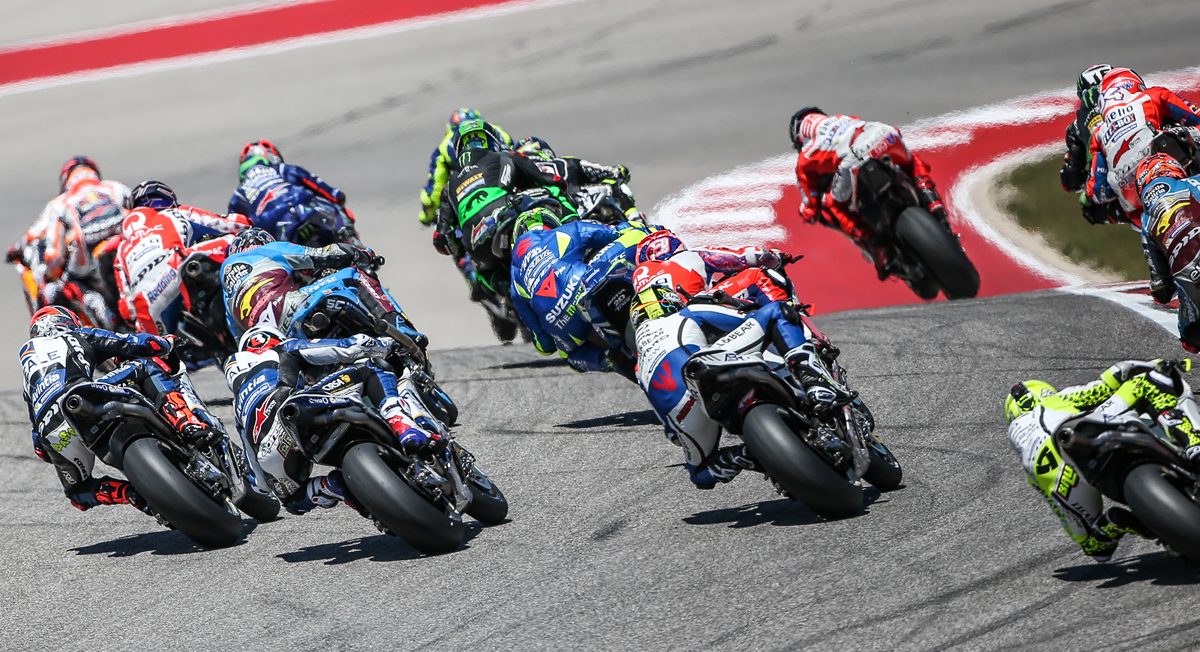 David Emmett: Don’t look far for the next star

David stays within the top five of MotoGP to ruminate on the next big player...
26th April 2017

Switching classes is never easy. When riders move from one category to another, no one is really sure how they will adapt to the demands of their new environment. A new bike which is heavier, more powerful, different tyres, different team, a new crew chief to get to know, and to try to find an understanding with, all this and more means moving up is far more than just a matter of getting on a motorcycle and riding it as fast as possible. Some riders adapt really well, quickly getting their heads around a new challenge. Others fall flat, unable to modify their skill set to the demands of a different type of bike. Most take their time to learn the ropes, getting better as they get more races under their belts. The really good ones are fast right out of the gate, beating expectations every time they swing a leg over their new machines.

The trouble for team and factory bosses is that it is almost impossible to tell how any specific rider is going to turn out. Results in one class do not always accurately reflect a rider’s potential once he climbs on a bigger, more powerful bike. “You need to be a bit lucky, sometimes,” Alberto Puig told me earlier this year. Given the wealth of talent Puig has discovered in his career – Casey Stoner, Dani Pedrosa, Toni Elias, Bradley Smith, and many more – he is luckier than most.

So it should come as no surprise that the incredible performance by Johann Zarco in his first three races in MotoGP has shocked everyone who watches MotoGP. Not just the fans at home, but the so-called experts, the people who are supposed to know about these things. In Austin, I spoke to senior figures in a MotoGP factory, a MotoGP team, and a Moto2 squad, and all three said the same thing: We didn’t expect this. To be honest, neither did I. 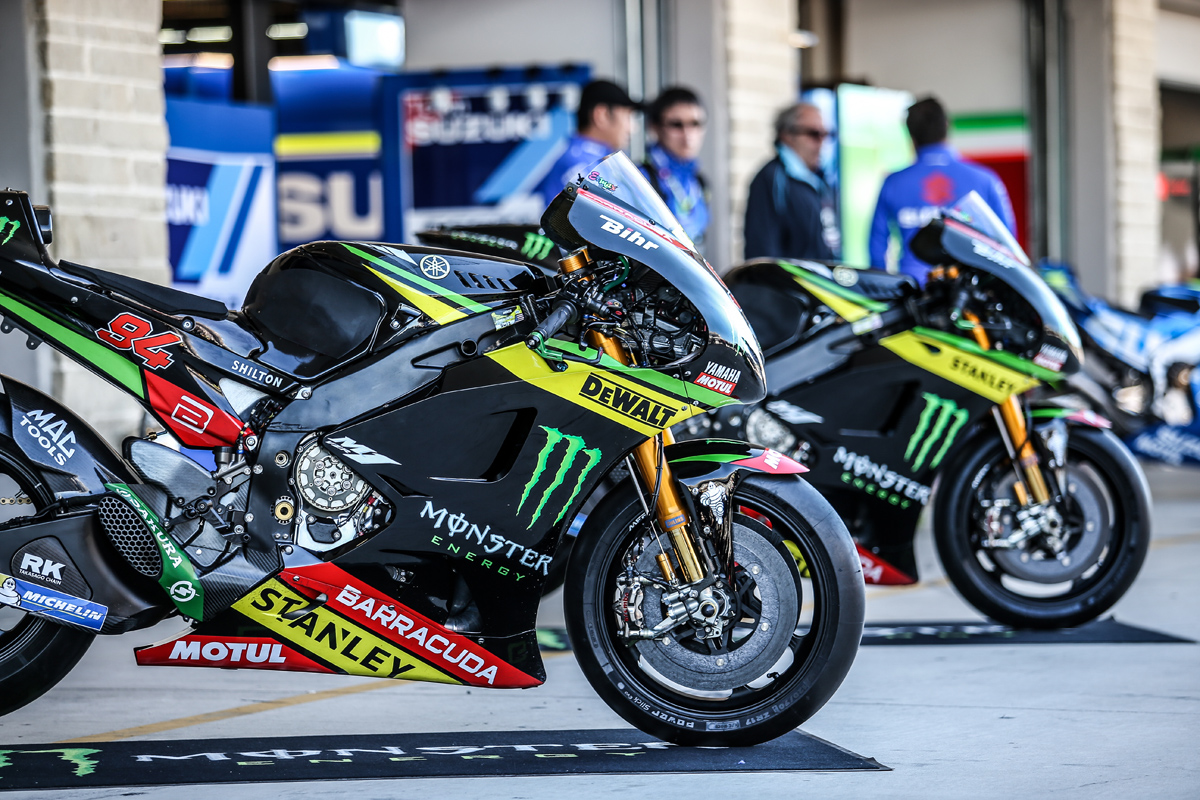 Of course, the fact that we should be so surprised at the first rider to win two Moto2 championships should do well in MotoGP probably says more about us than it does about Johann Zarco. But it is hard to know just how strong a particular year in Moto2 is, and how strong the opposition a specific rider faced was. You only really understand that in retrospect, which doesn’t help if you are a team manager looking to sign a rider for next year.

Just how good is Johann Zarco? I cannot remember a rookie entering the class and leading the first six laps of his debut race. What’s more, Zarco didn’t just sit at the front of a group and hold them up, he escaped and was putting time into the leaders. A group consisting of Andrea Dovizioso, Marc Márquez, Andrea Iannone, Maverick Viñales and Valentino Rossi: big names to be beating in your first race. Zarco crashed after six laps, obviously overreaching himself, but even then, there are few rookies who led a race and crashed out while doing so.

In Argentina, his second outing, he fought his way forward from fourteenth on the grid to finish the race in fifth, spending much of the race battling with Dani Pedrosa, until Pedrosa crashed out. Fifth is not where rookies are expected to finish in their second race, unless they happen to be on a factory bike. In Austin, Zarco was fifth once again, narrowly beaten by Cal Crutchlow (in his seventh year in the premier class, and with two MotoGP victories to his name). He is currently seventh in the championship, with five factory riders and Cal Crutchlow ahead of him.

Zarco is a satellite rider racing on last year’s machine. Yet he is clearly beating the other satellite riders, and a good many factory riders too. In many ways, his performance so far has reminded me of Casey Stoner’s first season in MotoGP, when he jumped onto a satellite Honda and showed up many a factory rider. Like Stoner, you have to believe that Zarco will not have to wait too long before he bags a podium.

There are other parallels too. Zarco, like Stoner, does not take the adulation of fans and media very seriously. They both knew how fleeting it was, and were more interested in their own achievements than in how those achievements were received. Neither took media attention very seriously, though Zarco remains unfailingly polite while doing his duty, unlike Stoner, who could sometimes barely conceal his contempt.

Both Zarco and Stoner are incredibly strong-willed, both having grown up in frankly bizarre circumstances. Stoner laboured under constant psychological pressure from his parents, who had effectively placed the family’s future on his shoulders at the tender age of fourteen. Zarco lived under the strict regime placed upon him by his manager and guru, Laurent Fellon, who controlled every aspect of Zarco’s life in pursuit of perfection in racing.

Both Zarco and Stoner are frank and honest, and invariably tell the unvarnished truth as they see it, rather than the filtered and polished politically correct version spoon fed by PR bods. They are both unique personalities, unlike other riders, and unlike the mass of humanity. They dance to their own beat, for better or for worse. That alone makes them admirable, for it takes great courage to always do what you believe is right, rather than please the crowd.

Can Zarco match the achievements of Stoner? It is a little hard to say. Zarco will be 27 this year, while Stoner entered MotoGP at the tender age of 20. Zarco still has a lot to learn – especially about managing tyres at the end of a race – but he is well on his way to challenging Cal Crutchlow for the title of best satellite rider in MotoGP. He should be scoring podiums and battling for wins by the end of the season. Beyond that, who knows? But one thing is clear. The Flying Frenchman is the joker in the pack of MotoGP. Talent will always shine through.