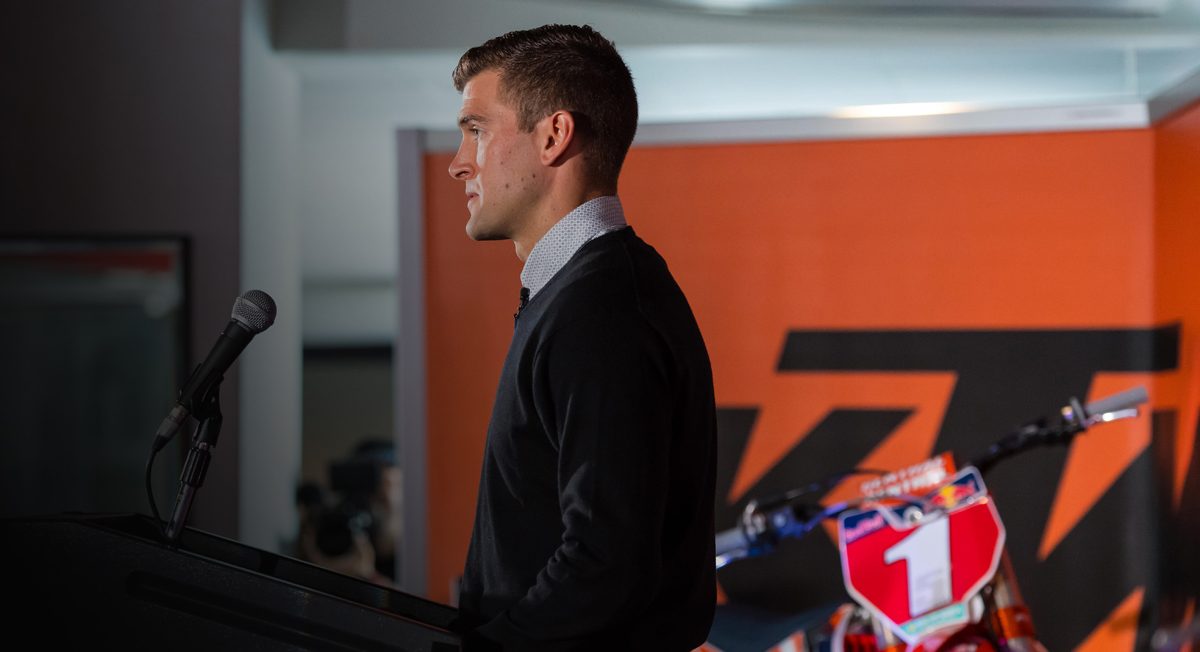 The buffer that halted Ryan Dungey

Ryan Dungey’s career-fold at the age of 27 means that the Red Bull KTM man (and still remaining in orange if claims from Mattighofen’s hierarchy are anything to go by) joins the sub-30 group of Ricky Carmichael and Villopoto into retreat…and his move was many months in the works.

Ryan’s press conference speech last week provided a revealing insight to the mental demands of a calendar that many acknowledge as one of the most draining and demanding at this level of motorsport. It is also no co-incidence that Dungey is the third multi-champion and decorated athlete to call time on his profession and way of life at the peak of his powers…and from the Aldon Baker stable. Linking up with the revered South African trainer provides a hard but clear road map to success and riches (enough to be able to leave your job) but would also seem to push riders to their limits in all aspects, to the point where the toil has a definitive lifespan.

The price of the commitment and the compromise cast doubt for Ken Roczen, and the power of a rider’s lifestyle and the crossroads effect of leaving an activity that most have practiced since they could walk should not be underestimated…just look at James Stewart’s predicament and career void: neither active nor retired.

It must be a tough or confusing situation at the very top. Generally, athletes at the peak of AMA competition are all working and throwing themselves at racing with ferocious intensity. To then excel requires even more, and that deeper involvement does not appear to be sustainable in the long-term. Even a person enamoured with competition like Ryan Dungey reaches a breaking point and after taking Villopoto’s slot in the Baker Factory three more years (with all the rewards it also brings) was enough. The case of Zach Osborne is the freshest: a motorcyclist that seemingly relishes any challenge on two wheels but is at last finding a streak of form and performance necessary to grasp a title. Baker is the common dominator. A ‘veteran’ of different scenes and contests, will Osborne be able find and continue – or even want – some longevity?

By no means am I suggesting that Aldon Baker and his frankly incredible methods are solely responsible for retirement of three of the sports’ most outstanding athletes, but the dedication required to live at that kind of level and also fulfil the rest of a rider’s job spec clearly necessitates something special and something costly. 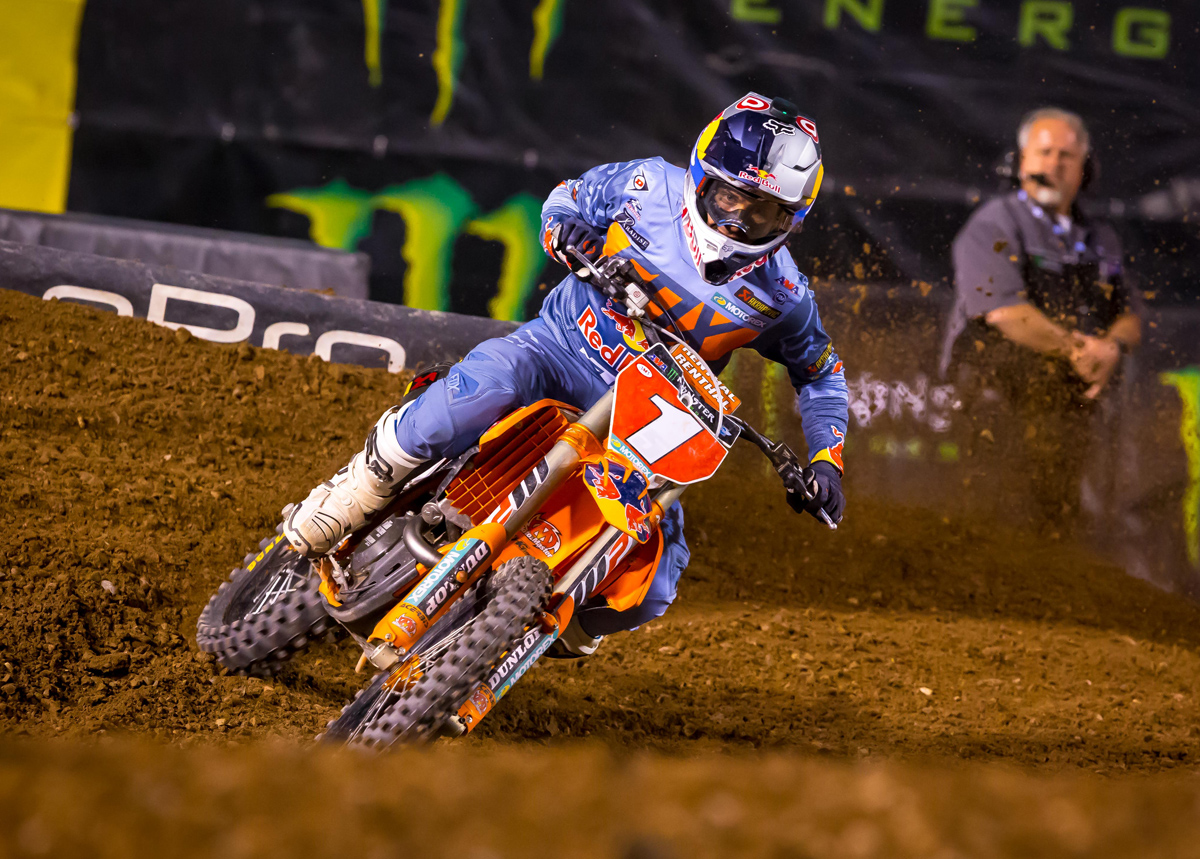 In 2012 – Ryan’s first year with KTM and at a time when his great rival Ryan Villopoto was already becoming disillusioned or fatigued by the process – we spoke at the Dodgers Stadium, one week after he gave the Austrians their first ever premier class Supercross win.

‘Without a doubt it is an intense sport and that’s why a handful of riders can handle this position and pressure,’ he said back then. ‘It is fun out there and it is enjoyable but there is a stress that comes with it for sure. It puts the candle out pretty quick and you need to recharge and recover. There are a lot of races but I will never complain about it. I figure that if my heart is 100% into it then I’ll always do this sport. The day it isn’t then maybe it is time to step away. Without a question there is wear and tear physically and mentally but there is also this in other walks of life. The way I look at it is that it could be a lot worse! I get to do what I love and I get paid to do what I love and every though I accomplished every championship in motocross – and I’m not bragging when I say that – I feel there is a lot more I want to achieve and I haven’t tapped into that yet. I have some good years left in me and I want to live them to the fullest.’

It could be argued that Dungey was good to his word. He achieved more (a first 450SX title for KTM) and evolved to become the face of the series on cereal boxes and with a streak of consistency (missing the podium only five times in the last three years) that will perhaps never be bettered. ‘Enjoy the victory and enjoy the time but if you sit back too long the train will roll by,’ he also said in LA.

Last week Ryan elected to disembark the train. ‘I’ve gone as hard as I can for as long as I can,’ he said. ‘[it has been] A good year of thinking about things, back in November things were starting to weigh on me. Mentally I struggled. I never thought I would be in a place where I would have to talk myself into a race.’

The broken neck due to his crash at Thunder Valley for the third round of the 2016 Lucas Oil AMA Pro Nationals was a catalyst [‘I felt invisible until something like that’] as well as Roczen’s brutal spill at Anaheim II that now places the German’s career as a supercross and motocross race winner in the balance. ‘[It was] one more reason, one more thing that makes you think ‘it can happen so quick’. It is dirt bike racing and we are all aware of the risks but you cannot be caught thinking ‘I don’t want to get hurt’. You have to be prepared to accomplish a goal,’ Dungey said.

Team Manager and mentor Roger de Coster also saw Dungey’s shoulders starting to dip and the 2017 supercross campaign was a trial. Dungey spoke of ‘seeing out’ the SX term, indicating that ‘the clock’ had already started sometime ago and in the wake of the neck injury that could have been far more serious. ‘[There were] many things weighing on you but probably the biggest thing was that you did not want to let us down and I have never worked with a rider that has taken his job as seriously as you have; I think that is the biggest weight.’ De Coster said while addressing Dungey at his farewell press call. 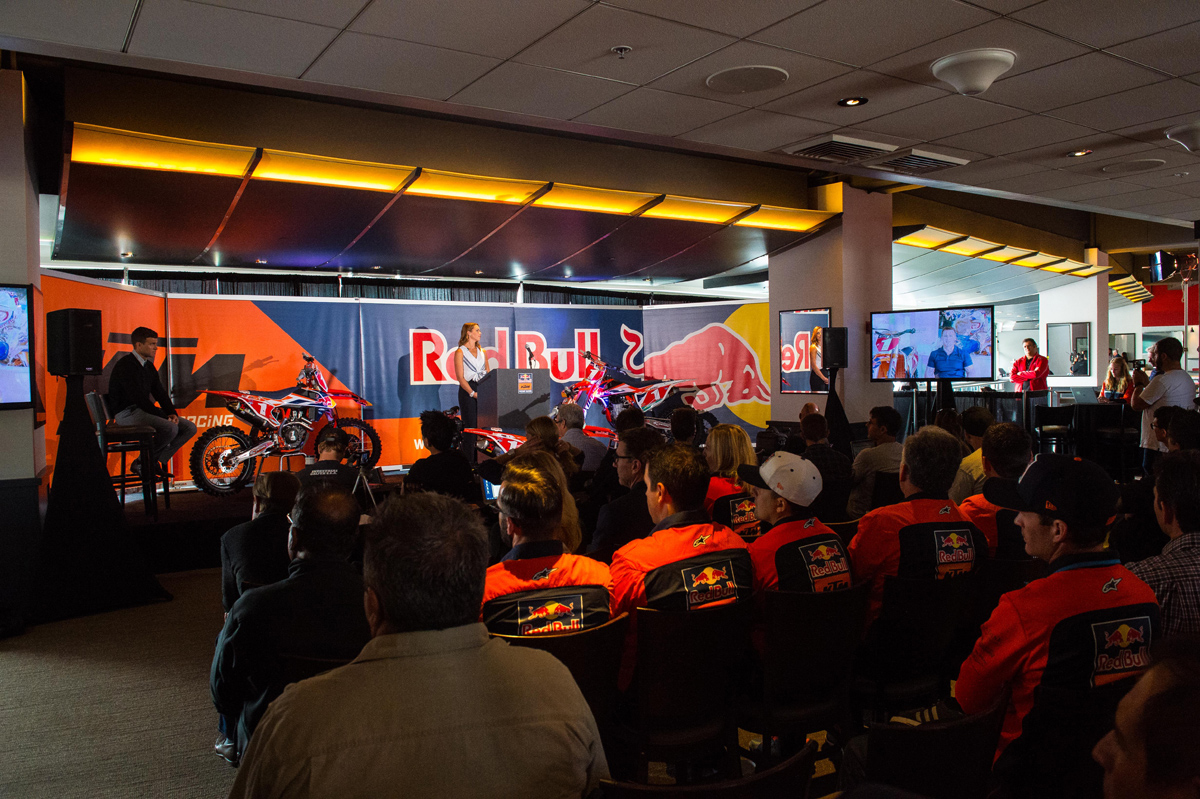 Supercross, motocross and at least three other race obligations between dates like the Monster Energy Cup, the Motocross of Nations, Red Bull Straight Rhythm or Give Me 5 or an SMX Cup meant over thirty weekends of action and more than sixty race/moto starts. Apply training and testing and it adds up. Dungey is another gleaming product at the end of a fast-paced conveyor belt, and despite the incoming ‘waves’ of talent leaving deposits on American racing’s shoreline – with some raw diamonds in the sand – he will be missed.

OTOR’s contributor Steve Matthes, Jason Thomas and Jason Weigandt had a decent stab at trying to place Ryan’s career in the wider picture of the sport in their PulpMX Podcast last week (listen HERE) and the statistics are stunning: second place in all-time 450 motocross wins, sixth in motocross, seven titles and in every category and those early Nations victories.

Then – like Nicky Hayden – there is Ryan’s likeability and professionalism. He has retained an affinity with fans and media, and although has unfairly faced a tag of being ‘boring’ due to a lack of crashes in form or remarkable incidents of punching, dirty riding or off-track controversy, he has always been a personality that people will root for.

A frequently repeated phrase at Dungey’s declaration last week was ‘a break…’ #5 clearly needs some distance from the all-consuming nature of racing dirtbikes. He said he has never felt fitter or been better in terms of racecraft but a side of competition that not many riders talk about but constantly deal with on a daily basis became too much of an opponent to wrestle.

Dungey is a poster boy for the sport in many ways but is he also a cautionary tale? He is healthy, wealthy and revered, so it might be ridiculous to suggest so…but at 27 he is also now lost to this generation of fans on the crest of watching, riding or starting to compete themselves. Ryan has smashed a crater into the record books…but motocross/supercross has lost one of the brightest ever symbols of how to do things right.