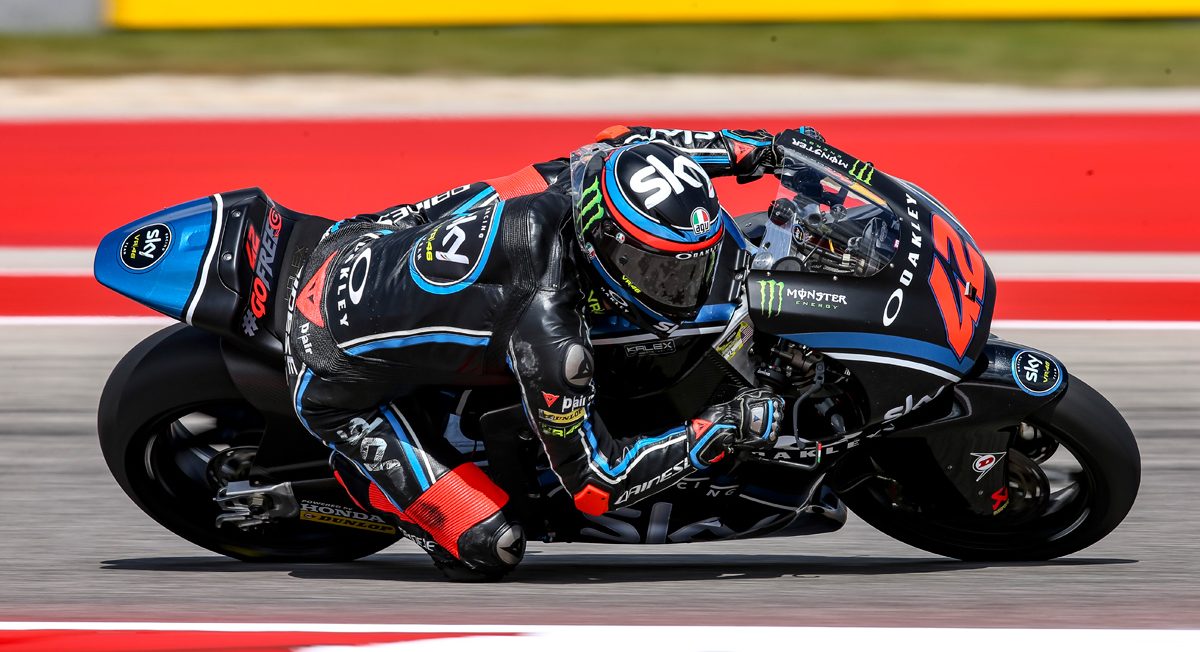 The Next One: Pecco Bagnaia

Getting chatty with the fast Moto2 rookie
8th June 2017 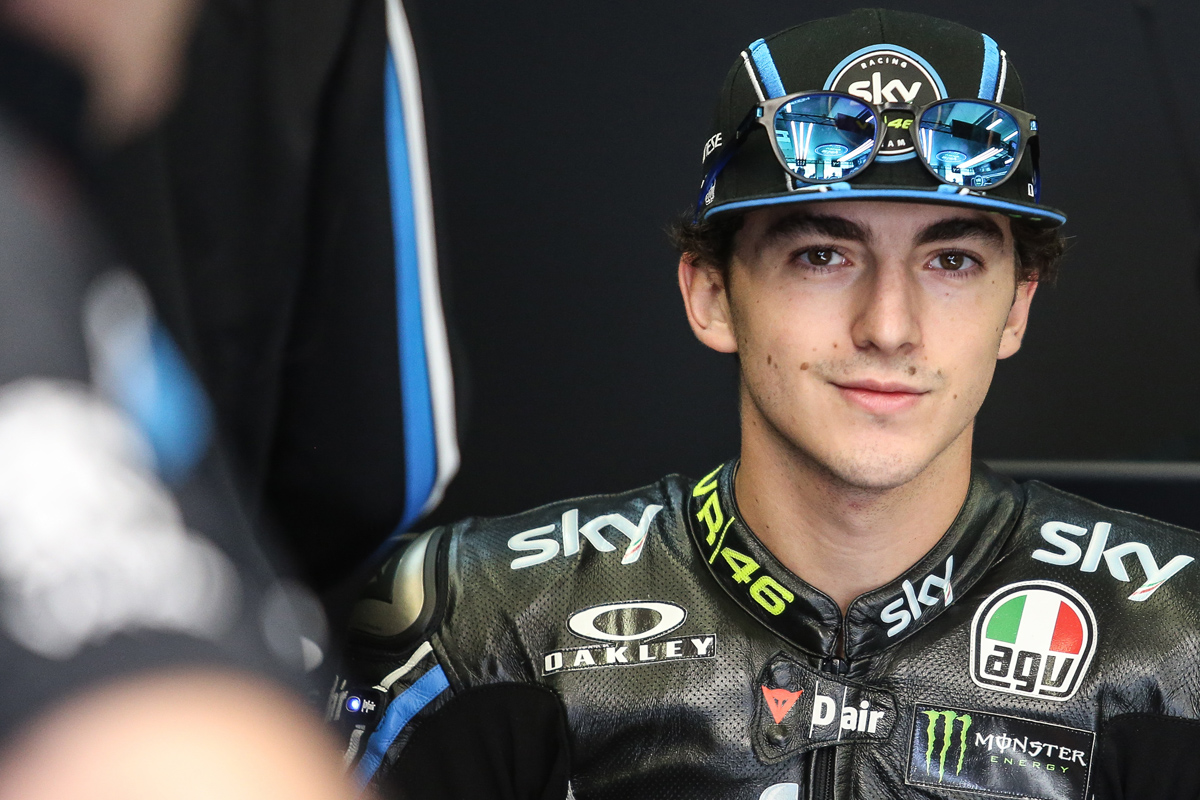 There is not much to dislike about Francesco ‘Pecco’ Bagnaia. The twenty year old is clearly head-over-heels with his profession and lifestyle, has an endearingly sense of humour and jovial demeanour and looks like he is destined for great things in Grand Prix after Moto3 wins in 2016 (two with the unfancied Mahindra) and two podium trophies so far this season in his first crack at Moto2.

Yes, he is ‘another Italian’ and one of the privileged eleven within the VR46 Riders Academy that means he is afforded the support and resources that many young hopefuls can only dream about. He is also part of the Sky Racing Team VR46 structure and has arguably one of the best opportunities in the entire paddock of the Moto2/3 categories. But those blessings carry a heavy weight. Bagnaia cannot afford to slack off, drop the ball or feel like he has ‘made it’. Neither can he buckle under the media spotlight, show signs of weakness or vulnerability: there are hundreds of others that would claw for his saddle and spot at under Valentino Rossi’s wing.

So far Pecco has been able to keep flashing that distinctive smile. 2017 represents the very first venture for Sky Racing Team VR46 in the Moto2 class and his/their impact has been immediate and to the point where he can already start to slowly exhale. Friend and academy-mate Franco Morbidelli has been ruthless with the Moto2 chequered flags but Bagnaia is at a different point in his upward career arc. He may occupy a slot on the packed Italian conveyor belt coming into MotoGP but, second to ‘Morbido’, is looking one of the shinier picks.

#42 is deservedly gaining plaudits for his rapid achievements and especially in the closest and most cut-throat division of Moto2 where names like Pol Espargaro, Scott Redding, Morbidelli, Tito Rabat, Alex Marquez and even his brother Marc needed time to master. On his test of the Aspar Ducati at Valencia last November [his reward by the Spanish team for the Moto3 results posted in 2016] Bagnaia also raised a few eyebrows. 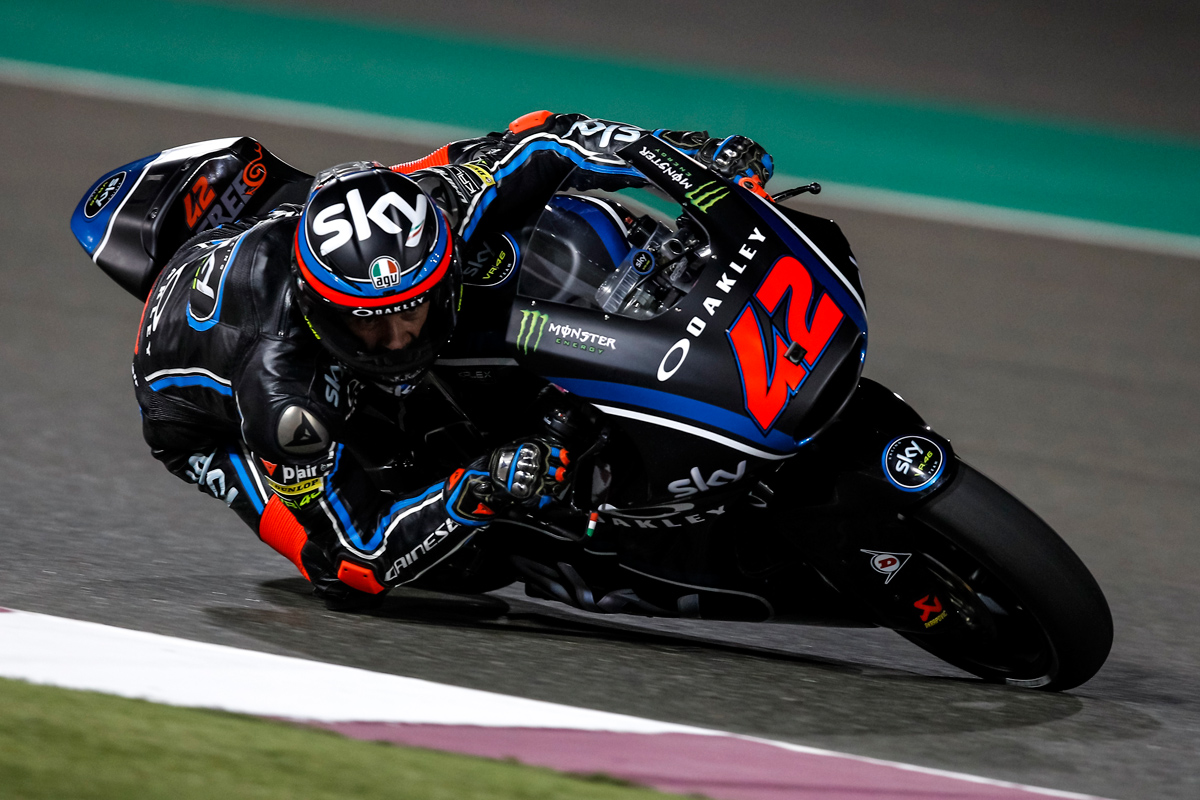 Now five years in the world championship paddock Turin-born Bagnaia is really finding his stride. In the relatively minor duty of conducting an interview in English he is also comfortable and tackles questions and hiccups with a second language (he speaks three) with the kind of confidence he displays on two wheels.

Pecco (so called by his older sister when the pair were small) is an athlete on the cusp. Morbidelli might have MotoGP teams and manufacturers ruffling contract papers for the very near future but Bagnaia is also following hard upon when it comes to others investing in the next athlete to tackle the likes of Marquez, Viñales, Miller and co.

Before looking ahead, we’re curious about how it all began…

Tell me about falling in love with the motorcycle…

My father and uncle went to a lot of tracks like Mugello, Misano, Vallelunga and a lot in France. I only remember Paul Ricard because I was a bit older. I’m a middle child – I have an older sister and a younger brother who is only ten.

How was the relationship with your father and uncle…?

Good…but it was ‘my’ thing to ride a bike. I wasn’t pushed. I saw my Dad riding and just really wanted to try. I had a go at Basketball and Football but I wasn’t good enough to play these games. The first time I rode a minibike was in 2005 – or 2006 maybe – and it was incredible that I was able to touch the ground with my knee straight away. I was thrilled and that was the start of it for me.

Where were you riding?

With the Beta, basically minicross and it was in my grandmother’s garden – Christmas day was the very first time. My grandfather had bigger garden and he was OK with me riding there. I preferred the minibike and riding on asphalt compared to minicross because it was all about the speed for me…and things like touching my knee on the floor. I was not ‘into’ jumping, I was scared by it. Even today if I ride motocross then I get worried about the jumps.

So going fast became a bit like a drug?

Yes…but then I wasn’t riding that much on the minibike; maybe once or twice a week…and that was OK for me. Sometimes even twice a month. I think if you ride a lot of laps then it can get boring and repetitive. If you have to stop then you spend every day wanting to ride again. School was also boring for me and I was happy I stopped when I started in the world championship in 2013. It was impossible to compete and also follow the schooling. Now in the academy we are studying English, with lessons twice a week, and that is the most important thing to learn at the moment. 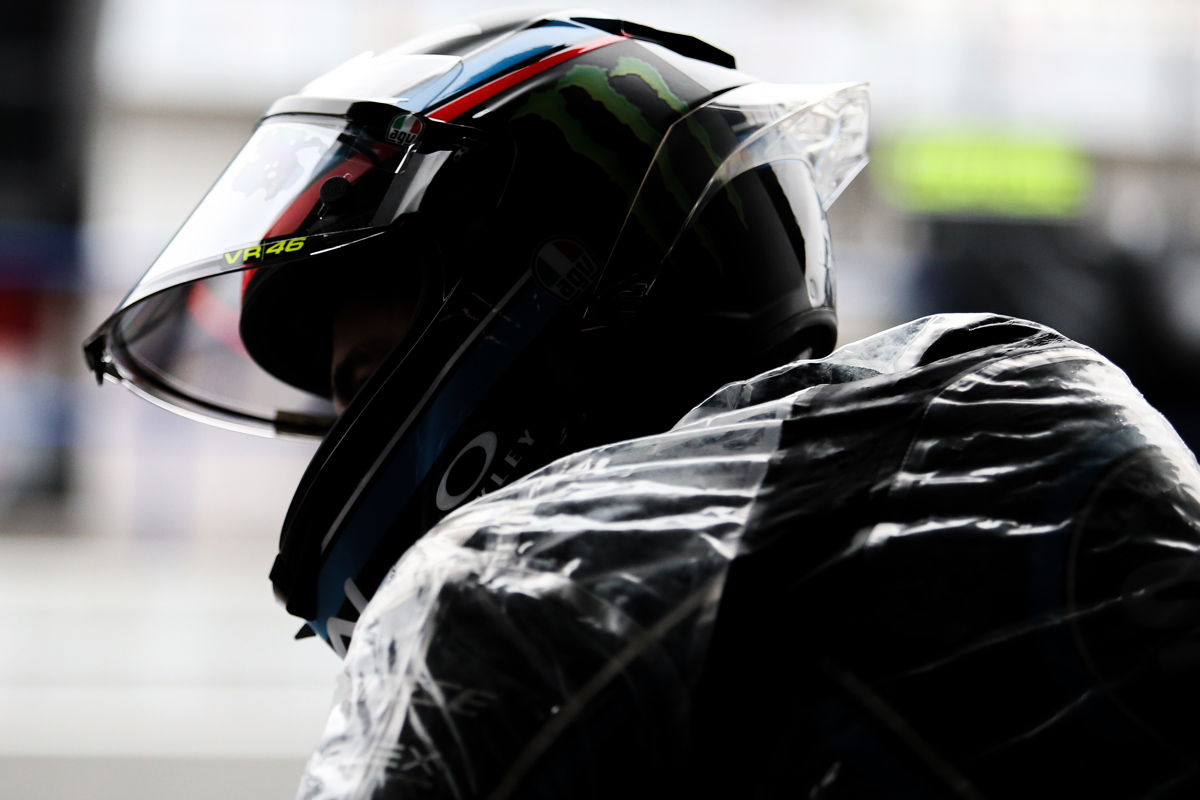 Do you find it difficult?

Yes! It feels like there is a lot to learn but I watch TV with the subtitles – I like Family Guy! Something like Spanish is not a problem for me because in 2010 I started racing in Spain and in the CEV series and I picked it up quite quickly, obviously it is similar to Italian.

Now you have to use that English more and more…

Yes, by making that step [in results] it is normal, and English becomes even more important. Even when talking with the technical staff from Kalex. That direct contact is vital; it is not the same as talking to the Crew Chief and then he explains to them. I’m the rider and I have to say how I am feeling on the bike.

What was life like when you first started racing?

It was not a big change because I continued to live with my family and friends when it all started. Even now that is very important to me – to have that aperitif or dinner with friends and family. I want to keep that…even though I moved to live in Pesaro and it is a little more difficult to do.

To read the rest of the article click HERE