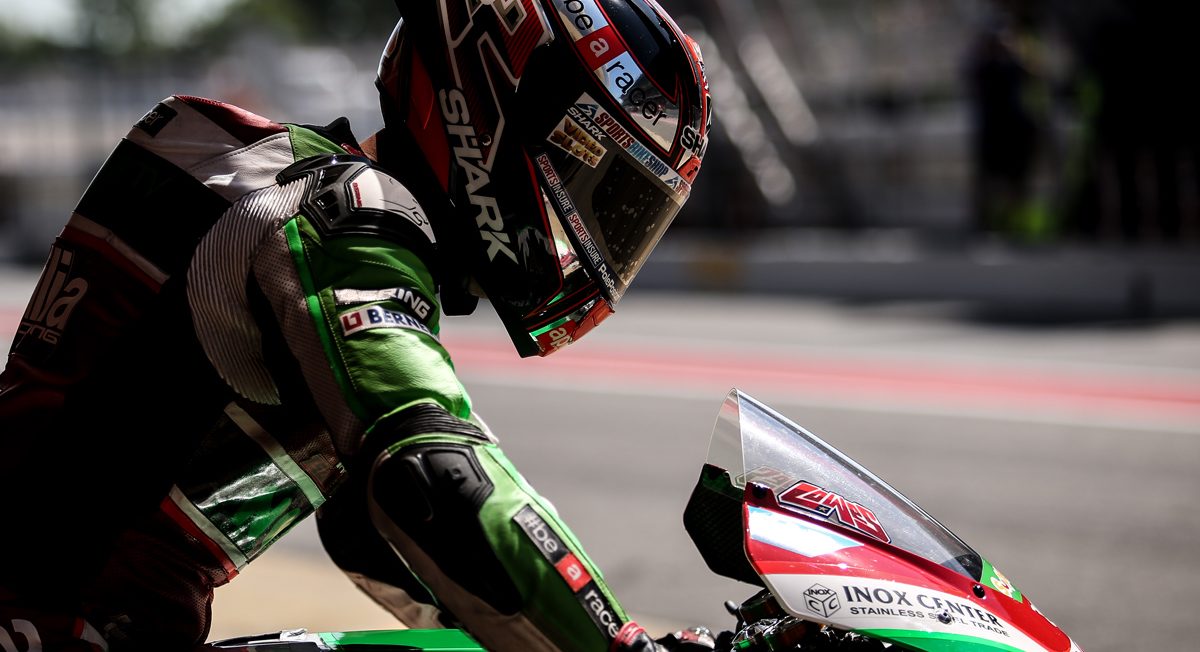 The opening gambit sounded genuine enough. Aprilia is fully behind Sam, he said. They hadn’t handed him a three-year contract (one year with team boss Fausto Gresini’s Moto2 team, two in MotoGP with the factory team) for nothing. Aprilia is hopeful an improvement in results will come soon. Then came the ‘but’. ‘But at the same time we have to prepare next season in case this will not happen,” he said. ‘So we are talking with some other riders because of this.’ There may be no strict deadline, he added, but Lowes’ results must show an upward trend. And do so quickly.

So there we had it. It had taken Aprilia management a winter of testing and less than seven races to judge its new asset. Racing has always been a results driven business, and a look at the championship table suggests this was the simple case of an employee receiving a timely reminder of that age-old cliché – you’re only as good as your last go. Lowes has scored just two points – a 14th place at Le Mans – in the first seven races of the year. A class rookie he may be, but so too are Johann Zarco and Jonas Folger, men who finished in the top six last Sunday, ahead of their full factory-backed Yamaha colleagues.

If we are to judge Lowes by his own preseason aims – to progressively finish closer to the leaders as the season wears on – we have yet to see that distance to the winner decrease (in Qatar he was 47s back of the race winner, then 68s at Jerez, 55s at Le Mans, 50s at Mugello and 55s at Barcelona). What’s more, Aleix Espargaro has shown the has top-five potential on three occasions this year. Yes, reliability has been an issue, but when the RS-GP runs all the way to the end, it is more than a match for MotoGP’s satellite contingent, and quite a number of full factory ones too.

But one can never take a championship table as the whole story, and the general sense of those in the paddock on Monday evening was that Lowes was getting a raw deal, for the 26-year old’s path from Valencia last November to now has been far from straightforward. Not only did he have to gradually build up his confidence after a bruising end to his final Moto2 campaign, a collision with a trackside tyre wall at the first preseason test at the Ricardo Tormo circuit left him barely able to walk. Not what you would call an ideal start. 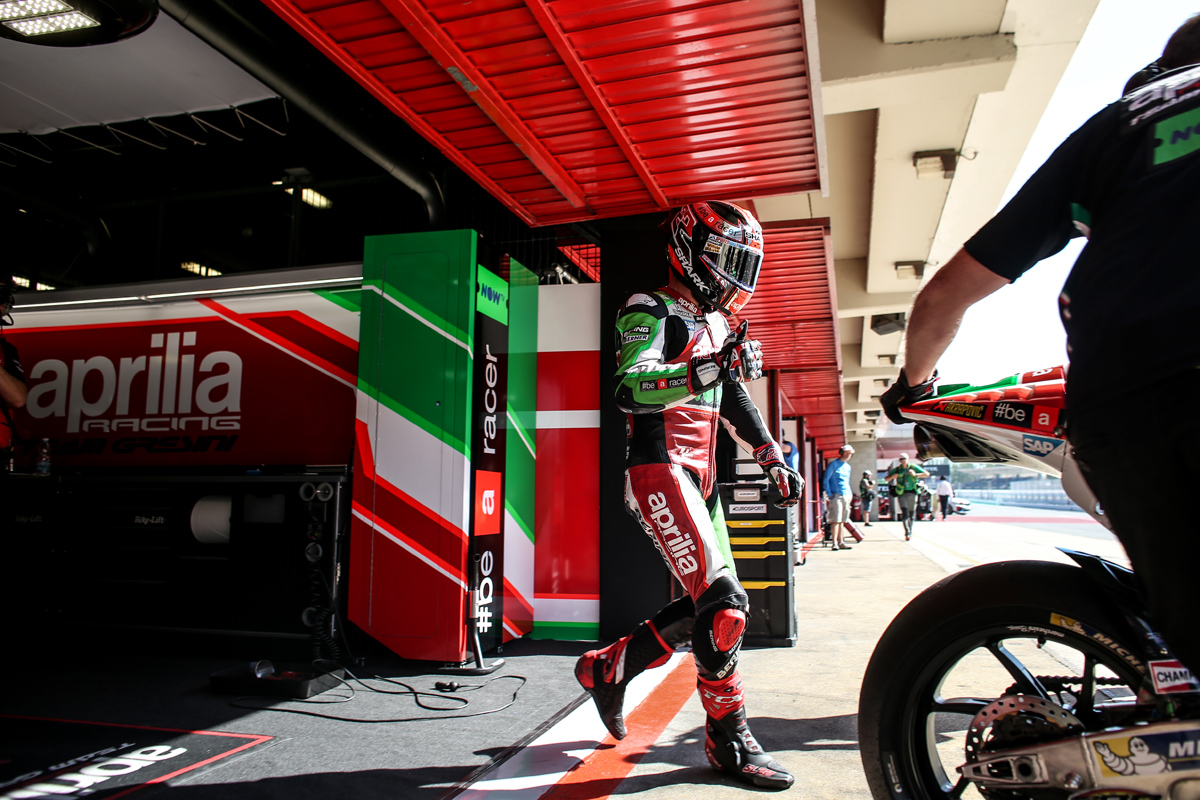 Then there is the issue of Lowes’ RS-GP. Albesiano had seen fit to have the former World Supersport champion complete three of the four preseason tests on the ’16 bike, giving him just a handful of days in Qatar to prepare on what he would eventually race. ‘We couldn’t ask him to judge the project, said the team boss before the season began. ‘He had no reference. Also we would put pressure on him so Aleix did this part of the job.’ From then until the seventh race, the spec of Lowes’ RS-GP was not the same as his team-mate’s. His has been a bike under continual evolution and in Barcelona, Lowes commented it was the first occasion he had ridden the same machine as the race before. ‘I’m two steps behind [the engine Espargaro is using] but it’s not exactly been without issue.’

It’s not as though Lowes has been riding a machine without faults. Mechanical gremlins disrupted his race in Qatar and Argentina, while electronics issues halted the Englishman’s qualifying at Jerez and Barcelona. For these rumours to emerge on a weekend during which Aprilia’s reliability issues reared their ugly head once again, it did not reflect well on the Noale bosses.

Call me old fashioned, but it feels as though a rider that has spent the past ten years on a 600cc machine deserves more time to adapt to a MotoGP prototype. After all, it wasn’t just Lowes’ speed that attracted him to the factory. The Englishman was known by Ohlins technicians as the rider in Moto2 that could give incredibly precise feedback. As Albesiano told Crash.net last year: ‘He always makes very precise reports of every race. His feedback is very good and he’s a clever guy.’ That hasn’t changed since the step up to the top class either. My comments have been nearly word for word what [Alvaro] Bautista and [Stefan] Bradl [Aprilia’s ’16 line-up] said last year,’ said Lowes during preseason – a useful asset to any team seeking to bring its bike forward.

Lowes has a basic grasp of Italian, but it can be a touch difficult walking into a garage where everyone speaks one language, you speak another. Understanding working methods and feedback takes time. Anyone that has lived or worked abroad can identify with this.

Very rarely does racing give way to sentiment when results are below par, but it was less than a year ago that Lowes was occasionally beating the likes of Zarco, Folger and Alex Rins. As Espargaro intimated last weekend, judgment should be reserved for later in the season. One only has to be reminded of Lowes’ first grand prix win at CotA in 2015, when he put a bruising free practice spill to one side to win brilliantly, to show he is a fighter. Names like Crutchlow and Smith didn’t get it right at their first attempt. Give him a bike that is the same as his team-mate’s, that can work all the way through a weekend and then look at the results. Lowes’ career to date shows, at the very least, he is deserving of that.