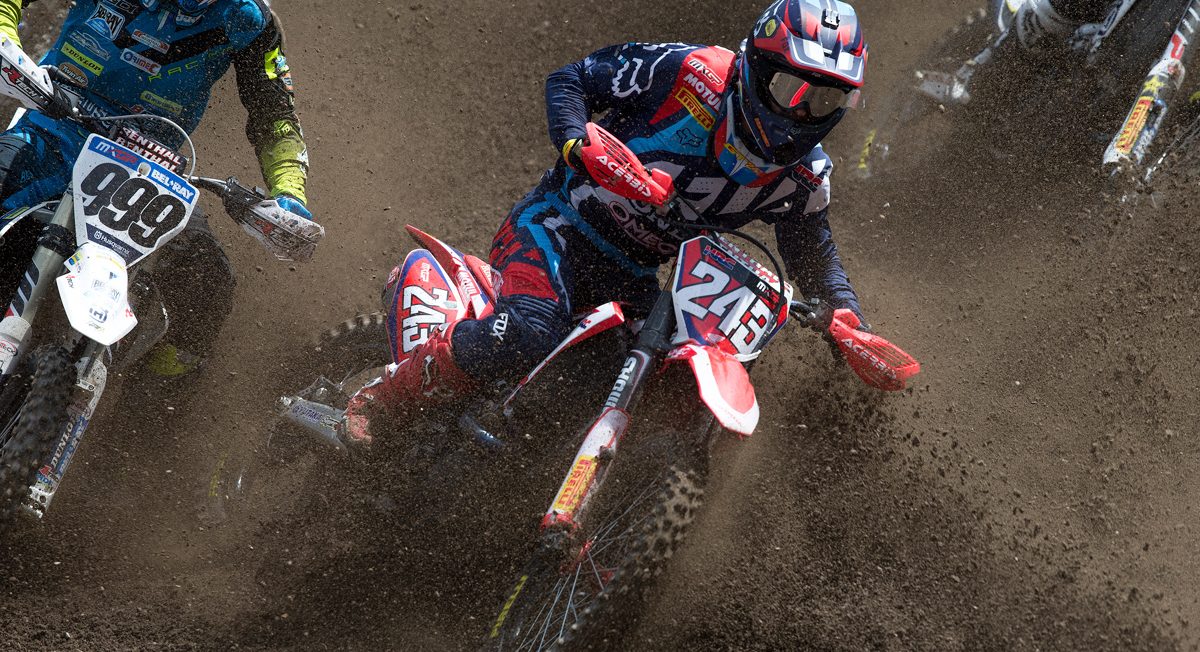 World Champion Tim Gajser led a Grand Prix for the first time in eight rounds last weekend in the Czech Republic and was relieved to return to a level of speed and form after a run of injury problems. The twenty year old finished third overall at the thirteenth fixture of the year and the result represented his first podium appearance since the Grand Prix of Trentino in Italy back in April.

Gasjer started strongly and won the first moto but was uncharacteristically caught and passed in the second race at Loket. “I made some small mistakes and lost the rhythm and it was hard to come back to the same rhythm,” he admitted. “[however] it was the first time in some weeks where I enjoyed riding the bike.”

The HRC man circulated with a shoulder injury for two GPs and then sat out another two meaning that he languishes fifth in the MXGP standings and 170 points behind Tony Cairoli with his hopes of a third consecutive title all but extinguished. Cairoli sits ahead of Monster Energy Kawasaki’s Clement Desalle by 92 points (with a maximum of 300 remaining this season) and 105 ahead of Red Bull KTM teammate Jeffrey Herlings; it was the Dutchman’s name that came first to Gajser’s lips when asked who would be the closest opponent for the Sicilian in the chase for his crown. “Jeffrey is really fast in the last couple of rounds so maybe Jeffrey…but Clement is also there,” he said. “It will depend on the day and who has the feeling on the track.”

Gajser has long been associated with a move to AMA Supercross and Motocross competition and has openly stated his desire to attempt the stadium-based series across the Atlantic. He still has two years left on his HRC deal and despite the good odds of an American CRF450F saddle opening up with Ken Roczen still to full rehab from his multiple arm break, the Slovenian seems to be cooling to the idea of an immediate move. When quizzed to his future plans #243 laughed and said: “[we] still some races to go [this season] and we are not talking about it.”