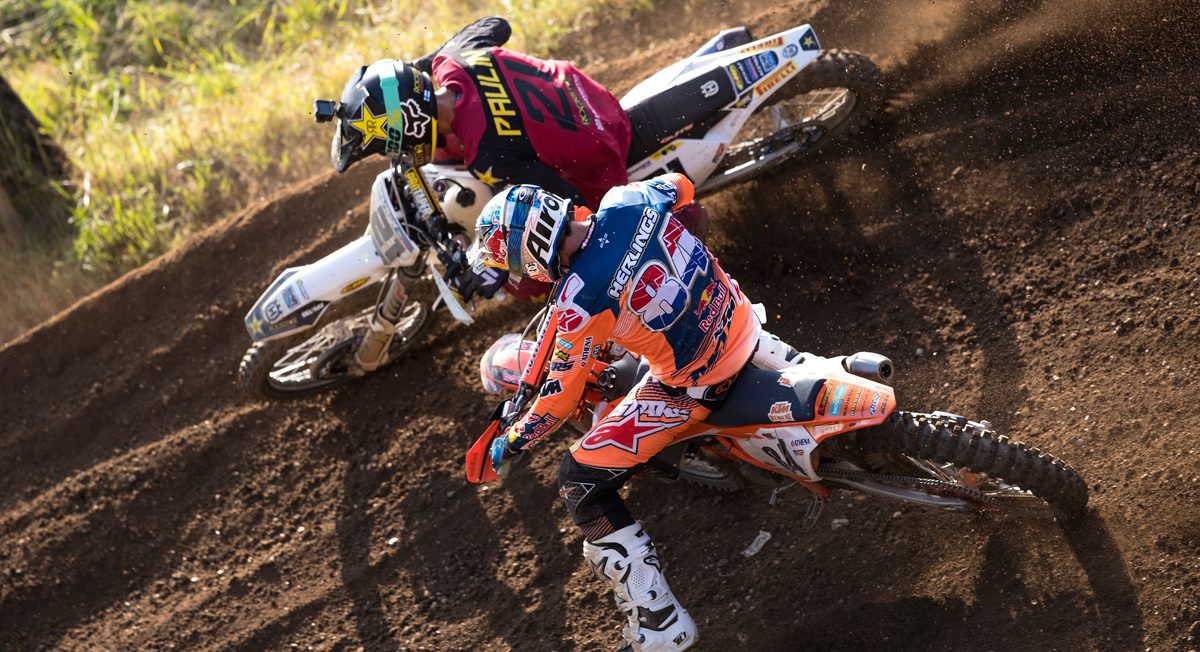 Herlings and Cairoli expected to face-off in Lommel sand

This weekend’s Grand Prix of Belgium will take place in the Lommel sand for the fourth year in a row, and for the first time since the 2012 Motocross of Nations Red Bull KTM teammates Tony Cairoli and Jeffrey Herlings are poised to enact an exciting duel in the premier class.

Cairoli has not won at Lommel since 2014. Injury forced his absence two years ago and a lack of race fitness meant the Sicilian could only finish in third place last season. Amazingly Herlings – who has won or appeared on the podium of his home Grand Prix at sandy Valkenswaard every campaign since 2010 – has not competed at Lommel since the ’12 Nations where he chased Cairoli hard on his 250SX-F and almost caught the-then World Champion.

Herlings has a terrible record at the Belgian fixture: crashing and breaking his collarbone at Bastogne in 2013 and then missing the last three editions of Lommel due to a broken femur, dislocated hip and another collarbone mishap twelve months ago.

The Dutchman is just 13 points away from Monster Energy Kawasaki’s Clement Desalle in the current MXGP standings and from giving KTM a 1-2 running order with the 450 SX-F. Cairoli has a 92 point margin with six rounds and 300 left to win and is mindful of the bigger picture as he closes on title number nine. 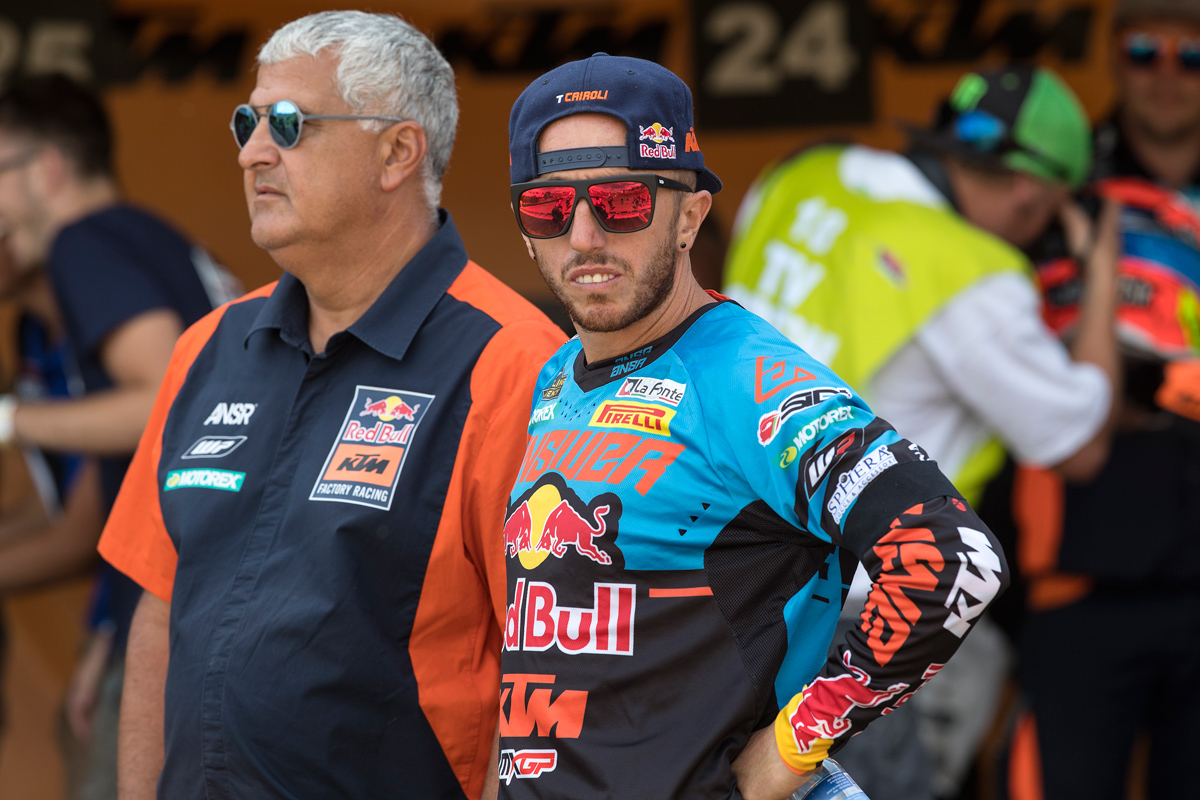 “Jeffrey is very fast but the championship is more important for me than a single race,” #222 said when asked about the forthcoming ‘orange’ battle in the sand. “To fly forty minutes in the sand you need to be really focussed and you need good condition – which I have at the moment – but Jeffrey is also very fast. If possible we could have a good fight but those points are important and not worth a stupid mistake.”

Herlings will not only discover a new layout at Lommel this weekend (after three editions the trajectory has been altered for round fourteen of nineteen) but will also attack the sand for the first time with the 450. “It depends how they treat the track: if it is left to get rough and really bumpy then I will love that,” he opined on the potential ‘running’. “We don’t know if it will rain or the track will be flattened a lot. There can be a lot of situations.”

A prominent podium threat could be Rockstar Energy IceOne’s Max Anstie who has scored MX2 victories at Lommel with two different motorcycles. The young Brit has already walked the MXGP rostrum in his first term in the class. The 2016 Grand Prix was won by Kevin Strijbos and teammate Arminas Jasikonis will be another rider to watch as Stefan Everts’ team aim for their first triumph of 2017. 2015 Lommel winner, Shaun Simpson, is still recovering from a broken arm but has started riding the Wilvo Yamaha this week and could be set for a return as early at the Grand Prix of Sweden.