84 or 222? What’s your bet? On the evidence of Saturday’s practice and qualification heat results then this fourteenth round of nineteen is floating into the palm of Jeffrey Herlings. The 22 year old is competing on the punishing Belgian sand for the first time since 2012 (absence due to injury) and a maiden competitive appearance with the KTM 450 SX-F. He made up for lost trophies by rising from fifth place on the first lap to snip at a five second deficit to Cairoli and pass his teammate on the last circulation. “He was riding great lines; all my lines, and it was tough to find a place to overtake,” he said. “Two laps before the end I decided ‘I’ll do it there’ and it worked out.”

Cairoli, dominator of Lommel in 2013 but – like Herlings – injury impeded in 2015 and 2016, seemed in control and then irked that he was dumped to second spot with half a lap to the flag and offered resistance. The 31 year old talked of keeping the bigger goal of the world title firmly in view at arguably one of the hardest and most physically sapping circuits on the GP slate. He also was not phased by Herlings’ challenge. “[It was] No surprise for sure,” the series leader remarked. “I think Jeffrey is very motivated to win this race because he is coming from some difficult GPs where he missed the podium. I know he is 100% motivated and today especially with the ruts and very deep sand it was technical and he was very good.” 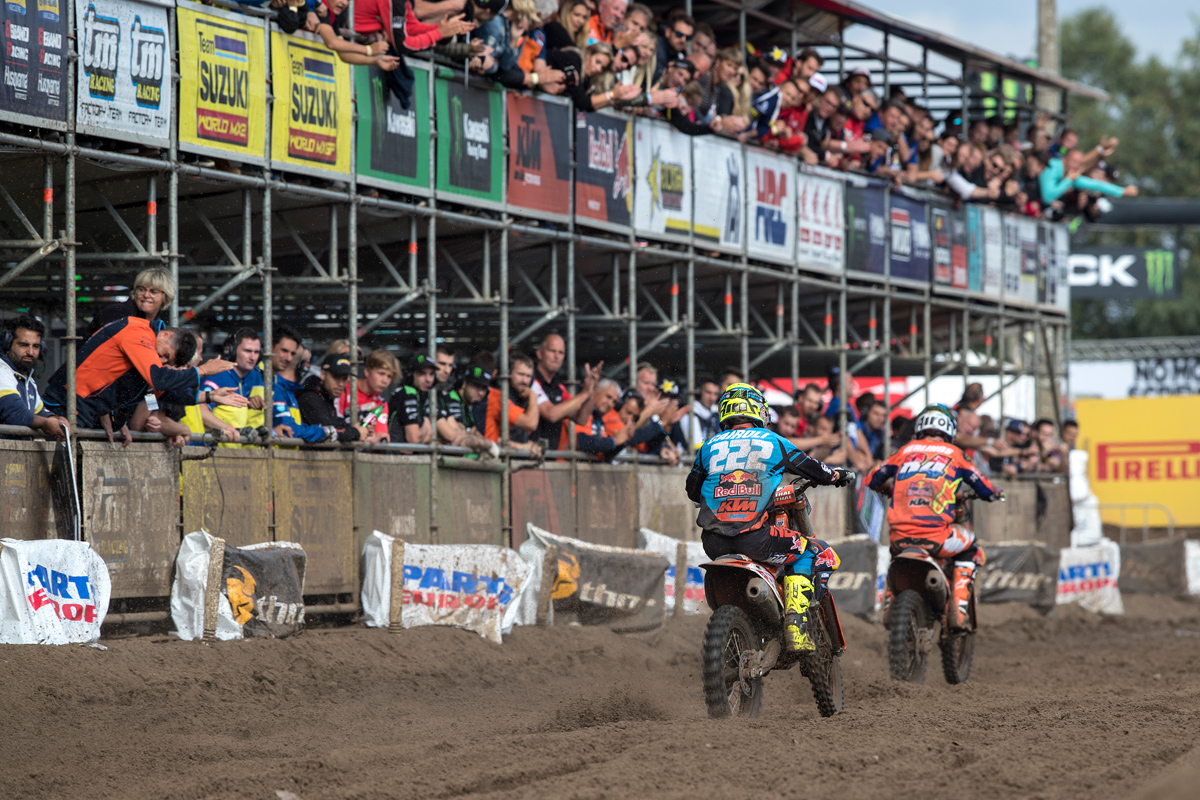 “I was also riding pretty good but make some mistakes at the end of the race and he got closer,” he went on. “I also lost four-five seconds at the start of the race with a crash. We’ll have more minutes tomorrow [in the motos] and the track will be drier so I think we’ll have more flow and hopefully we can have another good battle…but I also have to think of the championship. If I am able to win then I will do my best.”

Cairoli and Herlings have ‘previous’ on the sand. They both diced for track space in the furnace of Ottobiano and the Grand Prix of Lombardia in Italy last month with Cairoli owning the second moto and seemingly relishing a second home victory of the year; he remarked on defeating the ‘sand master’ that day while Herlings needed treatment for heat exhaustion.

Lommel was always going to be a ‘sequel’ between arguably the two quickest riders in the class at this current time. Suzuki’s Arminas Jasikonis was the next feistiest and was a clear third until his exhaust silencer dropped off and he was penalised down to eighth spot.

Lommel had been turned around for the fourth consecutive hosting of the Belgian fixture in an effort to create a novelty of a venue that a great many of the GP flock know intimately through countless hours of training motos. Not only was the trajectory reversed but a new start gate, first corner and at least four remodelled sections formed Lommel 2017. The track mixed fast parts and slow, narrow segments that had the unusual effect of pushing lap-times closer. Two bouts of torrential rain also had an effect.

“The track was really gnarly and difficult for passing; normally we say Lommel is easy for passing!” observed Herlings. “I think the rain pushed more people into the dry line and it became tougher.” 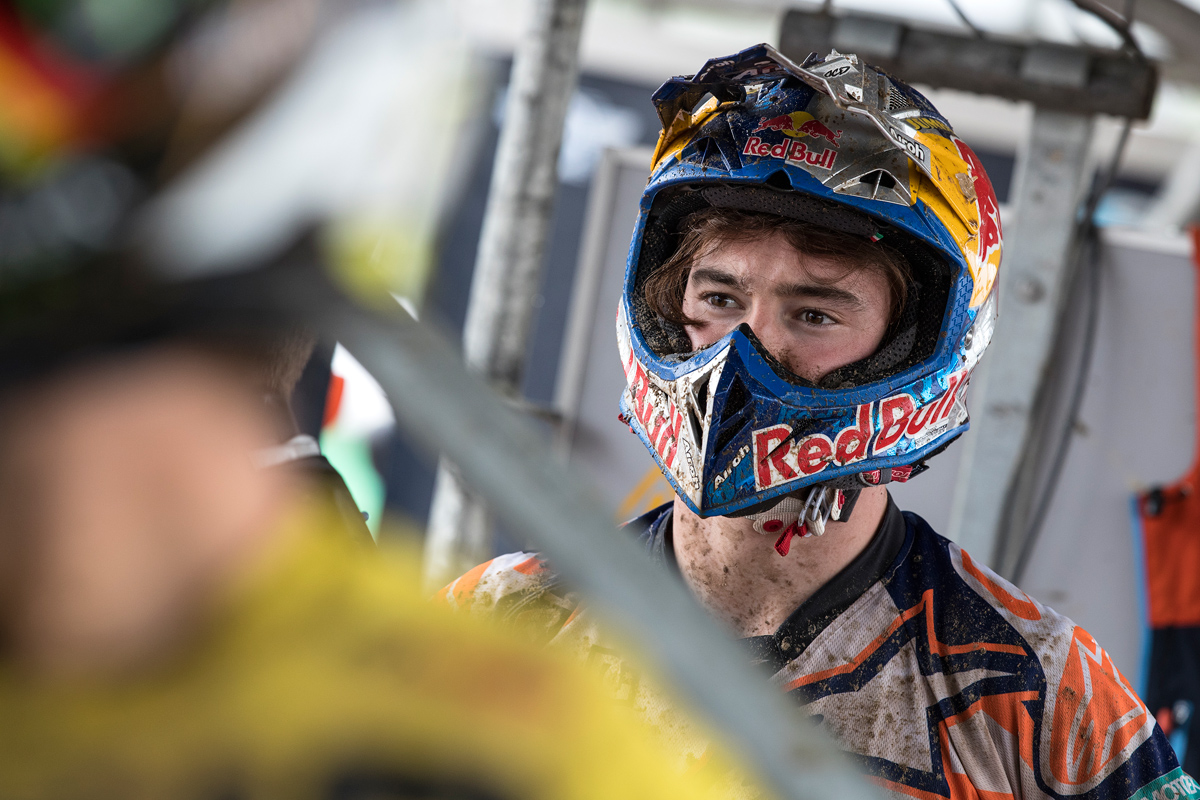 “I think it’s good because we train here a lot and the old track got a bit boring,” he added. “The layout is new for everybody and has some negatives as well as positives. Hopefully it won’t be worked on too much even though it is looks a bit like amateurs have been riding there because of the weather and the low speed so it’s not so fluid. I guess Youthstream will make a good decision.”

Such was Herlings’ form (he was almost three seconds faster than anyone in first free practice) there seems to be little standing in his way of a second MXGP triumph in his rookie term. The depth of Cairoli’s resistance and the temptation to engage in another wrestle is the major question for Sunday. “It depends if I have something in my tank…but he has nothing to lose at the moment. I will also be there for a GP win. There are not many races left,” Tony said.

A KTM double was completed with Pauls Jonass’ supremacy in MX2 once the holeshotting Jorge Prado had been caught and relegated. The Latvian won in the sand of Valkenswaard and also claimed the last moto in the surface at Ottobiano.

Paddock talk revolved around the ongoing saga of rider transfers and the apparent dearth of saddles in the premier class, and the first shoots of movement towards the Motocross of Nations at Matterley Basin with Team Italy (Cairoli, Lupino and Cervellin) and Belgium (Desalle, Van Horebeek, Lieber) being presented.