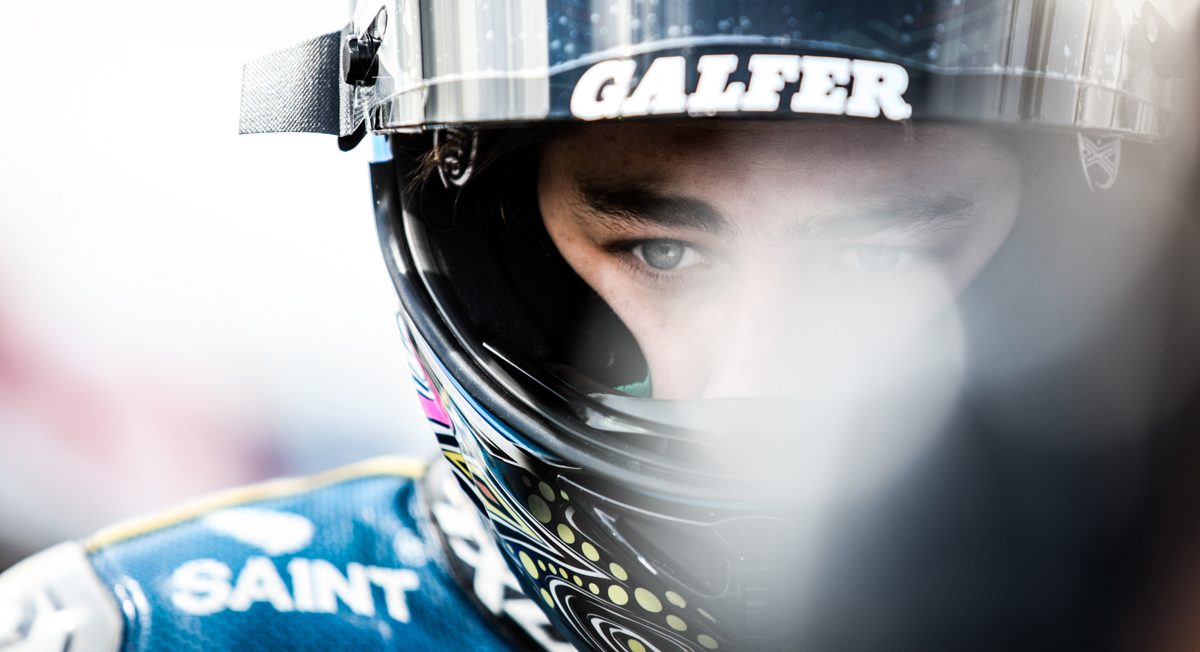 Looking out of the sloping glass windows of the press room at Circuit de Barcelona- Catalunya for the Monster Energy Grand Prix in June my seat was directly in line with Remy Gardner as he pulled up to his slot in the middle of the Moto2 grid. It was fascinating watching the 19 year old Australian readying himself on the Tech 3 machine; almost agitated, possessed, blipping the throttle of the Mistral 610 like it was burning his hand, the lights faded and he merged into the pack with a surge of power and noise.

Gardner has a name that invokes emotions and memories. But in the same way that father Wayne seemed to continually defy adversity to succeed in an era of 500cc Grand Prix racing that is still spoken and written about, Remy is also pushing a ball uphill. For the last half a decade he has been based near Sitges, just south of Barcelona, and has been exercising the extent of his desire to be a racing professional through Moto3 misadventures (an uncompetitive Mahindra berth coinciding with physical growth that meant his height and frame was a distinct disadvantage in Grand Prix’s smaller category) and this year a badly broken right ankle that is still bothering him despite suffering the accident in Argentina in April.

Contrasts and comparisons to his Dad must be a tired subject for Gardner but one he has learned to endure will have to as long as he is connected to any activity involving a motorcycle. To a degree Remy carries baggage in his chosen field as his surname is both a blessing and a curse and a tale synonymous with offspring that have tried to make similar sporting footprints to those made by their family.

Remy has yet to trouble the top ten of arguably Grand Prix’s toughest division but he has come close and his age and demeanour indicates that time is on his side. Curious to gauge Gardner very much on his own merit and whether the worries and anxieties of constantly trying to find his place in the world championship have ebbed at a fierce pulse to achieve in this sport, an interview is scheduled away from the driving rain at the Sachsenring. Remy still favours his right leg as he makes his way into the Tech3 hospitality and its clear that the ankle injury has gone beyond the point of pissing him off.

Billowing hair and cap in place Gardner would not look out of place on a beach and with a board on his shoulder. He speaks in lowered tones and with the manner of a guy who has already gone through a lot before entering his twenties… 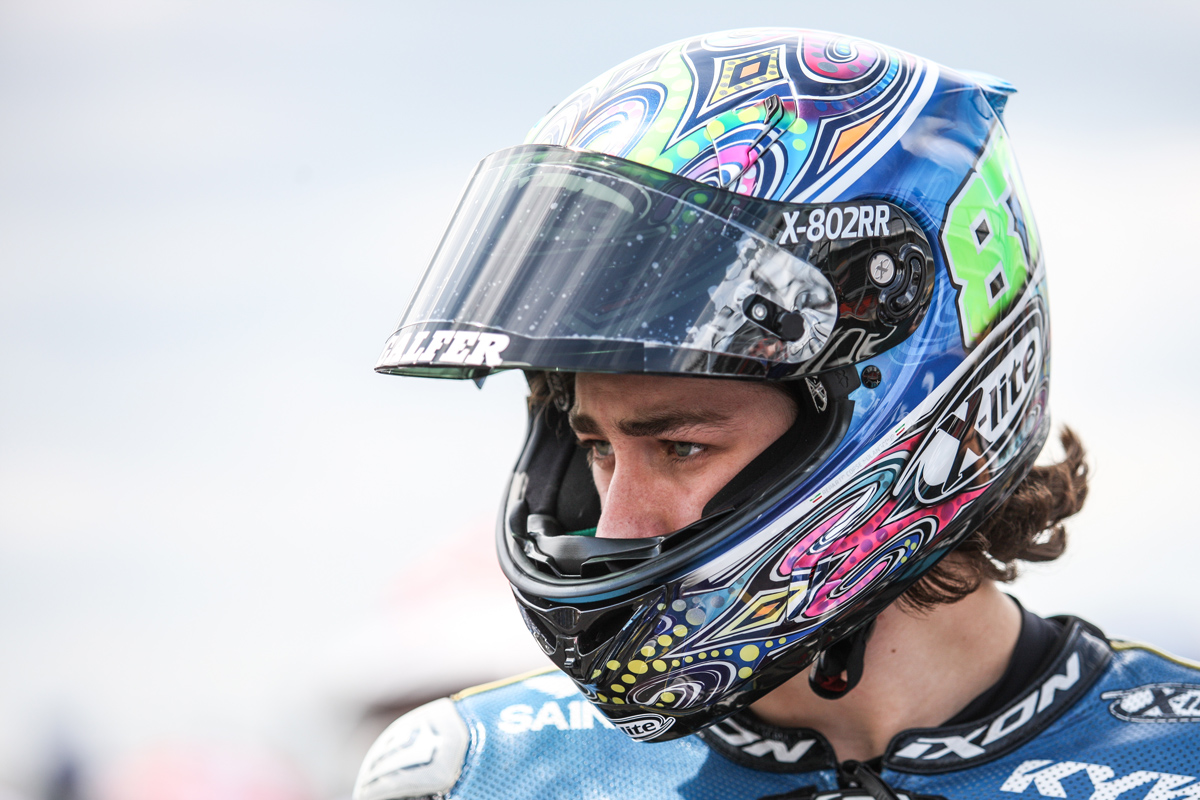 It’s a bit of a problem at the moment. I broke it over three months ago and it started to get better before Mugello but then took a downward turn and keeps blowing up and hurting. I talked with Dr Mir and we discussed taking it [the metalwork] out. Nobody knows why it is bothering me, I’ve had ultrasounds and x-rays – no CAT scans because there is too much metal and it’s hard to see – it has been weighing me down this year a lot…but it’s part of the sport.

Yeah, I’d be on a bike every second day otherwise as well as running and cycling. The physios ruled out being able to run and that’s frustrating. I have a garage full of training bikes I cannot use. I can swim without flippers but I’m a keen spearfisher, so I miss that. I tried it with one flipper the other day.

Yeah, five and a half. I’m completely settled near Sitges and we don’t have anything in Australia any more, not even a house. The first year was extremely hard and the second was also difficult but the third was getting OK with the language and understanding the way of life there.

It seems like you have struggled and fought to reach and be a part of Grand Prix through various means. You’ve had to compromise and get creative. Has it been a tough battle to gain credibility and make the grid?

I think ‘struggle’ is the right word! Ever since we moved to Spain it has been really difficult. I don’t have any sponsors or support from Australia. It feels like there are a million Spanish riders and when I got here [GP/Europe] I was blown away by how fast the Spanish were, so it has been a tough battle trying to build my speed up and get a ride every year. Last season I started in the Spanish Championship because I couldn’t find anything in Moto2. Luckily an opportunity turned up and I took it and that’s how I ended up here. Apart from the ankle it seems like things are looking up…you’ve gotta stay positive. 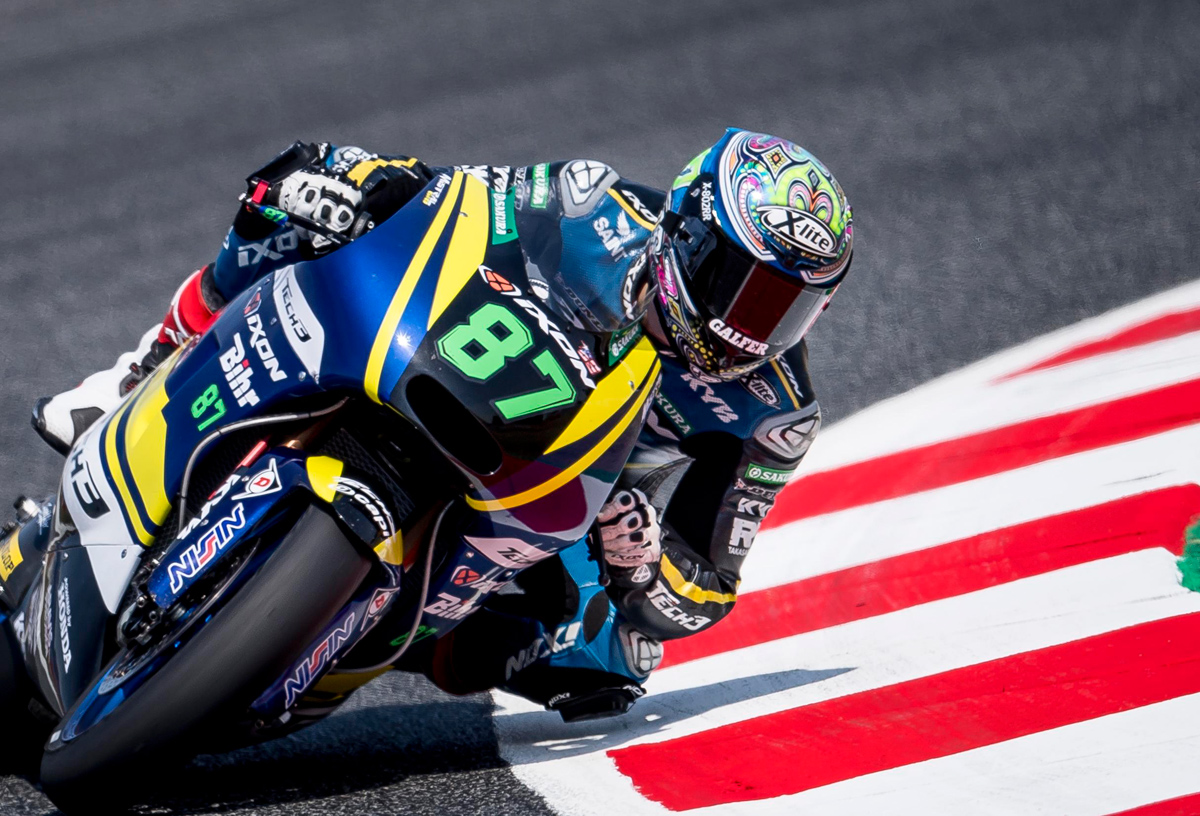 Is it a distraction having to worry about contracts and next moves while also trying to develop as an athlete and a racer?

A bit…talking with the teams tends to be Dad’s job. We kinda knew that Moto3 was not for me any more because I was too big, to be honest. I don’t want to ‘push my boat’ here but I was a quick Moto3 rider…but I was on a Mahindra when it was at it’s worst point and I was ten kilos too heavy. I was riding pretty good but the results wouldn’t show that and this was the most frustrating thing. To even get one point – so fifteenth place – was one of the most difficult tasks with that bike. I knew I had the speed but nobody could see it and it put me ‘on the rocks’ and in a place where I was thinking ‘what am I going to do?’. I think it was Freddie Spencer who said to my Dad “why don’t you go to Moto2? He’s huge…” and that’s how the idea came along.

Do you have a resolute career path or it is a case of looking around and trying to find the best option?

When you’re a child you want to win every single class but it rarely happens like that unless you are Marquez or Rossi but I was too heavy for Moto3 and we had to think outside of the box about where I could go. I think Moto2 is suiting me a lot better and I have adapted to it a lot quicker. There is a lot of sliding and that’s more in-tune with my dirt track background in Australia. You have to be a bit creative sometimes.

Would you say determination is one of your strongest attributes? In an interview with your Dad it was one area that he said separated you from your brother…

Yeah, Luca is another story and he doesn’t care about much but I will keep going and going until I physically cannot go any more. When times are tough I think it makes you want to push a bit harder. In Assen I started in 21st and thought ‘this race is already over…’ but decided on the first lap to ‘tighten up the f**king hose clamp’ and was 12th or 11th by the second lap and made up a ton of places but I’m still looking for more out of the bike by the end of the race. It was pretty positive.

Where did that determined streak come from?

Dad always told me to ‘take it easy’ so I think it is just something inside and I’m the hardest person on myself. If I get a good result then great but it is just another tick in the box and I won’t stop. I have to keep pushing forward until I’m in that number one spot.

As you get older and learn more does the relationship with your Dad shift?

Yeah, when he’s here he is still trying to help out and goes out to some corners to watch. I have to say we get into a couple of arguments about set-up or things like that! And I must say I have proved him wrong more than once. He’s good to have around…but sometimes I want to do things by myself. He’s a really good spotter. He was more of a mentor before but now he lets me do my own thing.

Yeah, it has crossed my mind a few times and even my luck in general hasn’t been so great, especially at the start of this year. You do look around and think about what kind of leaps forward you can make but I’m also happy where I am and with just a bit more time together and I think we’ll be doing pretty good. 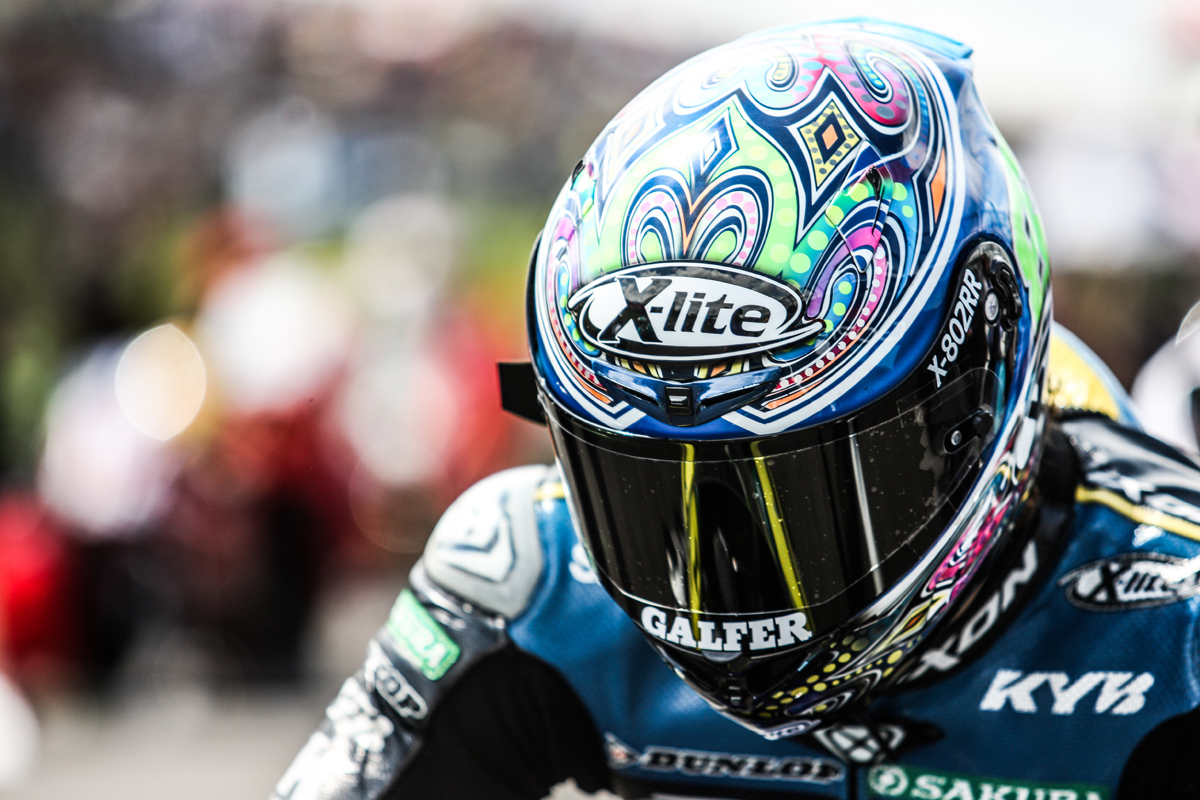 That plays a positive and negative role. I guess I do have a bit of a target on me and some people say ‘he’s just here because of his Dad..’ and it’s really not like that.

What can you do to fight against that?

Just by proving to people. Proving they are wrong with [my] results. It’s the best way to fight that.

Taking the ankle of out of the picture, how is that quest going?

I think we were making forward steps before Argentina. But after breaking the ankle Jerez and Le Mans were not very good. They were hard races and I really didn’t feel fit on the bike until after Mugello and then it started to blow-up. It has been a bit of a shame but we have made progress with the bike with the new suspension because we had a lot of chatter problems from Mugello to Assen.

You must live a very moto-orientated life so what do you do to escape?

I do a lot! Spearfishing is a big hobby because it is very peaceful and you can get away from everyone under the water for a while. I skate, wakeboard and snowboard in the winter – anything with a board! Working on the bikes is also a hobby. I’d be on the bike everyday if it wasn’t for the ankle I had a new YZ250 two-stroke, really quick with KYB suspension and cannot use it yet!