Red Bull KTM’s Jeffrey Herlings spent over a week in the company of ‘champion-maker’ Aldon Baker and the Bakers Factory facility in Florida before winning the final round of the 2017 Lucas Oil AMA Pro National series in Indiana and then USGP in Florida. The Dutchman linked up with the renowned South African who heavily influenced the careers of Ricky Carmichael, James Stewart, Ryan Villopoto, Ryan Dungey and Marvin Musquin and who currently has an agreement with the KTM set-up in the United States.

“Can’t you see I’ve lost some weight?!” Herlings joked when asked publicly about the stay with the infamously strict specialist but also said: “I learned about food, training and the intensity they bring.”

Baker himself was at the WW Motocross Park circuit near Jacksonville to watch Herlings do an American ‘double’ and said he admired the dedication that the 22 year old former three times MX2 World Champion brings to his craft. “He came for a week and a half and Florida is such a great place to ride because of the weather all year round. The way he approaches everything: he has the desire and commitment,” Baker revealed. “He is always looking for areas to be better and it was a real pleasure to have that kind of talent and commitment.” 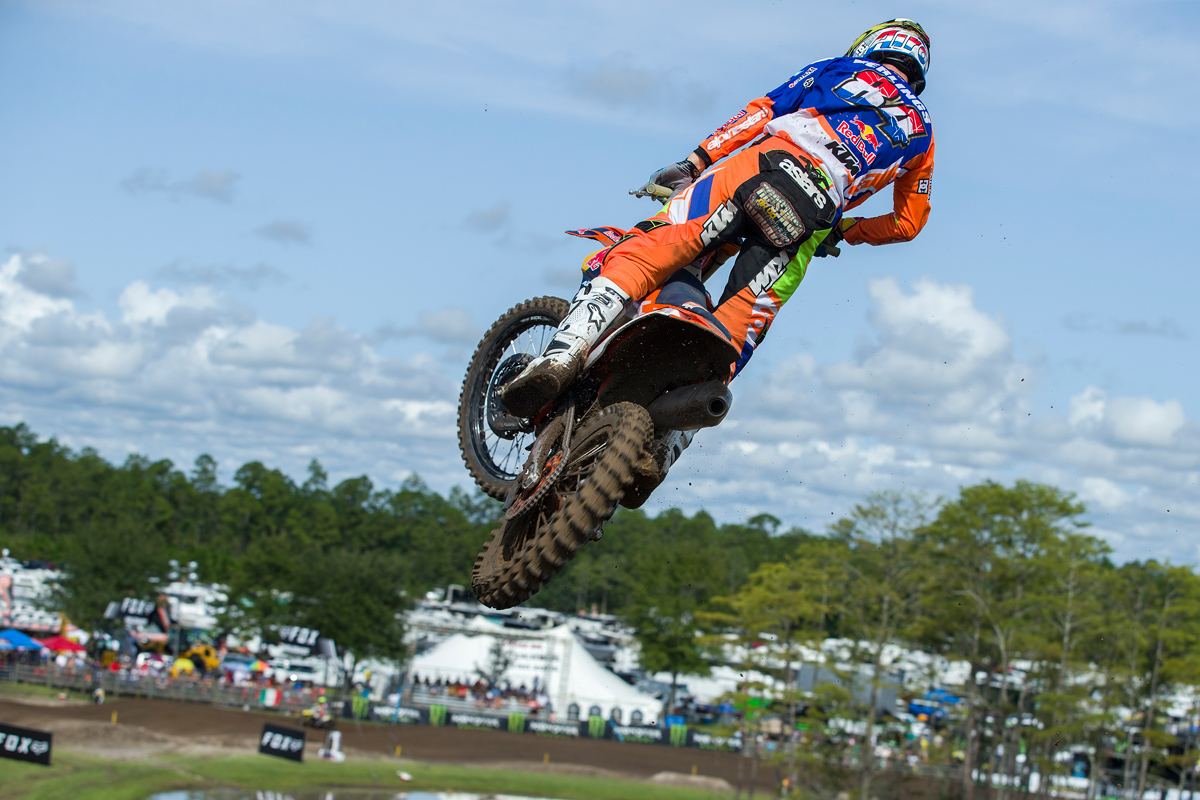 Tell me a bit more about the Bakers Factory. What surprised you?

It’s really professional and I expected that because I’d heard a lot about him but also didn’t really know how it would be. But Aldon was very professional…and very strict but I liked that. I have a lot of self-discipline so it was a bit different having someone to tell me what to do and why. When I asked something then he could give me a straight answer and say: “it’s because of this and this”; he always had an explanation that made sense. He was an awesome guy and was funny but there were also times to be strict. It felt different. They have two outdoor tracks there and two-three supercross tracks as well. It feels like many of the tracks in America have the same type of dirt while in Europe we’ll have concrete hard-pack or deep sand. It was easy to work having that big structure with the spinning bikes and training facility and everything you need right next to the track. It was a good experience.

You’ve always had a good idea of what you need to do and have worked alone but could you imagine working with someone like that on a permanent basis?

Yeah, 100%. If I would come to America for a couple of seasons I would go straight to him. For some reason in Europe we cannot have a guy like that. We don’t have the luxury of being able to build a facility like that wherever we want – it is not that easy in Holland at least. It is two different worlds but the training he was doing really made sense and I don’t see a guy like him in Holland or Belgium walking around with so much knowledge. 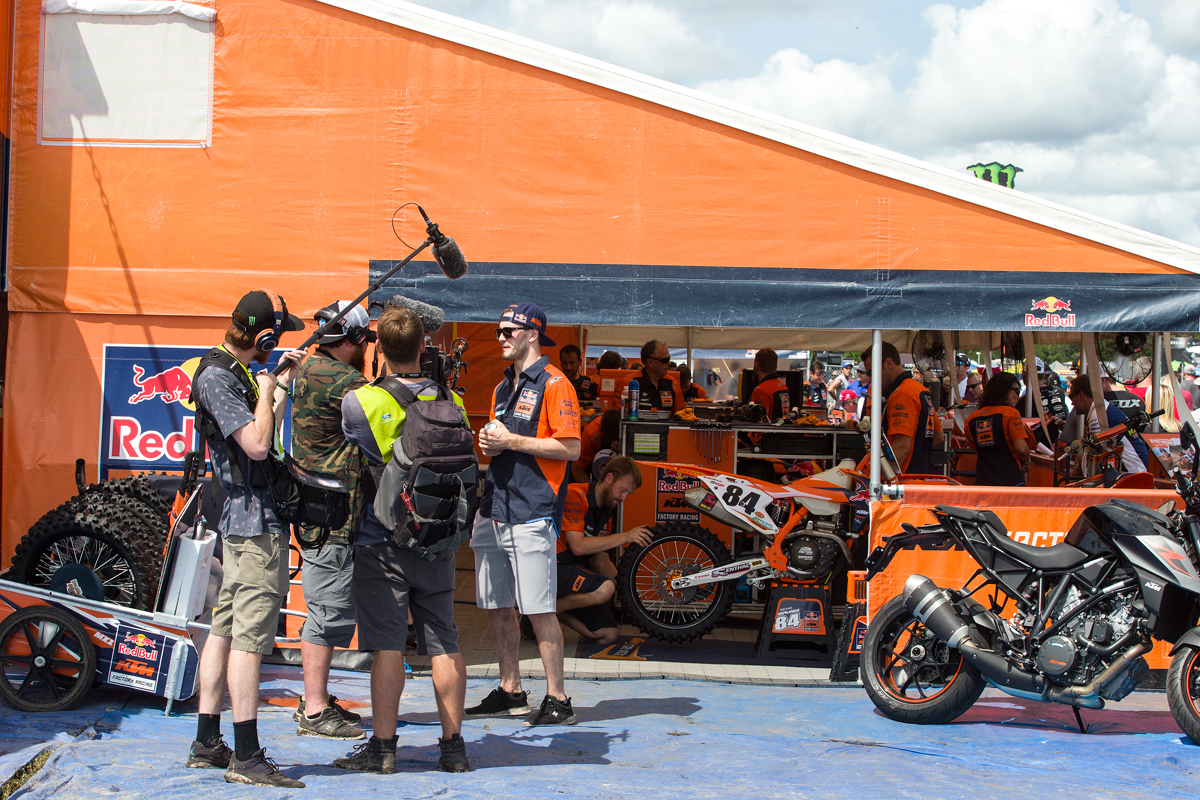 How did it feel taking that win on Saturday for the last national? Was it as good as a home GP win?

I felt like a king. Especially in that second moto. I had a bit of luck…but I was also unlucky as well. On the first lap I had an ‘alright’ start but on the second lap someone almost crashed in front of me and I ran into his rear wheel and I lost the bike. I had to start from dead last and came all the way up to second. I was only a couple of seconds away from Marv and he made a small mistake and I took advantage. Still, to come from last to first was pretty special. I knew a lot of guys in the industry – from press to inside people – were watching that race so I had a lot of pressure but I did what I had to do and came, saw and conquered! It was a one-time thing and it was good for European motocross that we showed what we are capable of and our level is comparable.

Did it make you think of more races in the US?

I am 100% sure I can be good at supercross but it just takes time. I’m not talking about days but months and maybe years of experience. I don’t know. For now I will focus on the world championship and I have a contract for KTM for a couple more years racing there. Maybe I will do one or two rounds again next year but it depends on the situation.