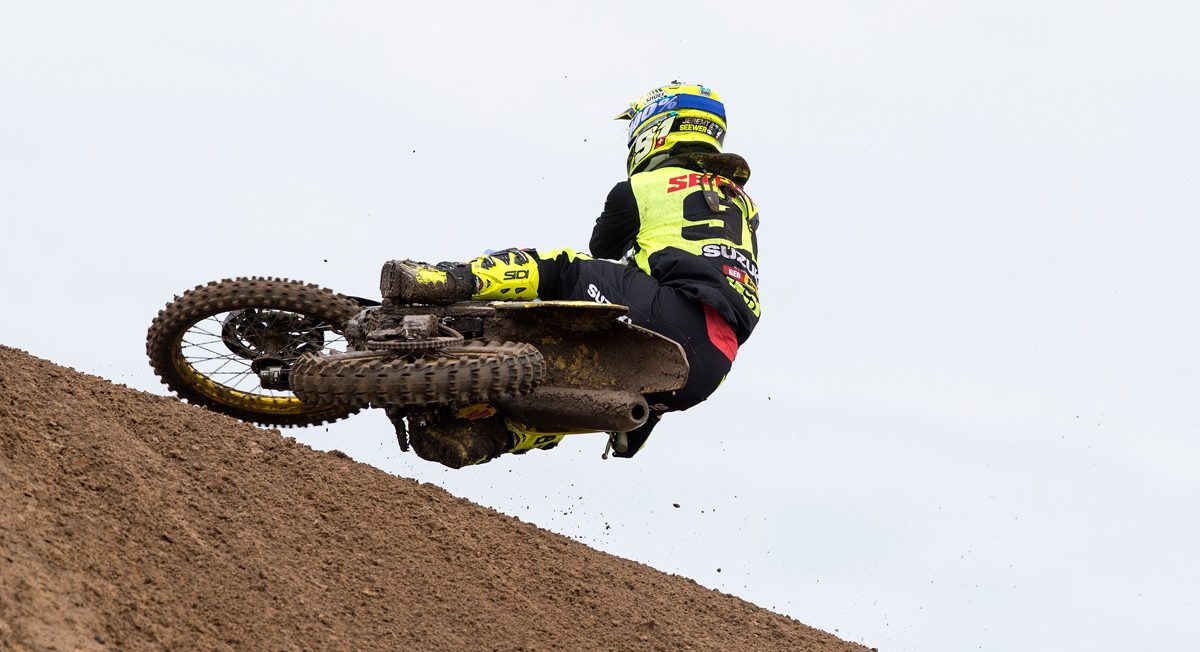 Motorcycles: tricky things. Especially if your job is to go considerably fast on one. Thanks to the misfortune of Valentino Rossi in his extracurricular riding activities away from a very high profile and well paid profession this year – and thus casting light on risk-versus-reward – the perils of scratching new limits in any kind of two-wheeled outing is further under the microscope.

In comparison to MotoGP and World Superbike, MXGP and motocross stars practically ‘live’ on their race bikes and the factory stars are frequently riding and training with fully-kitted versions of their works machinery. The ease of use (even if MX tracks have faced their own issues and threats through environment concerns over the last decade) is both a luxury and a knife edge that road racers don’t have with their respective mounts and thus they are forced to find other ways to maintain ‘the feeling’.

Why do motorcycle professionals need to heighten the peril of missing a crucial race or chunk of the season by turning laps in their own time? It seems a simple question with a fairly obvious answer but there are a few factors involved: Is it bike fitness? Is it to do with confidence? Is it just the ‘accepted thing’? Is there a degree of peer pressure with social media allowing more people to have more insight and some mind games come into play? Do riders really know at all why they head to the track?

Motocrossers are a fertile petri dish for this little study. They arguably indulge in their sport more often than any other motorcycle athlete and therefore sit closer to the margin of costly error on a weekly basis (it is no coincidence that Tony Cairoli tapered-off his riding days as the 2017 MXGP title came closer to his grasp). It could be said that Rossi was taking more of a risk motocrossing or riding enduro because he was out of his natural habitat but a bike is still a bike and MX is notoriously unforgiving regardless of the level; and Cairoli will happily attest to the fact as his 2016 campaign was ruined by nerve damage in the wake of a pre-season practice prang.

We ventured into the MXGP paddock to gather some opinions and ask about methods and motivations. It was clear that the examination of such an accepted part of their lifestyle was a little unusual. ‘Why ride?’ was a question that initially caught a few on-the-hop but also elicited some revealing material… 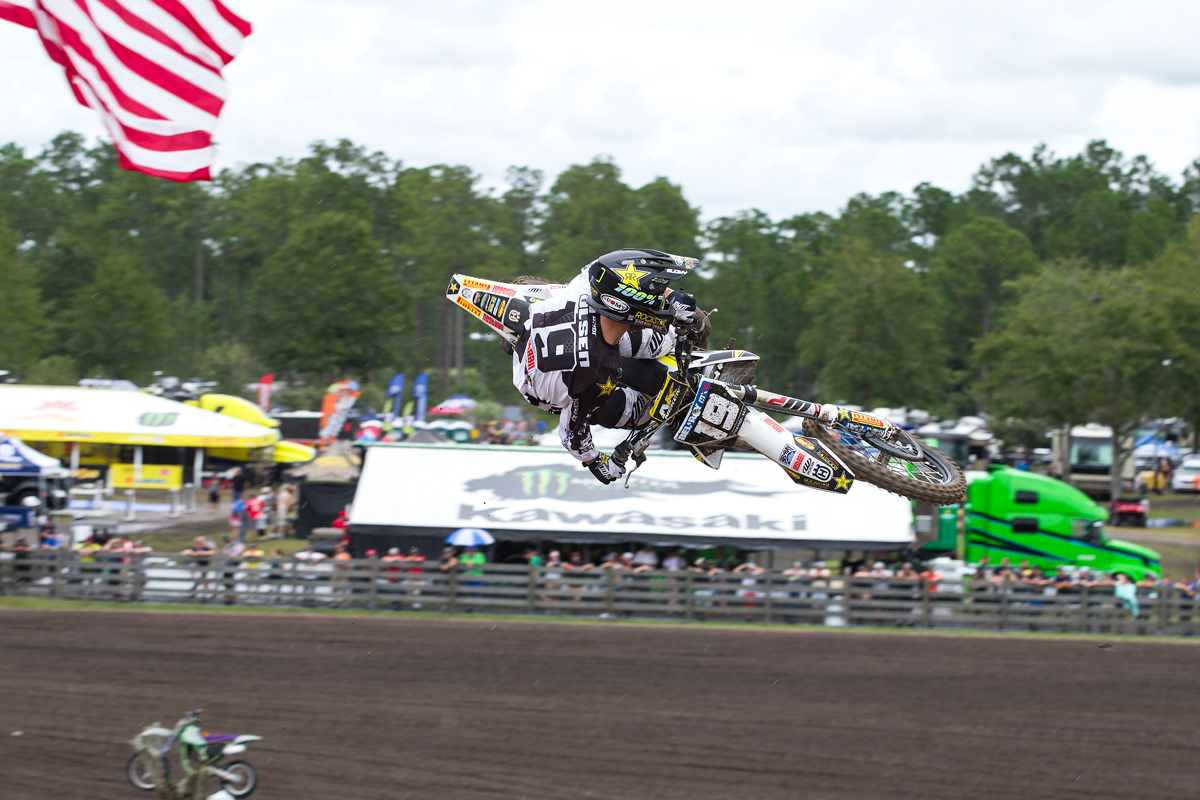 Rasmus Jorgensen, former MX2 Grand Prix racer and now Rockstar Energy Husqvarna rider coach to Thomas Kjer Olsen, Thomas Covington, Conrad Mewse: Everything is so intense now. There is no room for error. When you put on the helmet then you need to be 100% focussed because everything can go wrong so quickly. Everybody is searching for that little bit extra but they are already on the limit. So much of training away from the track is mental because at this level everybody can ride a bike. People need to be so strong mentally. To see a rider like Jeffrey Herlings to come back from the hole he was in at the beginning of 2017 is quite incredible. Obviously he has a great crew behind him but you also have to do a lot of work mentally.

Max Anstie, Rockstar Energy IceOne Husqvarna, MX2 Grand Prix winner, podium finisher in MXGP debut season: The main thing with motocross is that there is such a feel to it. A feel with the conditions: if it is sandy, hard-pack and then the jumps are a big thing. If you have a couple of weeks off the bike then you feel a bit stiff on the jumps and not as fluid.

Shaun Simpson, Wilvo Yamaha, MXGP race winner, multi British Champion: Pre-season you need to get your race fitness up and then the internationals will start and then the GPs. If you have something like two weeks off the bike then you just feel a bit rusty. In MotoGP most guys won’t ride their MotoGP bike until the next race and that can be separated by weeks. We can. And we use that to our advantage to get out to practice starts and cornering and our weak points from the weekend.

Tim Gajser, Team HRC, MX2 and MXGP World Champion: Riding helps keep the rhythm. I cannot imagine doing just one day of practice and then going to a race. We are used to doing the motos.

Jeremy Seewer, Team Suzuki, MX2 GP winner: It’s a good question actually because there is a lot of risk every time you step on the bike, but I also think that because we ride so much then we get so used to the speed, jumps and feeling on the bike and it actually lowers the risk. Road racers who dip into motocross now and again are obviously not bad riders but because they are not on a motocross bike as often as us there is more risk and they maybe cannot handle every situation as well as we can. 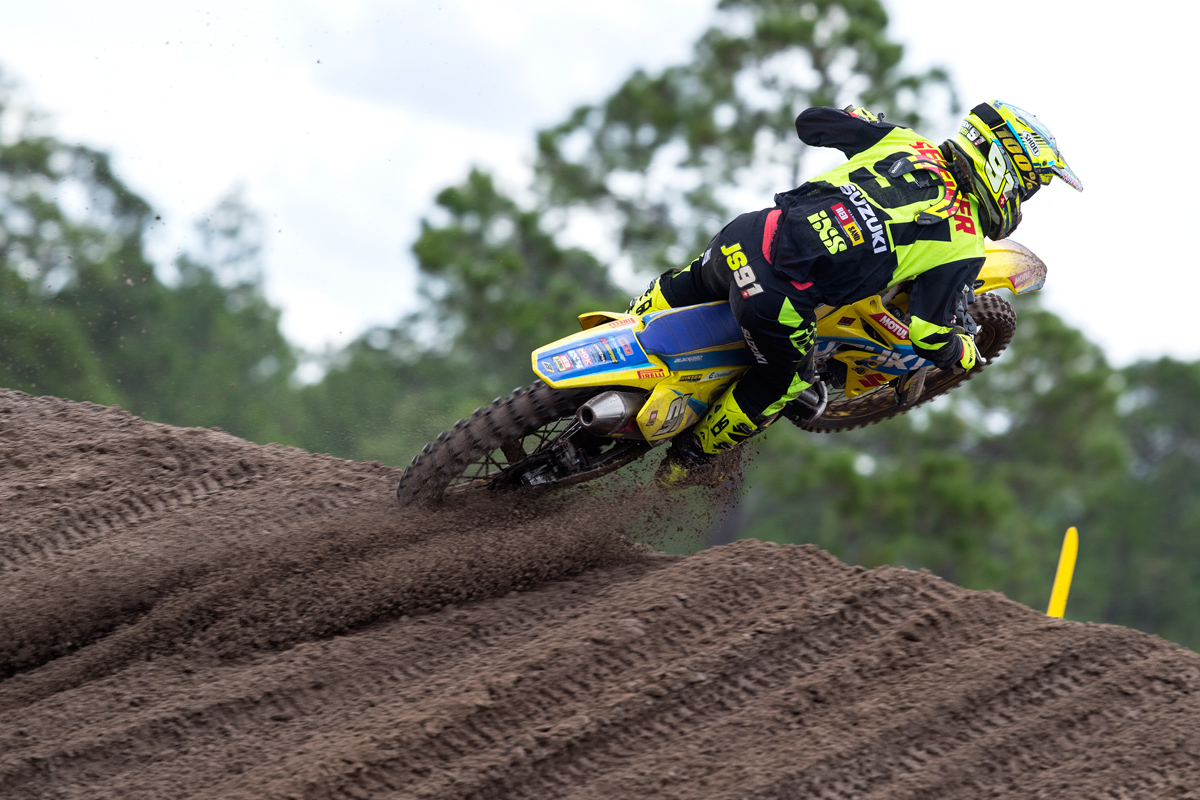 Jorgensen: It is important to keep sharp in your mind to have a week off means that you won’t forget to ride a bike…but maybe you won’t react as fast and that’s the main thing with riding during the week.

Simpson: If you don’t do it then I believe you don’t feel at one with your bike, you feel a bit stiff. Also if you ride during the week and have a good day then this carries on into the weekend. I guess MotoGP guys ride other types of bikes just to have that sensation of ‘riding’. Pre-season we have to do it a lot to get our conditioning up because in motocross you cannot just jump on the bike and be ready to go like you could possibly in World Superbike or MotoGP. A lot of those guys do their training off the bike; on a bicycle and in the gym just to be physically ready and sharp. Motocross is more rugging-and-tugging the bike around the track. From my observation something like road racing is about picking points, feeding the throttle in, hitting apexes and is a lot more exact than motocross. We still need to hit our lines but we need to be more physically ready for all the changes that can happen every lap and where the bike pitches. We could be in the gym all winter and come to the first race and be ‘out of shape’ on the bike; that’s just the way it is in motocross.

Anstie: From a physical side of things and in terms of speed you are not going to get any faster from week-to-week by riding once between races. You keep topped-up to keep sharp in your body and mind, and on the bike itself. You cannot simulate riding. You don’t want that stiff feeling in a first practice session at a GP purely because you haven’t been on the bike.

Jorgensen: The base training is done pre-season but trying to keep the riders fit during the season is mostly a mental thing. The weekends involve a lot of riding and race day takes a lot out of you. Monday is basically a recovery day but it is also an important factor for the riders to feel that they are doing the work and to keep the level up. Every rider is different but some feel that if they are not putting in the work then they are going backwards…so there is a big mental component to it.

Simpson: Say you tweak your wrist or ankle and you are forced to have two weeks off the bike then you take your time, do some cycling and gym work and physio. You are not riding, and you can go straight to the next race and sometimes have a blinder because of that rest and not hammering your head against a brick wall. Sometimes during the season you can go out testing and come back feeling worse because you haven’t made any progress or cannot fix an issue. It can feel like a step backwards, so it can actually be detrimental to ride during the week.

Kiara Fontanesi, four times FIM Women’s World Champion: I used to be more at the gym and not so much on the bike and I think that was a problem because you don’t need to be 100% at the gym but you do need to be that way when you are racing.

Gajser: Including the race I would say I ride four days a week: Tuesday, Thursday, Saturday, Sunday. That’s pretty much a maximum during the season. I don’t think it’s too much and I think other guys are doing more. I’ve never actually asked another guy what he does.

Simpson: I don’t think it is just a case of pounding laps – sometimes it is – but we are trying to working on weaknesses and set-up, suspension and power delivery; the sort of work guys do at road races with their longer weekend. Although we have two days we have to be ‘on it’ from the get-go. I’ll ride one day between race weekends at least, sometimes two. It depends on how I am feeling and how hard the GP was before and what the upcoming race is like. Very rarely will I ride Wednesday/Thursday. It is more Tuesday/Wednesday. That way it gives you Thursday/Friday to cycle and recover.

Seewer: If there are a lot of GPs in a row during the season then I am not riding that much; just recovery and for motivation again for the weekend but everyone has a different approach.

To read the rest of the article in the latest, free edition of OTOR, click HERE