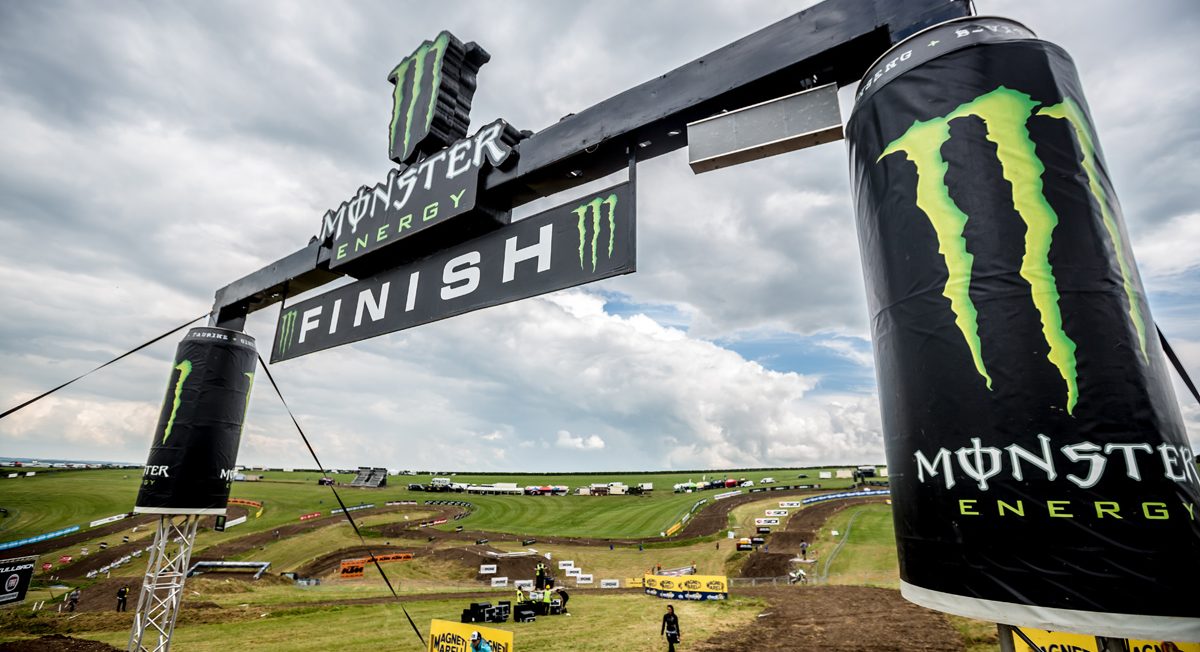 MXoN: So, who do you reckon?

This weekend presents the finest case of bench racing and guesswork outside of Anaheim 1 and the first Grand Prix/National of the year. It’s part of the fun of any sport but is almost impossible to talk too much with conviction about what is likely to happen.

The Motocross of Nations was in the grip of the United States for the longest period of time – wins from 81-93 and 05-11 – and until the generational and talent shift that now has European athletes on the same kind of speed and skill set as the North Americans and Australasians. The contest – born in 1947 – has been ruled by the French for the last three years through editions in Latvia, France and Italy but it is still fantastically hard to call, even if the record books would indicate otherwise.

The points and scoring system for the Nations has always been convoluted and one of the event’s biggest drawbacks. The last and decisive moto on Sunday and the fluctuating positions and standings mean that usually people are none the wiser as to who has won until most riders have crossed the line, the standings/algorithm updates and somebody is mobbed.

The combination of teams being able to drop their worst classification and the need to keep count of two-three nations’ results at the same time mean that the fan at the fence-side needs a damn good grasp of arithmetic. Those near a screen or watching at home have the advantage of TV graphics (that still need to be more frequent and reactive to help build the overall drama of the event and not just the final race).

The mysterious crescendo of what-is-happening-where-and-to-whom is part of the charm of the Nations and it doesn’t stop thousands and thousands of people travelling overseas and paying a good rate to enter a circuit that is usually a level higher in terms of preparation and readiness than a Grand Prix. Matterley Basin this year has benefitted from the work and knowledge of Scottish track designer and builder Johnny Douglas Hamilton (the original architect) who has apparently been on or around the site for the last two months and working over the soil that is naturally stony.

For those ingrained in motocross and how the Nations works then the formula is time-honoured and treasured. But, as with any form of modernisation in sport, then a fresh and more accessible way to sample the virtues of the Nations – the passion for the flag, the diversity of the racing talent, the mixture of machines and possibilities – has to come around if new eyeballs or audiences are to be found.

I’m still an advocate of switching the two moto per class format of Grand Prix as MXGP will tread water until some favourable TV packages/broadcasters comes along and with sports increasingly moving to pay-per-view and specific channels then the possibilities of this (and thus hopefully more re-investment into the paddock as any TV money comes in) have to look more promising now compared to a decade earlier. Perhaps it is all just a pipe-dream for a niche sport, but as the Nations and the ultimate viewing flagship for motocross comes around again it is another reminder that we should keep looking and talking at how things can be re-invented for the better. Change for change’s sake is usually unproductive unless fuelled by the right motives. Adhering to tradition is nostalgic and this is another distinct flavour of the MXoN but it is also like standing around with ankles submerged in the mud. 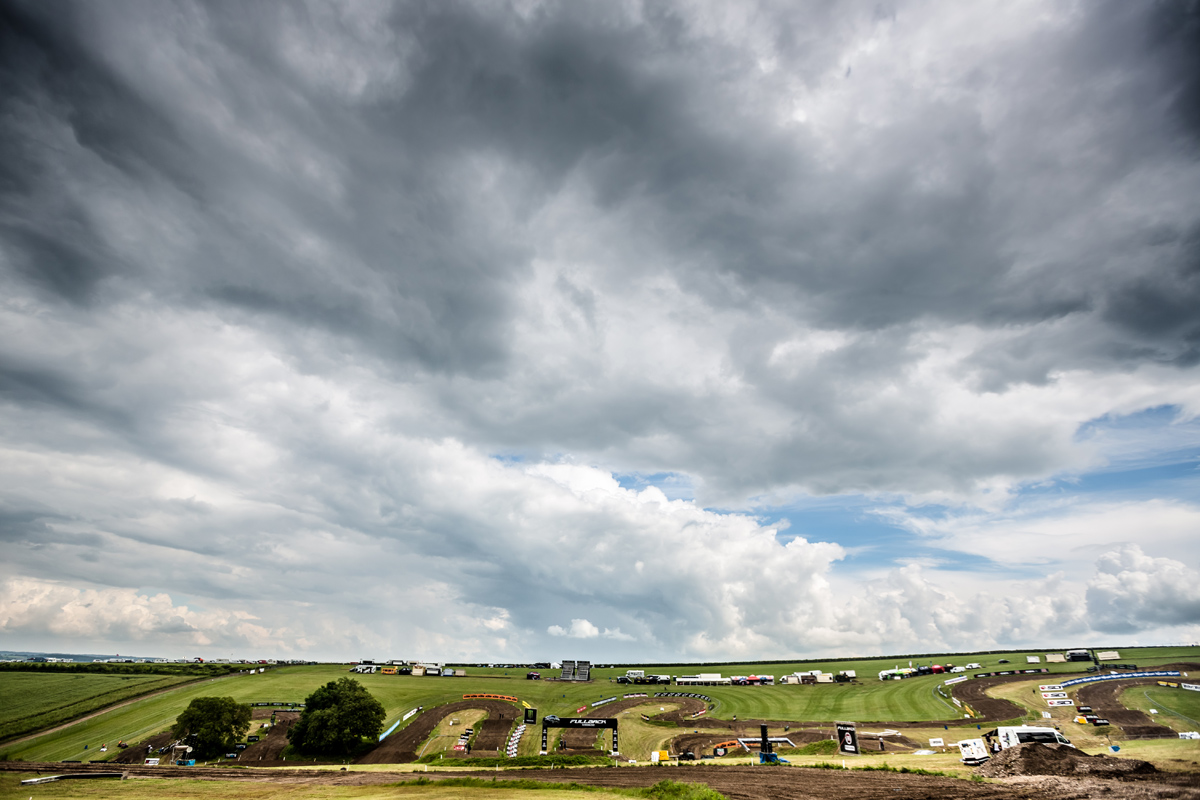 Of course the Nations in its current guise is a fantastic spectacle at the circuit. The chances of a decent climate on October 1st in southern England is like flipping a coin but Matterley is a stage that was initially created for this fixture back in 2006 and remains many riders’ preferred course in Europe. It is a rewarding viewing experience in the dry. The team/country factor is almost unique but it is the fans that really make the weekend annually unforgettable. The colours, smoke flares, bands of patriotic supporters, costumes, chants and now customary charging of the start straight to flank the podium is all part of a vibe. The sheer numbers – a crowd size that ballooned in 2006 and could hit new highs again at Matterley – also give the atmosphere and general feeling that this is something big.

As it wont at big fixtures the sensation of the ‘unexpected’ always lurks, and crazy occurrences and incidents have marked recent incarnations even if the results have proved to be relatively stable and the Chamberlain cup has been shared between just four countries since 2005. From Barcia’s locked front wheel at Lommel, Anstie’s freak crash at Ernee, Cairoli’s ‘off’ at Kegums, Desalle’s shoulder injury at Teutschenthal to Webb’s fall and Anderson’s Japanese KO at Maggiora: and there are other memories.

It is the entire ‘on the day…’ element of the Nations that is so captivating. It’s why forecasts for the final podium are usually pot-shots in terms of the order and from 5-6 likely teams. But as we’re at the end of the year and the race just begs for a bit of ‘cap throwing’ then I’ll say: USA, France, GBR.

There is something eerily reminiscent of the way Team USA have had to cobble a trio together of relatively unobvious names – aside from double AMA Champion Zach Osborne who will undoubtedly revel in a triumphant return to European soil – to try and snare their first win since 2011. It reminds of me of the supposed B-Team of 2009 at Franciacorta where Dungey, Weimer and Tedesco prevailed. I think we could also see a repeat of 2006 at Matterley where the Americans won’t necessarily figure for race wins (it will be tough to see past the likes of Herlings, Cairoli, Gajser and Febvre) but they have the quality; perhaps Seely’s potential is the only question mark. The defending champions have to speculate wildly with Enduro rider Christophe Charlier: a man who knows his way around a motorcycle but without hardcore motocross laps this year. Britain have home advantage (from tennis to football to cricket to the Olympics this has proven to be a good omen) but will hope that the black clouds stay away from both their luck as well as the Winchester hillside come Sunday.