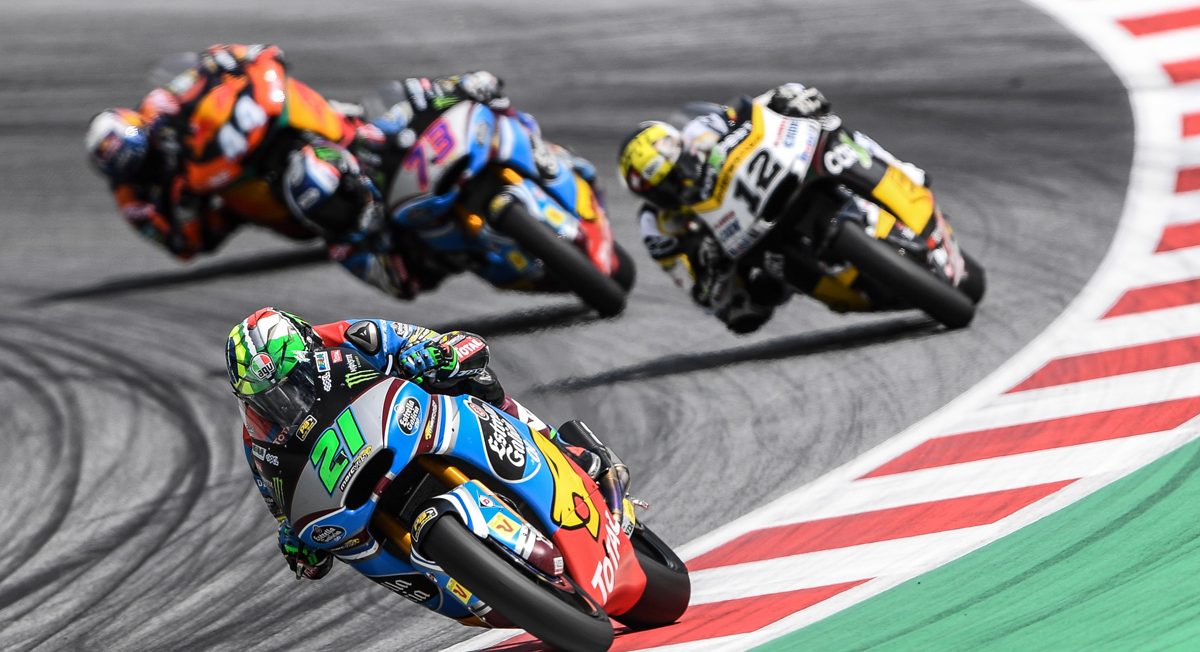 In defence of Moto2

Moto2 has satisfied the billing this season according to Neil...
11th October 2017

For many, a blisteringly hot morning at Jerez in late April appeared to confirm the fate of this year’s Moto2 campaign. As Franco Morbidelli slipped and slid out of the action with two-thirds of the race still to play, sole challenger Alex Marquez was all-but-guaranteed his maiden win in the class. A turgid, drawn-out affair, which seemed to stretch the medium of time, followed and there was a lingering feeling the category was ebbing toward a dreary stasis, the promise of variety offered up in the opening race at Qatar still some way off full fruition.

Such fears came as a result of 2015 and ’16, years five and six in the standard engine Moto2 experiment. For a little over two seasons, the racing had flattered to deceive. Those chaotic scenes witnessed regularly in the series’ earliest days from 2010 to ‘12, when upwards of five riders contested the leading positions on a range of chassis, week-in, week-out, were but a distant memory. No question. When Marquez, Iannone, Espargaro the younger, Redding and others went at it, even MotoGP had to take a back seat. By contrast, the riders-in-line, chase-the-leader showings between a select band of Kalex frames in the years that followed was largely a poor substitute. This season’s drawn out affairs at Qatar, Texas and Jerez suggested a continuation of the trend. 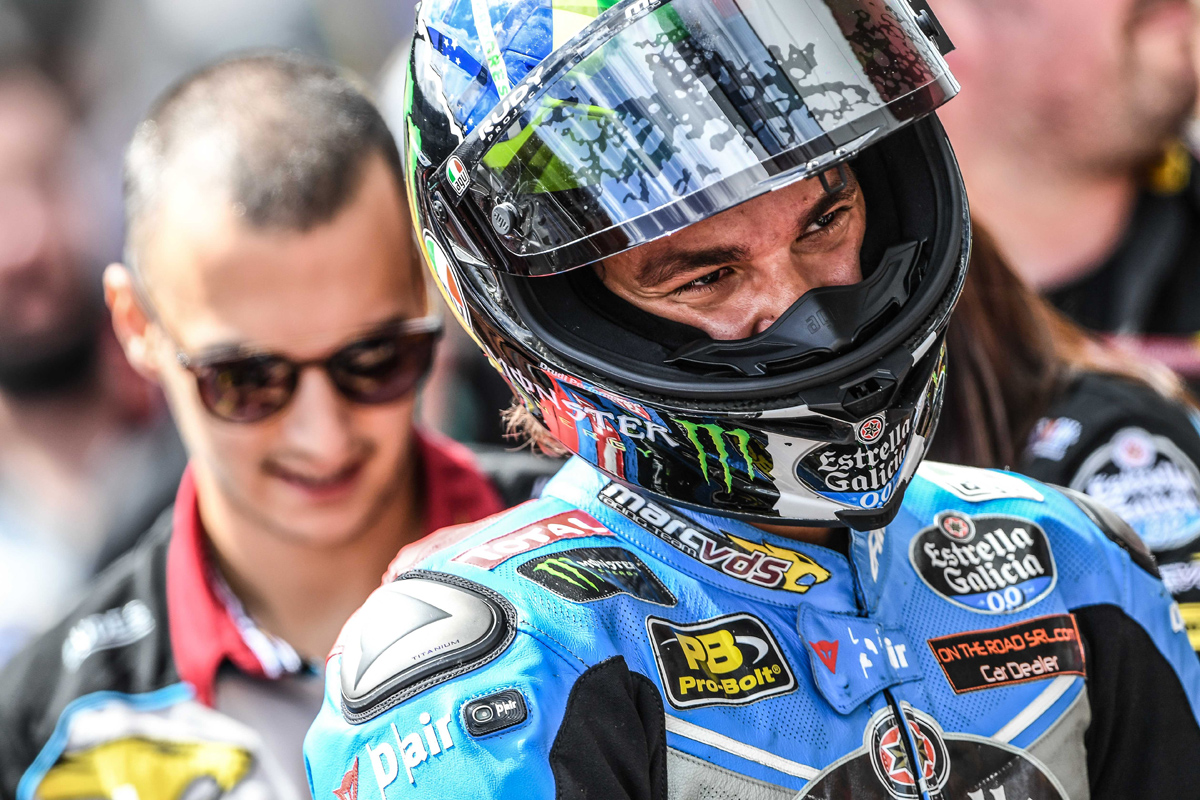 A pleasant surprise then as we approach the three flyaway races that, of the three grand prix series, we are perhaps most dependent on Moto2 to deliver a title showdown that goes the distance to mid-November. The championship scrap between the laconic, genial Franco Morbidelli and Thomas Luthi, the series’ old boy, coming into the vintage of his career, has been a compelling one since Mugello. A 22-year old pitched against a rider nine years his elder, and, as Morbidelli so eloquently put it in a recent interview, “two completely different philosophies of approaching the races… two riders, but also two states of minds, two moments in life.” The Italian’s 21-point advantage on the back of eight wins is a handy margin to have so late in the season. But Luthi’s form in the final four races over recent years suggests this is very much far from over. 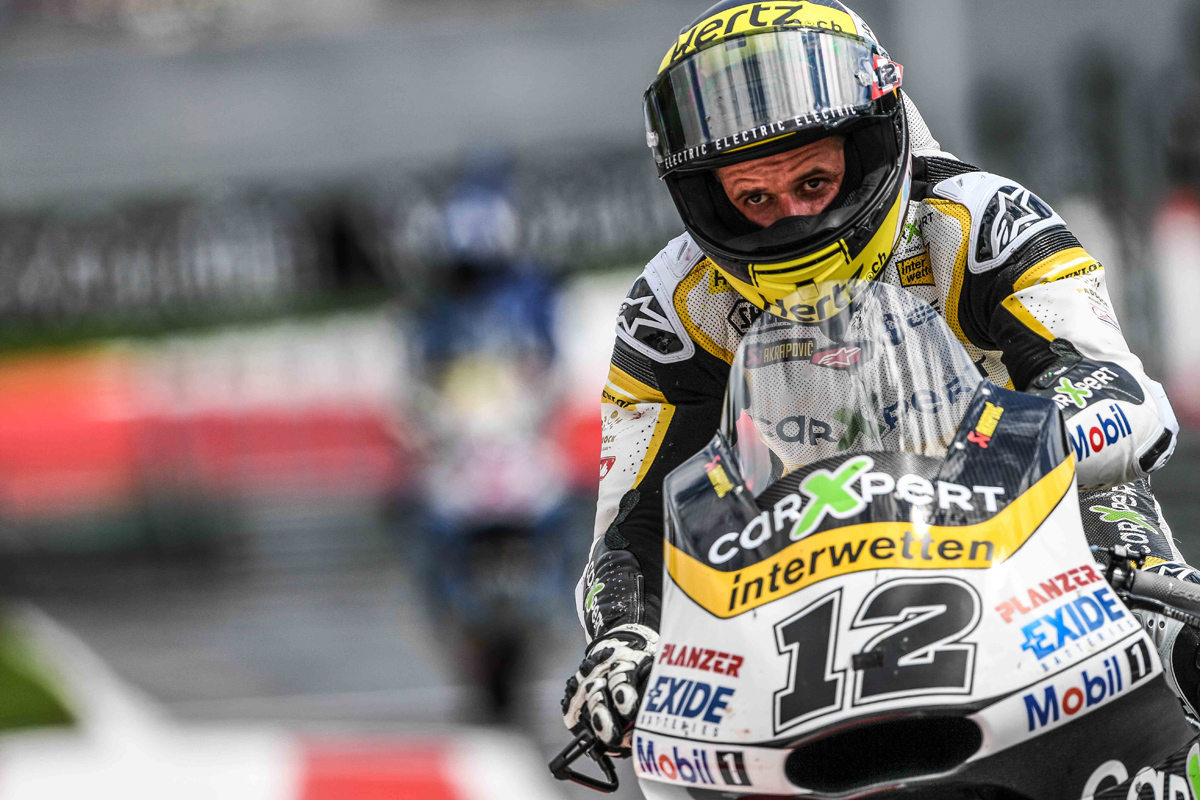 But it isn’t just the proximity of the title challengers; as a spectacle, Moto2 has surprisingly offered up plenty since that sweltering, snooze inducing affair in Andalusia. The racing has mainly been close, and not just in the usual ‘follow-the-leader’ style. Outings at Mugello, the Sachsenring and Aragon were fast, frenetic, and bloody good fun, going all the way to the line, while Assen’s six-rider ding-dong will surely be remembered among the season’s very best contests.

Those saying the depth of the class of 2017 is lacking due to the promotions of last year’s ‘Fab Four’ – Johann Zarco, Alex Rins, Sam Lowes and Jonas Folger – should pay attention to race speeds too. Of the ten dry Moto2 races that have been both dry and run full distance, six were new records. Not exactly figures to conclusively suggest this year’s field is utterly exceptional, but lap records were broken at seven of this year’s twelve dry outings. And if anything, Zarco’s showings in his debut MotoGP campaign (as well as the occasional flash from Folger and Rins) underline the level at which the class was operating in ’15 and ’16. More often than not, this year’s bouts have been faster.

The supporting cast has been largely entertaining too. Aside from the top two, interesting stories are to be found in Alex Marquez’s return from the brink, Miguel Oliveira’s quiet, methodical improvement and Mattia Pasini’s late-career renaissance. That’s before we ponder the perplexing highs and lows of occasional front-runners Takaaki Nakagami and Lorenzo Baldassarri. Regular cameos from rookies Pecco Bagnaia and Brad Binder have added to the overall intrigue, and point to a brighter future in ’18, when the inclusion of MotoGP men Lowes and Hector Barbera should make up for Morbidelli and Luthi’s departure for the premier class.

That’s not to say Moto2 is in perfect shape. In the past two years, the monotony of a near single-chassis series has been a point of concern, a factor that hasn’t been entirely remedied in recent months, as evidenced by Kalex’s winning of all but one race in ’17. Yet KTM’s official introduction to the series has come as a real boost. And Suter’s return, which eventually ended Kalex’s winning run in the class that stretched back to April, ‘15, coupled with the Tech 3’s Mistral pushing toward the top ten in the hands of grafter Xavi Vierge, and ’17 has seen the welcome return of variation. Again, KTM’s expansion to run five bikes in ’18 will aid this further. And Dorna CEO Carmelo Ezpeleta is sure Triumph’s introduction to the class the following year with its 765cc triple cylinder engine with added electronics systems will open up further avenues of innovation to new chassis manufacturers. Perhaps the placing of a limit on the number of certain chassis in the class would be of benefit in future years.

It’s understandable that a division with a spec engines will never be upheld with the same dewy-eyed nostalgia as 250s were. But add in a sprinkling of innovation, mandatory chassis variation and the right blend of youth versus experience and the racing will follow more times than not. If we’re to measure the success of a series on the entertainment it provides, Moto2 is in fairly good shape, a much welcome surprise after 2017’s shaky opening.