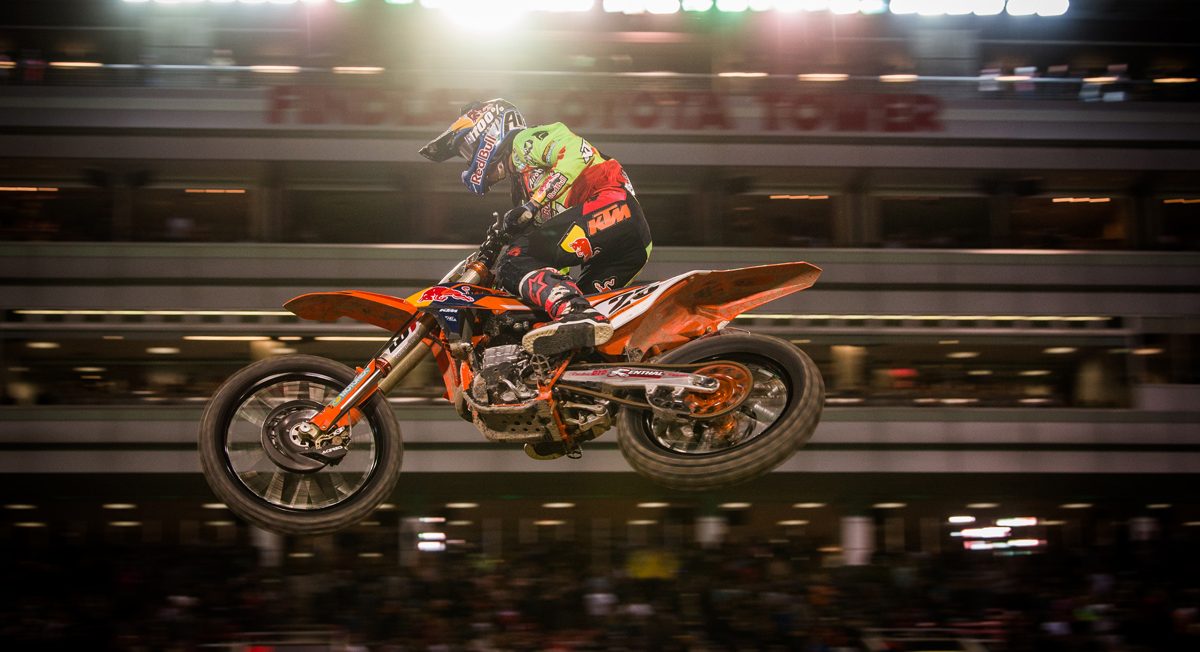 November creeps closer and for many professional motocrossers the period of hardcore base training for a new season also draws near. The holiday days and weeks of October are now drawing thin as the mornings get darker.

On a recent trip to the U.S. I was lucky enough to sit down with famed trainer Aldon Baker. The South African was overseeing several of his athletes at the Monster Energy Cup so gaining half an hour of his time (and watching some of the press day practice laps with him on Friday) was something of a privilege.

Baker and his ‘Factory’ complex in Florida have become an elixir or mecca that top flight athletes recognise and crave to reach the pinnacle of supercross/motocross. His record is phenomenal, and looks to be running strong into 2018 with Marvin Musquin appearing so confident and quick in ‘pre-season’ supercross appearances: the Frenchman just needs to scoop the inaugural Paris SX in November to further emphasise his status as the hot favourite going to Anaheim 1 on January 6th.

Carmichael, Stewart, Villopoto, Dungey (the union with #5 leading to unparalleled success in the recently retired rider’s career), Townley, Musquin, Roczen, (for a term) Rattray, Jason Anderson and the assistance for Zach Osborne to become a double champion in one season means a CV and streak of glory quite unlike anything else in motocross/motorsport. He even focussed solely on the late Nicky Hayden around the time of his MotoGP World Championship win in the middle of the last decade.

It was also curious to hear about his future plans and for expansion of the Baker’s Factory – even if it is exclusive to the KTM group these days. Motorsport Director Pit Beirer said to me recently that it took seven years to click the final piece of the puzzle into their comprehensive North American racing programme when he inked a deal with Baker last January. De Coster, title-winning pedigree, SX-F technology and now the most-sought after specialist in the business: Red Bull KTM/Rockstar Energy Husqvarna saddles are arguably at the top of the pecking order, and it is an amazing turnaround from the time that their own riders were lodging lawsuits against them at the end of the last decade. 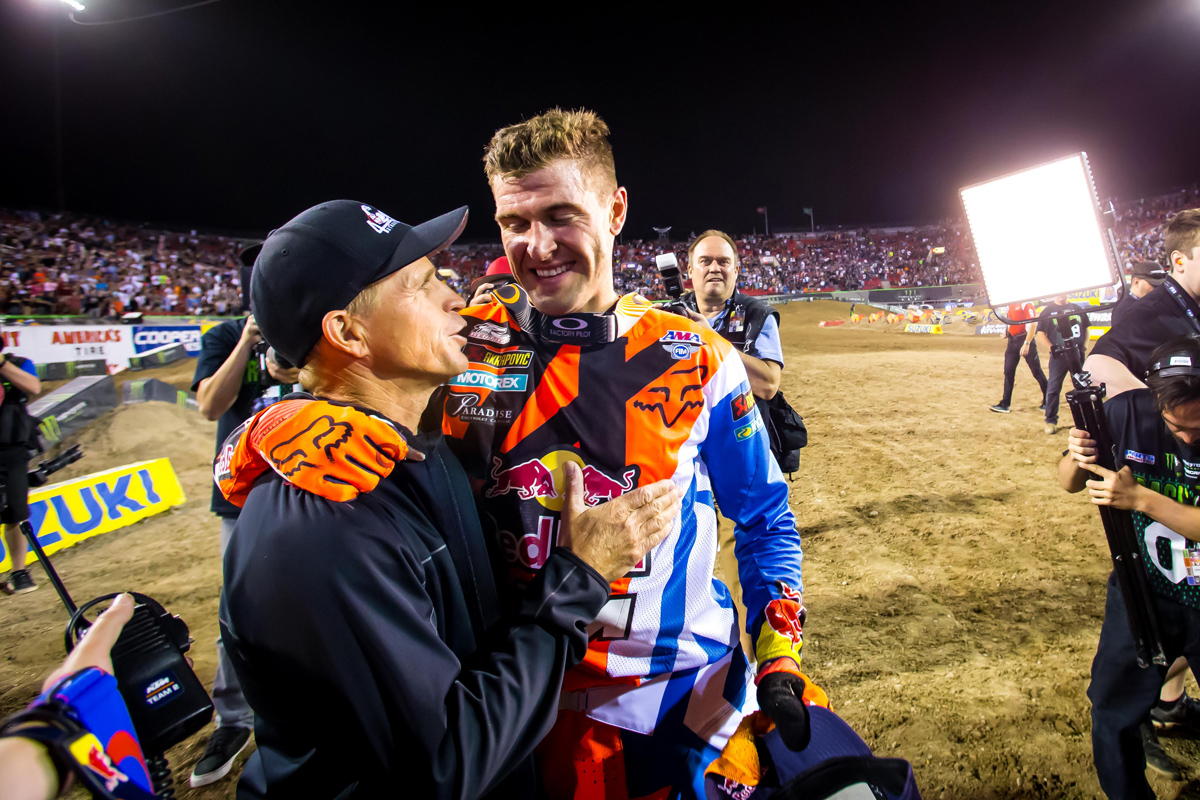 Baker, friendly, courteous and talkative (“For sure I was scared!” Musquin said when asked what he initially expected of his alliance with the renowned taskmaster in 2015) spoke about his work and mentioned that the rider/sportsman’s psyche was the next area for exploration and development; hinting the aspects of physiology and nutrition have been extensively mined and are relatively formulaic when tailored to the individual.

Perhaps some of his mental coaching has been most evident with Osborne’s evolution from fast and exciting athlete with potential to a ‘weapon’ of ruthlessness, to the point where the former GP rider is able to snatch a championship in the penultimate turn of the final Main of a pressurised 250SX season. Musquin as well showed no traces of vulnerability at the Sam Boyd to claim a million. “He helped me right away in the first year,” Musquin said. “I had more confidence and I won a supercross championship in the first season.” 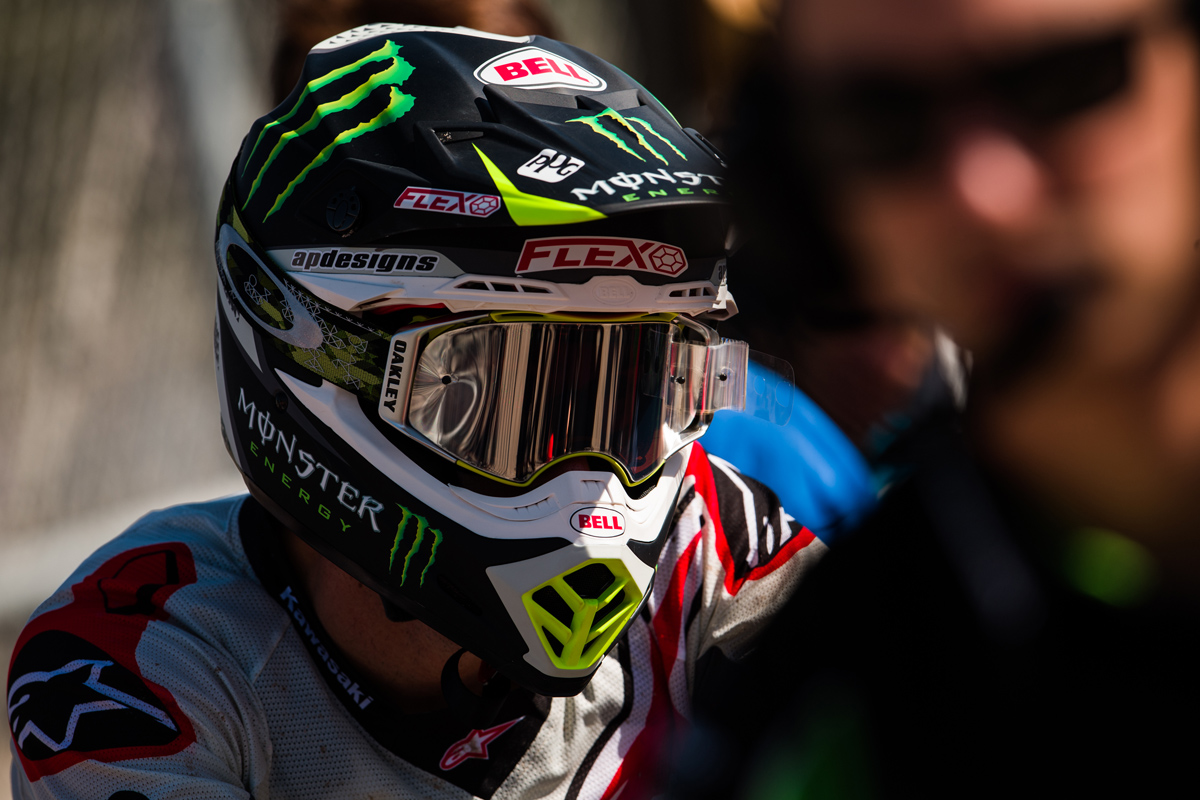 A figure like Aldon Baker and his knowledge and guidance is an exclusive and proven advantage but that’s not to say it is essential. In Las Vegas I was on interview duty with Eli Tomac and it was interesting to hear the extremes by which the 24 year old lives: supercross, Kawasaki, Monster Energy stardom to countryside-loving outdoor boy. An athlete surrounded by expertise and advice and yet prepares for one of the most demanding motorsports there is through a low-key collaboration with his father. Frantic motorcycle racer to lonesome hunter that stocks his freezer with the efforts of his leisure pursuit. Tomac is not the only individual to excel by their own means: Ken Roczen, Tony Cairoli, Clement Desalle and, most notably, Jeffrey Herlings are just some of the names that pop to mind having achieved big things largely on their own steam.

Baker’s work will come under scrutiny again if Musquin can emerge to lead a team like Red Bull KTM and ultimately head the 450SX championship (with SX incorporating some innovative modifications for 2018 it would seem after the announcement in Tampa this week) and if Anderson can develop from front-runner to consistent race winner. His influence will also be measured by the effectiveness of the staff he wishes to put in place to extend his operation. The possibilities for those elite (KTM or Husky armed) racers looking for the final x-factor might be within in reach if the lonely road of self-education doesn’t work out.