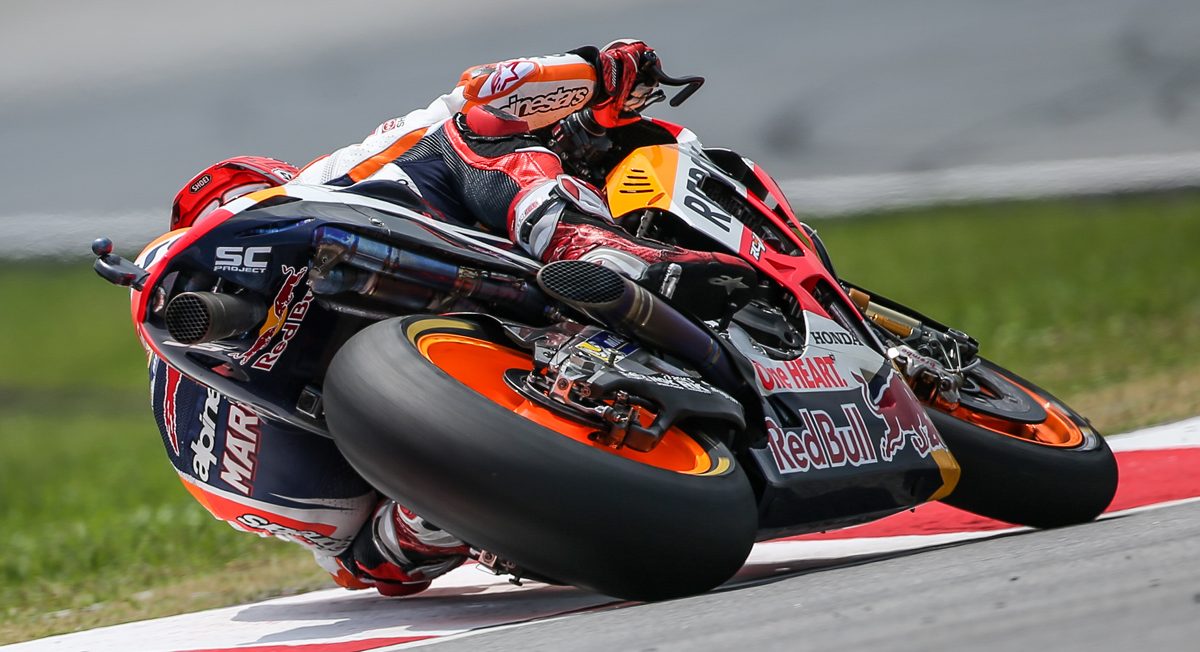 Marquez: time for the numbers?

Unless a minor miracle/disaster happens, then by the time the last bike crosses the finish line after the final MotoGP race of the 2017 season, Marc Márquez will rack up the fourth MotoGP and sixth Grand Prix title of his career. Even if he somehow misses out on the title at Valencia, his achievement is truly remarkable. In the 167 Grand Prix races Marc Márquez has started, he has finished on the podium a grand total of 101 times, winning 61 of them. He started from pole for 72 of those races.

To put that in perspective, in the first ten years of Valentino Rossi’s career, the Italian started 157 races, scored 117 podiums, and won 79 races. By the end of his tenth season, Rossi had racked up a total of seven Grand Prix titles, of which five in the premier class. By that time, the end of the 2005 season, Valentino Rossi was almost universally being referred to as the GOAT, the greatest of all time. At 26 years of age, everything came easily for him. He won races almost at will, at a rate of over 50% of race started. 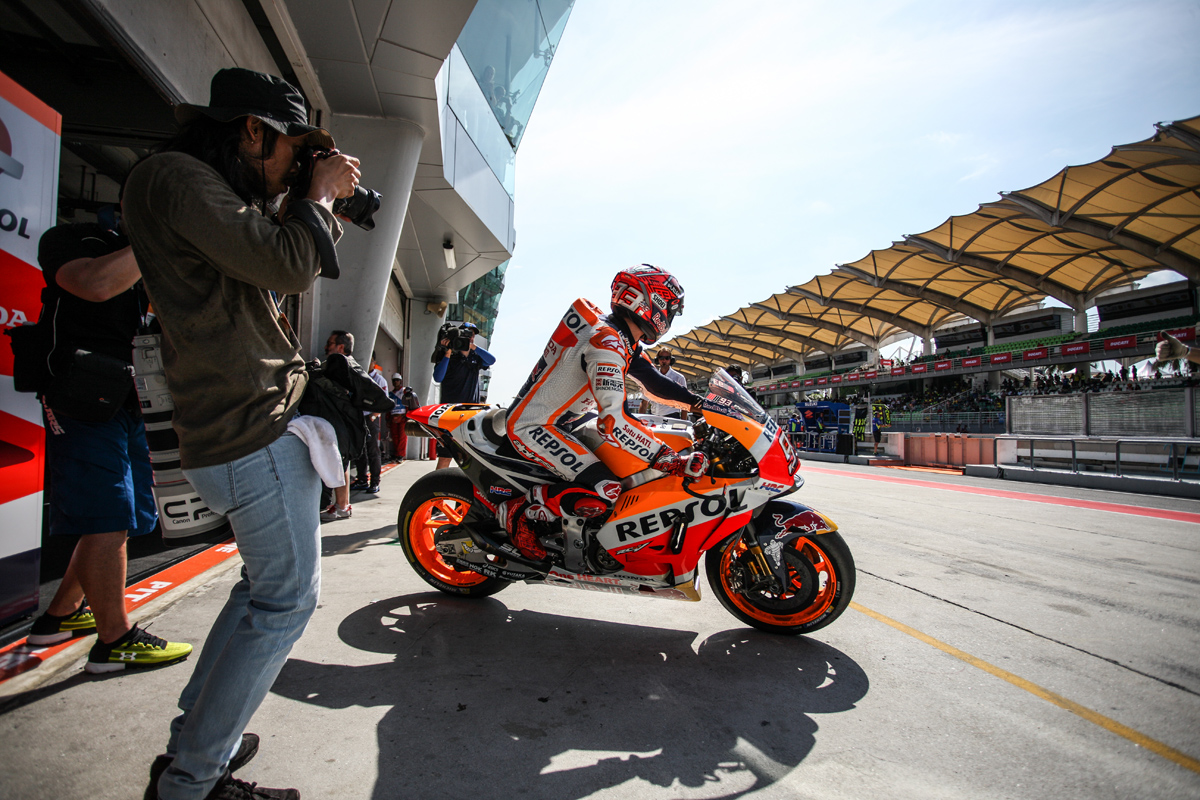 When the records of two riders converge like this, it is natural for fans and media to make comparisons. Especially as Rossi and Márquez find themselves in exclusive company. Only Mike Hailwood and Giacomo Agostini won anywhere near as much in their first ten seasons. Ago has an unassailable 108 victories from 148 starts in ten seasons, while Hailwood sits between Rossi and Márquez with 76 victories from 152 starts. Despite Márquez having the fewest wins of that elite group, a case can be made that his achievements are perhaps the greatest of the bunch. When Agostini and Hailwood raced, they commonly faced only one other serious competitor: their teammate on the factory MV Agusta. The rest of the field were usually on Norton, AJS, or Matchless singles, no match – pun intended – for the overwhelming might of the MV multis.

Valentino Rossi, too, had it easier in his first ten seasons than Márquez did. Of the riders Rossi competed against, only Max Biaggi featured in the top 10 all-time winners list, with a total of 42 victories. Marc Márquez faces three of the top ten most successful riders: Jorge Lorenzo, Dani Pedrosa, and of course Rossi himself. Those three have a combined total of 233 wins between them. The competition is much, much stiffer nowadays.

So is Marc Márquez the new GOAT? It is still too early to make such a claim, but the signs are ominous. Despite the level of competition, Marc Márquez keeps finding a way to win, both races and championships. Each of his MotoGP titles has been unique: he came into the premier class smashing records set by Freddie Spencer, as youngest GP winner, youngest champion, and only the second ever rider after Kenny Roberts to grasp the crown in his first season. In 2014, he had an incredible run of ten straight race wins. In 2015, he learned the cost of crashing, falling too often to defend his title. It was a lesson he took half a season to learn, winning four of the last ten races, and one he carried through to 2016, when he wrapped up his third MotoGP gong.

Those two years of struggle, 2015 and 2016, were the making of Marc Márquez the champion. Complacent from Márquez’ easy victories, Honda took the RC213V down a dead end, seeking ever more power and making the bike harder and harder to ride. It took hard words on the part of the Spaniard to get HRC back on track, a path they are only now really committed to. Despite the difficulty, Márquez kept winning, but a sign of how hard he was having to try is the string of incredible front-end saves he has to his name. No MotoGP highlight reel is complete without a couple of Márquez’ spectacular saves. His reflexes, his balance, his delicacy and finesse in controlling the brakes, throttle, and attitude of the bike is what make him unique talent. 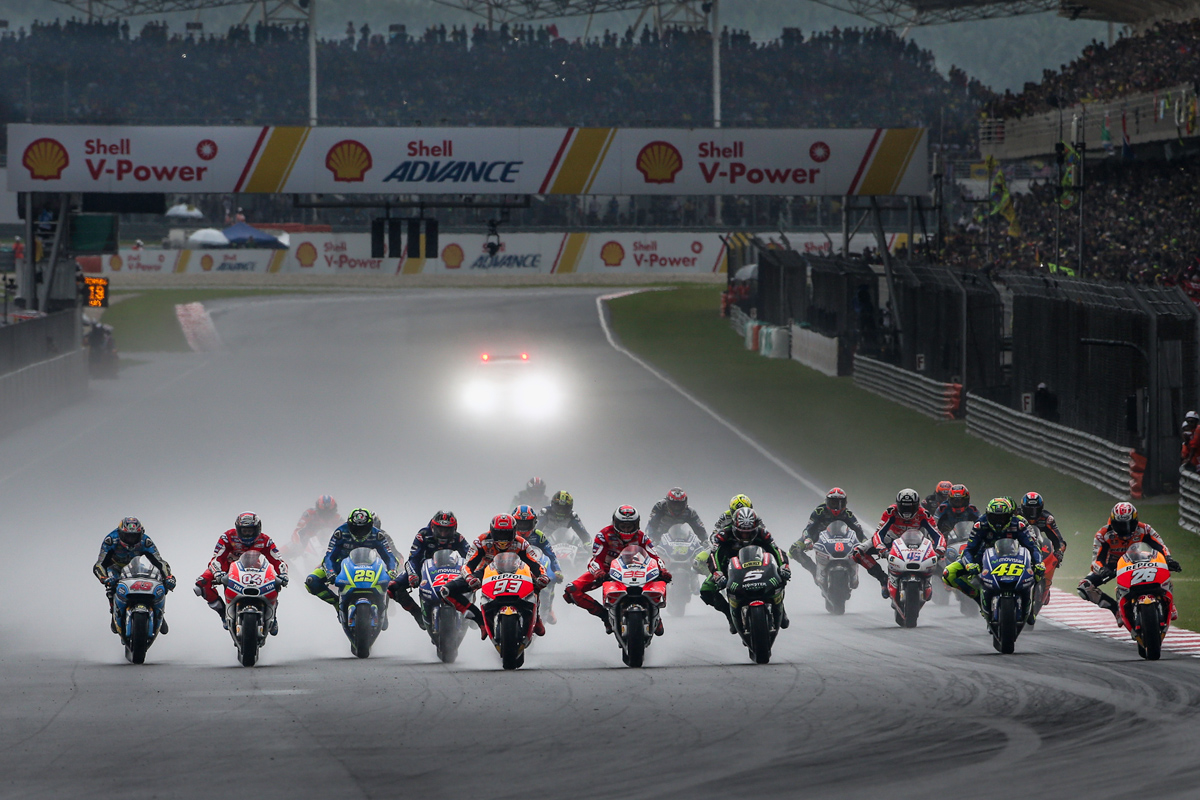 Where next? At the end of Valentino Rossi’s tenth season, he had grown bored of easy victories and toyed with a switch to Formula One. That distraction cost him the 2006 title, which in turn reignited his passion for MotoGP. Márquez shows no signs of boredom yet, perhaps a result of having to work so hard at beating his rivals. He also shows no interest in four wheels, much to Carmelo Ezpeleta’s relief. At 24, his ambition and hunger for victory burns as bright as ever. He will be racing in MotoGP for a very long time to come.

Will he stay with Honda, though? That is the (multi?) million dollar question. I do not get the sense that Márquez is necessarily looking for fresh challenges outside of Honda, as Rossi was when he made the switch to Yamaha. But nor is Márquez bound by some special loyalty, other than to his crew, the mechanics who have been with him since Moto2. Márquez had a chance to switch to Ducati for 2017 – rumour has it Jorge Lorenzo was the Italian factory’s second choice, when they couldn’t get Márquez – but chose to stay with Honda. As a stalwart of Red Bull, there is no question that KTM would love to have Márquez on their bike, once it is capable of winning. At its current rate of progress, that should be in 2019. Would Márquez go? Though he is exceptionally well paid, money alone would not be enough to tempt him. He would have to believe he can win.

How long will Marc Márquez keep on racing? In that, he is very much like Valentino Rossi, in whose footsteps he follows. At the age of 38, Rossi shows no sign of retiring, because he still believes he can win races and compete for a title. That spirit, that doggedness, that willingness to sacrifice everything on the altar of his ambition is something Márquez shares with Rossi. He could easily be racing for another ten seasons. And that has to be a good thing for MotoGP.