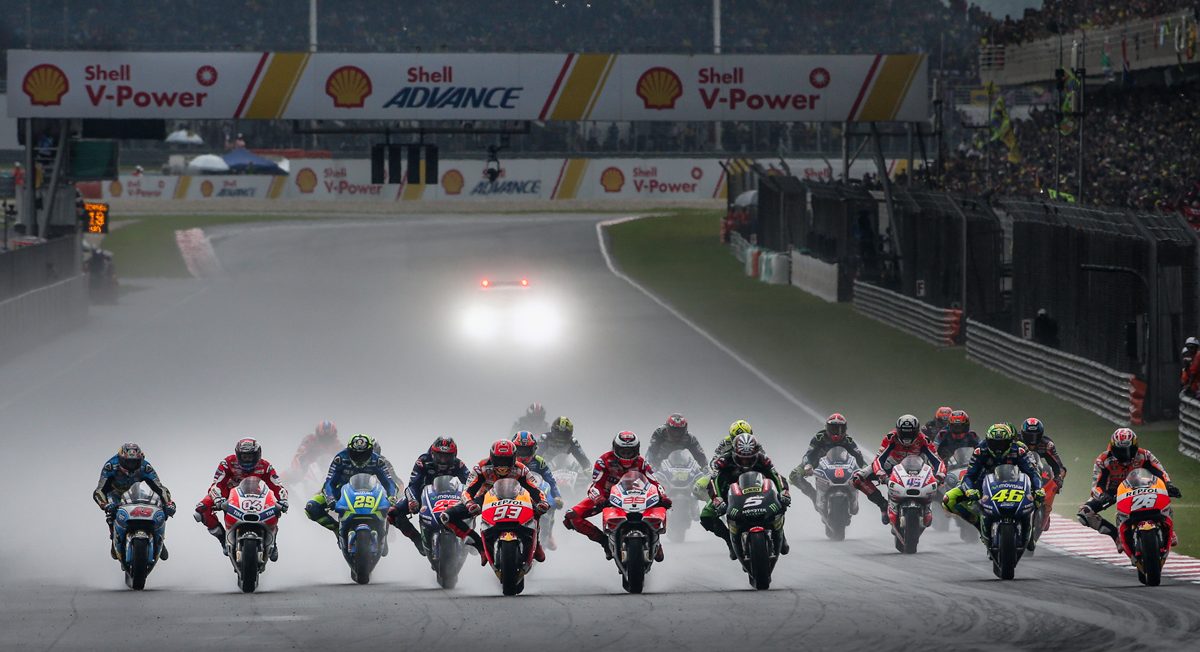 Even after a little over twelve hours of Grand Prix (17 races, 417 laps) contested in front of 1 million 261,189 people, and millions more on television, the story of 2017 has come down to two men. And, thanks to Ducati’s recent domination of Sepang, the possibility of this thrilling year being decided between 2 and 3pm on Sunday afternoon remains open, no matter how minor the chances for one of the protagonists.

For the 18th occasion in the 69-year history of grand prix racing the premier class will have a final round showdown. How fitting that this season, which has intrigued and delighted in equal measure, will have the finale it deserves. 21 points is the magical number that separates Marc Marquez, the exotic talent from Catalonia that has designs on Valentino Rossi’s Greatest of All Time label, and Andrea Dovizioso, the thinking rider’s rider, and – let’s be frank – a man whom we never imagined taking this title chase so far.

In pitting these two names together, MotoGP has found an unlikely match: two men at different stages of life, with differing approaches aiming for different milestones. Neither is absorbed by dislike nor – whisper it – simmering hatred, as witnessed in previous showdowns. And on the face of it, both have remained respectful and cordial – friendly even – in the face of an absorbing scrap that has had two clear flashpoints along the way.

They may have ploughed a similar, meteoric path to the top class, but the fortunes of Marquez and Dovizioso when tackling MotoGP machinery has differed drastically. Prior to 2017, the Honda man amassed three world titles, 29 wins and 37 poles in four years, while Dovizioso won just once as he switched from satellite to factory, Honda to Yamaha and then Ducati, across nine campaigns. 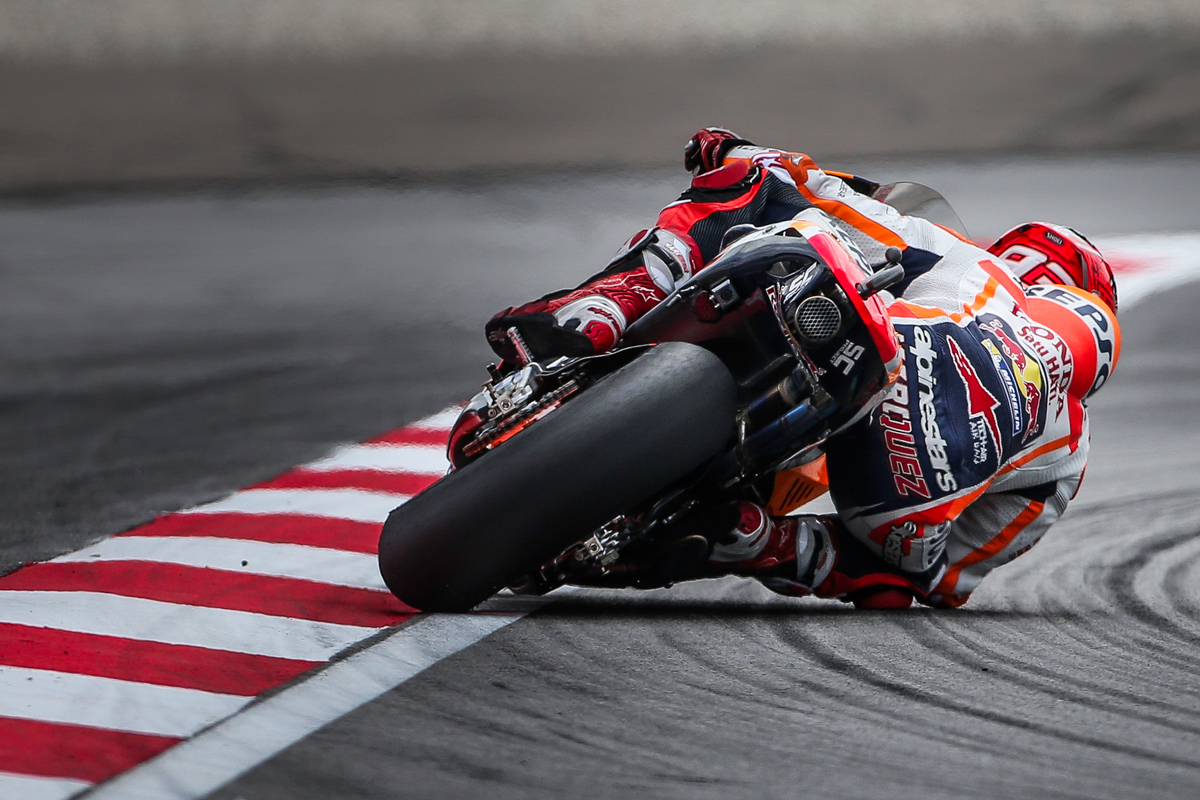 In that time Marquez has rightly been lauded as a rider whose name would come to define a generation– much in the ilk of Agostini, Doohan or Rossi before – while Dovizioso was written off as a talent some way below that of the class’ leading names. It was something that prickled those competitive instincts until recently too. “Many times when I make a result some other riders think it’s easy to do,” he told me in May, before his title challenge really kicked into gear. “From the outside it doesn’t look like I did a really special result. But when I’m inside I can say that it was.”

With that self-belief, little wonder he has appeared completely at home under the spotlight that comes with his newfound status as Marquez’s rival-in-chief. There has been a cold precision to his race-craft all year long, with the timing of his attacks at Mugello, Montmeló and Silverstone all judged to perfection. And in Japan, Dovizioso repeatedly looked Marquez in the eye, and matched him, move for move, all the way. The mental training of Italian psychologist Amedeo Maffei has improved his ability to maintain a cool throughout a weekend, to “work calmly and in the correct way,” with the race always in mind.

Still, Marquez remains the sport’s brightest talent. His riding since the summer break has often veered toward the mesmeric, his speed across the weekend nothing short of relentless. Had it not been for that unfortunate engine failure in England we wouldn’t even be considering this possibility, and the 24-year old would looking back on a haul of 178 points from the past eight races.

Considering last corner battles in Austria and Japan, it has been a surprise tensions haven’t boiled over. Remember the post race press conference in Spielberg? Well, Marquez’s admission he touched the Ducati’s rear wheel at one point was met with mock incredulity. “I felt something and thought, ‘What was that?’” Dovizioso said, before shaking his head, raising a hand to conceal a wry grin. It has rarely gone further than that. Marquez landed the slightest of jibes before Sepang: “If Dovi wins the championship; amazing season. If he finishes second; amazing season,” he told colleague Pete McLaren. “It’s like you can lose the championship and he can only win.” Even then, the reigning champion’s words were still grounded in reality.

Not that any of this means this weekend will lack the tension that comes with such an occasion. Expect a few pointed verbal grenades to be lobbed from at least one corner with both riders’ means of attacking the weekend key. After all, Marquez’s lead remains a huge deficit for Dovizioso to overturn. The Italian and Ducati management know as much. “It’s almost impossible,” admitted team boss Davide Tardozzi in Malaysia. “But never say never.”

For hoping for a Marquez blunder at a track like Sepang, that favours Ducati, is one thing. Doing so at the Circuit Ricardo Tormo is quite another. The Catalan loves its anti-clockwise layout, and its short, sharp bursts with quick changes of direction. A dirt-tracker in his spare time, Marquez has a particular fondness for the constant flow of lefts. He’s claimed five podiums here, two of those wins. Of the four anti-clockwise tracks we have already visited this year, the 24-year old has walked away from them all cradling the winner’s trophy.

And enduring that agonising week-and-a-half that precedes the final grand prix when a title is on the line is no new experience for Marquez. On both occasions he contested a title finale (2010, 125cc and 2013, MotoGP), he handled the occasion with a measured cool that was befitting of Eddie Lawson. Dovizioso has only experienced a final-round fight once, that ultimately doomed attempt at wrestling the 250cc crown from current team-mate Jorge Lorenzo’s grasp in ’06. 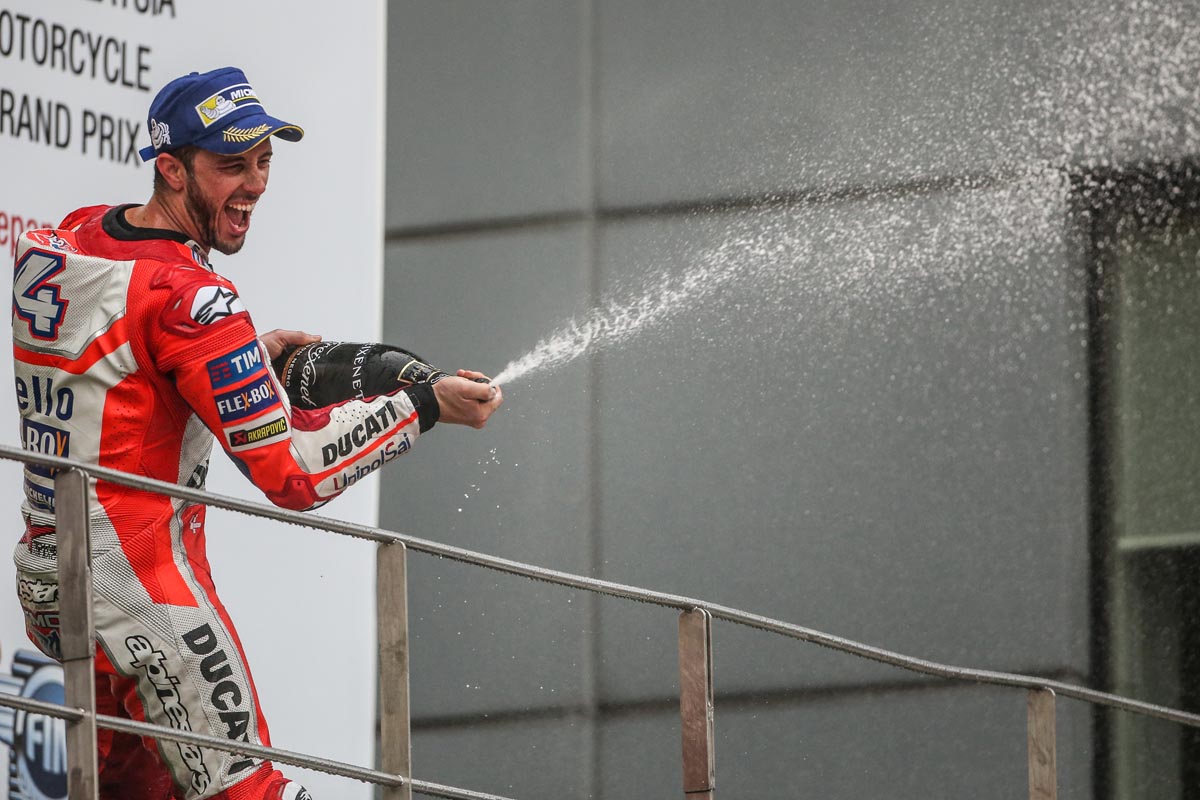 The Italian certainly wouldn’t consider Valencia among his favoured tracks. Of his nine previous MotoGP outings at Valencia, his scorecard reads: fourth, eighth, fifth, third, sixth, ninth, fourth, seventh, and seventh – numbers that won’t awaken Marquez from his deepest dreams in a cold sweat, especially as a supporting cast – Dani Pedrosa, Maverick Viñales, Lorenzo –not only excel here, but are keen to end the season on a high.

For all of this, there remains a suspicion that a further twist in this title race awaits. Marquez has proven adept at reacting to any challenge posed throughout this year but there was no doubt he wasn’t quite his usual, swashbuckling self at Sepang. He has been known to crash this year – 25 times, eight more than his previous highest – and finding the correct balance between defence and attack could yet be his undoing. And Dovizioso has proven by now he can be competitive at tracks Ducati had previously feared.

On most days Marquez could ride around Valencia and collect the necessary eleventh place with one eye closed. But 2017 has been one of those wacky years that – like ’06 – leaves us expecting the unexpected. What better way to end this particular preview with a statement Dovizioso has come to call his own in recent weeks: “Anything can happen.”