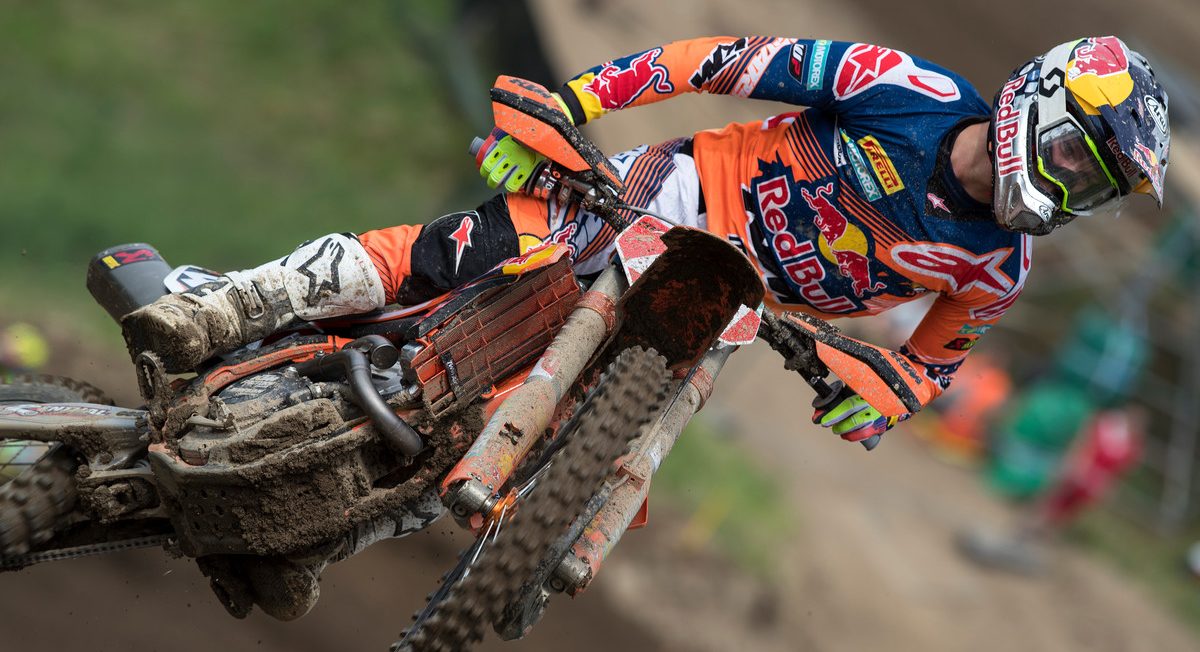 Pauls Jonass will become the first KTM-mounted FIM Motocross World Champion to use the number one plate since Marvin Musquin in 2011 when he bolts the digit onto his Red Bull machine for 2018.

The twenty year old Latvian will alter his #41 career number in recognition of his first MX2 title and for his country come the start of the twenty-round campaign in Argentina next March. “It looks like it I’ll go for it,” he admitted. “I’ve thought a lot about it and also how I could even work the 41 into the 1. I think it is an opportunity that doesn’t come along that often in your life so why not?”

Jonass will also be the first MX2 champion to defend his title since Jordi Tixier in 2015 after the departures of both Tim Gajser and Jeffrey Herlings in the last two years and the first since Musquin to do so from the confines of the same team; the Frenchman was a double winner in 2009 and 2010 before leaving to AMA competition. 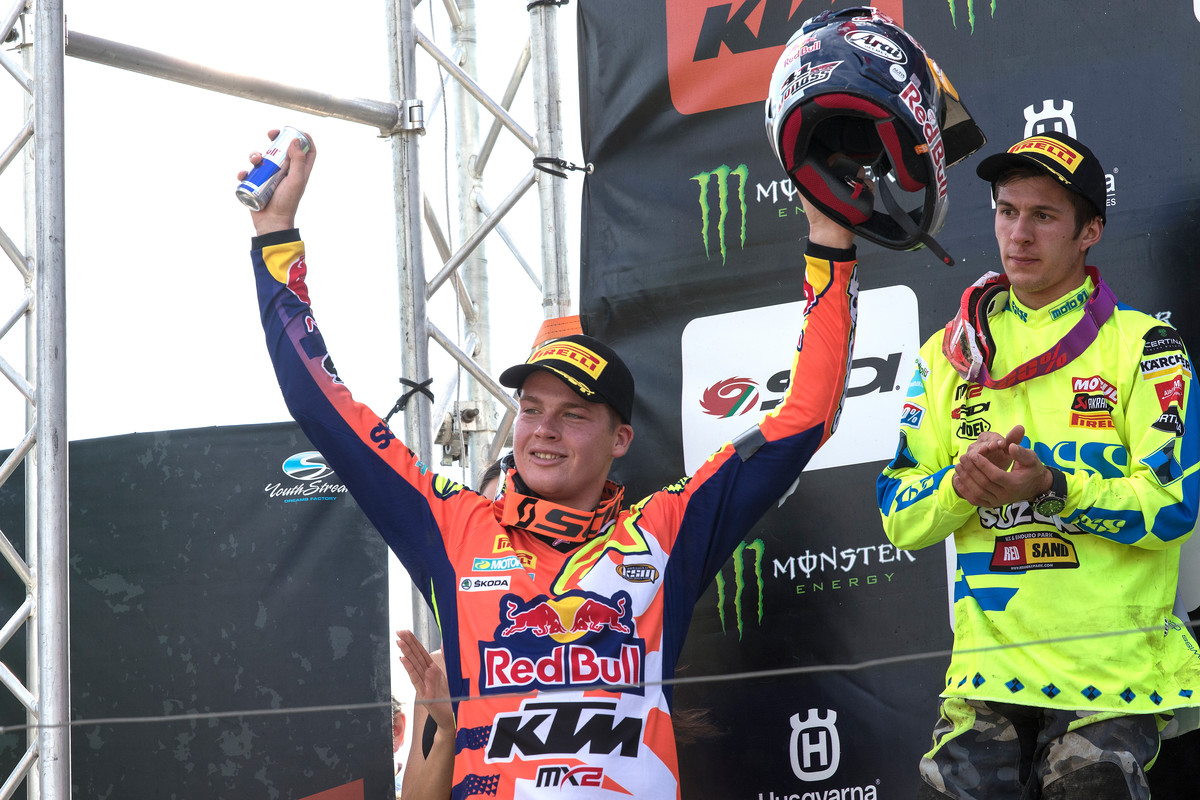 Jonass will not face 2017 title threats Jeremy Seewer and Benoit Paturel with both rivals having aged-out of MX2 but – outside of Red Bull KTM teammate Jorge Prado – is already aware of his most potent opposition.

“I was at the Nations and watched Hunter Lawrence and he rode really well so I think he’ll also be good next year,” he said of the Australian who posted two podium finishes from the last three rounds of MX2 and will be armed with Honda HRC support in 2018. “Then you also have to count the [Rockstar Energy] Husky guys with [Thomas] Covington and [Thomas Kjer] Olsen; it’s gonna be a good season and it will depend on who puts in the work in the winter. People said that Seewer will be going and the class won’t be as strong but there is always some new guy that comes up.” 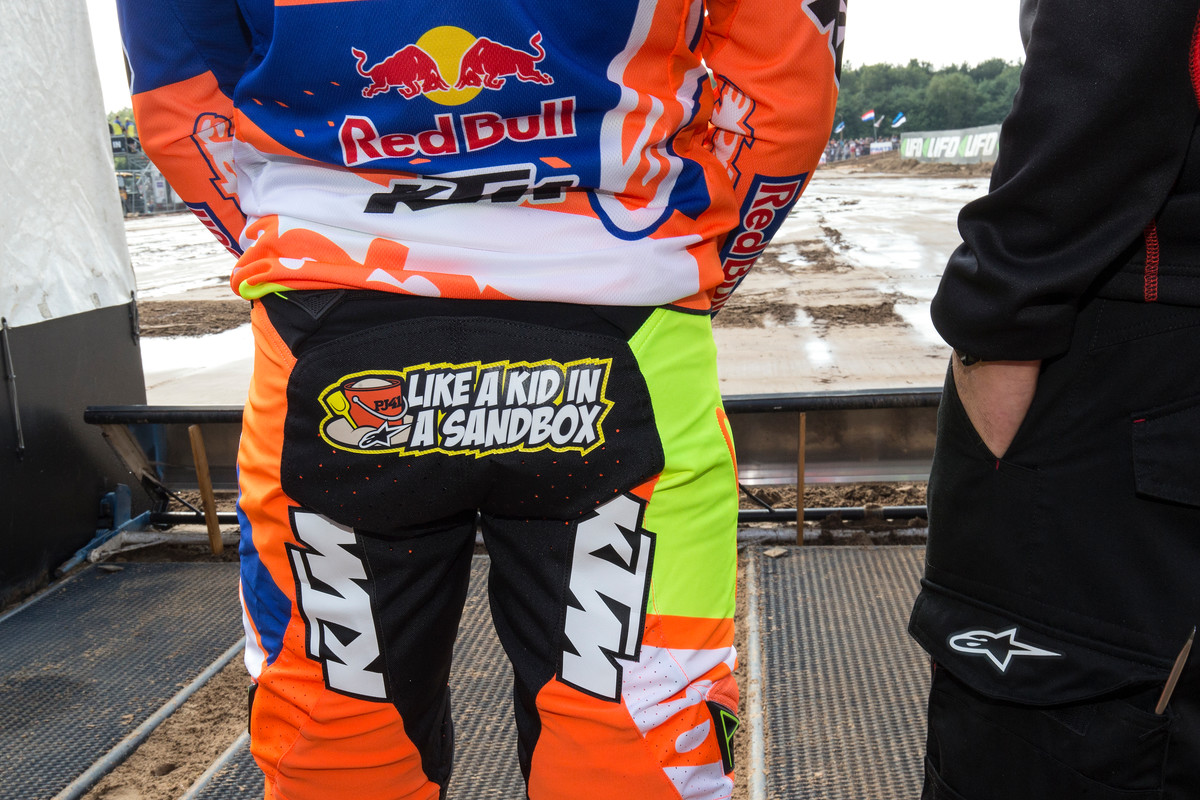 Pauls will face any new opposition without coach Marc de Reuver in his corner. The Dutchman was a key part of Jonass’s superb title-winning campaign that resulted in fifteen podium finishes; the highest total of any rider in MXGP.

“I’m not working with Marc any more and it was a tough decision,” Pauls explained. “He did a great job for me this year but I sat down with my Dad and manager and talked about how we could make the next step and look towards MXGP in two years time and decision I needed to be a bit more independent and do a bit more by myself.”