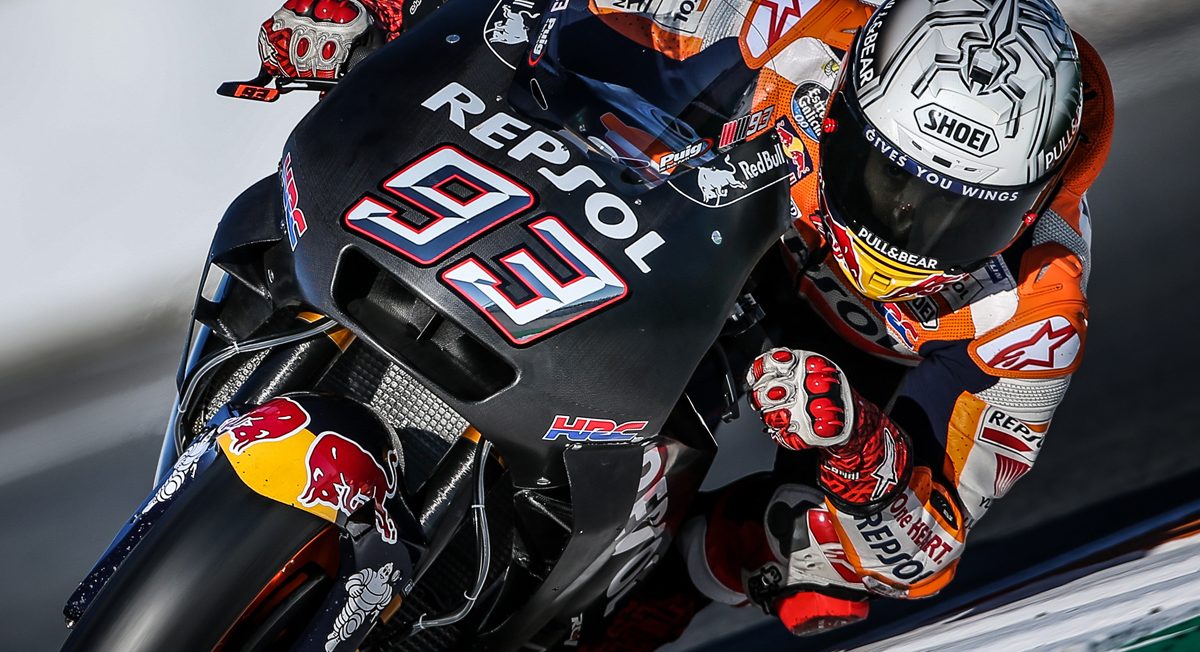 Normally, what us nerdier types look forward to at Valencia is not the last race of the season – at such a tight circuit, passing is always tough, and the field often quickly gets spread out – but the two-day test which follows on the Tuesday and Wednesday afterwards. As it happened, the GP turned out to be pretty exciting, including a front-end save by Marc Márquez, which typified his whole year, but the test afterwards still provided plenty of food for thought. We didn’t get to see the definitive versions of the 2018 bikes (that will have to wait until Sepang at the end of January) but we did get a general sense of which direction the factories are heading in. Here’s what we learned from Valencia, and what we can expect for 2018: 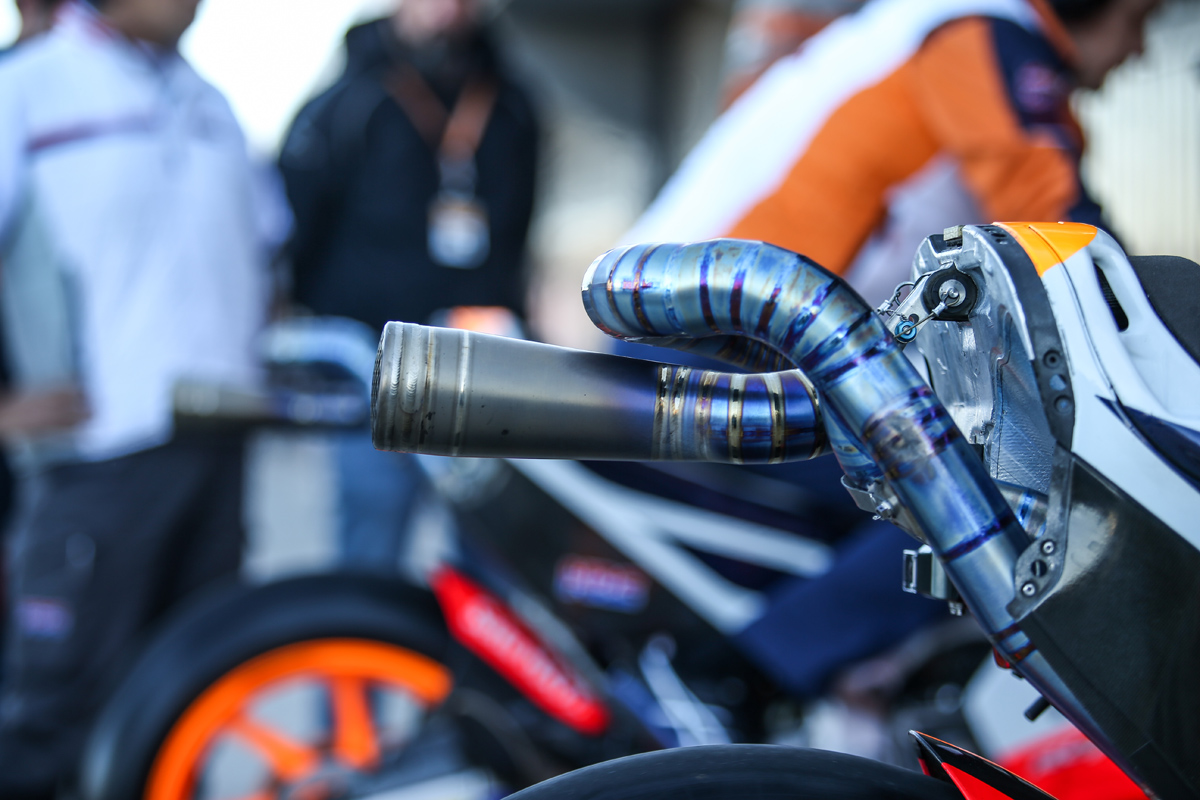 HRC were the only factory to bring the first iteration of next year’s bike to Valencia. It was, we were told, a completely new bike: new engine, new chassis, new exhausts. The new exhausts provided a clue of the direction taken: though the rear exhaust appeared shorter, the point at which the individual pipes joined to become two-into-one exhausts was further back. Honda have been working on making the bike more rideable for the past couple of years (though without much success, if the riders are to be believed), and the 2018 bike appears to be something of a breakthrough. The test finished with Marc Márquez fastest, and both Repsol Honda riders satisfied. For the past three years, the Honda riders have left Valencia with no idea of how good the engine might be, as the electronics have been such a mess. This year, “it’s inside the parameters,” as Márquez put it. “The engine is good. The chassis? Doubts.” With engine development frozen during the season, having the engine sorted before Qatar is really important. The competition should be worried. 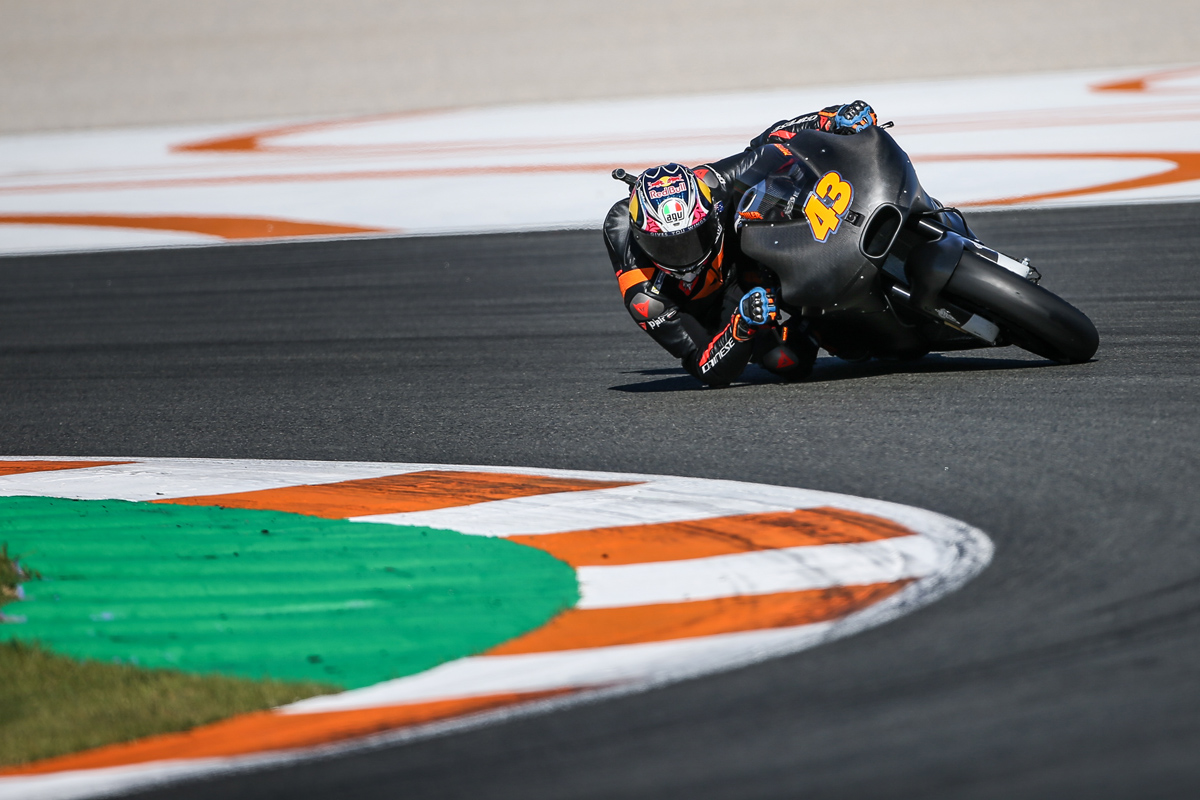 Ducati did not have anything major at the Valencia test. “We tried small things,” Andrea Dovizioso told us. “We just wanted to try different things to decide which way to go with the 2018 bike.” Ducati are in Jerez this week, and they will be seeking more direction there. We are expecting to see a brand new chassis at the Sepang test, as Ducati Corse boss Gigi Dall’Igna told me had a clear idea of how to fix the turning issue which has plagued the Ducati almost since its inception. Jorge Lorenzo ended the test in fifth, while Dovizioso was just tenth overall. That is not surprising, given he had a lost championship to digest. Good news for the Italian factory was that Jack Miller jumped on the bike and was immediately fast. The Australian could give Danilo Petrucci a run for his money in the Pramac Ducati team next year. 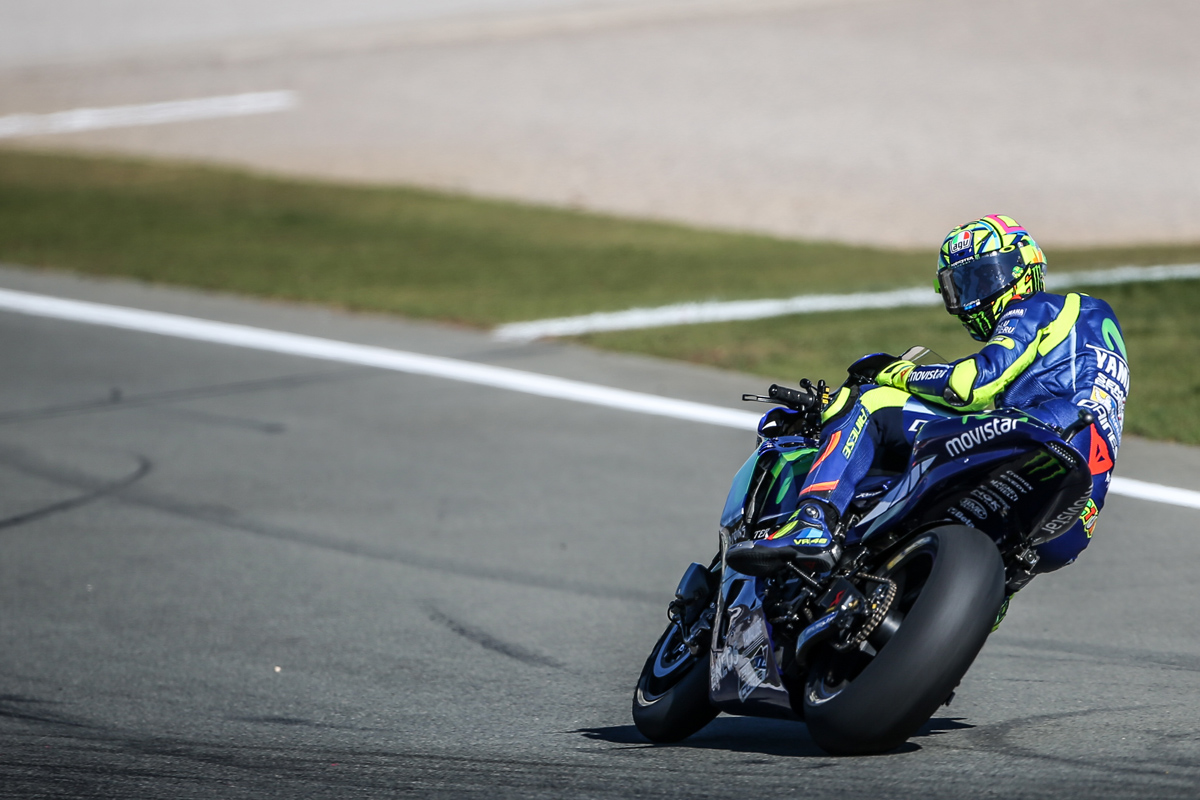 2017 was a tough season for Yamaha. The factory’s second place in the constructors’ championship was only saved by the Ducatis crashing out. Sure, Maverick Viñales won three races, and Valentino Rossi won another, but they sank without trace several times this season, usually when there was no grip. Yamaha have urgent problems to fix: they tested a new engine at Valencia, which had a bit more power while keeping drive off the bottom. But they also spent a lot of time going back and forth between 2016 and 2017 M1 chassis, with Johann Zarco drafted in to help with testing duties. That may not have helped: Zarco loved the 2017 bike, Viñales and Rossi said the 2016 was better, though it ate up tyres. All three Yamaha riders are in Sepang this week for a private test. Their 2018 season may depend on it.

Suzuki were mostly testing incremental improvements on the bike, including a new engine first tried after Aragon. That helps: the bike was a second a lap quicker at that test. A year without podiums mean Suzuki also get their concessions back, meaning they can bring an updated engine during the season, but team manager Davide Brivio emphasized that the objective was not to make the same mistake again. A year of experience for both Andrea Iannone and Alex Rins should make them more competitive next year. The bike is already the best handling of the bunch. It just needs to be faster. 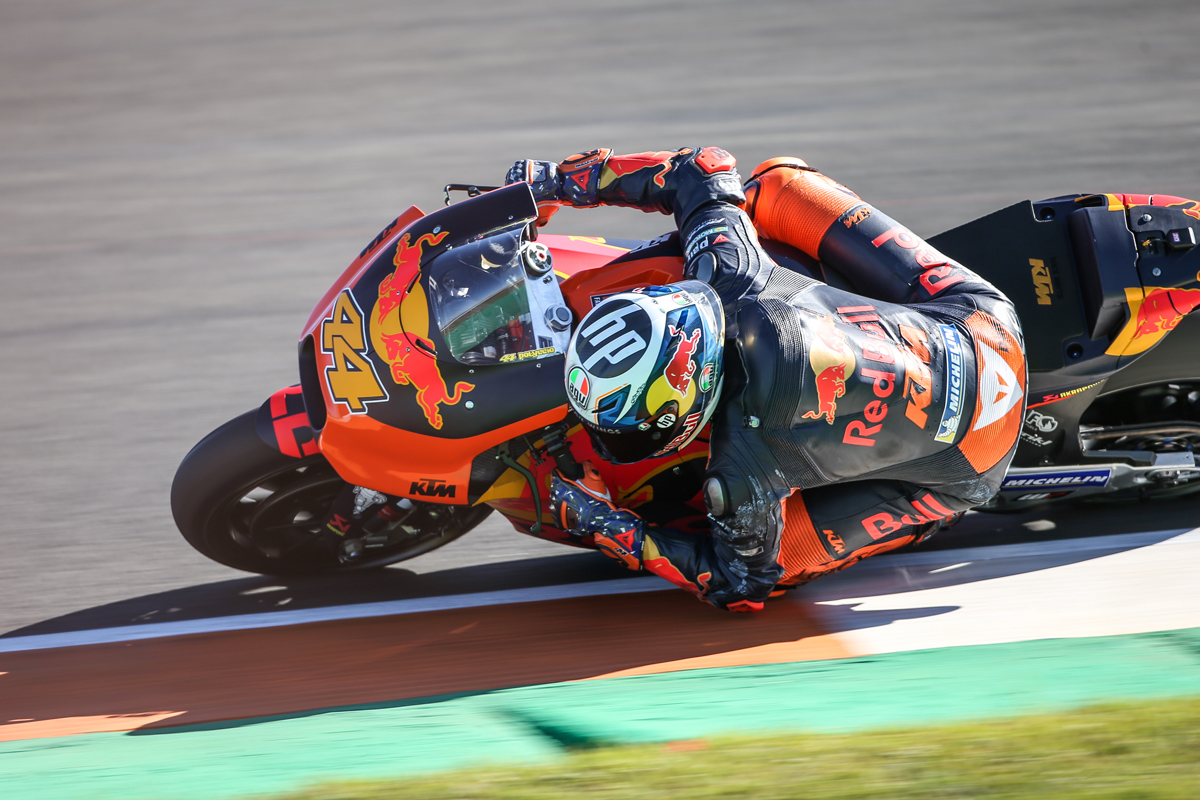 The progress made by KTM in 2017 is breath-taking. From three seconds a lap slower at Qatar, to half a second at Valencia. More progress is coming: chassis, swingarm, suspension, wheels and electronics were tested at Valencia, a new engine is due around Christmas. The RC16 needs to turn better, something the new engine configuration should help solve. But now, the main focus is on tyre wear, and keeping up the pace in the latter stages of the race. The bike is very nearly ready to be extremely competitive. If the rumours are true, and KTM are close to a deal with Johann Zarco, things could get very interesting in 2019.

Aleix Espargaro and Scott Redding are waiting for Aprilia to finish work on the 2018 bike, but that won’t be ready until Sepang. A new swingarm at Valencia failed to convince Espargaro, so much so that he decided to skip the Jerez test this week. Redding found out two things at Valencia: that the RS-GP is a much more difficult bike to ride than he expected, and that the successes booked by Espargaro are all down to the Spaniard overriding the bike. More bottom end and better feeling from the front end is needed to make it more rideable. But progress at Aprilia has been slow. There is a lot of work left to do.