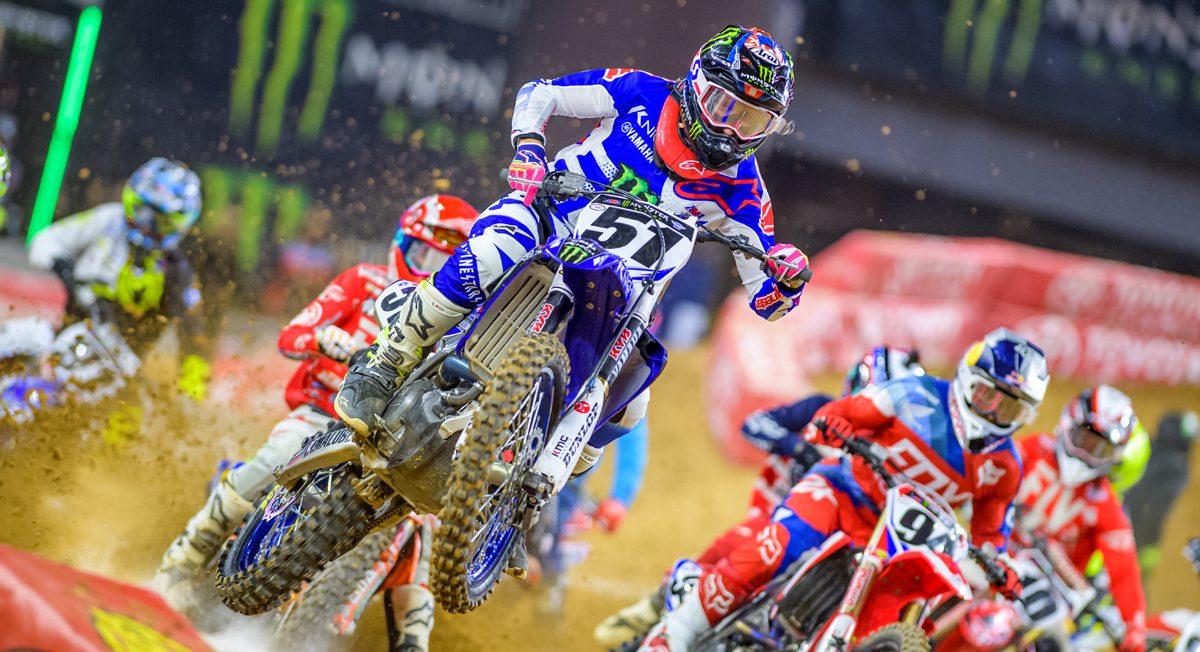 Wow. What the hell happened? We’re two rounds down in the Monster Energy Supercross series and we’ve already got a bunch of wounded warriors. The sport is probably already one of the most grueling ones out there and in 2018, much to the chagrin of the promoters, we’re already seeing proof of how unforgiving it can be.

This past weekend, Red Bull KTM’s Marvin Musquin endoed in the whoops and appeared to separate or dislocate his shoulder causing him to miss the main event and leave his status in question. Of course his crash was about four hours after the title favorite, Monster Kawasaki’s Eli Tomac, was unable to log a practice time anywhere close to what he needed with a shoulder injury sustained from last week. Tomac has gone DNF-DNS to start the season. Oh yeah, Rockstar Husqvarna’s Dean Wilson also was unable to race due to a shoulder from a crash at Anaheim 1. Three energy drink companies, three shoulder injuries. Try to absorb that in your brain. 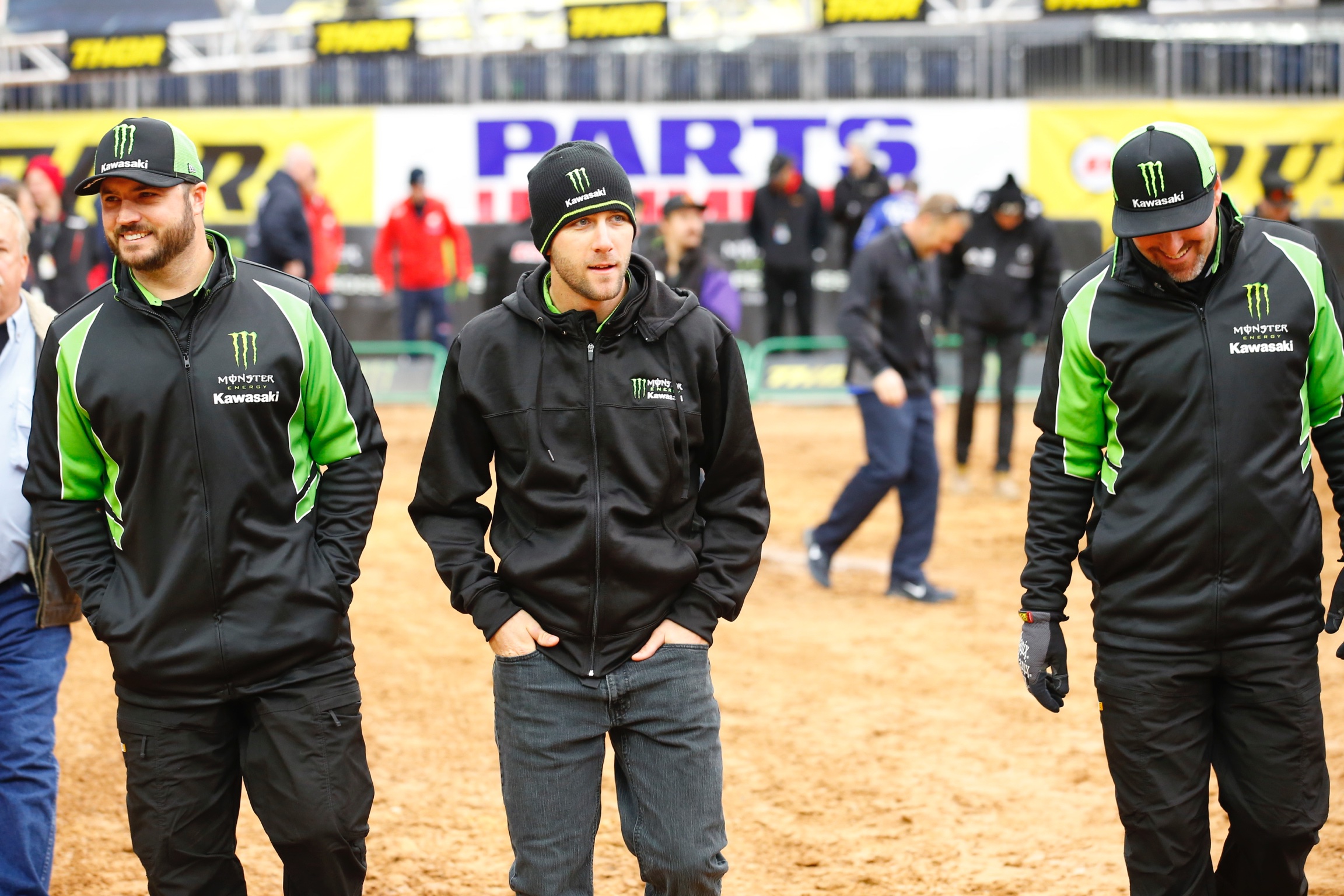 Yeah, well it’s a rough sport we’ll all acknowledge but this is particularly cruel for everyone involved. I mean, we’re talking round one or two here! It’s not good for ticket sales, nor TV ratings, nor series interest that these big names can’t make it through two weeks. And that just affects the people that have no skin in the game. Firsthand I know that the blood, sweat and tears the teams have put into getting everything right. Hours and hours of work for everyone (more than the riders put in by the way) and WHAM, your best laid plans are up in smoke. It’s a crying shame for everyone you know? 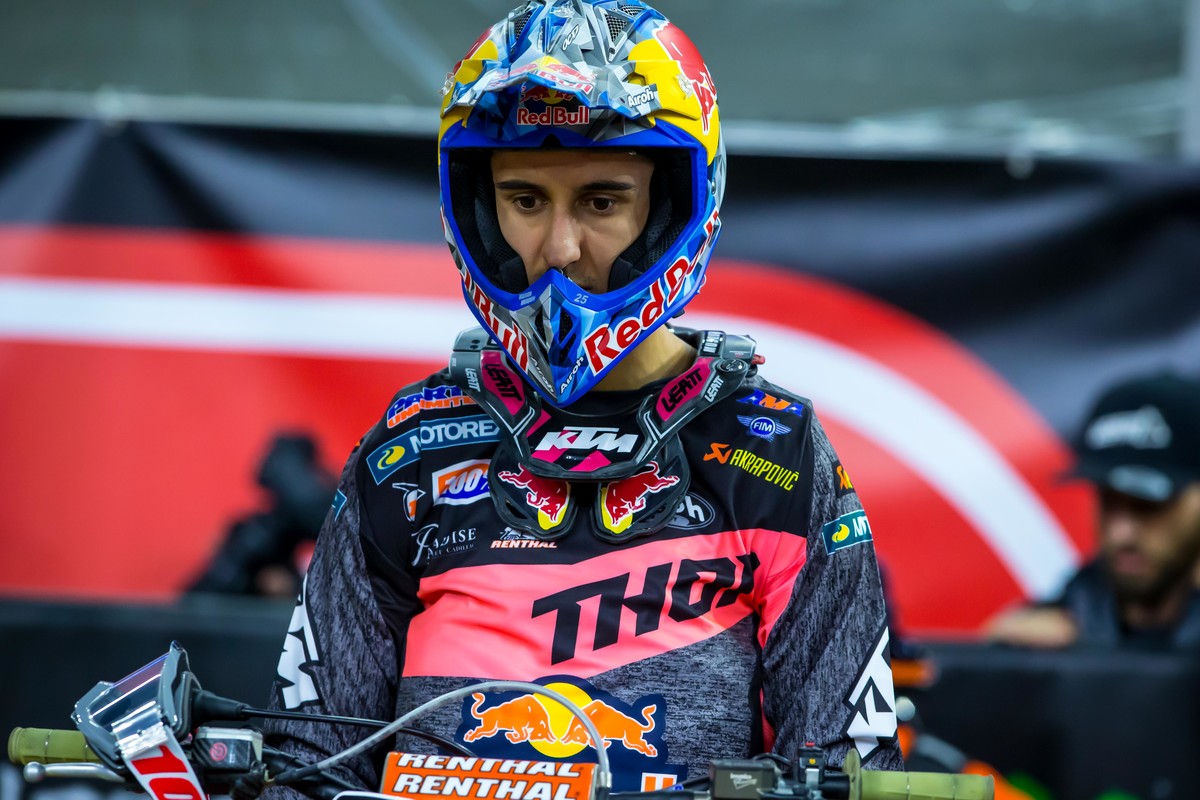 Justin Brayton, on the MCR Honda team, is off to a good start and as a veteran of the series, I asked him what he thought of the mounting toll of injuries just two weeks in.

“It is a bummer but it happens every year,” he said. “I’ve been in it ten or so years now and there’s not been a year where just everybody stays healthy. I think fans should look more at how gnarly it is. They kind of think we’re just robots now and this guy should do this, this guy should do that. It’s a really, really tough sport. I love it.”

So that’s the thousand foot view of the situation and as Brayton says, the fans should remember that these guys are trying to go as fast as they can on a track where it’s easy to make a mistake. Weston Peick of the JGR Suzuki team took a very rider-familiar look. 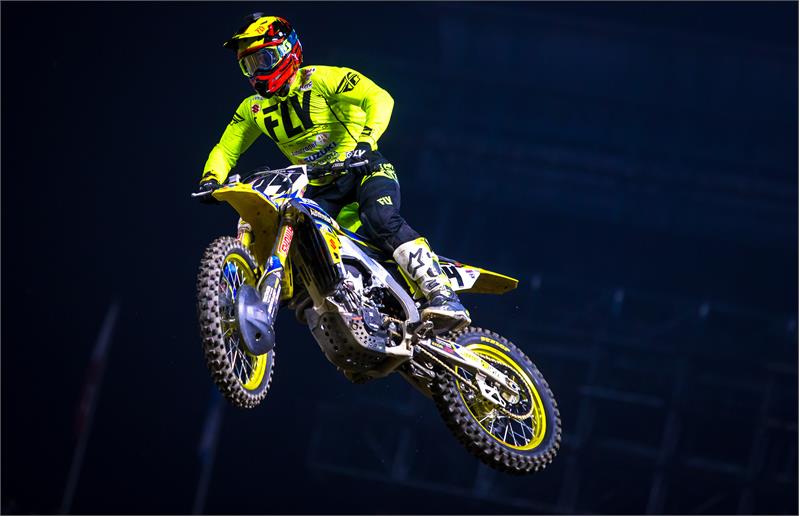 “It’s just like any other sport, injuries. You could take the fastest guy out there and he makes one mistake like he did tonight and hurt his shoulder, even with Eli last week. It’s just the sport, man. It’s everybody stepping it up. They’re pushing over the edge to win. That’s just what it is. I’m just trying to capitalize on that and just run it out consistent. If I’m getting fifth places by the end of this season, I could be in the position for a top three overall.”

Peick has a ‘it is what it is’ outlook but, of course, he could also be easily bit by the sport that he loves like he was last year. You gotta pay the toll to rock n roll as the song goes but gee whiz, why does the payment have to come so early on?