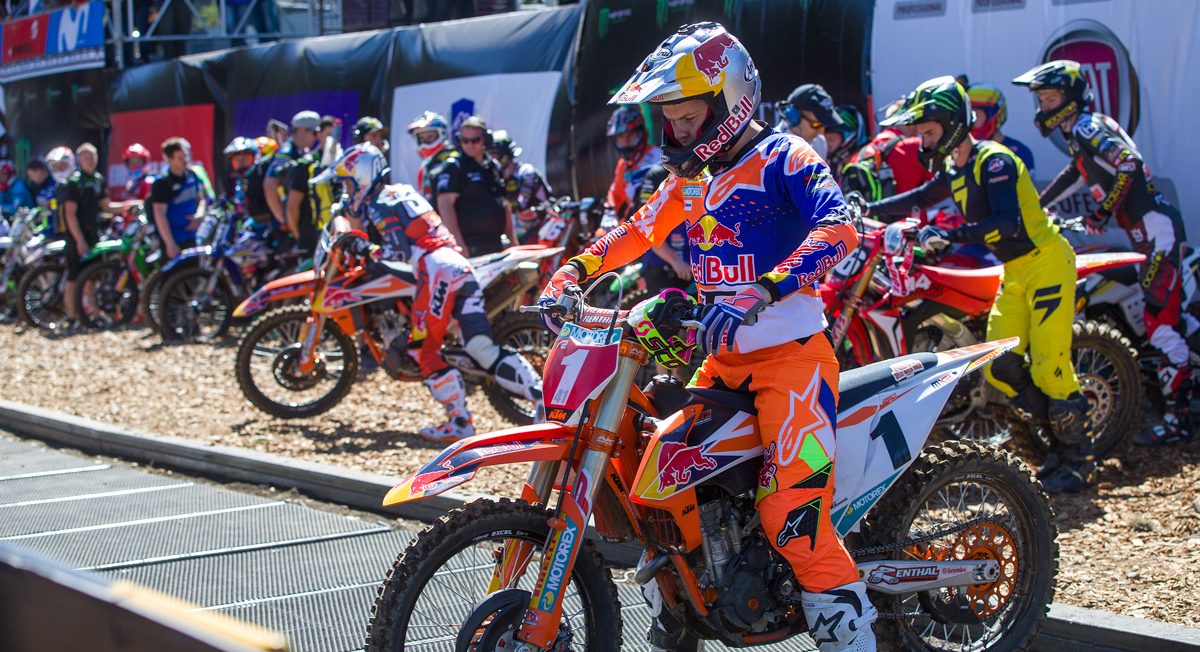 MX2 World Champion and winner of all six Grand Prix motos so far in the division this year, Red Bull KTM’s Pauls Jonass, has admitted that tentative plans are already in place for his move to the premier class in 2019. The 21 year old holds a 30 point advantage in the early season standings after his 100% record in Argentina, Holland and Spain.

The Latvian, who is contracted to the Austrian factory team for 2019 and for the final season of a five year deal signed in 2015, will have to leap into MXGP if he wraps up his second MX2 crown this term according to FIM rules. The regulation was initially dubbed ‘The Herlings rule’ after being established at the start of the decade, then removed with the Dutchman considered too young for the bigger motorcycle upon claiming his second championship in 2013 at the age of nineteen and then implicated again to ‘remove’ the emphatic Grand Prix winner once his third crown had been secured in 2016. 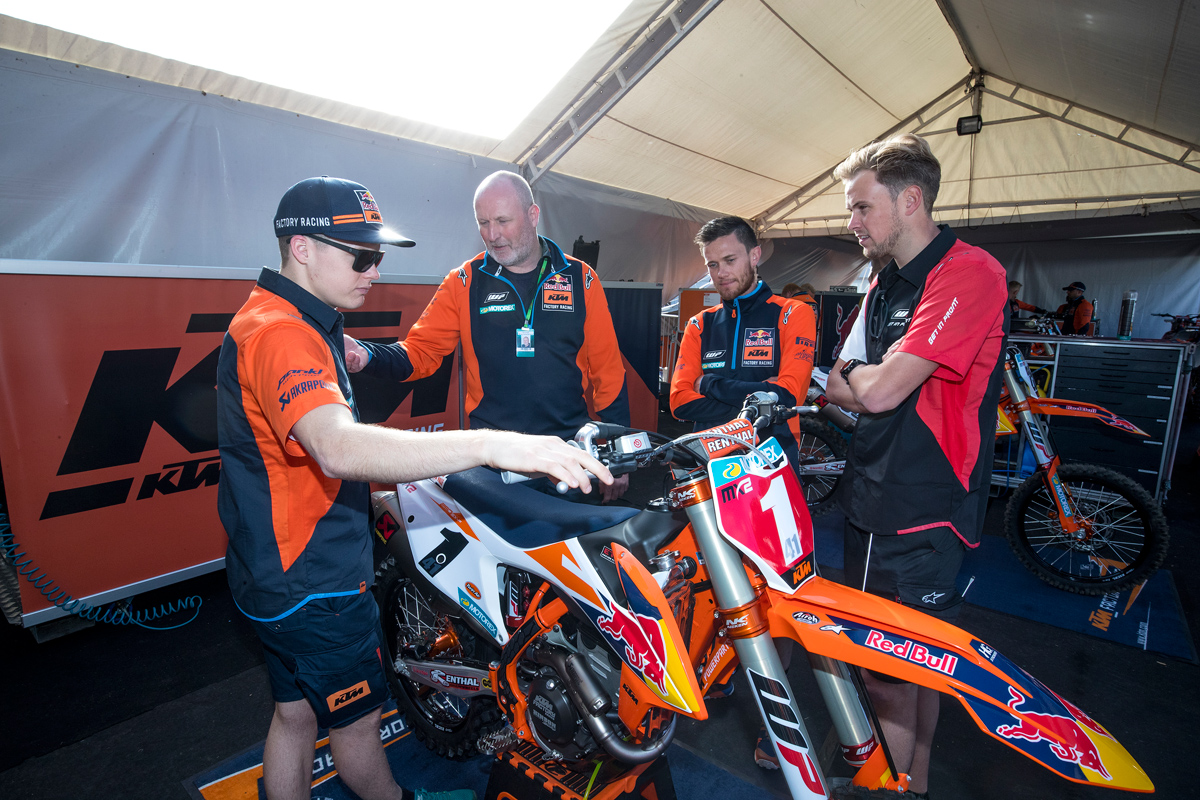 Jonass had previously made public comments of his goal to attempt MXGP rather than see out his age ‘window’ in the 250s but admitted that there has already been dialogue to transfer the #41 to a 450SX-F in a matter of months. The urgency of the scheduling and announcement depends on his progress with the job in hand and becoming KTM’s third double champion since the class was created in 2004.

“That talk has already started! Even before the season began, “ he reveals “but I want to focus on this year and after that we can start more talks about the 450s. I have a contract and I’m feeling good in the team. I’m looking forward to a great future with KTM and to have such support from a great brand.”

Jonass admitted that the top-ten speed shown so far in MXGP by 2018 ‘rookies’ and former rivals Jeremy Seewer and Julien Lieber has been cause for encouragement. “When you watch the 450s you think ‘wow, those guys are fast’. When you look at the lap-times they are a little bit faster and you see that also when you are with them practicing during the week but then also the bike is stronger,” he opined. “Jeremy has been riding great and battling up front. It gives extra motivation to move up.”