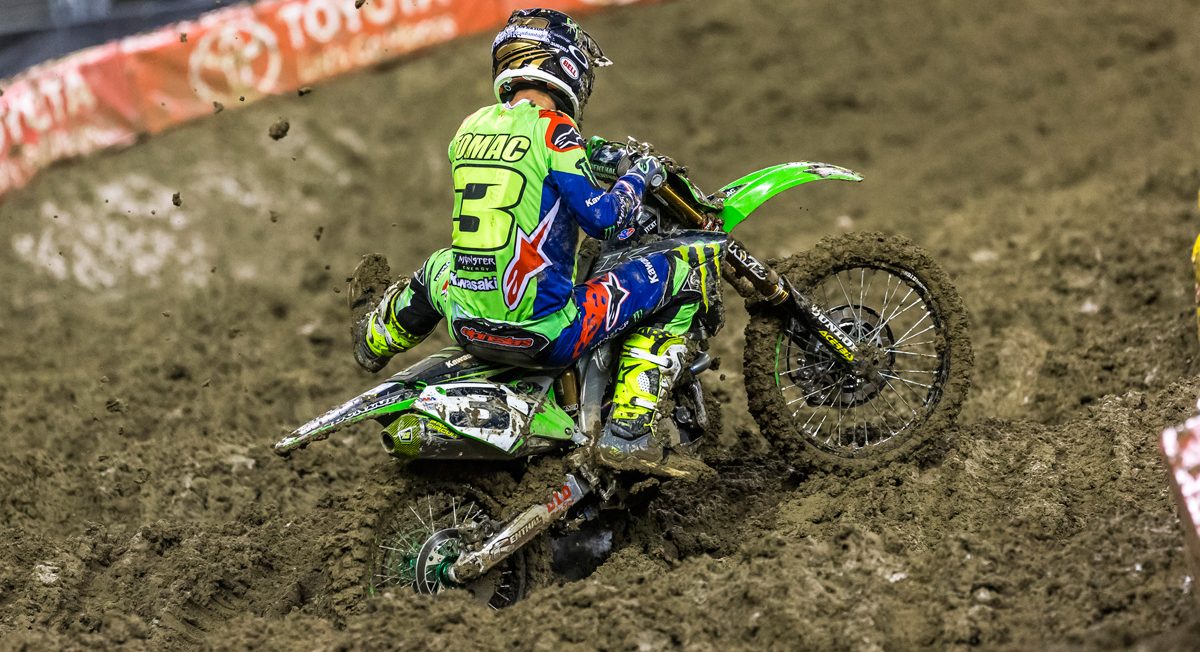 Holding a round of Monster Energy Supercross in Seattle, Washington is always a risky proposition. It’s an area of the USA that sees the highest amount of rainfall in the winter months and the stadium there, built for the NFL team in the fall (when I guess there isn’t much rain), doesn’t have a roof.

The series has gone back to Seattle seven out of the last nine years and truthfully, the promoters have gotten a tad lucky. Yes the dirt is soft and the track proves difficult with the ruts but for the most part, a wide-open mudder has been avoided. 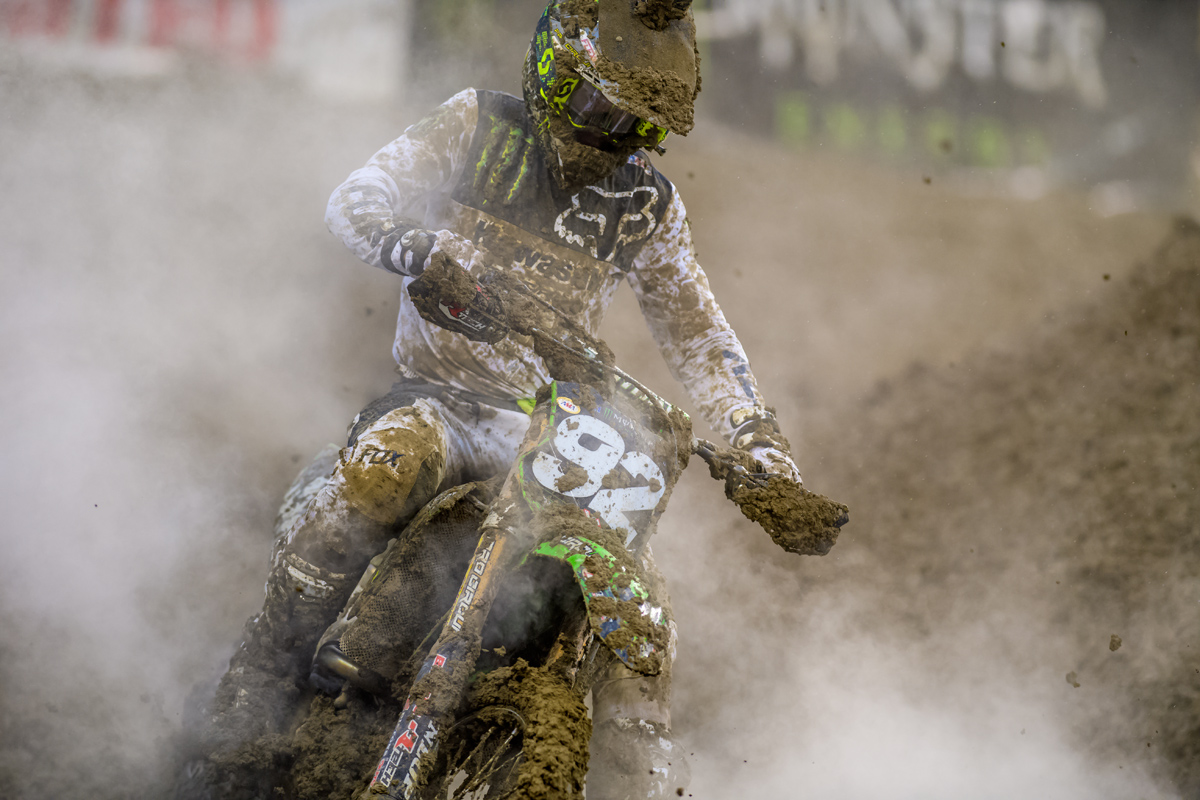 Until this year that is. A lot of rain in the area before the race made the base dirt swampy, then rain on Friday night and all day Saturday made it one of the muddiest supercross races in recent memory. There were some track alterations made (too late in my opinion) to help the racing but for the most part, there was just one double consistently jumped all night long. Watching the worlds best racers single everything and try to keep from falling (most did) might’ve been entertaining for some but for me, I kept wondering “Why?”

This wasn’t an exciting race in anything but some sort of sadistic way. Not much was happening out there, even in the shortened main events. The fact that Star Yamaha’s Aaron Plessinger dominated the 250SX class and Monster Kawasaki’s Eli Tomac won the 450SX main was maybe the least surprising events of the night. 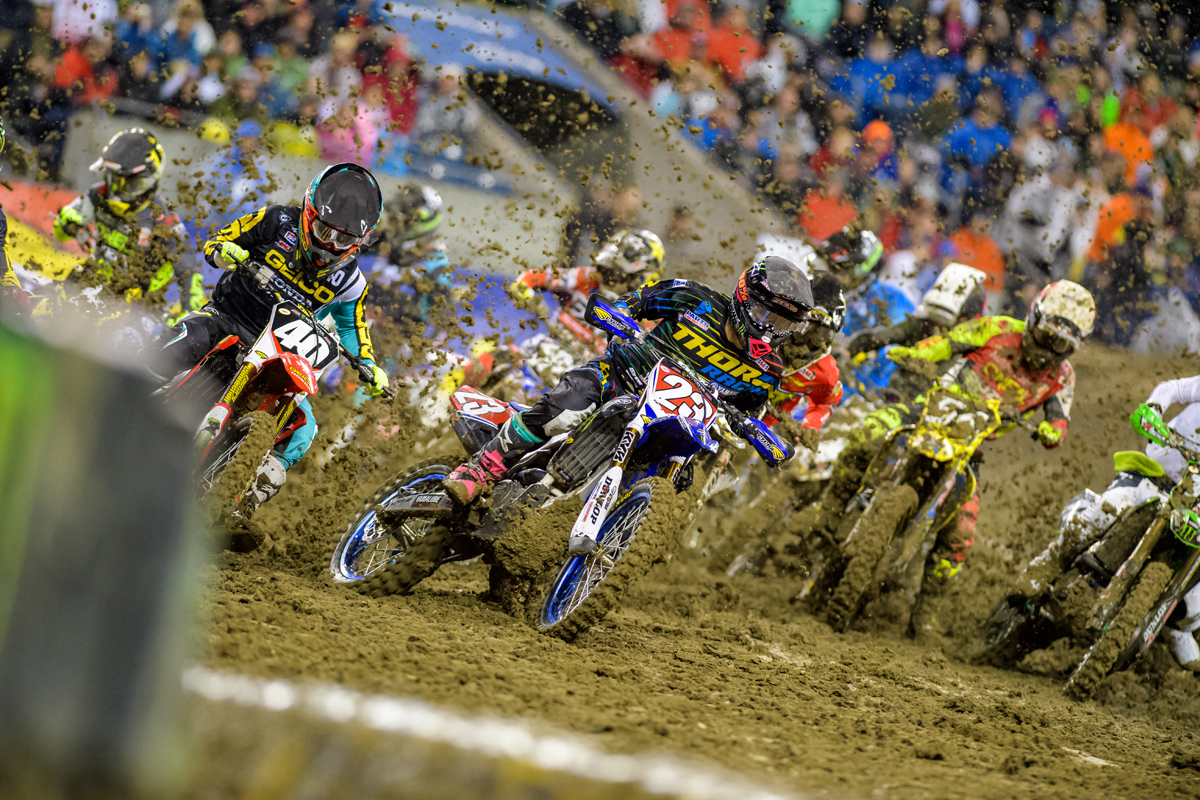 Some other news and notes while I’m drying out:

-Rockstar Husqvarna’s Jason Anderson was very entertaining to watch all night long. The series points leader played it the exact opposite of ‘safe’ out on a gnarly tough track. He attacked it both in the Heat and in the Main like it was dry. In the heat, that didn’t’ work – he crashed 32 times (approximately). In the Main, it did. He led early on, fell once and then brought it home for a second place, and extended his points lead at. Anderson was gutsy, he was ballsy and it paid off for him. 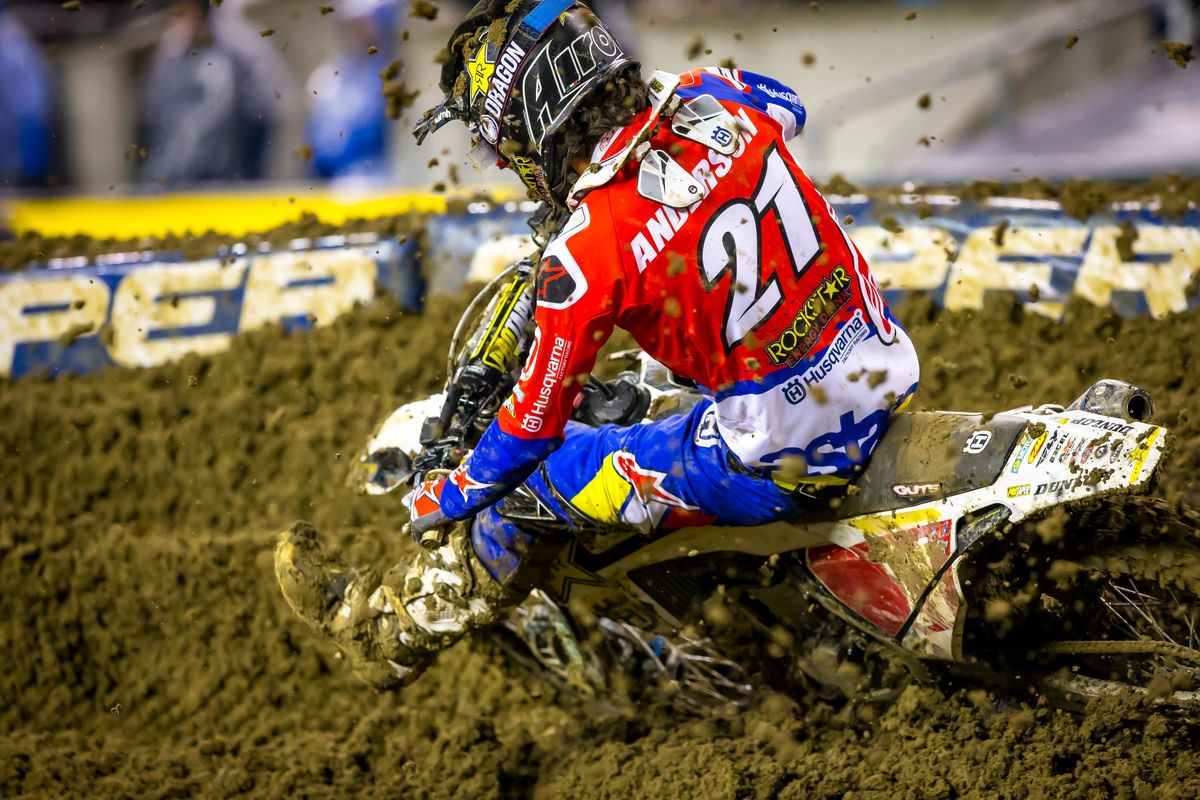 -Monster Pro Circuit’s Joey Savatgy was second in the points going into the race but fell early while second in the Main and took forever to get going. Eventually he was lapped and took 12th place, which got him demoted by teammate Adam Cianciarulo in the points. Plessinger is 17 points ahead with two races left so that’s looking good for him but Savatgy, who’s been so close to winning a title two years in a row, is going to have a hard time letting this one go. 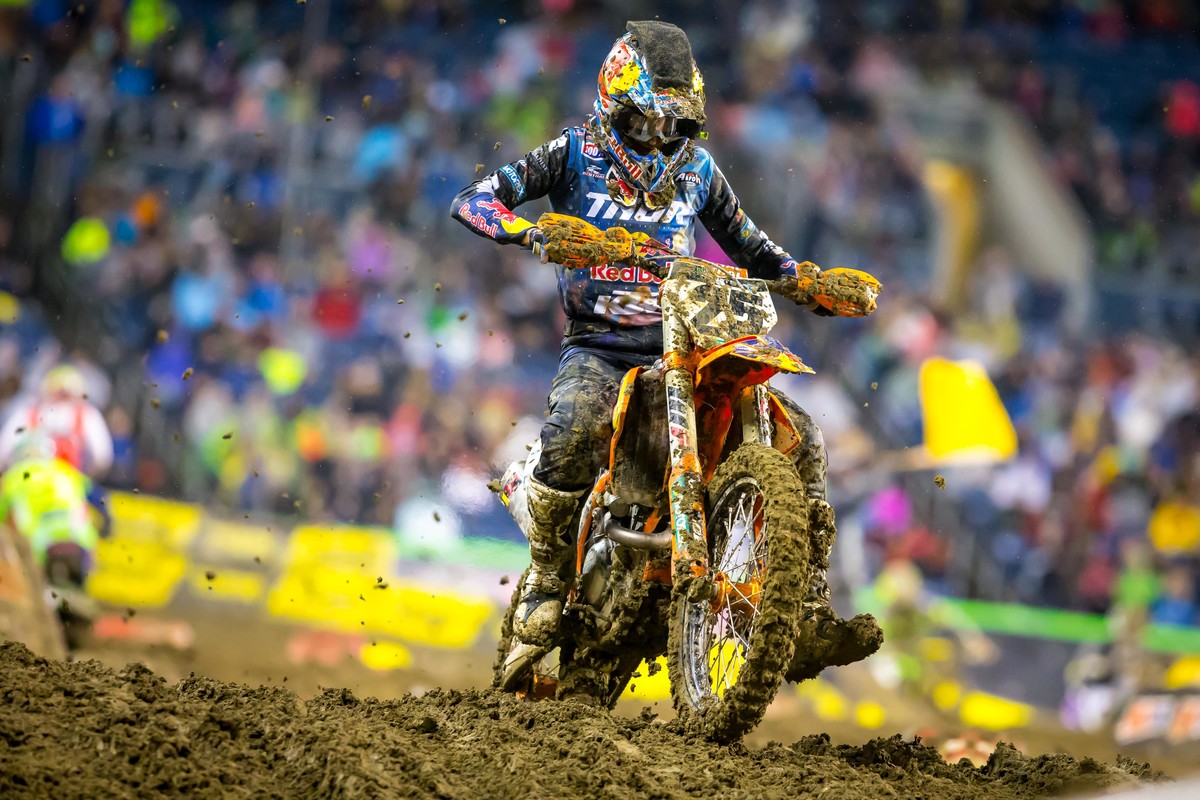 -Red Bull KTM’s Marvin Musquin rode great in his heat (he’s always good in the slop) but then in the Main was a ways back in third. He looked to be a tad more cautious in the main than he was in the Heat. Nothing wrong with a third but he was also clearly the third best rider on this night.

-Frenchman Cedric Soubeyras has been riding pretty well since joining the series, first as a privateer then as a fill-in for Matt Bisceglia on the Nut Up Suzuki team. But in Seattle the team decided to go home on Friday after not being allowed to park in the pits (fire marshalls needed the vehicles to have a quarter tank of fuel in them or less). It was, uhhh, weird and also left Soubeyras with no bike, no boots, no helmet either! Thankfully the HEP Suzuki team stepped up and built Soubs a spare bike, JGR Suzuki donated a couple of things, Soubeyras got some boots (although they were too big and a different brand) and what do you know, he had his best finish of the year in the mud! What could have gone terribly for Cedric actually turned out pretty well.