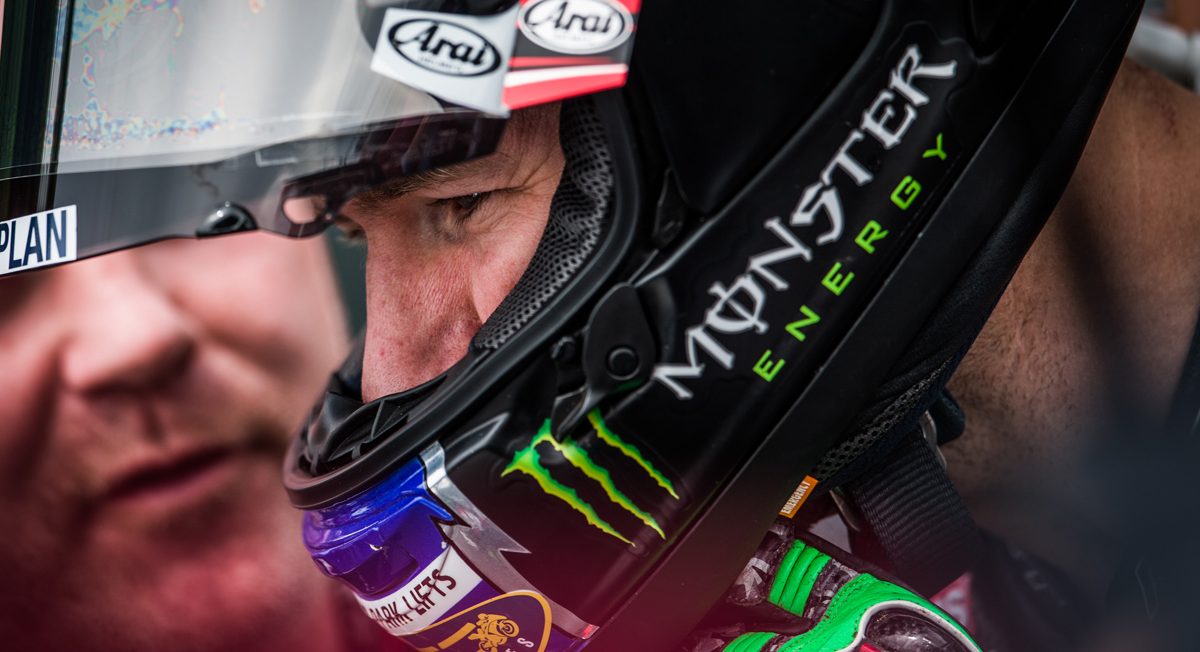 On the 11th June 2010 Ian Hutchinson stood up on the foot pegs of his Padgett’s Honda Superbike, punched the air, and took the chequered flag of that year’s Senior TT. The finish marked two things for the softly spoken Yorkshireman; his eighth career TT win, and a place in history as the first rider in history to sweep to five consecutive race victories in a single TT fortnight.

In the post-race conference, Hutchy joked: “I said before the race that I could do with winning one more – seven isn’t really a number I’ve ever been keen on.” The result, and Hutchy’s quip about winning more, were both poignant moments. In just under three month’s time the then 30 year old would be laying on the asphalt at turn one of Silverstone, clutching his left leg, having suffered compound fractures to his tibia and fibula as a result of being hit by another competitor during the race. 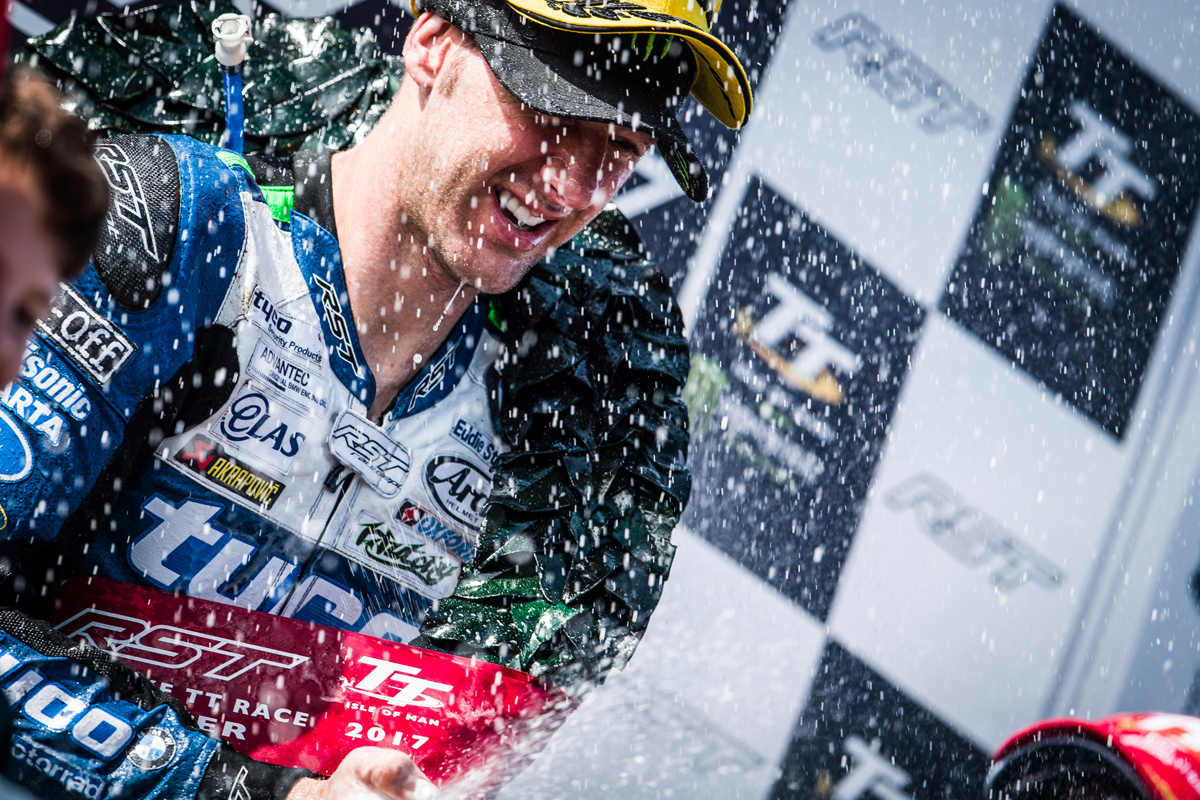 More than his extraordinary results blasting around the Isle of Man though, it is arguably what happened next that earned Hutchy the fan nickname, “the Miracle Man”.

Fighting back from injury with incredible resolve, Hutchy returned to racing at the end of 2011, finishing on the podium at the treacherous street-based Macau Grand Prix. Signed to Swan Yamaha for 2012 Hutchy returned to the TT – taking an admirable 6th in the Supersport race. Complications with his leg injuries nevertheless forced a further 18-month hiatus from racing. However after enduring close to 30 surgeries to his left leg and ankle, Hutchy was again eyeing the Mountain Course.

In preparation, Hutchy once again turned to the Macau Grand Prix at the end of 2013. Stunning all in the paddock, he took pole position and then went on to win in sensational style, even beating the event’s most successful rider Michael Rutter in the process.

Skip forward to 2015, and after many more months of agonizing training, Hutchy finally got his Isle of Man reward – taking a hat trick of victories in the Supersport and Superstock classes, riding aboard Yamaha machinery from Team Traction Control, owned by Prodigy front man Keith Flint. Further wins and podiums followed again throughout 2016 and 2017 raising his win tally to an incredible 16 TT victories. 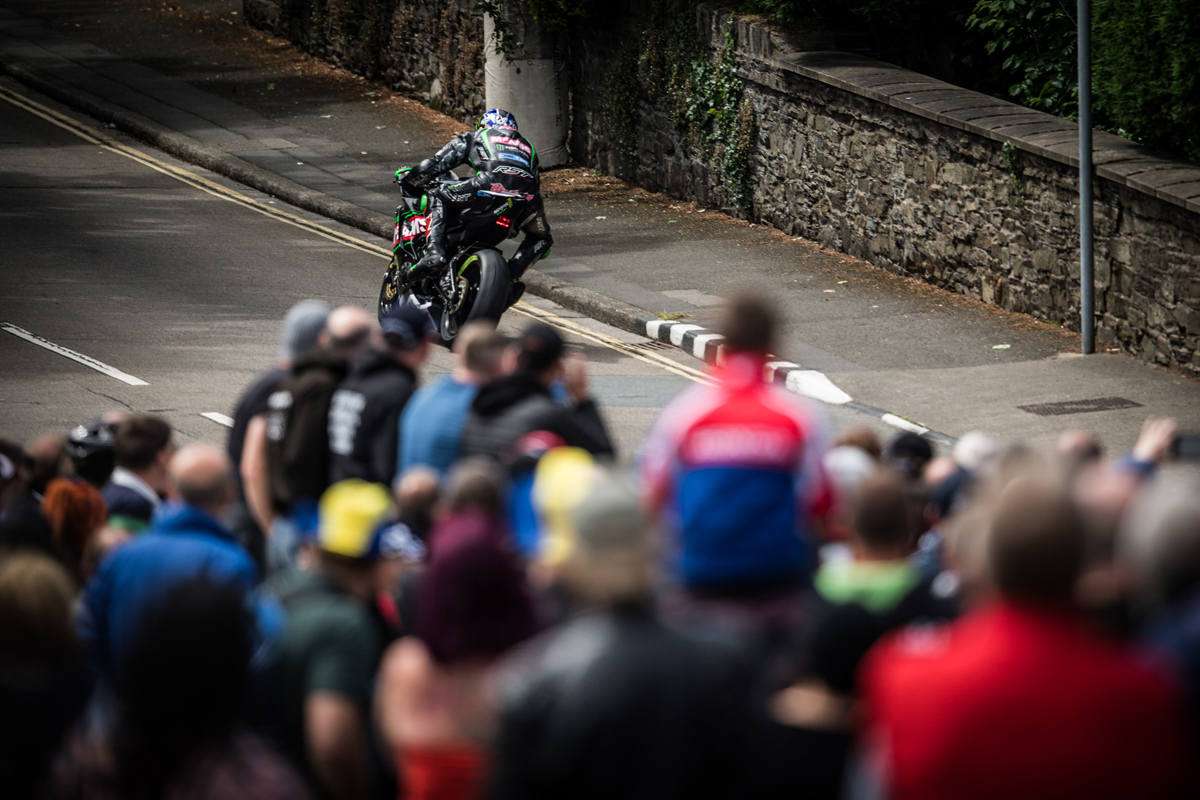 Unfortunately on the 9th June – during event ending Senior TT – fate once again played a cruel hand. At the end of lap two, approaching the 27th mile marker, a punctured front tyre caused Hutchy and his BMW S1000RR to part company at 130mph. Dragging himself to the side of the road to avoid a repeat of Silverstone, the damage was unfortunately all too clear – a fractured femur and further damage to his already extensively battle-scarred leg.

Now 10 months on, the scenario is painfully familiar again. A cage on his leg, physiotherapy, and more agonizing recuperation. However his resolve remains steelier than ever. A brand new Honda race bike awaits – courtesy of a fresh contract to ride alongside Northern Ireland’s Lee Johnston. With the countdown to TT 2018 entering the final five weeks, the race is truly on…

How are you feeling?

I’m feeling good, I’m just stuck with what I have – and that’s a frame on my leg. All the parts that were broken have healed now, but unfortunately I had to have my leg lengthened because of my ankle injuries, and that’s the part that is taking the time. This is the second time I’ve had my leg lengthened from the same part of bone, so it’s a bit slow! I’ve been having regular X-Rays on my leg to keep an eye on the progress, but I think now I’m just going to have to leave it as late as I can to get the frame removed at the end of April. I’m still hopeful that I can go racing, and I’m doing everything I can for me to be prepared, should the frame come off in time.

Are you just determined to not let the TT beat you?

I wouldn’t say it’s about letting it beat me. The first time round, I put an awful lot into getting to the point I was – where I was able to win – and I didn’t feel like I’d had enough back out of the racing at that point to justify the effort spent. I had to come back and win! At this point I can be satisfied with 16 TT wins, but I know I still have more in me. I was leading the race the day it happened in the Senior last year, so I know more wins are in me. I just want to keep trying until that’s not the case.

What does a daily training schedule look like for you?

It’s a bit more limiting with the frame on obviously, but I can do cycling – either in the gym or outdoors now, I can use the rowing machine – it’s not the prettiest technique in the world, but I can row! I’m building up to doing weighted squats too. That’s the goal so I can bear full weight on my leg, as I haven’t been able to put weight on my foot either since the end of December. The focus is just building my strength back up. I wasn’t able to put any weight on my leg for seven months so I lost a lot of muscle in my leg. The first few months are really hard because you have absolutely nothing to start with in terms of muscle. I’ve got past that now, so the next step is to get off crutches fully and keep building. I’m not obsessive with training, but if it helps me win, then I’ll put in whatever it takes. 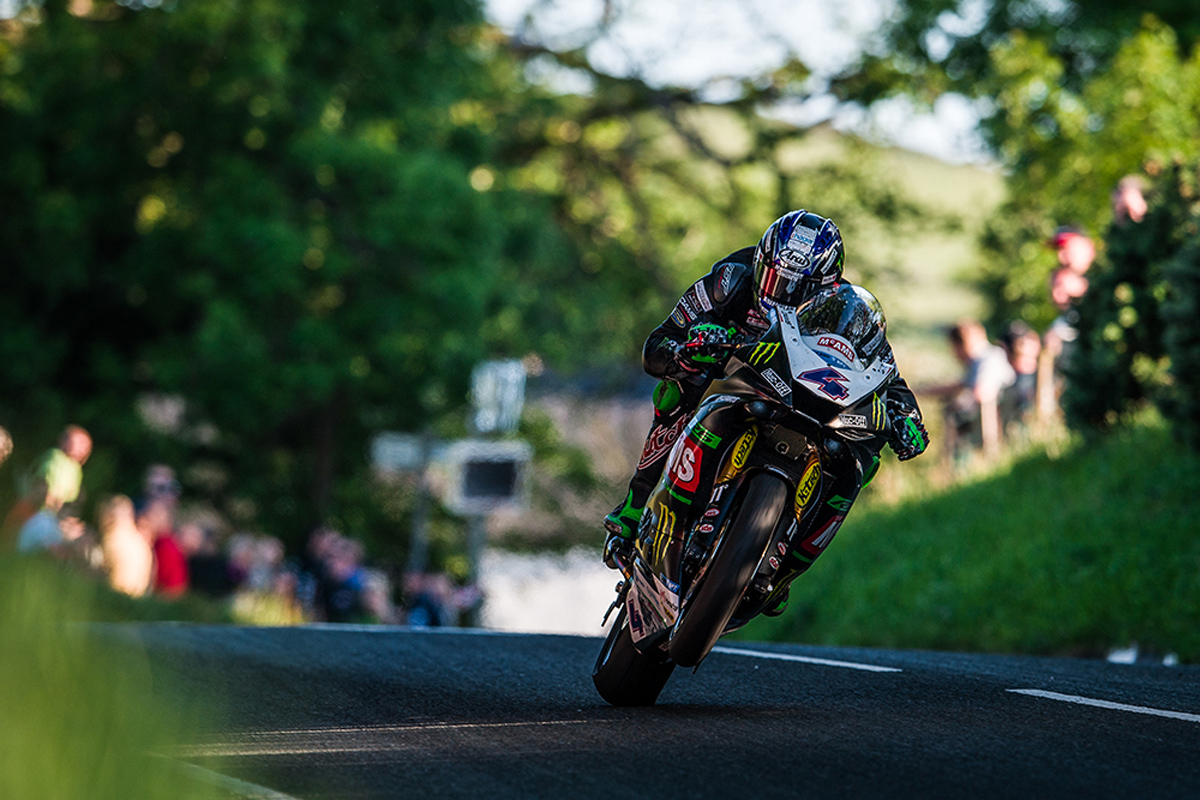 Was Honda an easy choice?

When they first asked me, it was so late in the day it was never an option. They said initially that if not for 2018, then maybe we could do something together in 2019. I really appreciated how they went about it all. They gave me time to think and also kept coming back to me for a few days. The more I thought about it, the more I realized it was something I wanted to do. It wasn’t an immediate decision, but once I’d made my mind up, I was happy with the choice.

What about any testing?

I’m not going to get a lot of testing done. I’ve unofficially made the end of April the cut off point. That will give me a chance to do some riding. Hopefully do the North West 200, and weather dependent, you get plenty of riding done there – at high speed and on the road. That’s pretty much all I need. Hopefully then I can just chip away during practice week on the Isle of Man, and make some more progress before the races start.

What would you be satisfied with as a result this year at the TT?

Sitting here with a frame on my leg, and with crutches, with month or so to go it’s really hard to predict. I’m just working on getting myself fit, and being able to race. After what I’ve been through in the past I know I can get back to a point where I know I can win, but for now I’ve just got to get back on a bike!