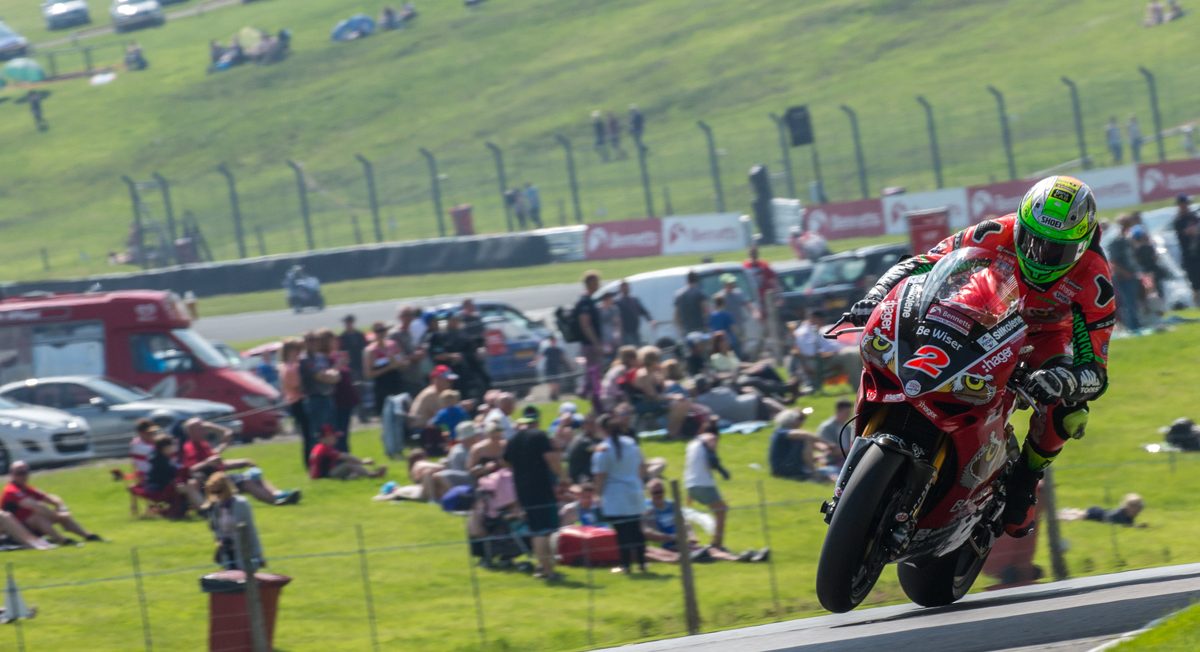 Living with expectation: Irwin on the NW200

Glenn Irwin went to last year’s Northwest 200 as a contender but following his stunning victory, arguably the best two wheeled road race of the year, he’s a marked man for 2018. The Bennetts British Superbike star got the monkey off his back by winning the big one in 2017 but he’s not resting on his laurels ahead of this weekend’s edition.

“Last year was so special and it was amazing to get texts from Ernesto Marinelli and Paulo Ciabatti after winning,” said Irwin. “Obviously I want to have success in my short circuit career but it’s incredible to have so much support from Ducati by winning on the roads. There’s more expectation on us for this year but I feel the same as ever about the NW200 because it so much to me.

“I always went there as a child to watch Joey Dunlop and my dad, David Jefferies and so many others. I’ve always been a fan of racing and it’s really cool to have gone and won the big race. It’s still surreal because it reminds me of my childhood and going to watch those guys race. I remember running around the paddock asking riders for stickers and autographs.

“It was important for us to win on the Ducati. It was important to prove the bike was able to win on the roads because coming into last year people kept asking about engine reliability but it was faultless all week. We don’t worry about reliability in British Superbike or in WorldSBK and the Panegale is the best bike I’ve ever ridden. It’s reliable and it could win anywhere including at the TT. If you put Michael Dunlop on this bike he’d win on the Isle of Man.”

While the bike might be up to the task at Isle of Man TT Irwin has said repeatedly that he won’t test himself around the Mountain course. Indeed for the 28 year old his roads programme will get smaller this year following his decision not to return to the Macau Grand Prix following Dan Hegarty’s death last year.

“I’ve been lucky to be able to carve out a good career in BSB but it’s only recently that it started to go in the right direction for me. I always believed in myself and I’m excited for what the future holds. I’m 28 now but I’m excited for the future. I race on the roads because I grew up in Northern Ireland and have always had such good memories of going to the Northwest. At home the only race people talk about is the Northwest, and I like that it’s a race and not a time trial. 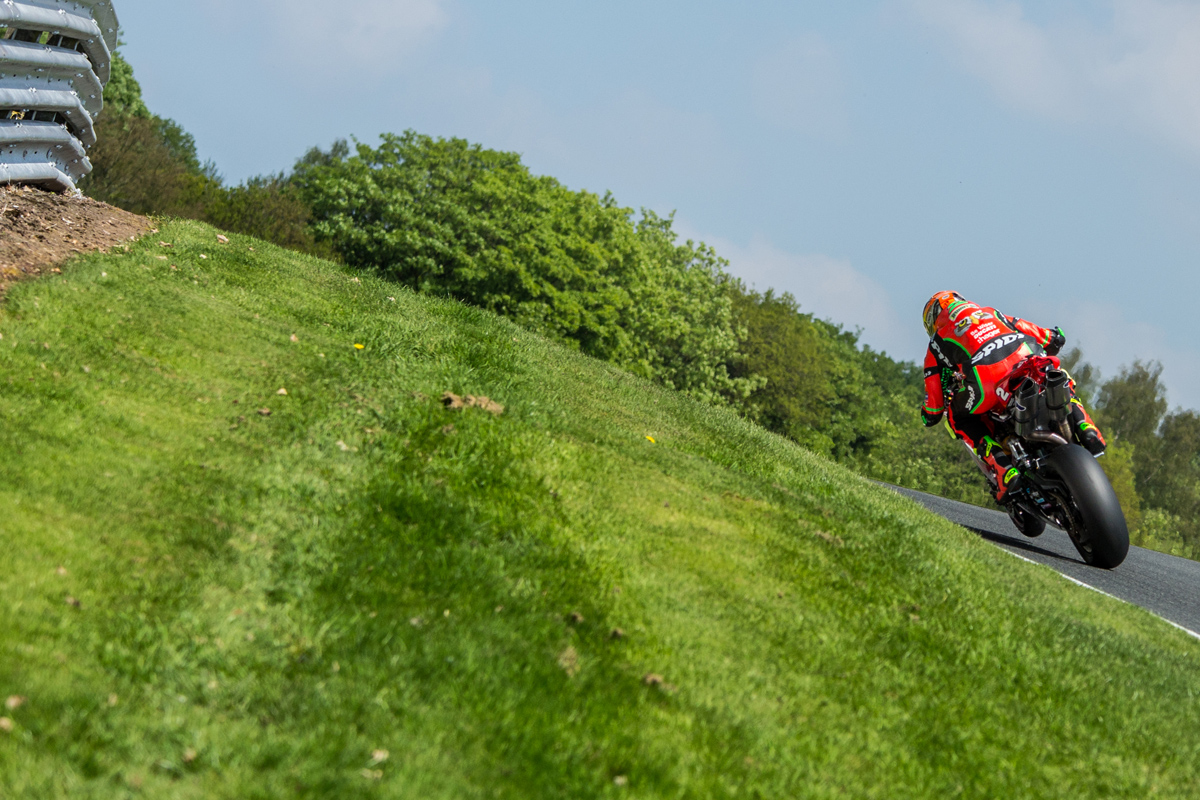 “It’s an opportunity to go against the best road racers in the world and it’s cool to share a track with McGuiness, Anstey and the other riders. That’s an honour in itself for me. I do road races because I enjoy it; it’s not about money or rewards. I get a kick out of giving the fans in Northern Ireland something special, and to go to any event is great but to win the Northwest last year was incredible.

“Macau is a special race too and it’s a prestigious race and it was special to win it. It was such an unfortunate set of circumstances last year and I won’t be going back there any time soon. It’s nice to be able to try different things and race at different places and my dream is to race in WorldSBK and to still turn up at the Northwest 200 and win it!”

To win at the Triangle this year Irwin will be up against a familiar foe; Alastair Seeley. The most successful rider in Northwest 200 history with 21 wins expanded the record books with another four triumphs last year but Irwin feels that the time is right for some new riders to hit the front and the next generation of roads stars to make their mark.

“Alistair is still the man to beat at the Northwest but if someone beats me or Seeley they’ll establish themselves. Looking ahead to the TT I do think that there could be a bit of a change this year. Michael Dunlop is still the favourite and it’s going to be very difficult for Hutchy this year because he’s coming back from injury. Peter Hickman and Dean Harrison should be able to challenge Michael now and even someone like Dan Kneen should be able to grab Superbike podiums. To establish yourself at the TT you’ve got to beat Michael or Hutchy and it’s the same at the Northwest with beating Seeley.”

With a target on his back following last year’s victory Irwin is keen to make a step forward this year and he knows that his form in British Superbike will certainly help him.

“I felt really strong coming into the start of the season and we’ve been fast so far in BSB including getting a podium. It was a great winter but then I flicked myself off on day one of the season! At the time I was a bit worried that maybe I’d be sitting out the Northwest or some BSB rounds but luckily that’s wasn’t the case. At the Northwest, without sounding arrogant, I want to step the pace up again this year. Road Racing is dangerous and risky but I really enjoy it and I like to be riding on my own rather than in the pack so I think if we can find some extra speed on lap one we can open a gap to the field.”

The danger of road racing is never far from the surface and with his brother, WorldSSP rider Andrew Irwin, manning his pitboard this week it adds another dimension for Irwin. Despite the support of his brother and his family he hopes not to have to compete with Andrew on the roads.

“I’d hate to see Andrew racing on the roads and I’d hate to think what’s going through his head when he’s pitboarding for me at the Northwest. The pitboard position makes it very clear who is doing the board. You can see them so clearly and it’s really cool that he’s doing it for me. I respect Andrew so much, as a rider and a friend, and it’s important to have him there. He’s the man giving me information during the race and I trust him so much. I’m sure he’d rather if we were both spectators but I know that my family trust me that I won’t do anything silly or dangerous on the roads. Respect comes before speed on the roads and it’s the first thing that I think about. Andrew loves the race as a fan but I’m sure it’s tough to watch your brother out there on track.

“I’ve learned a lot from my brothers over the years and they learn from me. Andrew is racing in WorldSSP and he’s been able to take a lot of lessons from me. Greame was the first of us to take his fitness really seriously so we’ve all learned from him. I try and be as prepared as possible for racing and I think that the three of us all have the right attitude to the sport. That comes from my dad because he never pushed us to win it was about enjoying racing. We always raced motocross around the house when we were kids but we never took it for granted.”

Irwin will be taking nothing for granted going into race week but he’ll certainly be the man to watch on track and one of the men to beat this week.