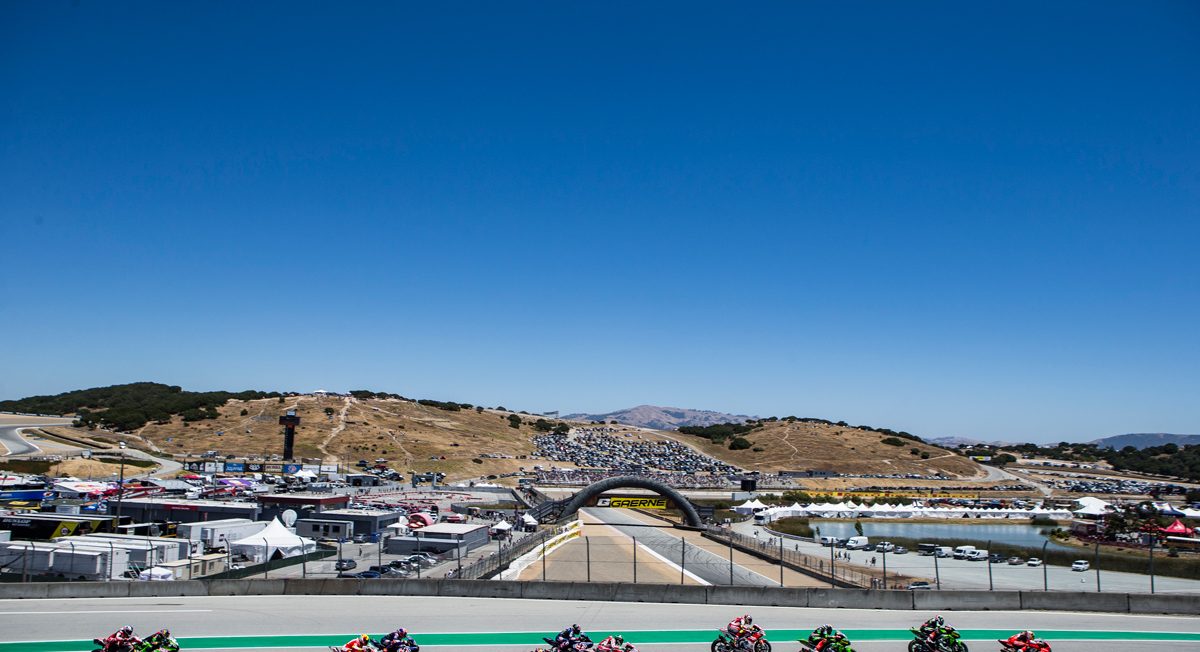 It’s all about opinions

I love Laguna Seca. It’s such a great track and Monterey and the surrounding area is a great place to visit. Life is a little less stressful for photographers here as there is only the Superbike class on the program out of the regular race schedule. I always shoot a few laps of the MotoAmerica Superbike class just for my library but generally there is a bit of a relaxed vibe around the whole weekend. I also have Jamie Morris working with me so between us we get everything covered and still have time for the odd coffee and doughnut.

That said; I had a shocker on Sunday. I have been to Laguna so many times I decided to try something different, to shoot the race from a couple of new locations. Unfortunately some of it didn’t work. Thankfully Jamie was on his game and in the end we had a pretty decent selection of images from the race.

It’s always a challenge to come up with new and interesting angles but ultimately each racetrack only has so many corners and they never change from year to year. I reckon I have pretty much seen it all in the 20-or-so years I have been shooting motorcycle racing but from time-to-time I see something that I hadn’t thought of and it keeps me pushing to produce as high as standard of work as I can. Sometimes it all goes wrong and this weekend highlighted one of the things that I spoke about earlier this year in that there is very little track time now to recover the situation if something doesn’t work. 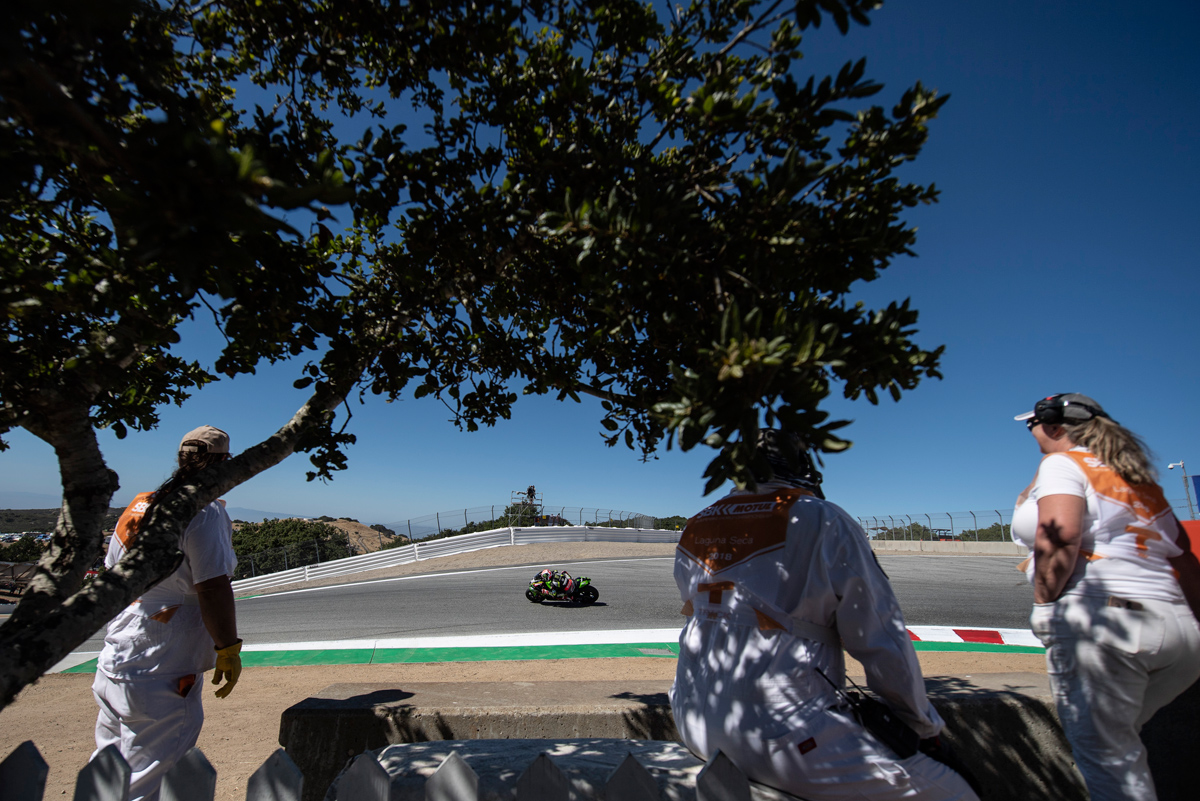 With a 40 minute session (or the race only lasting 30 minutes) if I go to a location on track and it doesn’t work it can take 10 minutes to move somewhere else and get set up again, by which time in a Free Practice session, the riders you are shooting are in the pit box. It can mean that I am only getting 15 minutes of usable time to shoot what I need from that period so it increases the pressure to get it right first time. Having Jamie alongside means that there is a bit of a safety net and it ensures that between us we are pretty much always able to deliver the work.

Aside from my own little dramas on Sunday, there was a much bigger drama playing out in the paddock.

The tension in the Kawasaki team had been cranked up a notch after Eurosport interviewed both Tom Sykes and Jonathan Rea about their ‘racing incident’ in Brno. The clip didn’t air until Saturday afternoon in Europe, just ahead of the start of race one. Sykes’ comments, however, overshadowed any incidents that happened in the race.

He was still critical of Jonathan but went on to focus his ire on Rea’s crew chief Pere Riba, blaming him for what he viewed as a long standing level of discontent within the team.

It puts Tom in a really precarious position as he considers his future options. It has been widely reported – since before the Donington Park round – that he will move on from the team where he has been for eight years and where he won the championship in 2013. After the weekend’s interview many people in the paddock now view his position as untenable and that he has given himself no option but to find another ride.

I had to shoot some pictures with him on Saturday night and we subsequently had a long chat about many things. At that point I hadn’t seen the Eurosport interview, only a headline from an online publication so I therefore didn’t really have a view either way over his comments. I managed to catch up with the interview on Sunday evening after the race and it echoed what he had said to me but one of the things that always comes across when you speak to Tom is that he is trying to be as honest as he can. Some would say too honest.

Lots of people have lots of different opinions on the recent events but one thing I have learned in my ripe old age is that in situations like this there is never really a right or wrong when it comes to someone’s opinion or how they feel. It is wrong therefore to be critical of Tom’s views as that is how he himself feels. What can be called into question is the merit of airing those feelings in public. 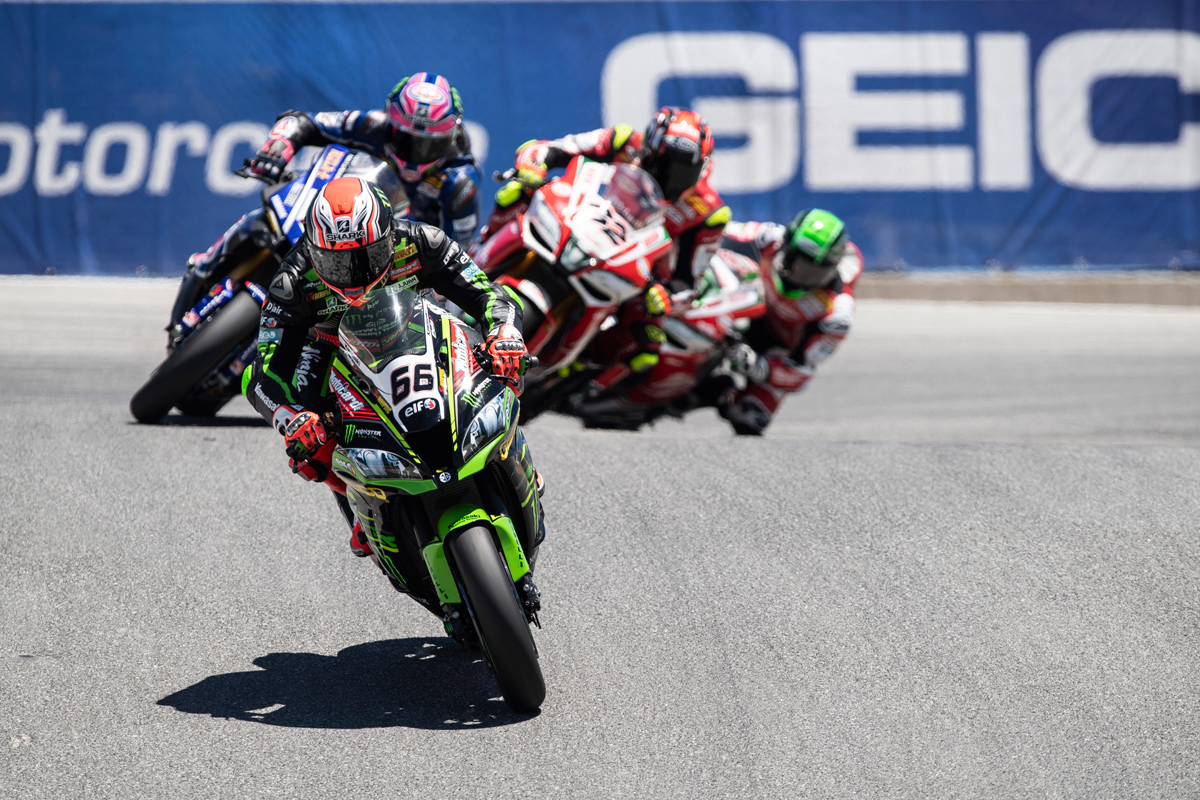 He is very quick to acknowledge his team-mate’s achievements over the last three and a half years and firmly believes that the changes to the technical regulations in the Championship, and how Kawasaki have subsequently developed the ZX-10RR, have hampered his own ability win the championship. He has no doubt over his outright speed, which is abundantly clear in his Superpole performances. He is still more than capable of putting in a blisteringly fast lap but is currently struggling to maintain that pace over the course of a full race distance.

It is similar to where he was in the initial development curve of the race machine at Kawasaki. When Paul Bird Motorsport was running the team Tom would regularly claim pole position or one of the other front row slots, shoot into an early commanding lead in the race, only to fall back to finish fifth or sixth. It wasn’t until 2012 and 2013 that he, and Kawasaki, worked out how to set the bike up to give him a full race distance at that speed. He still feels he has that in him but the way he has to ride the current iteration of the ZX-10RR means he can’t sustain that outright speed.

It must be incredibly hard on a rider when you have been a world champion with a team and a new athlete arrives and eclipses everything you have achieved. However, we mustn’t forget that Sykes has been a consistent top three finisher in WorldSBK since 2012 and has been an integral part of how Kawasaki achieved three manufacturers titles in a row. It seems a shame that a potential end to the relationship should be tinged with a degree of acrimony. 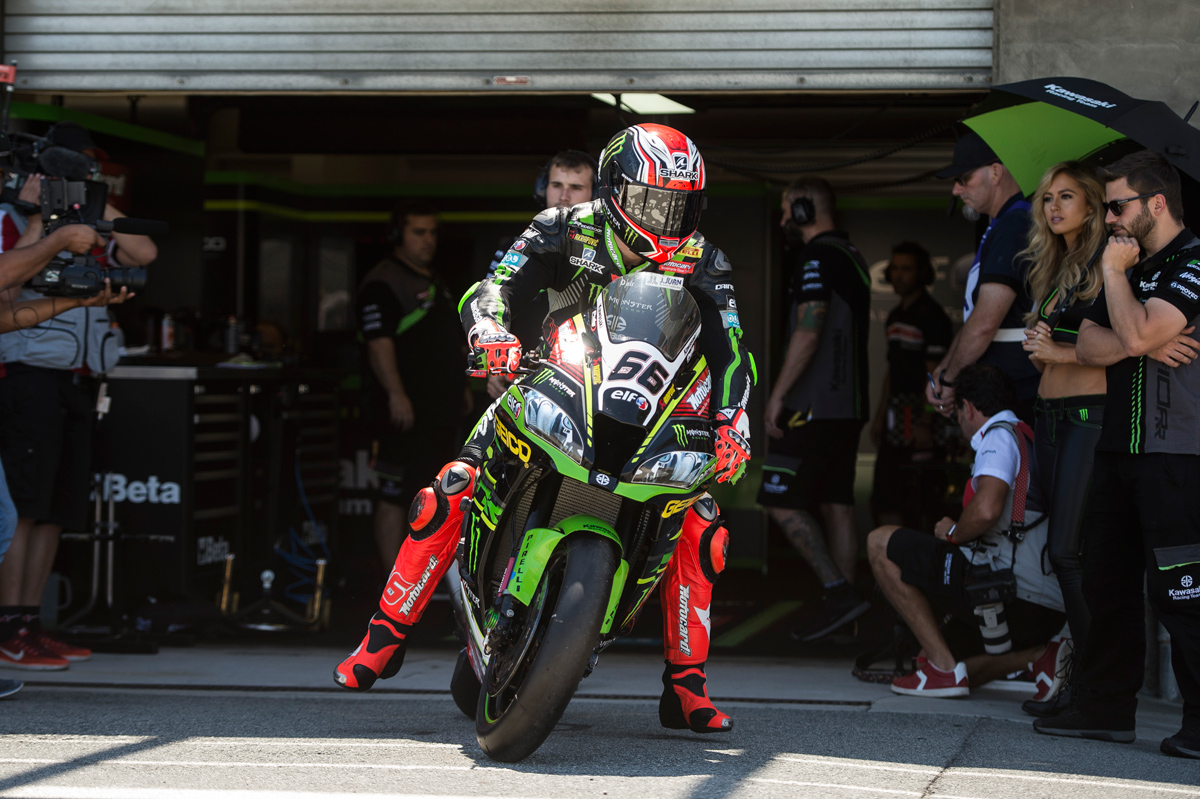 If he has passed the point of no return with Kawasaki, where will he be riding in 2019? I obviously asked him what his options were and he was naturally very guarded but was happy that there was more than one possibility in the paddock should he end up deciding to move. All he would say is that he had a couple of irons in the fire, one of which was a bit of a risk but which had huge potential. However, he did stress that he was in no hurry to put pen to paper at the moment.

The possible options for Sykes seem to be wide and varied. If BMW return with a full scale race programme again, they are expected to run with current Superstock rider Markus Reiterberger, but there would be a second seat available. Could this be the long term potential that he talked about? BMW never do things by half so if they did return he could be assured of the full backing from Munich. Another option is at Yamaha. It is likely that Van Der Mark and Lowes will be confirmed in the Crescent team again for 2019 but Yamaha are keen to have a second team on the grid, which could either be with the current GRT Racing Supersport squad stepping up, or with another team. Shaun Muir is considering his options on which manufacturer to choose for the Milwaukee team for the next few years. 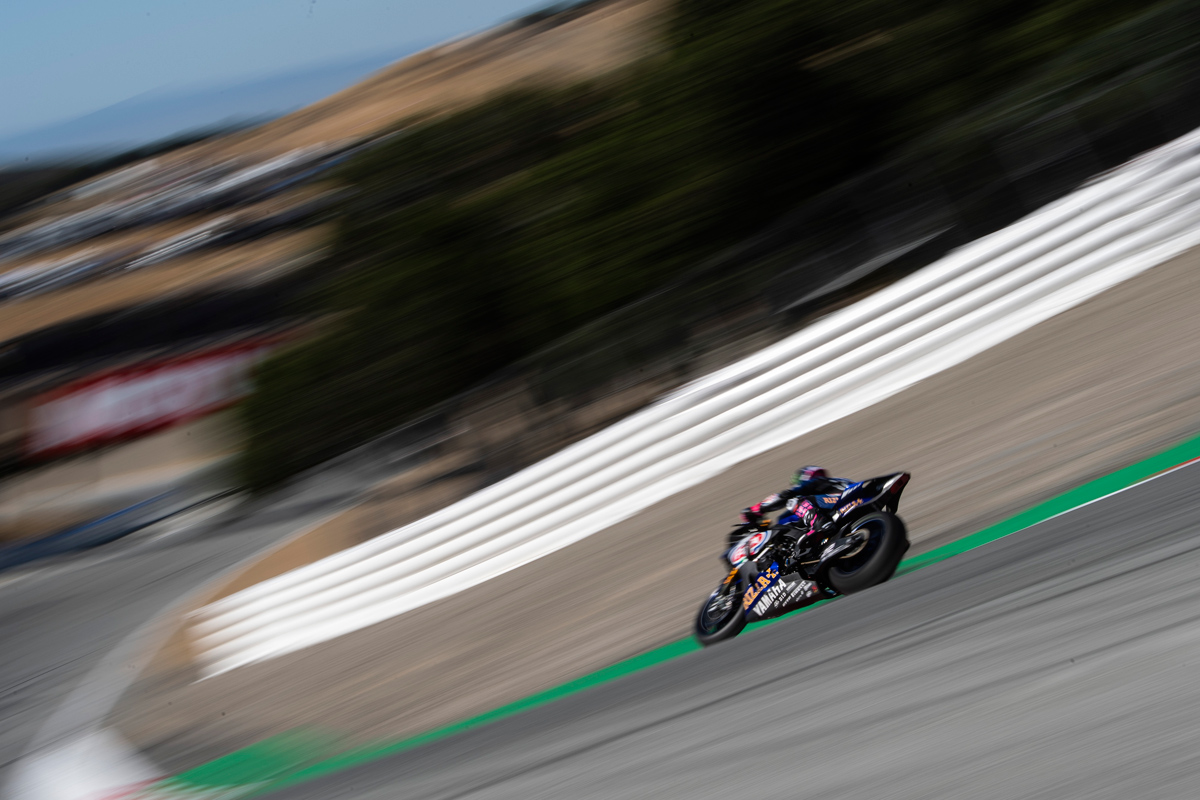 There are also options at Honda. Leon Camier is expected to continue but the choice of rider on the second Fireblade berth may come down to whether or not Red Bull will continue as a sponsor with the Ten Kate run team. 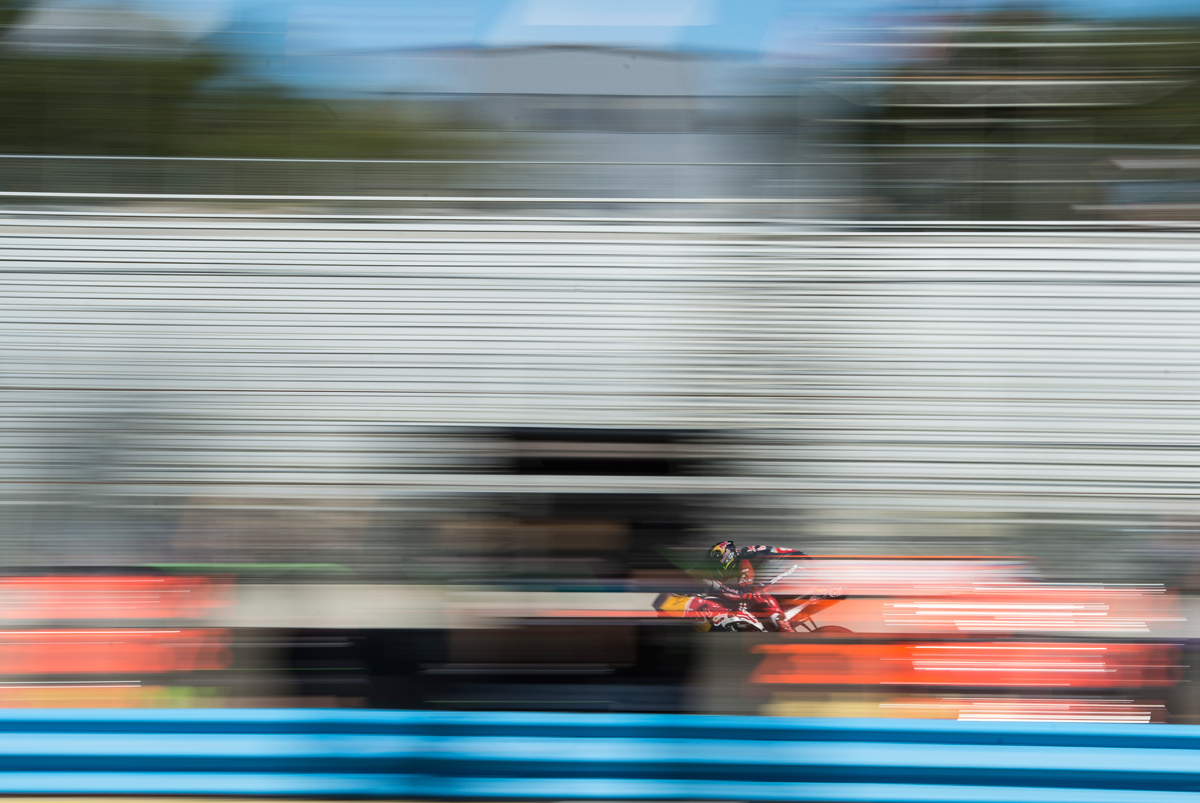 The question also remains as to who would fill Sykes’ seat at Kawasaki. Most of the top riders in the championship have been mentioned as possible replacements but my understanding is that Kawasaki are lining up current BSB front runner Leon Haslam as team mate for Rea. This would re-unite the pair who were teammates at Pata Honda in 2013 and 14 and who will race together for Kawasaki in the Suzuka 8Hr next month.

Personally I hope that Tom finds a good seat for 2019. He is definitely a race winner on the right machinery and maybe a change of team and surroundings is just what he needs. His character is also something that is needed in the paddock and that straight-talking means there is always something for the armchair racers to get their social media fingers firing. It’s all about opinions after all.