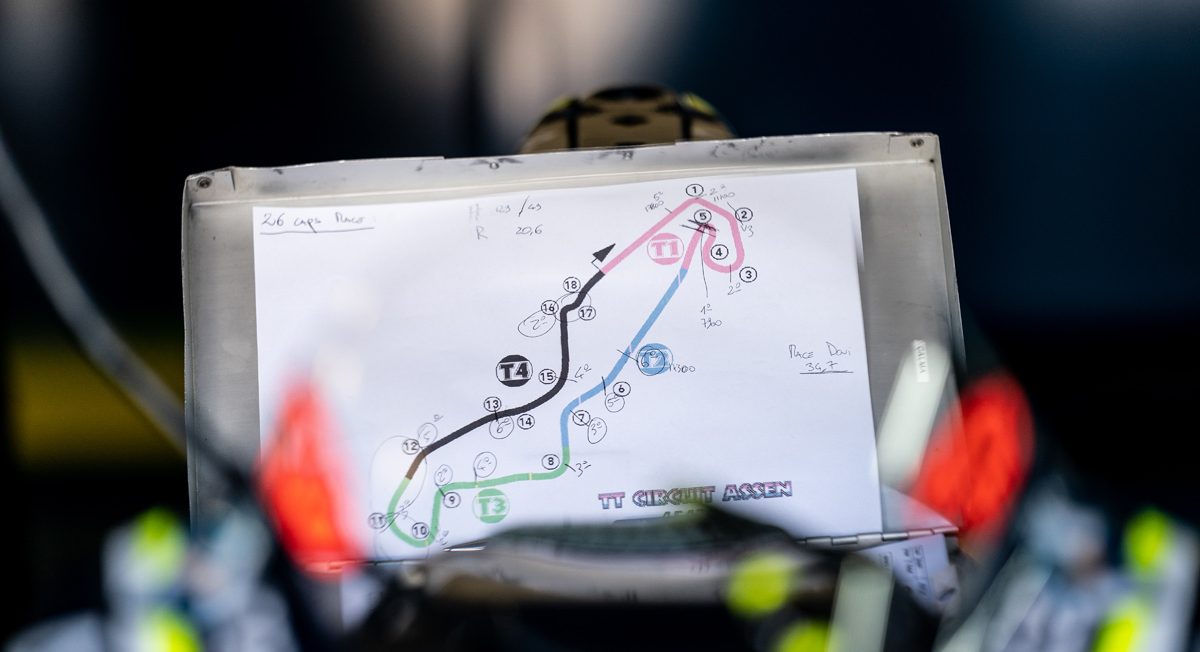 Sienna digs in the history of Assen
30th June 2018

Every year this quiet little region in Holland is filled with noise, bikes and enthusiastic motorsport fans and remains the only circuit to have held a round of the FIM Motorcycle World Championship consecutively each year since it began in 1949. It has become not only a spectacle in the form of consistent heated battles but a true example of a circuit that has evolved to maintain its position on the calendar. From layout alterations to dissolving the Saturday race day tradition: Assen has become a weekend that is hard to miss. 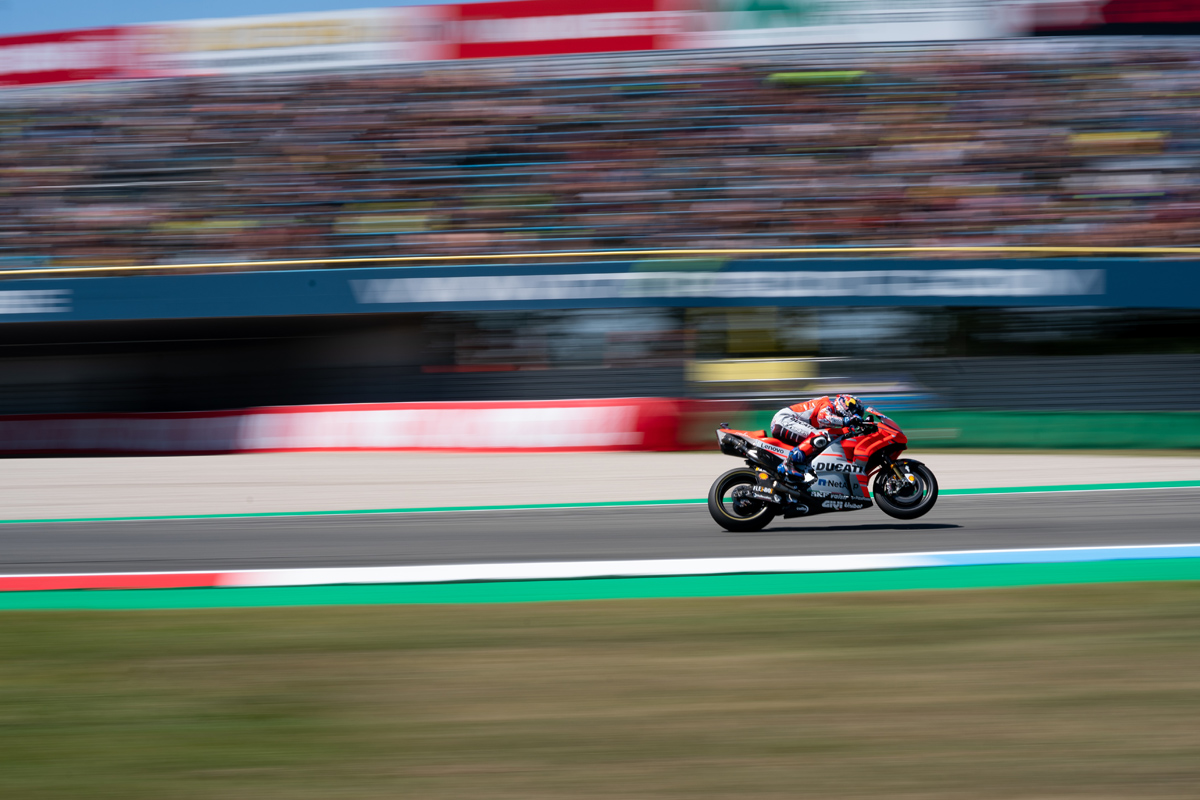 The city of Assen is situated in the northeast of the Netherlands. It is a bustling municipality that encompasses the essential ingredients needed to formulate a cultural and historical hub. It is bordered by natural landscapes (a true sight for sore eyes) and famous canals which have become an iconic part of its identity. These canals are a prominent part in travel, irrigation and water removal and serve a purpose beyond their years. More than 26% of Dutch land sits below sea level and although it seems like a problematic issue for the people it has in fact influenced the emergence of stunning cities that are talked about worldwide. For the creative spirits it is a haven with its quaint quirky towns, bright coloured flowers dangling from street lights and small cafes offering the most delicate of desserts (you must, without hesitation try a traditional stroopwafel, it is a life changing caramel jamboree in your mouth) to unique Dutch cuisine.

Sauntering down the narrow streets (which are dominated by foot traffic and bicycles) you can see the reflections of beautiful architecture, glorious sunshine and blue skies (which by the way isn’t a common occurrence here so you must enjoy it whilst you can) in the rippling water as boats float down the canals. The smiles of people pottering about on their bicycles is like a warm welcome in foreign territory. It dazzles both the typical tourist and impatient traveller alike.

After WWII the city sought its opportunity to grow, and prove that it’s adversity against France during both the invasion by Napoleon and its assimilation was no match for its ability to prosper. It had no more than 20,000 residents at the time but with the addition of the annual TT event the city became more popular and since has remained the fastest growing urbanity in the northern region. Like heritage running through family bloodlines, the annual Assen TT has a long history within the motorsport realm. Dating back to 1924 when the initial law for racing on public roads was passed, the light bulb in the brain lit up and in 1925 the first motorsport event was held and entitled the ‘Non Stop Endurance Tour’. The circuit had long straights, fast kinks and was a mixture of paved and unpaved surfaces. It took roughly five years before the Dutch Motorcycle Association supported the ‘Men of Assen’ (those who were involved in the organisation of the event) and granted them international status. This opened the doors to foreign riders enabling them to compete at Assen and provided the event with a worldwide platform. The ‘Dutch TT’ name was officially registered in 1936 and in 1949 the FIM launched the official World Championship for motorcycles.

This circuit has undergone its fair share of modifications due to tradition, challenging characteristics and accidents. The biggest change involved race day TT. After a long-held Saturday ritual it was decided that it would be better to host the action on Sunday to cater for more attendance. This saw up to 161,000 spectators in 2017 and a new grandstand being built to accommodate larger crowds this year. 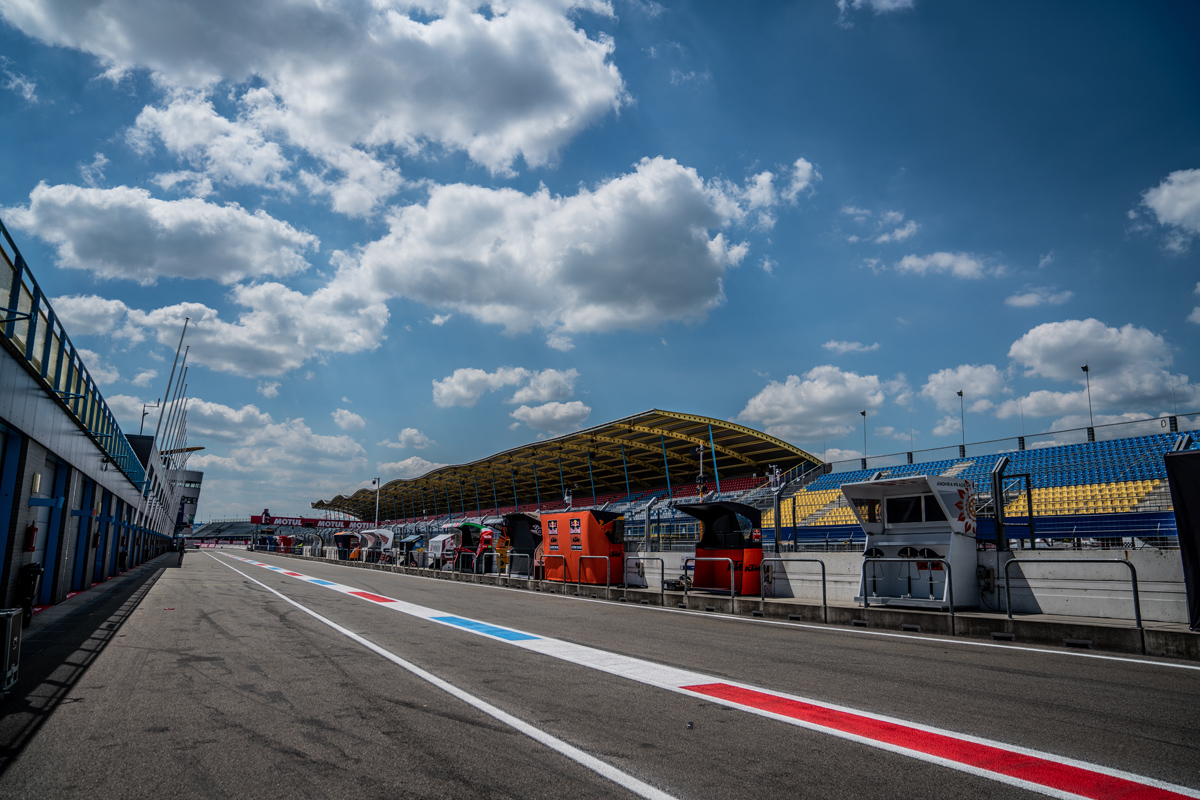 Due to the complex nature of certain corners other tweaks needed to be made. The length of the track has diminished by almost 12km, going from 16.5km to only 4.555km today and several corners like Bedeldijk, Stroomdrift and De Vennen were removed. In the midst of so many changes they still managed to reflect the traditional circuit layout of public roads and stuck to the theme of fast kinks, which result in high speeds. Better facilities, new surfaces, track widening and additional grandstands have been constructed and ensure that the track has continued to morph. In turn it has remained a favourite amongst the riders. Cal Crutchlow praised the place saying: “I love this circuit. It has been kind to me in the past. My one regret here is that I never got to ride the old circuit. I came to the FIM World Championship a year or two late to be able to ride the old Assen. I always enjoy riding here and the fans are great”.

In 1983 during the 500cc Assen TT, Franco Uncini (reigning world champion at the time) suffered an accident that left him hospitalized and worryingly unstable. He had fallen and was trying to make an attempt to escape the track while bikes flashed past. Without a moment to process his situation, life flashed before him. Australian rider Wayne Gardner inadvertently collided with the helpless Italian. The incident caused Uncini’s helmet to fly off and left him in a coma for over two months. Uncini lived to tell the tale and made a remarkable recovery to full fitness and health.

Fast forward 35 years. In 2013 Uncini seized the title of Grand Prix Safety Officer for the FIM. He was honoured as a MotoGP Legend in 2016 and has since continued to be a useful asset in improving the safety of all riders involved in the Moto3, Moto2 and MotoGP classes. It is the perfect example of how one event – a story in the long history of Assen – can shape endless possibilities for the future alike all the changes made through the years.

This event is not only a breeding ground for nostalgic value but also a location that cannot be ignored. Beyond the rustling green trees, rustic plains that go for as far as the eye can see and the unique cuisine and language, it is a section of the world that is rich in custom and confident in its character. It is the reason we are celebrating the 88th edition of this GP this weekend. And why many more undoubtedly lie ahead.