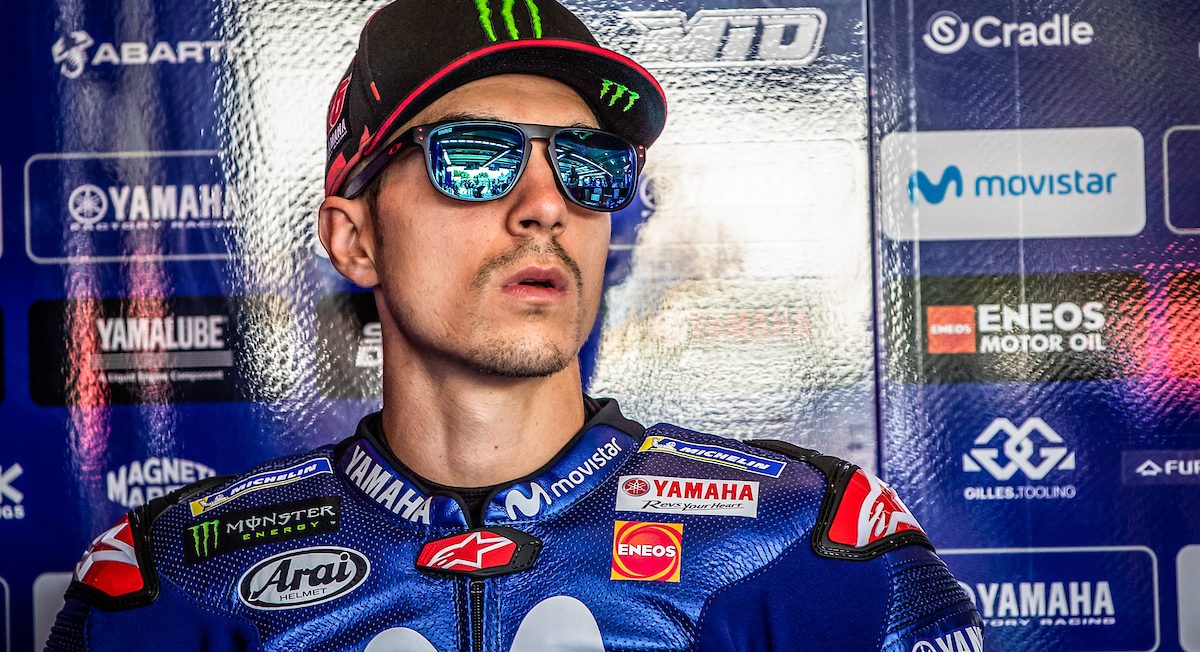 Going into the summer break, it was somewhat puzzling when deciphering the merits of Maverick Viñales’ season. The numbers weren’t bad: three podiums, finishing inside the top eight in each race, and third in the championship. Yes, his teammate had shown him up on occasion. But, nine GPs in and, 56 points adrift, the 23-year old could still be considered a realistic championship player.

Yet the Catalan’s behaviour and body language often told a different story. Over six arduous months, his mood had shifted between pigheaded optimism, wide-eyed bafflement, and barely concealed rage. And then back again. Those suspicions that he was unable to pinpoint precisely the reasons behind a winless malaise that stretches to 14 months never really went away.

And so it came to a head in the suffocating summer heat that hung over Brno’s alpine hills last weekend. Any mirage of tranquility inside Viñales’ box came crashing down on Saturday. The day before the Catalan had confirmed he would not be working with Ramon Forcada, his crew chief of 20 months, beyond this season. A Forcada interview with Movistar TV revealed his rider had failed to notify him of his future plans. He even cast doubt on whether they would finish this season working side-by-side.

Tensions were then plain for all to see on Saturday morning as a failed strategy resulted in Viñales losing an all-important place in the top ten. His sarcastic applause when re-entering his box wasn’t a good look. The donning of sunglasses, and fixing his sight away from Forcada soon after then painted a picture in which all mutual trust had been eroded. It was of little surprise to see Viñales struggle to twelfth in qualifying that afternoon and Yamaha’s move to deny the press any chance to inquire about the situation confirmed the Movistar squad had entered crisis management mode. 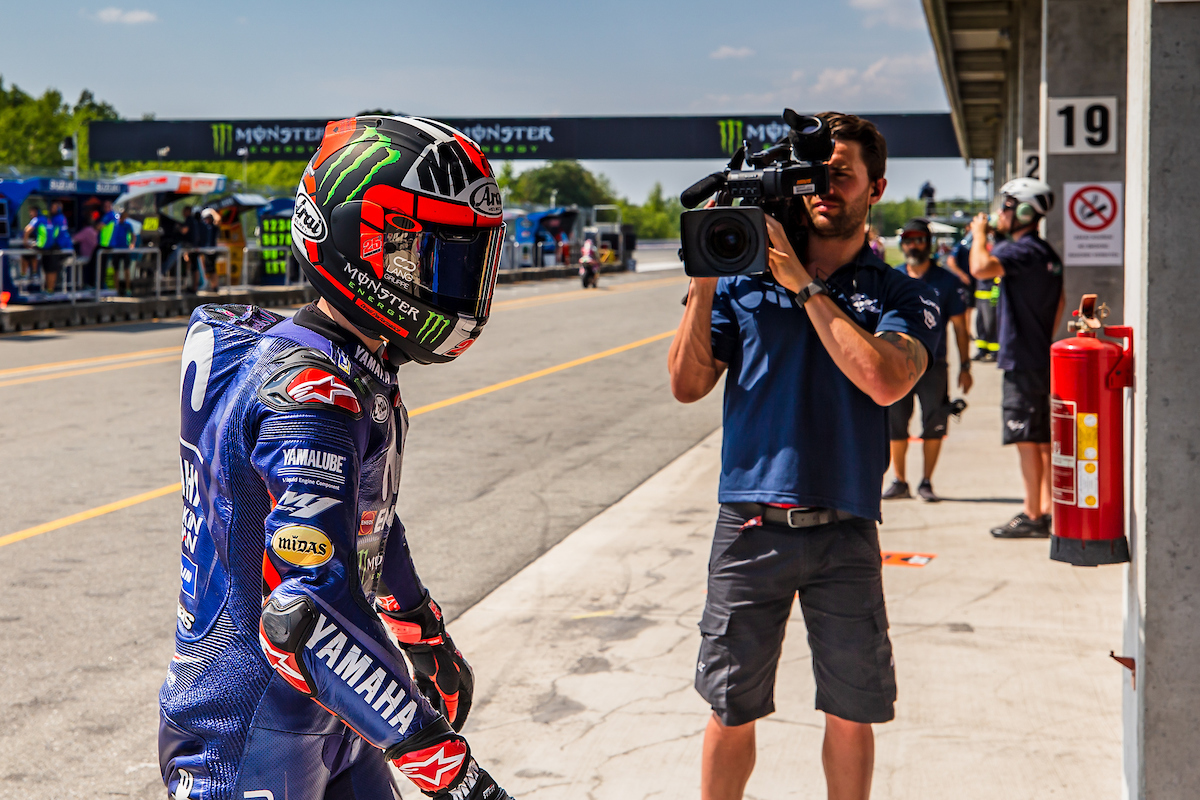 How, for a team that has won seven of the last 14 premier class crowns, had it come to this? Well, competitive sport is filled with spiky, driven characters. Viñales and Forcada can both be counted in that category, with the latter telling me earlier this year how the former can “explode” when things go awry. “Once on the bike, if he sees his time is bad he becomes really pissed off … then everything’s out of control.”

Viñales is as driven as they come, so it’s only natural this recent run of 20 races without a Yamaha win doesn’t sit well. Nor does it with technicians. From 2009 to 2016 this group used to count upon race wins and championship challenges as a given. As managing director Lin Jarvis pondered on Thursday, “If you’re winning, everything is fine. Even the things that are bad are fine if you’re winning.” Little wonder frays have begun to show around the edges.

But the truth is this has been building for some time. Toward the end of last year, Viñales spoke of the need to “trust my instinct” more when it came to bike set-up. After a listless showing at Le Mans in May, he aimed pointed comments toward his side of the box, complimenting Valentino Rossi’s team for “working much better through all the weekend.” This is a dangerous game to play for a 23-year old, working with technicians that have toasted more grand prix and world championships than him. 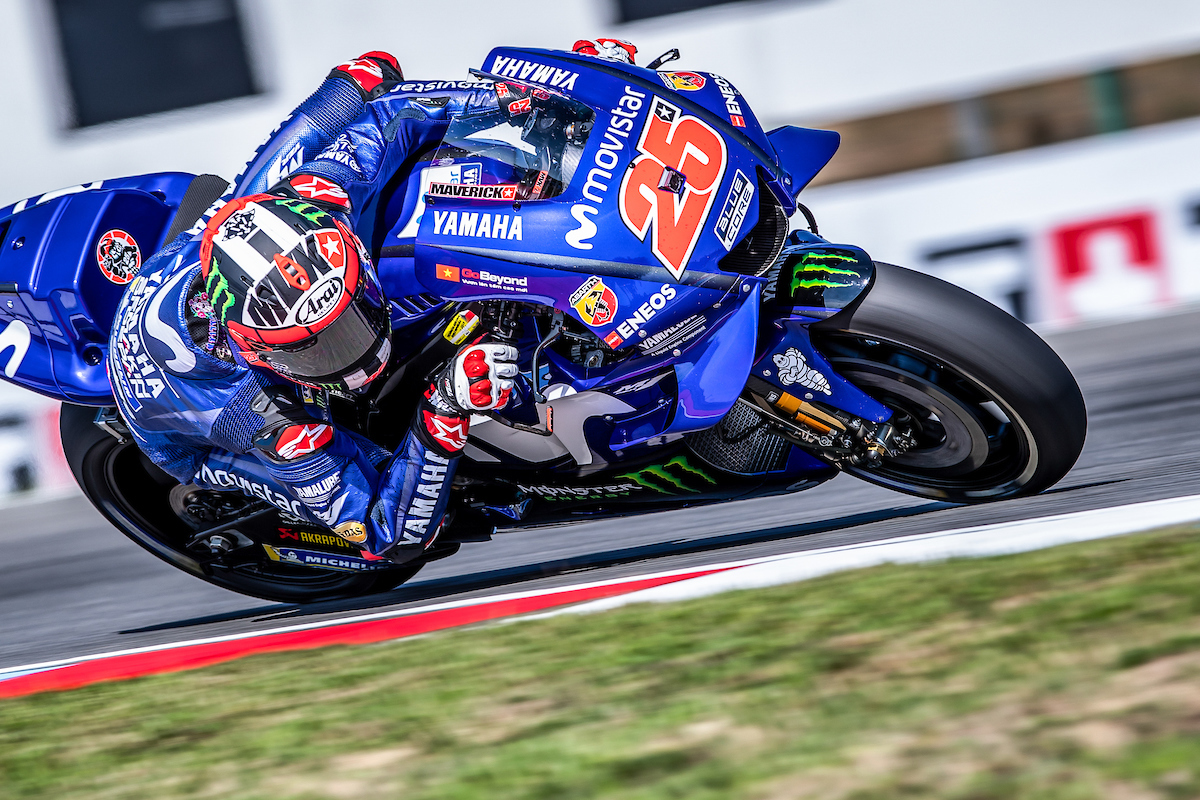 Not least when much of Viñales’ recent difficulties stem from issues that don’t afflict fellow Yamaha men. Neither Rossi nor satellite runner Johann Zarco are beset by a serious lack of grip when the fuel tank is full and tyres are not fully bedded in. A recent exhaustive study by veteran Spanish journalist Manuel Pecino revealed Viñales’ starts are among the worst on the 24-rider grid. From nine races, only Tito Rabat has lost more positions from the start line to the first corner than the 2013 Moto3 world champion.

Continuing frustrations or not, a technician of Forcada’s experience deserves the most basic of human courtesies. All relationships can run their course, but the incident does make you ponder how effective Viñales’ inter-personal skills are. Comments at media events are gift-wrapped into short, terse sound bites. Outside the box, he often cuts a frustrated figure, and, with only manager Paco Sanchez and helper Alex Salas by his side, he’s isolated compared to others in his position. Not least when so much of his contemporaries’ success – think Marquez, Rossi and Dovizioso – is built around a united team ethic.

The news that technician Javier Ullate was due to follow Forcada out of the Movistar garage at the end of the year underlined how Viñales was keen to introduce wholesale changes. Odd, then, for Yamaha to perform a U-turn on the move over the weekend, insisting Ullate would stay for 2019. Through all of this, Yamaha’s management of the situation – allowing a clearly angered Forcada to speak to Spanish TV, not ensuring communication was open between its rider and crew chief – is also open to question.

Not that this controversy is anything new for the rider from Rosas in northern Catalonia. Ricard Jové, the man charged with bringing the then spunky, spotty teen into the world championship after marveling at his talents in the Spanish 125cc championship, remembers the fiery confrontations with the young rider when the garage shutters were pulled down. He was also Viñales’ team manager during 2012, the infamous year with Bluesens Honda in Moto3, when he walked out on his team amid an ultimately doomed title attempt. 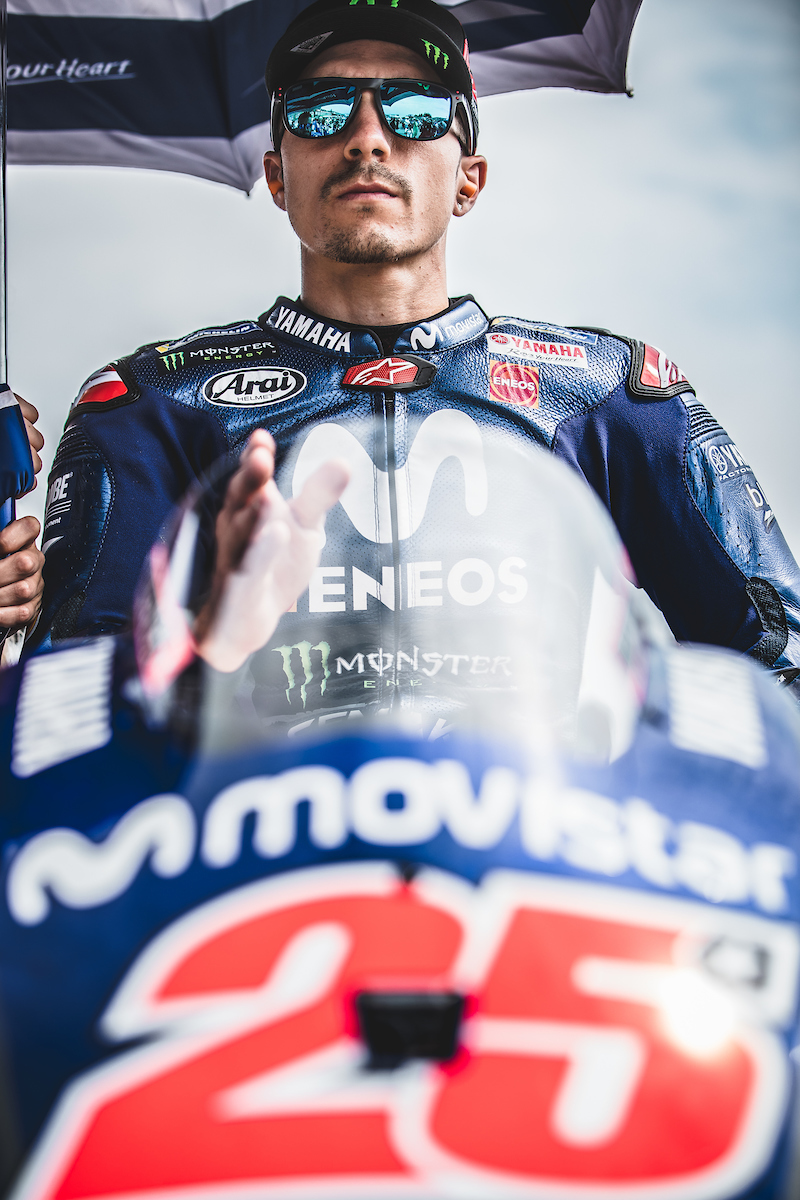 “He’s a great talent but his character is that he only believes in himself 110%,” said Jové, who is still involved with identifying young talent in Spain. “So when he gets a bad result, he never has doubts about himself. [In 2012] He complained about whatever: the bike, the team. And then the troubles started.” Viñales was only 17 then. Much of what happened could be attributed to inexperience while other figures in his life – notably father Angel, who is no longer on the scene – fought to influence his career trajectory.

But six years on and it still seems Viñales doesn’t possess the skills to have his team rally around him. Whether Esteban Garcia, the man upon whom Viñales has called to replace Forcada despite having no experience with the Yamaha M1 or the team, is the magical answer to his woes remains to be seen.

All is not lost, however. Through much of his flaws, Viñales remains one of the grid’s most capable riders. If in doubt, just observe his championship position (third in 2017, fourth after ten races) through a season and a half of knuckle-whitening strife. He’s young enough to work on these issues at hand. And had he not been needlessly taken out by the erratic Stefan Bradl three turns into Sunday’s race, he was still capable of a top six showing – even after all the madness. As he later mentioned, his focus never relents. “When I put the helmet on,” he noted, “I forget everything and I try to make my best.”

As Jarvis said last weekend, a winless run not witnessed by the factory since 1997/8 “puts pressure on the team, on the relationships.” Securing a win would relieve the strain that appears close to unbearable for those in the Movistar box. But to do so consistently, a change of Viñales’ approach is needed. And thinking all of this can be solved by the swapping of crew-chiefs may be verging on the naïve – just as it was to expect Forcada to nod and take this recent decision without firing back.