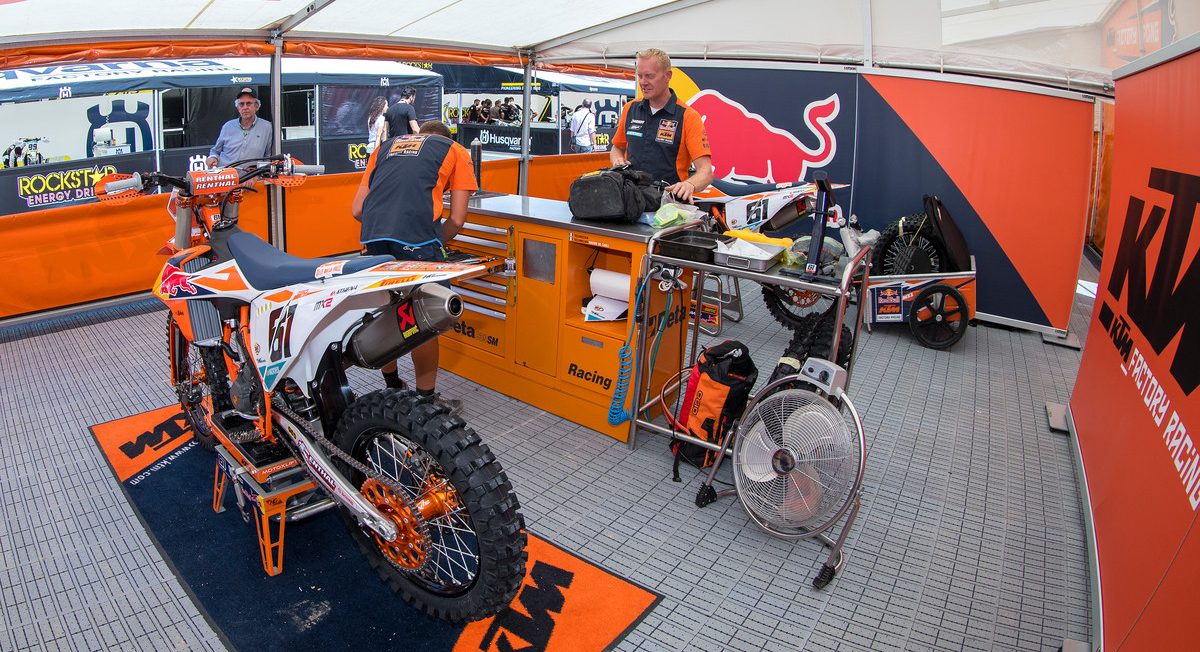 As the awards start to roll in, the KTM boss reflects on a milestone season
12th November 2018

KTM have won Dakar, Enduro, Rallies, Moto3 and Moto2 Grands Prix in 2018 but the company’s racing efforts in the FIM Motocross World Championship reached a level of dominance unlikely to be seen again. Both MXGP and MX2 titles and runner-up positions, Constructors’ crowns and Team Awards, Holeshots, Fastest laps and 19 from 20 GP wins in the premier class as well as 17 from 20 in MX2 means the Red Bull KTM team have laid waste to the competition.

KTM Motorsport Director Pit Beirer, a former motocross grand prix winner, claimed the factory set-up was an “example of how a perfect team should work”. 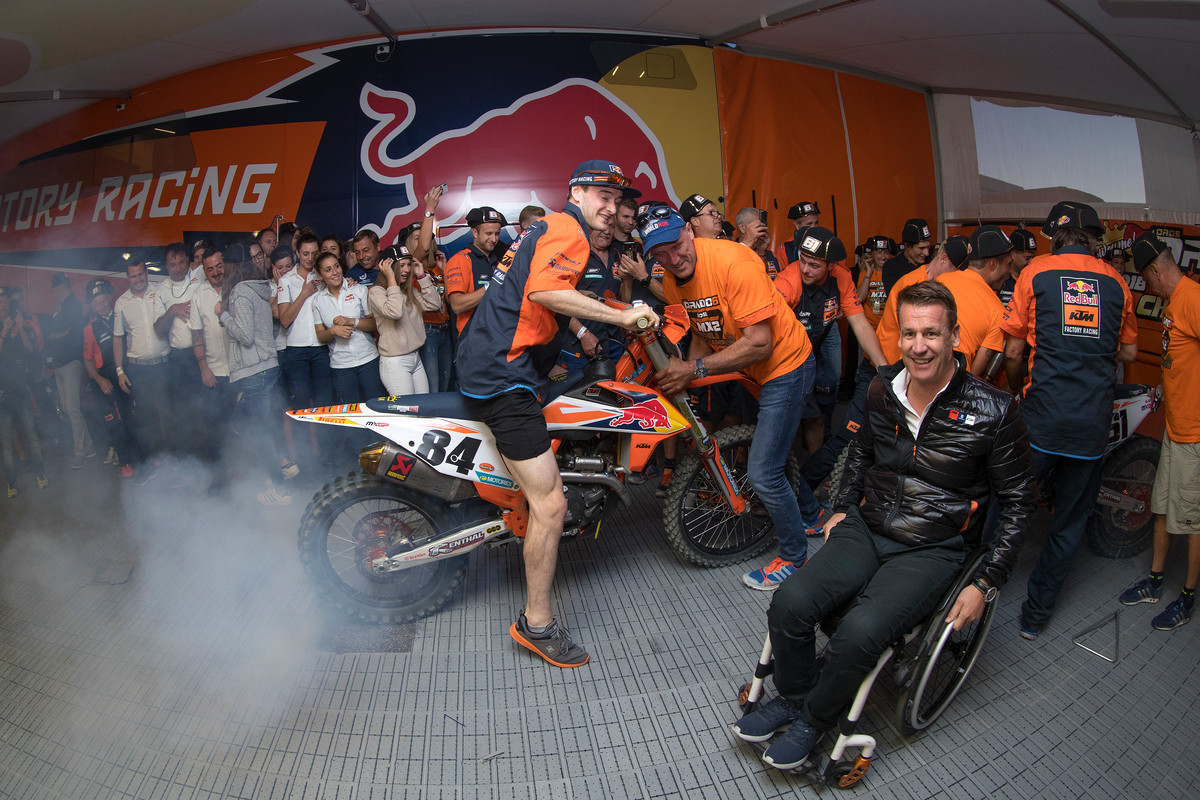 What was impressive for the German, and the KTM management, was how the squad managed the tension of the close battles between Jeffrey Herlings and Tony Cairoli as well as Jorge Prado and Pauls Jonass, even when both duos clashed on the track at British and Turkish Grands Prix.

Cairoli and Prado operated under the stewardship of Claudio De Carli while Herlings, Jonass and Motocross of Nations race winner Glenn Coldenhoff fell under the responsibility of Dirk Gruebel. Despite the factions within the single orange awning Beirer was quick to praise the professionalism of the entire unit.

“People are always talking about two teams but I see it as one big team with five riders,” he says. “These boys and girls are all so professional; the whole operation is an example of how a perfect team should work. At the end of the day motocross is not a team sport when you are down at the start line, but everyone was working fantastically in the background. We have many guys involved who work for the athletes and we tried to keep [the environment] neutral and then kept it on the racetrack. I think the boys came really close to each other twice this year and we had two crashes to talk about in the team…but even then we managed it. I think there is huge respect between the riders and they know there is only one No.1 position. I don’t think we could have handled it better and it makes me very proud that they are under one umbrella.” 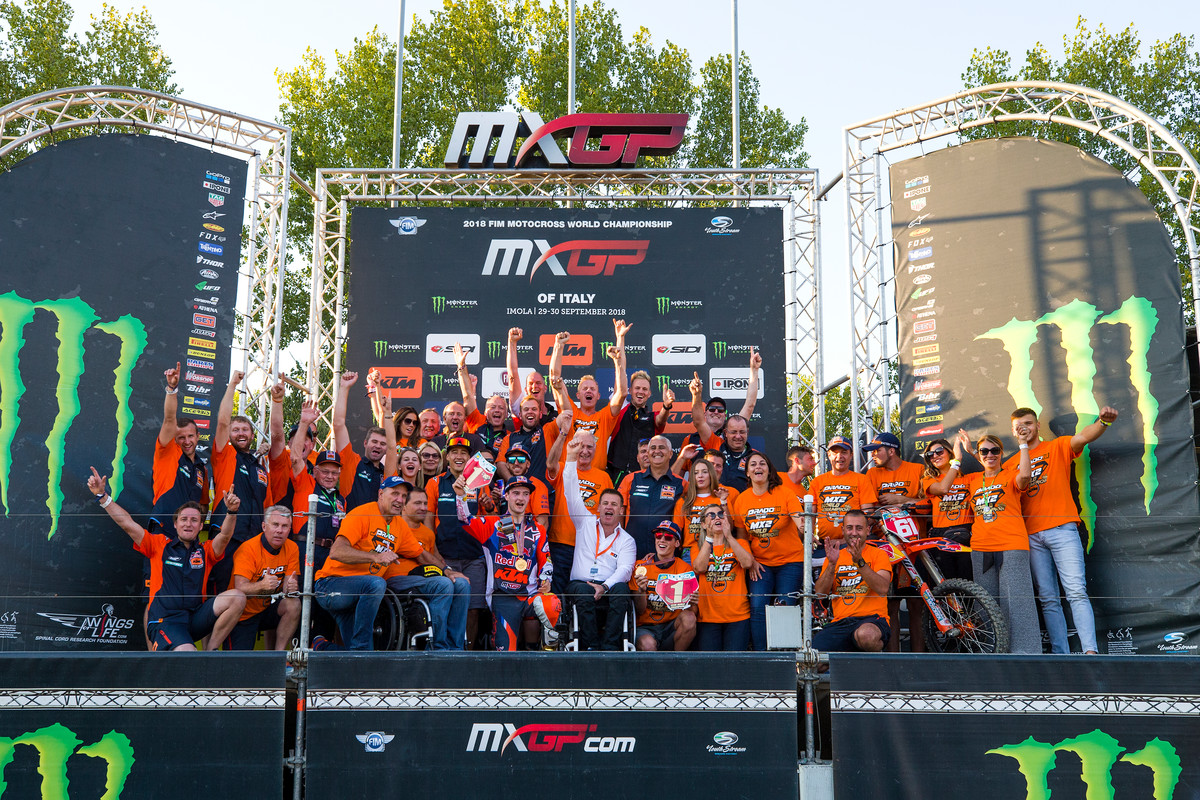 Red Bull KTM’s narrative has been spectacular in 2018. From the continuing excellence of Cairoli to the maturation and development of Herlings, the blossoming of Jonass and then Prado and the consistency of Coldenhoff, the factory has also perfected the competitiveness of the 450 and 250 SX-Fs with unparalleled starting performance. Jonass will push-up into MXGP with a ‘sideways’ move into the Rockstar Energy IceOne Husqvarna team and Coldenhoff stays ‘orange’ but has joined the Standing Construct squad for 2019. Red Bull KTM will revert to a four-rider line-up with another MX2 youngster due to be announced imminently.

Thus there is change ahead for the reigning champions but Beirer insists the crew and chemistry that has made 2018 so emphatic is fixed and poised for more. “I think the team is only as strong as the human input or behind-the-scenes effort that goes into it,” he explains. “We cannot plan the stories but we always try to commit early to young riders and then go through the good days and bad and finally you have a story. Every day you need to push a little bit harder than your competition; we do it as a team and the riders against their rivals and finally that makes our stories. We’ll keep on working to make more!”