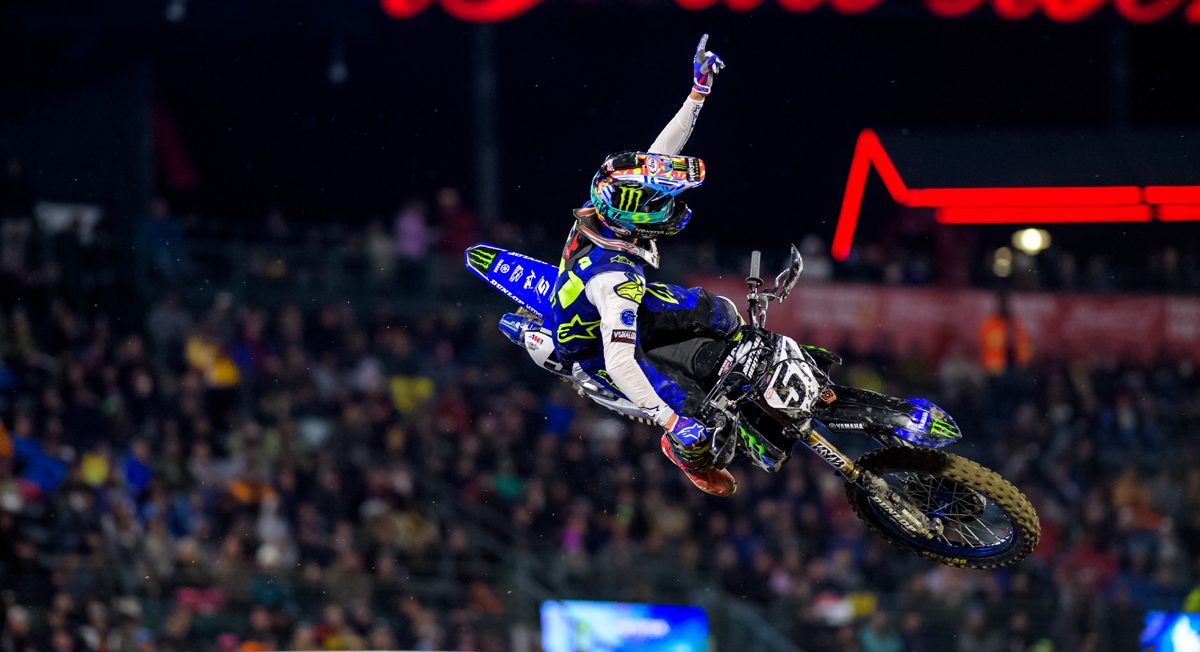 Well it’s over. Anaheim 1 2019 has come and gone and all the questions we’ve had are answered right? Well, kind of. It was an exciting time for the sport, the kick off to a new year and even though the gate didn’t drop for the first heat race of the year let’s hope that’s not an omen for the season yeah?

There’s a ton of things to talk about when it comes to the first race of the season. Dean Wilson out of his van (albeit on a factory bike) led most of the race. Wilson has made one 450SX podium in his career. Running second for most of the race was Smarttop Honda’s Malcolm Stewart who had never even registered a top five in a 450SX before. Yes, the rain was falling but the track wasn’t that bad out there. We were in for a hell of a race no matter what the conditions.

To me though, the real story was the man who did pass both Stewart and Wilson (neither rider would end up on the podium which was too bad): Monster Yamaha’s Justin Barcia. It was a big weekend for busting streaks as Barcia won his first 450SX in almost six years (third longest all-time in the sport) and Yamaha won its first 450SX since James Stewart in 2012. Both of those were a long time ago.

Barcia’s always been great in those conditions for sure but all day long, before the rain fell, he was in the mix for a top time. It’s been a long road back to the top for the #51. For years he was the “next one” and showed a lot of promise his first year on factory Honda 450’s but somewhere along the line, it went south.

A stint at JGR Yamaha that merged into JGR Suzuki and things were still not good. The Justin Barcia I saw at the Jacksonville USGP at the end of 2017 wasn’t good. I wasn’t sure if it was him or he picked a fan out of the crowd to ride his bike for the day. Dropped by JGR, Barcia rode a privateer Honda at the Monster Cup a couple of years ago and that also didn’t work. 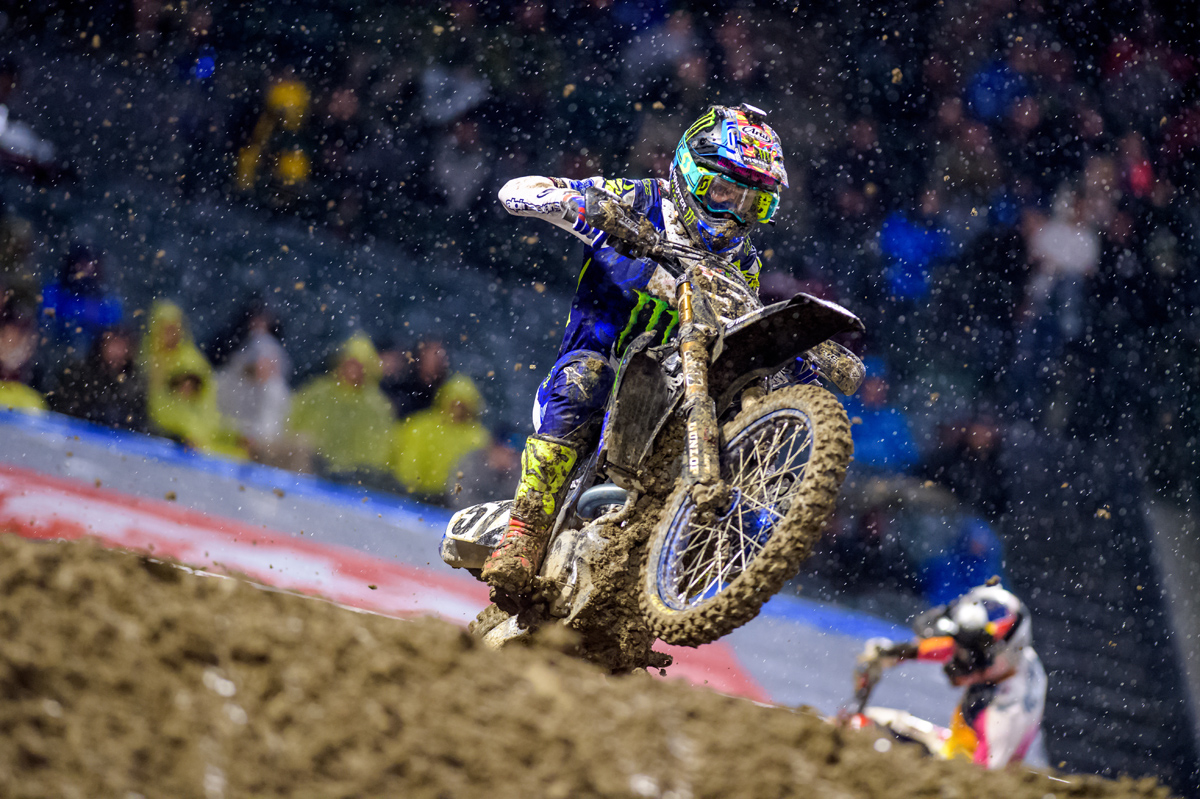 An injury to Yamaha’s Davi Millsaps opened the door for Barcia as a fill-in and that started his road back to the elite in the sport. It was quite remarkable really, outside of Larry Ward, there’s not been a rider to be ‘elite’, ‘non-elite’ and then ‘elite’ again. Once you slip off the mountain man, it’s a sharp fall to the bottom.

“I felt good today,” Justin said in the press conference in what seemed a massive understatement. “I was trying to stay calm but I got a little bit excited today and overdid it a few times, but that’s normal at the first race I think. I was having fun. I put in the work in the off-season. I didn’t overdo it, and I don’t think I under-did it. I got the bike dialed in how I wanted it and was just having fun today.”

Barcia made a joke about how he thought he should’ve retired when things were bad a couple years ago and he again brought it up to me. He insists he was serious though, his career was headed that far south.

And now he’s back on top after a long time; a super cool story developing with Justin and a lesson to other riders, heck maybe a lesson to all of us, to just never, ever give up.

Can’t wait for round two!