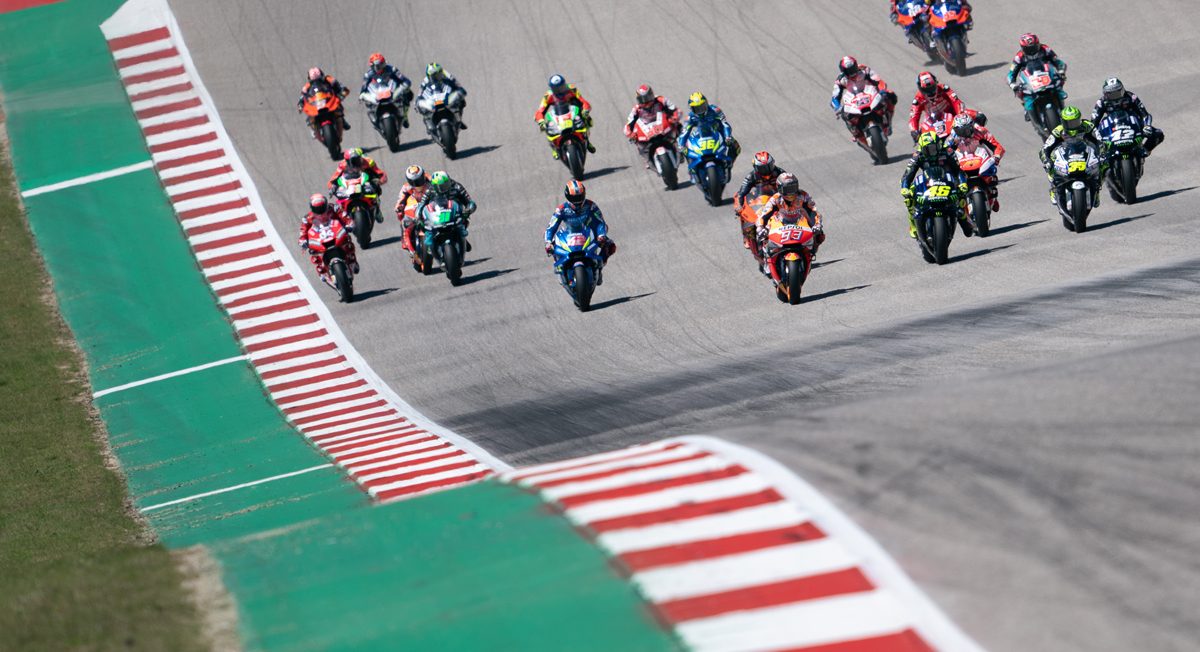 A slip from the throne

He may have retired from the grand prix paddock twelve years ago but Kenny Roberts Senior still knows a thing or two about racing. ‘The King’ was present at the Circuit of the Americas last weekend to promote a new limited edition Alpinestars boot, while running an eye over the paddock in which he amassed seven world titles as a rider and team owner.

On Saturday there he singled out Valentino Rossi and the Italian’s near miraculous longevity (“he should be in a rocking chair”). But the most effusive praise was saved for Marc Marquez. First he stated the seven-time world champion was the current rider that most resembled him on the bike.

“I think from my standpoint Marquez probably comes the closest to throwing the bike in and making it turn, and then exiting, which is what I tried to do,” said Roberts Senior, the previous rider to win a premier class crown at his very first attempt. “[But] I wasn’t quite as good at it.”

Based on what he had seen in Qatar and Argentina – a narrow defeat at a supposed weak track, his biggest dry weather MotoGP triumph to date – Roberts went on, “somebody is really going to have to step up and put the pressure on him that he needs to make a mistake. Right now I don’t see that happening.”

So how could Marquez be stopped? “It’s going to be him beating himself from what it looks like to me.”

It was difficult not to think of Roberts Senior’s comments a day later when the #93 was imperiously easing away from the field, on course for a 13th straight victory in the USA, and an eleventh in MotoGP – the kind of record that would have put him on a par with Giacomo Agostini’s dominance of Finland and the rail-line crossing at Imatra during his sepia-tinged pomp.

No one could get close. It all appeared a bit too easy. Two weeks on from Marquez’s nine-second demolition of the field in Argentina, he was on course to win by a similar margin. And at a track at which he had topped 39 of the 47 sessions he had entered since this track. “I was inside my limit,” said the 26-year old of laps one to eight. “I was riding in a very good pace, very smooth, trying to save the front tyre.”

Perhaps it was all coming too easily. There aren’t many other explanations for what came next other than a rare slip of concentration. Entering the horribly tight turn twelve on lap nine, Marquez braked “three metres later – nothing at 300kph.” He pitched in “with two degrees more of lean angle, a little less brake pressure.” It was enough for his front Michelin to cry out, put him on the floor, and gift-wrap the lead for Rossi, 3.5s behind. “A mistake,” Marquez admitted soon after.

As new title leader Andrea Dovizioso pointed out, this was a reminder that Marquez “doesn’t have everything under his control.” Most of the time he does, the Italian countered. “But not every time – and this is good for the championship.”

Yes, Marquez has crashed out when fighting for the lead before. But at Misano 2014, or Phillip Island 2016, for example, the championship had long been decided in his favour. Here, he hadn’t quite been at his swashbuckling best in the dry. Maverick Viñales was faster on Friday, an event in itself in Austin. And owing to the cancellation of FP3, bike set-up wasn’t ideal for qualifying.

On Saturday Marquez acknowledged Honda’s RC213V wasn’t best equipped to deal with the notorious bumps that have all but erased the enjoyment from riding the 3.4-mile Circuit of the Americas layout. The bumps had caused Crutchlow to fall three laps before at turn eleven, and miss out on an “easy podium finish.” His post-race comments indicated they are still striving to find the perfect bike balance, and the continued issues with the RC213V’s chain jumping off its sprocket are a puzzling concern for a factory of HRC’s resources.

This was a miserable day for the Japanese manufacturer in the sun. The six points Takaaki Nakagami collected for tenth place represented HRC’s lowest points haul from a premier class GP since 1982, when Freddie Spencer, Marco Lucchinelli and Takazumi Katayama withdrew from the French round at Nagaro on safety concerns.

This result shouldn’t be overblown, however. Without a minor starting infraction in Argentina, Hondas would have arguably arrived in the USA first and second in the championship. After all HRC is coming off a winter in which three of its factory-contracted riders were riding injured at each of the four preseason tests. Honda may not have found the perfect balance just yet. But that will surely come when further testing opportunities present themselves.

It’s worth remembering Marquez was on course to win at the most physical track on the calendar, too – a tremendous testament to continued dedication and sheer mental strength at coming back from “serious” and “aggressive” shoulder surgery in December. “From a biological point of view to be back to a normal condition, it will take six months,” Doctor Michele Zasa, of the Clinica Mobile, told me. “But common people would have probably needed two to three months just to be able to do their normal daily life, which is not going on the bike at 300kph.”

Marquez’s recovery meant much of the early season attention surrounded his own exploits. But as witnessed by Alex Rins’ thrilling debut victory, Rossi’s consistency, and the abilities of Andrea Dovizioso to maintain calm when a race weekend appears to be spiralling out of control, three challengers have showed the ability to take advantage if and when the reigning champ “beats himself,” as he did here.