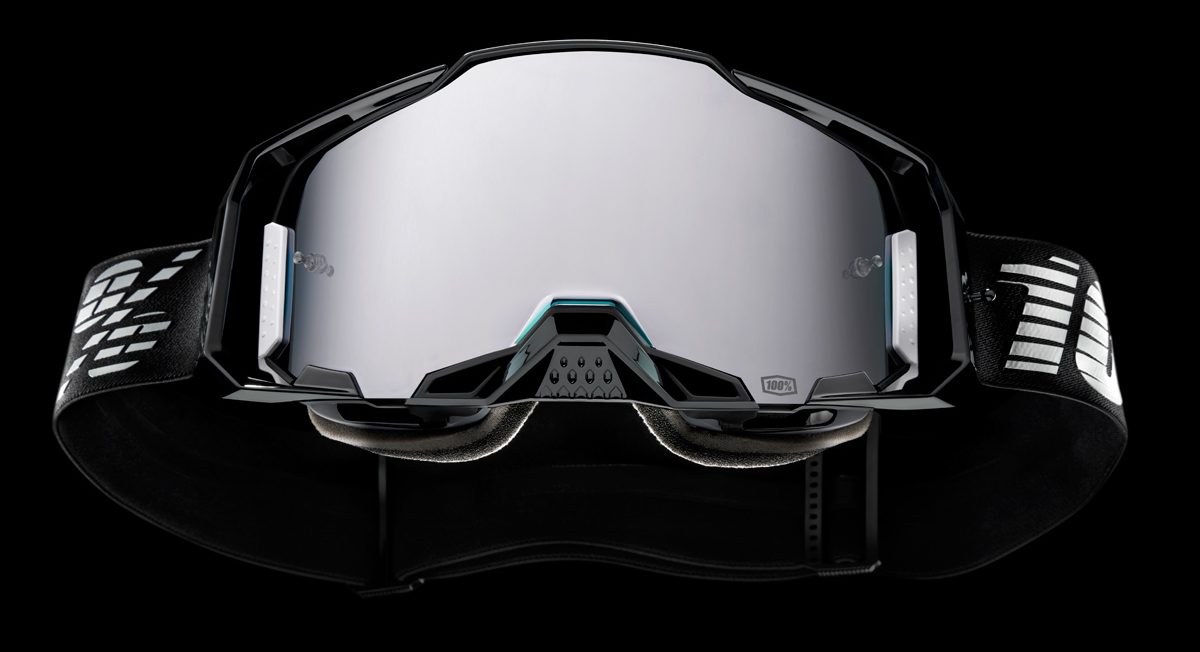 How 100% are getting serious with the new Armega goggle

100% caused a splash around the 2019 Monster Energy Supercross closer in Las Vegas with the unveiling of a new premium goggle: the Armega. The event was timely with one of the brand’s ambassadors – Cooper Webb – wrapping up the 450SX title.

The Armega is a significant move for the San Diego firm who have become part of the motocross ‘fabric’ since their inception at the start of the decade thanks to well-designed, practical and cost-effective goggles as well as a sponsorship drive that saw some of the most prominent names in the sport slipping their product into crash helmets. Their Accuri and Racecraft models have been popular for a number of years and the creativity of Marc Blanchard and his team have ensured that the eyewear (and subsequent sunglasses, performance glasses and apparel) carried the same kind of enviable styling.

With Scott’s Prospect and Oakley’s Airbrake (and even companies like Leatt now fabricating goggles with the selling point of ultra-strong lens material) 100% remained a cool choice but perhaps not an essential one. The Armega boasts a list of specs that addresses this ‘flagship absence’ from the portfolio and places the gear right at the top of a racer’s (or serious moto rider) set of demands.

What’s the hook? First off there is the ‘proprietary HiPER contrast–enhancing lens technology’ that enhances colour and contrast by filtering rays and allowing greater depth perception. Basically the company are claiming clear, more defined vision than ever before. The same (very resistant) lens is easily clipped into place by a six-point quick-change lock system that looks like an impressive invention and good design-thinking.

The frame is also clever. Dual injected, the structure forces airflow into the goggle (thus minimising fogging) and this has an added benefit for collecting and dispersing sweat. It looks almost minimal: giving full range to the lens and therefore increasing the field of vision to 100%’s biggest yet. Then there are all the other benefits that are now almost par-for-the-course: wide strap, 3D face foam, removable noseguard and carry/wipe bag.

The HiPER lens Armega will cost 120 dollars (the mirror lens is 100 and the clear version priced at 90). The Ultra HD lens is something of a work of art in itself, and it is well worth taking a few minutes to browse the 100% website and it’s compilation of animations and small video clips and flick through the Issuu-based catalogue for the full explanation of how and why this goggle could seriously ruffle the market. Initially expect seven different design choices with a variety of lens combinations. 100% call the Armega “the most sophisticated goggle ever made” and – although it’s yet to be tested – the attributes mean it is hard to argue.