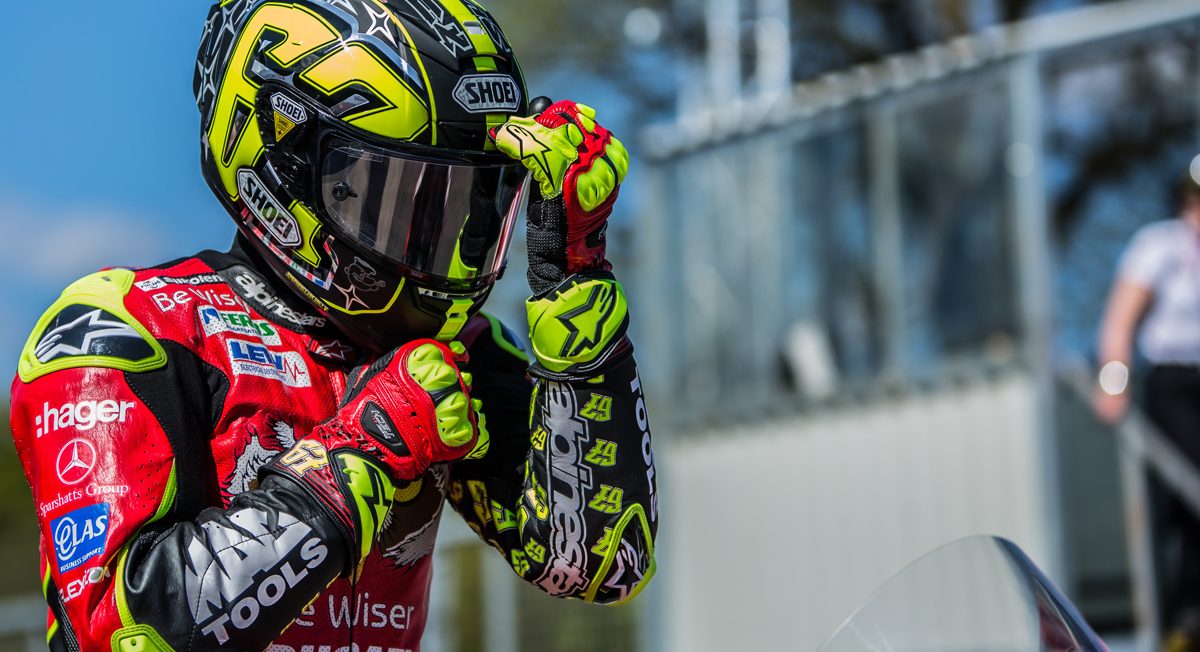 How you walk the canvas

Winning. As my Eurosport colleague and six-time British Superbike Champion Shane Byrne always says: “if you’re not lining up to win, what’s the point?”

This from a guy who, for the best part of two seasons in 2004 and 2005, lined up on a MotoGP grid knowing that, deep down, he didn’t have a hope. It was a feeling he tried to quell but eventually it overcame him and despondency almost led him to quit the sport he lived for.

At the time, only the words of another former BSB champion, Niall Mackenzie, brought him back from the brink. At a press event together at the end of a disastrous return to domestic racing for Byrne in 2006, he was asked by a journalist to look back on his career and pinpoint the highlight. “He hasn’t had it yet,” interjected Mackenzie.

The sagacious Scot’s faith gave Shakey the resolve to continue and it was justified by 60 further BSB wins over the next decade or so that would take his total to 85 – a record tally that he was desperate to push into treble figures before his career was put on hold, at best, by a serious neck injury last year.

Byrne’s addiction to winning remains the driving force behind any possible recovery, but at the same time it leaves him mentally vulnerable should the doctors call time at his next appraisal in September. Because when winning is the only option, the alternative is bleak.

Last Saturday at Donington Park I stood alongside Shakey and watched from trackside as Scott Redding, his replacement on the PBM Ducati, claimed his first victory in BSB. The relief and joy that emanated from Redding as he dismounted the Panigale and celebrated with his uncle and his team was palpable to any of us standing there, but especially to Shane. After five years of hard graft in MotoGP with only two podium finishes to show for his efforts, there is little doubt Scott was going down the same path Shane had himself trodden in 2006.

Later that evening, I dashed up the M1 from Donington back home to Huddersfield to watch my cousin make his boxing comeback at the age of 47. It had been several years since he last stepped into the ring, but for a multitude of personal reasons it was something he felt he had to do.

Watching a family member step into a boxing ring is nerve-wracking at the best of times but especially so knowing what was at stake. A couple of times he was caught by sharp shots to the temple that made his brain ‘buzz’ and urged his body to relent. But in different aspects of his life over recent years he had felt what it was like to give up, and needed more than anything to experience the opposite. A short right hook early in the second round sent his 30-year-old opponent to the canvas in a crumpled heap, and as the ten-count was completed by the referee, the demons went down with him.

I ponder these thoughts from my hotel room in the Isle of Man, where over the coming days hundreds of men and women will line up on Glencrutchery Road and stare directly into the face of their own worst fears. They often say the challenge of the TT is not to defeat your opponent, but to defeat the course.

My experiences over the last week or so make me think about the likes of John McGuinness and Ian Hutchinson – two men who have defeated the course on countless occasions and seemingly have nothing left to achieve here. Yet after two torrid years of physical pain and mental anguish, battling back from horrendous leg injuries, they have felt the compulsion to come back and do it all again.

Maybe for them the greatest danger they face at the Isle of Man TT is not in necessarily in tackling 37¾ miles of winding public roads at 130mph plus, but of being denied the opportunity to do it.