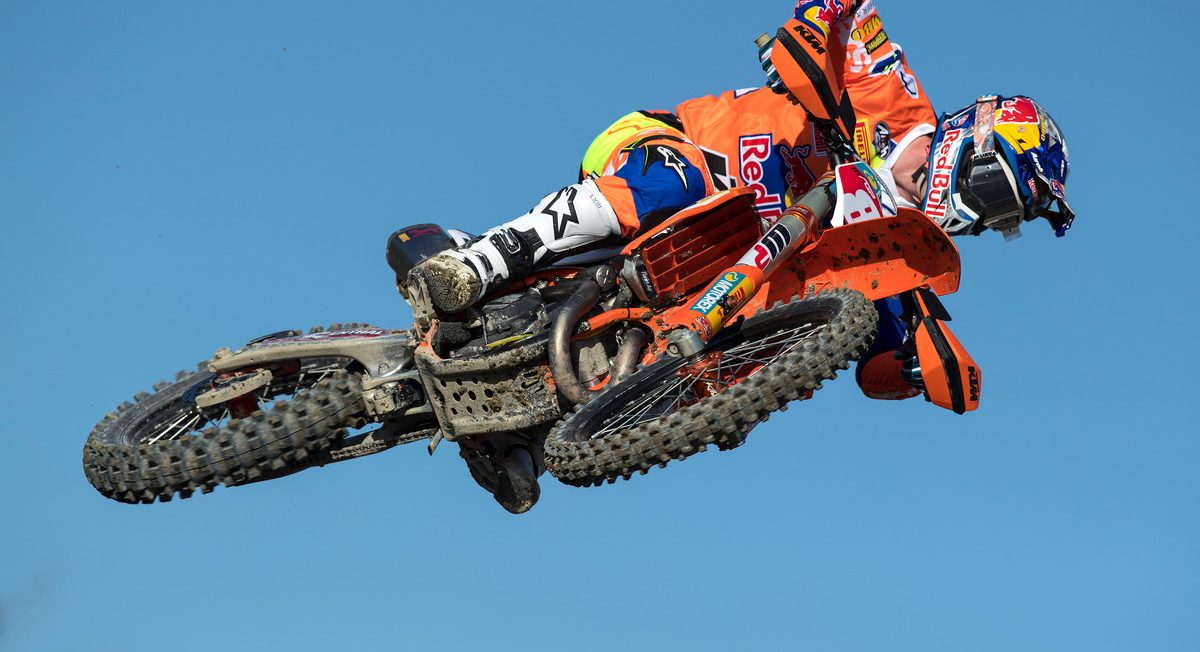 Herlings: “I will help Tony”

Jeffrey Herlings’ return to MXGP has been eagerly awaited since the 24 year old broke his right foot in several places during a training moto in Spain in January. The Red Bull KTM rider dominated his championship year in 2018 with 17 victories from the 19 rounds he contested and for what was just his second term in the MXGP class. Although MXGP fans will be expecting #84 to soon get back to winning ways, Herlings has already commented that he’ll play a support role to teammate, and current leader of the championship, Tony Cairoli.

Herlings lines-up in Russia this weekend having missed seven rounds of eighteen on the 2019 slate and with a 311 point deficit to Cairoli. The Sicilian has been beaten by HRC’s Tim Gajser in the last two races staged in Portugal and France and the Slovenian has sliced the KTM man’s advantage from 40 points to just 10.

“Gajser has been really strong but there are a lot of races to go,” opined Herlings. “I will be looking at what I can do and using these three races in Russia, Latvia and Germany for practice and to be able to get up with the guys. My foot is still getting better and it’s been a difficult time. I hope by Indonesia [round eleven] I can be a podium guy and I’ll definitely be doing my best in the meantime.”

Herlings is contracted to KTM for another year with the possibility of extending the deal into 2021. With eleven fixtures remaining in 2019 he has the mathematical chance to increase his career win total to 95 and edge closer to Stefan Everts’ record 101. The four-times world champion will also have one eye on the season-ending Motocross of Nations on home turf at Assen on September 28-29; scene of his title celebrations last summer.

Aside from personal gain, Herlings admitted that he’ll assist Cairoli to secure KTM’s eighth premier class crown this century but won’t want to play an unnecessarily disruptive role in the competition between #222 and Gajser.

“I think the championship will be a good show,” he said. “I still want KTM to win it and I hope they do even if I cannot be the one to bring it any more this year. I will help Tony and the team if he needs it but I also don’t want to be the one that is directly in the mix and getting in the way of those two.”