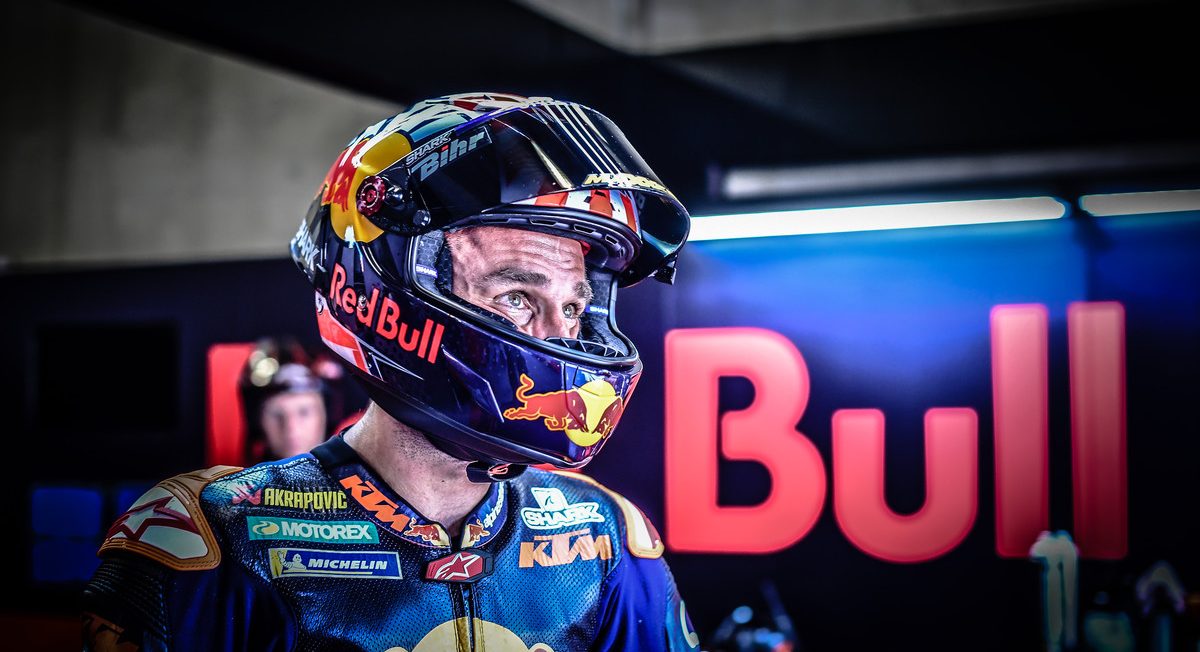 Amid the rapidly disassembling MotoGP paddock on Sunday evening, the contrasting issues surrounding KTM’s factory riders acted as a snapshot of their respective seasons: Pol Espargaro had just battled his way to eleventh place, a feat in itself after injuring his right hand 13 days in a testing spill. After a weekend spent clenching his teeth, few had expected it. “If someone asked me after FP1 if Pol would finish the race I would have said ‘no chance,’” said team boss Mike Leitner.

Then Johann Zarco rocked up. A slim band of elastic material wrapped around his right forearm was meant to convey his reason for retiring 16 laps into Sunday’s race. Arm pump, he said, had got the better of him. “It was worse because the bike was moving.” The exertion was so bad it was “destroying me,” he told reporters. “I had the feeling I was not holding the bike any more and before something bad happened I had to stop.”

In Zarco’s defence, he wasn’t alone. No doubt, Assen’s pupil-dilating kinks taken in the region of 130mph are among the most physically demanding sections of the calendar. Considering podium finisher Fabio Quartararo had such issues aboard last year’s 600cc Moto2 machine, one can only begin to imagine the increased pressure on the forearms throwing 160 kilos of wayward steel and carbon fibre through the Ruskenhoek and Hoge Heide flicks.

Ex-500cc grand prix winner and MotoGP pit lane commentator Simon Crafar remembers the numbing effects of arm pump well. “Because you’re not relaxed and you don’t trust the front you hang onto the bars a little tight,” he recalls. “Your arms never get a rest and it gets to the point where you can’t hang on [and] you can’t feel your fingertips. The MotoGP bikes accelerate so hard, it’s like hanging from a bar in the gym by your forefingers. If you’re doing that for 45 minutes and not finding a place on track to let them relax there’s just no chance of not getting it.”

The condition was not even unique to Zarco’s Assen experiences of the past. He admitted to suffering from similar issues here in his two previous visits. Only then he was “able to manage it” aboard Yamaha’s dulcet M1. And who am I to judge the 28-year old – a double world champion, France’s most successful GP exponent, and, let us not forget, MotoGP’s most intoxicating prospect as recently as last May – for pulling in if he perceived danger for himself and those around him?

But the bottom line here is just that: Zarco pulled in. Espargaro didn’t. And for good or ill that’s what Sporting Director Pit Beirer will be contemplating this week on his short trip to the Sachsenring. This characterised the Austrian factory’s premier class season until now. Espargaro has been all-action and, at times, heroic in edging the RC16 toward a regular top ten contender. “If you look at his data, his riding style and his performance, we could not ask for a better rider in the project that Pol,” Beirer told me in May.

By contrast Zarco and KTM haven’t been an easy fit. His issues adapting that silky smooth riding style to the RC16 have been more pronounced than even his biggest doubters could have envisioned. From that very first test at Valencia in November the dye was cast. “It was worse than I expected,” he said then. There have been few bright spots since as he’s grappled to find anything approaching comfort when braking and entering turns. And going off Beirer’s comments, there was an unwillingness to adjust at his end.

According to Espargaro, KTM’s MotoGP riders “need to risk every single braking … to take the [strongest] point of the bike. I am taking it to the limit and the maximum.” Zarco has been stumped. Any efforts to brake later and harder have so far fallen short. “I have the feeling that I need to work in reverse and do the same lap-time as if I run normally,” he said at Mugello, eyes firmly planted on the floor.

But more than this, Zarco’s attitude has been an issue. Aside from slating the bike in front of TV cameras at Jerez (“[either] we are f***ing s**t in chassis, or we are f***king s**t in controlling power”), which brought a roundabout apology, the Frenchman is been surprisingly unaware of a factory leader’s role. Espargaro’s all-or-nothing attitude is infectious to those around him. His commitment on the bike is reciprocated and returned in the garage. How can mechanics and technicians come to know and love a figure that is a continual ball of angst and frustration, as Zarco has been after switching black and green for blue and orange?

Bradley Smith, the man Zarco replaced, last year explained how a factory rider’s role extends well beyond twisting the throttle when the visor goes down. “I want [my team] to feel they are making a difference,” he told this publication last September. “That group and family feel becomes better. It’s good on the good days but also good on the bad days because you’re together. They’re looking for improvements, and you feel there is belief.” By all accounts there have been few efforts by Zarco to endear himself to those fighting in his corner.

The speed at which company CEO Stefan Pierer speaks his mind on such matters may not help what appears an uneasy marriage; but you couldn’t claim KTM isn’t trying. Zarco had a new chassis in Jerez. He then tried another at the Barcelona test. But the turnaround is yet to come. 16 points from eight races has been a sorry return, even for a rider in the midst of the biggest transition of his career.

If there is a perceived lack of effort or desire on his part – Assen may be read in this manner – then it’s hard to foresee this relationship outlasting the year. Just look at how factory management dealt with Smith’s poor run mid-way through 2017. Pierer and Beirer spoke out and real efforts were made to relieve the Englishman from his two-year contract. For Zarco reruns of Sunday surely won’t be accepted.

Time is running out. Beirer has indicated he expects marked improvements in the second half of the season at the latest. It now appears Zarco’s best hopes lie with the development capabilities of Dani Pedrosa. In Leitner’s eyes the Spaniard’s meticulous, precise feedback crafted the RC212V and later RC213Vs that team-mates Casey Stoner and Marc Marquez would take to world titles.

But doing so brings its own risks. On Thursday Espargaro told us, “Dani is already working for next year.” If things continue at this rate for Zarco, that may already be too late.