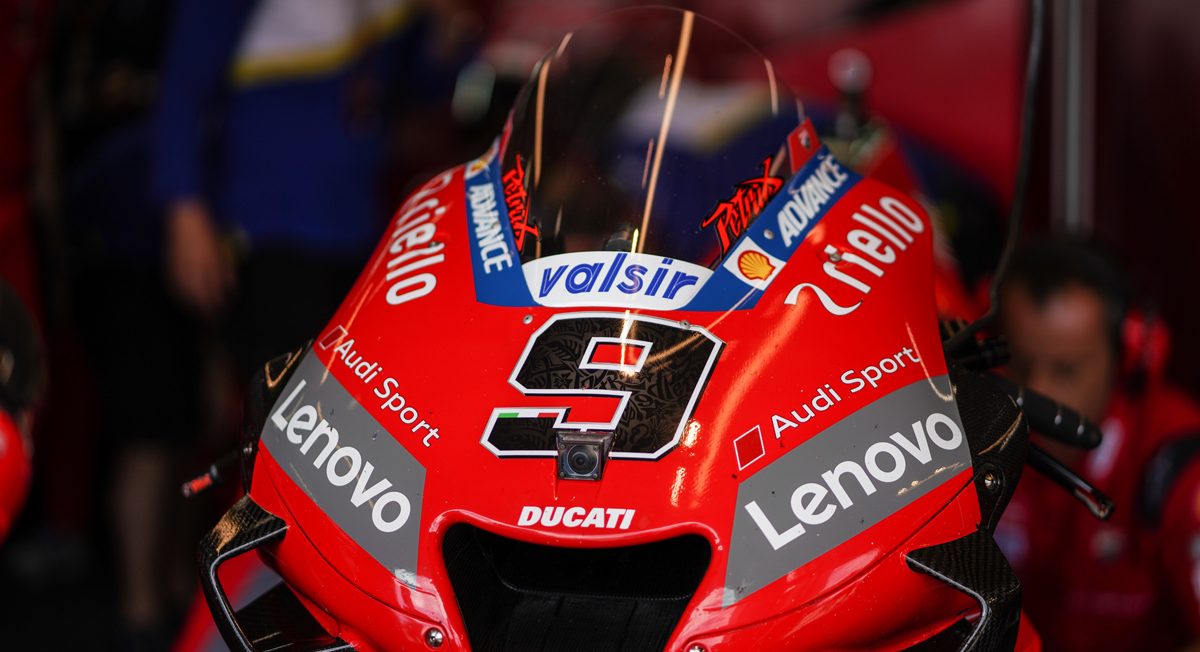 There was a line from Marc Marquez in the aftermath of Sunday that illustrated the ease at which he won his fifth grand prix of the year. “I pushed more or less ten laps,” he said. “Then just I tried save the tyres ten more laps. “[Then] The last ten laps? It’s true I had more.” His winning advantage of 4.5 seconds could have been much bigger.

Perhaps that was a contributing factor to the dour mood in the Ducati camp that evening. Perhaps the comments of Alberto Puig were another. In an interview with Spanish daily El Confidencial, the Repsol Honda Team Manager had reacted to Ducati’s Paolo Ciabatti’s claims that without the other worldly talents of Marquez, Honda would be nowhere.

“With Honda, many people have won,” Puig responded. “With Ducati, one guy won [and that was] one year in exceptional circumstances. I think they are trying everything and more but for now, nothing. To this day they have not won anything.”

Or perhaps it was the simple fact Andrea Dovizioso had lost 14 more points to Marquez in the title race, and his efforts following the Suzukis and Yamahas ahead had underlined just how Ducati appears to have lost the advantage it enjoyed through much of 2018 (and the early part of ’19) as the leading brand in MotoGP.

That evening he delivered a thought-out verdict on where Ducati was. “The limit is always the same,” he began. “We [have] arrived at the moment that it’s clearer we have to be focused on [improving] the turning because we are quite good in some other areas.” Compared to its rivals, those deficiencies of the GP19 are “really, really bad.”

His persistent appeals for Ducati’s management to address those issues of its Desmosedici machines have gone unheard. It was time, he said, for the Bologna factory to think long-term, even if that meant sacrificing the second part of 2019. “We need a strategy for the future,” he said. “We have to create a different situation and be focused more on that.”

The past fortnight was always going to be difficult for the red bikes. Assen’s critical changes of direction and the Sachsenring’s long, arching corners act as a kind of kryptonite to the Desmosedici machine, that, to borrow Jack Miller’s words, ”would just spin and start f***in’ bucking, getting head shakes,” when he attempted to throw it from one side of the tyre to the other at Assen’s ferocious Hoge Heide flick. “It wasn’t really that much fun, I can tell you.”

At the Sachsenring all that time spend on the edge of the tyre as riders descend then ascend the particular, undulating track left Dovizioso using the throttle to compensate for turning weaknesses. “There are only two or three hard braking areas and especially there are very, very long corners where we don’t feel the front turning,” said Danilo Petrucci, who finished fourth, a place ahead of his team-mate. “From corner three to eleven you don’t brake, you just close the throttle, so you don’t load the front tyre. This is our weak point. Yesterday I tried a bit harder at turn nine and I crashed and arrived in the wall.”

In recent years it has always been thus. These turning deficiencies are in “the bike’s DNA,” according to Dovizioso. He wasn’t so focussed on the bike’s defects in 2017 and ’18, years in which he was consistently Marquez’s greatest threat. He and team-mate Danilo Petrucci sit second and third overall. So why does it feel as though Ducati may struggle to see out the season in this year’s top three?

As Dovizioso said, Yamaha and Suzuki have made real strides in 2019. Both appear capable of managing tyres in a similar way. Honda is a more complicated case. But with a stronger engine that boasts of plenty of low gear punch and added top speed, Marquez is more competitive than ever. And if Cal Crutchlow is to be believed “to finish the race in the positions he is finishing in people don’t understand how hard he is having to ride to do that.” Quite simply, Ducati’s braking stability and acceleration capabilities are no longer enough.

Marquez in particular is regularly dictating pace from the front. Thanks to the world champion’s tactics of leading whenever he can in 2019 (he has led 119 laps more than the next best rider), as well as advancements from Michelin’s rear tyre compounds in 2019, those big-group tyre conservation races were only apparent in Qatar. “We changed the [rear] compounds, using this new technology,” said Michelin’s Piero Taramasso, Manager of Michelin’s two-wheel programme. “With it we gain in consistency and grip.”

As a result there is no time or occasion to conserve tyres when the lights go out. “When you have to do a fast race from the beginning to the end every bike is on the limit,” Dovizioso said on Sunday. “You have to use the tyre to be fast. That didn’t happen last year.” Cast your mind back to 2017 and four of Dovizioso’s six victories that year came when he wasn’t the fastest rider. Yet smoothness and consistency won out as the laps ticked by. At present two of his best weapons – tyre management and strategy – are being deemed unnecessary.

Little wonder his patience appears to be running thin. He has repeatedly complained of this issue throughout the past four years, but the problem remains. Dovizioso hasn’t been getting an easy ride in the Italian media in recent weeks. In Germany he was quick to snap at a question on whether he needs to be more aggressive to haul Marquez in. “I mean I started eleventh and I was sixth at the end of the first lap,” he said of his race at Assen. “A lot of people speak to me in this way, but they are wrong.”

And to an extent he’s right. At several rounds this year, his cause has appeared lost on a Saturday. But in Austin, Jerez, Mugello, Assen and the Sachsenring, he salvaged good points. Had it not been for Marquez’s dominance, we’d be talking about Dovizioso enjoying another fine year. The 33-year old has been in the top five at each race he’s finished. When up against the irresistible force that is Marc Marquez that is not enough. We should see Ducati back, fighting toward the front at the next two races. But to compete against Marquez for a full season, Dovizioso’s comments need to be heard. Otherwise a similar pattern to 2019 will rapidly emerge.