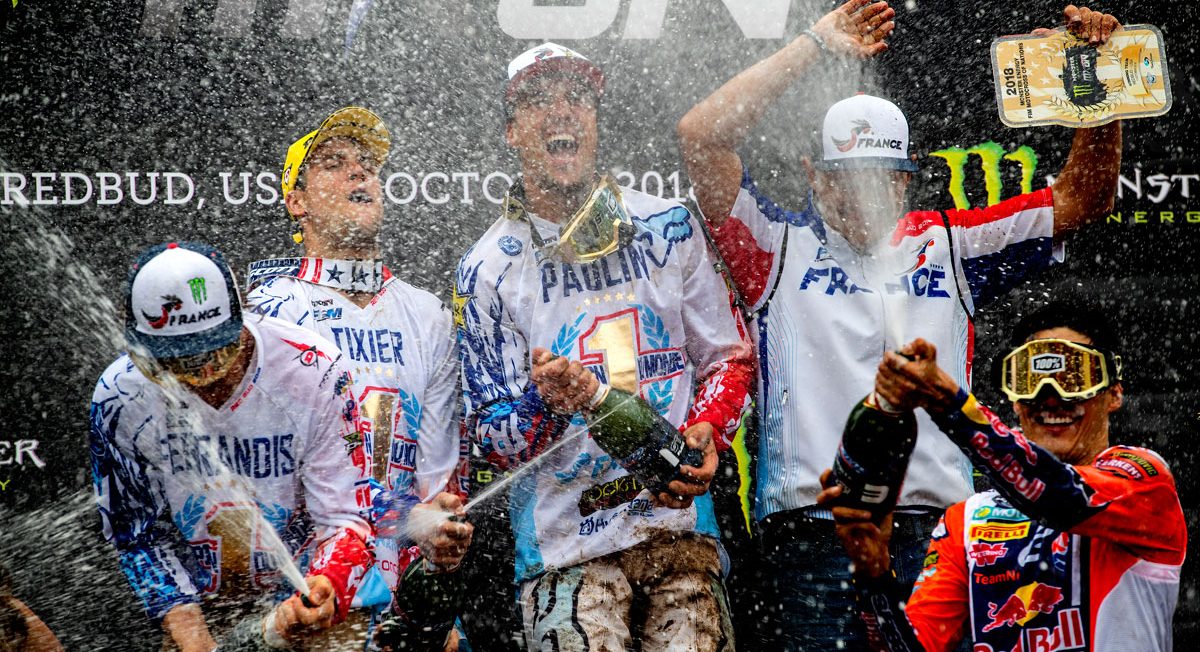 “I think it will be difficult for them”: Quartararo cautious on sixth consecutive Team France success at 2019 MXoN

The 21 year old Frenchman, who has climbed the MotoGP podium four times in his debut season, is a keen motocrosser and fan of MXGP and believes the odds are high against Gautier Paulin, Jordi Tixier and Maxime Renaux hoisting the Chamberlain trophy for the seventh time since 2001. The 73rd edition of the ‘MXoN’ is taking place on the temporary sandy track constructed across the famous Assen asphalt in northern Holland: the first visit to the country since 2004.

“I think it will be difficult for them,” the Petronas Yamaha Sepang Racing Team rider said exclusively. “We have seen that [Jeffrey] Herlings Herlings is back and [Glenn] Coldenhoff was going really fast at the end of the season. For sure we are pushing for Team France but I think Holland will be so fast there.”

Team France were again the source of more selection controversy when Red Bull KTM MX2 rookie Tom Vialle, who finished fourth in the FIM World Championship in his first season and also won the Grand Prix of Sweden, was ejected from the line-up by the French Federation over a dispute concerning advertising space on the official cap. His spot was filled by promising upcomer Maxime Renaux. “Renaux is good and ‘coming up’ but I think Vialle has a little bit more experience at the front and that’s important at these types of races,” Quaratararo offered.