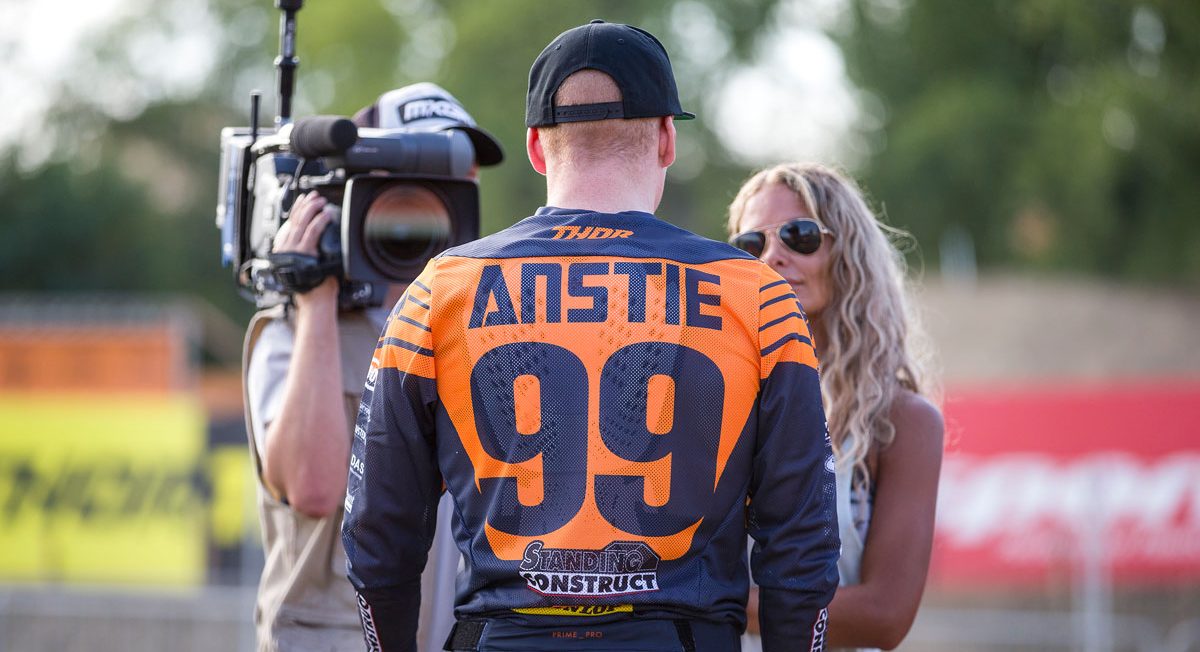 Britain’s Max Anstie could return to the confines of the Bike it Dixon Racing Team for 2020 and talks have been ongoing for several weeks as the former Grand Prix winner prepares for his upcoming wedding in the United States.

The 26 year old three-season runner in the MXGP class was left without a ride after his Standing Construct KTM team downsized from three to two representatives for 2020. Anstie was exploring options in the USA – where he was based for several years of his amateur career and first two terms as a Pro – but is also known to be interested in re-aligning with the Dixon crew, with whom he won MX2 Grands Prix in 2014 and 2015 – with strong Kawasaki support. Crucially Anstie can also relocate from Belgium to the UK and DRT are based close to #99’s hometown.

The manufacturer is keen for competitive British presence for 2020 and to maintain the run of national title competitiveness established by Tommy Searle for the last two years. The decisive factor could be budget from Kawasaki Europe and the organisation of their road racing programme after yet another successful season in WorldSBK with Jonathan Rea.

Dixon confirmed that both parties have been in discussions and a decision over the contract could be made in the next week. DRT already have WMX World Champion Courtney Duncan for 2020 and another rider signed that can be announced at the end of November.

Anstie has also been linked to Jacky Martens’ new MXGP team but the Belgian has yet to release details of the brand and support for 2020.