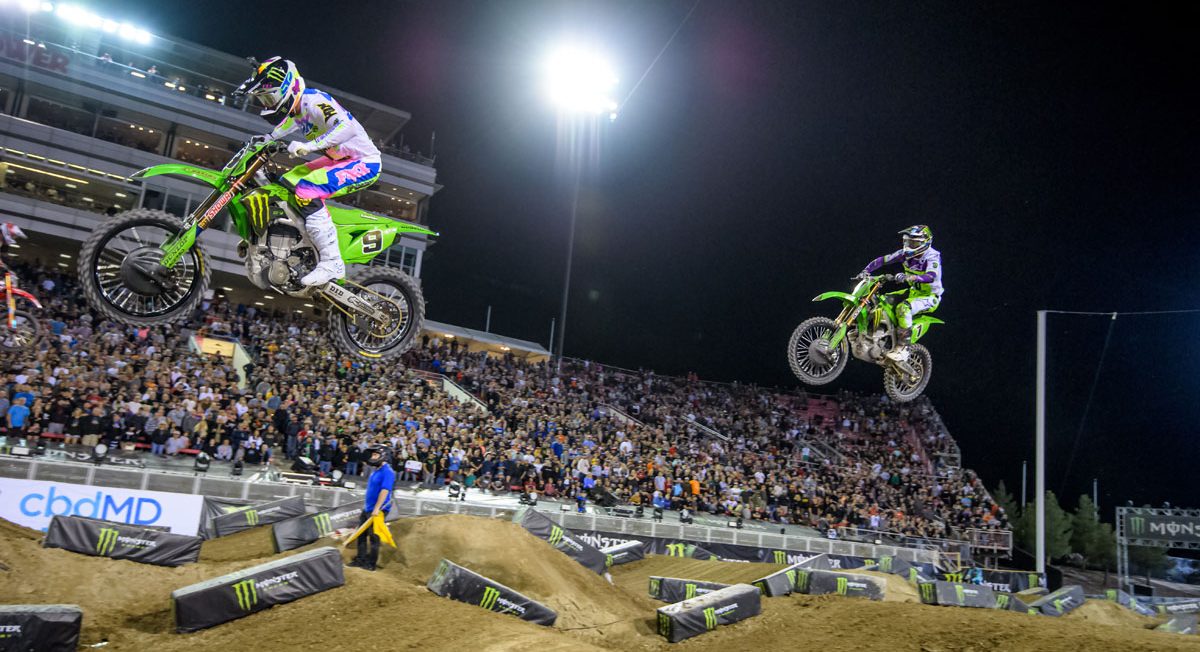 The ninth edition of the Monster Energy Cup – the motorcycle race with the biggest win bonus in the world – saw the annual fixture owned by 450 class ‘rookie’ Adam Cianciarulo. The new Monster Energy Kawasaki recruit eased some of the pain of his 2019 250SX West title loss at the Sam Boyd stadium five months previously by pocketing a 100,000 dollar cheque with 2-2-1 scores to place ahead of teammate Eli Tomac (last year’s millionaire victor and one of three Heat winners on the night together with Motoconcepts Malcolm Stewart).

Cianciarulo’s link with the Sam Boyd stretches back further. It was at the inaugural ‘MEC’ where he debuted in the 250 Amateur All-Stars category. He emboldened his credentials for the 2020 450SX campaign (which will be the Floridian’s longest ever racing season after many trials and tribulations in the 250 division since turning Pro) even if the 2019 edition of the race that many teams use as testing for Anaheim 1 lacked some of the big hitters such as Red Bull KTM and the majority of the Rockstar Energy Husqvarna team.

The MEC was notable for another variation on the track design with a layout that was reversed and a slower Joker Lane that also brought tactical decision-making into the mix. MXGP World Champion Tim Gajser gave a decent account of himself with fifth position overall and two top-five classifications in the final two heat races. Chad Reed posted two top ten results on a privateer Honda and there was bad news for Rockstar Energy Husqvarna’s Dean Wilson who suffered a dislocated hip only weeks after confirming another permanent deal with Bobby Hewitt’s crew. Former EMX European Championship rider Jett Lawrence supported some of the hype around his ability with a clear 1-1 in the ‘250 Futures’ class.

Before some of the partying started in Las Vegas the event was also the scene of the launch of the trailer for the third Monster Energy Supercross video game from Milestone (due for release in early February) and some other novelties.

Fly Racing unveiled some fresh colour – Coral – for their Lite racewear. The jersey features: laser-cut perforations help dissipate heat, zero-cuff arm openings with reinforced mesh gussets that provide unrestrictive mobility and a comfortable fit, mesh ventilation panels as part of a multi-panel construction for maximum performance and comfortable fit, a low profile multi-directional tagless mesh collar and an extended tail helps keep jersey tucked in. The Lite pants are seriously decent. Among a raft of specs they boast lightweight minimalist design,multi-directional stretch-rib panels for flexibility and mesh panels on back of knee and lower leg and, of course, the waist adjusting BOA ratchet system. The Lite gloves complete the set.

Also busy with a publicity push was Scott Sports with the new ‘Fury’ goggle. The American specialists have created the Fury to sit just under the flagship ‘Prospect’ model in their range. The Fury borrows the same massive field of vision, the specially engineered triple layer face foam and the innovative lens lock system for a slightly cheaper price than the Prospect – the choice of the majority of MXGP and Supercross racers for the brand. It can also be used with a standard or Scott’s fetching and effective light sensitive lens and it compatible with the formidable WFS50 roll-off system. 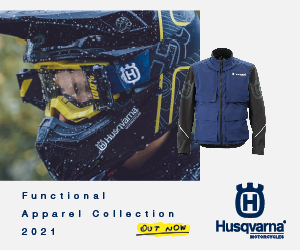 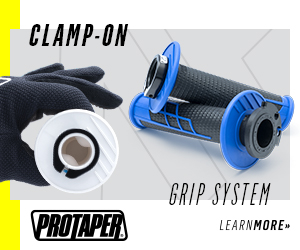