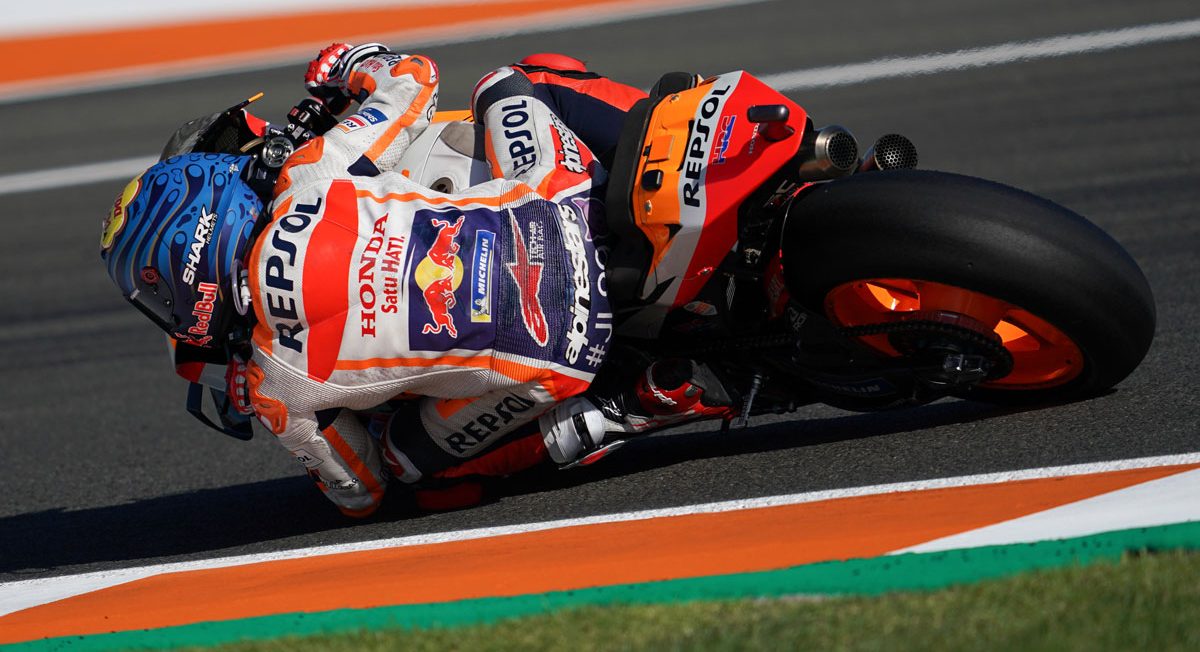 When the time has come

VNot every rider has the chance to achieve a world title and at the final round of the 2019 season we bid farewell to another MotoGP star who has etched his presence into the logbook of motorsport greats. Five-time World Champion Jorge Lorenzo has a long list of injuries not only from the last twelve months but over the course of his career. These include his recent T6 and T8 spinal fracture, two broken ankles, a broken left collarbone, loss of the end of his ring finger, broken scaphoid in his left wrist, rib fissure and bruised back, wrist, fingers and feet. He is still in his early thirties but the scars are not just physical but mental too.

Lorenzo like many others before him seems to have reached a point in his career where the damage has become unrepairable. During his press conference at Valencia on Thursday afternoon Lorenzo shed some light on his situation and how injuries have shifted priorities in life “When I started to see light in the tunnel after a nasty crash at the Montmeló test and then some days later in this ugly Assen crash, I must admit when I was rolling on the gravel and I stood up, I thought to myself, ‘Jorge is this really worth it…’ After what I achieved, I’m done with it, I don’t want to race anymore. The truth is from that moment the hill became so big and so high for me and I was not able to find the motivation, the patience to keep trying to climb this mountain”.

It is a bizarre feeling to watch a press conference from a person who has had their life mapped out since they were three years old with the goal of achieving a career in motorcycling to then all of a sudden (like a teenager leaving high school for the first time) hear them say they don’t know what they want to do next.

I think it is comforting when even the most successful people have the same curiosities as us ‘mortals’ and voice it publicly. “I have always said that life is not only about bikes, there are many things to do in life. We all work in this sport but billions of people are working in another. There are a lot of things to do in life. But, I didn’t think too much, I have some passions. I would like to do a long vacation in the winter and when I come back, start planning my next chapter”.

Riders who have retired before Lorenzo have experienced the same situation but over time opened new doors to stay in the sport…just in a new way. Giacomo Agostini who retired in 1977 worked as a team manager between 1982 to 1995 and won three 500cc titles, raced in Formula One, European Formula Two Series, British Aurora Formula One and to this day still appears at multiple rounds as a brand ambassador. Kenny Roberts retired in 1983 but was arguably just as influential. He constructed a motorbike with a three-cylinder, two-stroke engine and once the MotoGP class was introduced in 2002, he then continued to evolve his creations with a new five-cylinder motorbike. It is suggested that he didn’t particularly enjoy racing but he was captivated by the technical side of what makes a motorcycle improve.

Casey Stoner and Dani Pedrosa are among modern era racers whose retirement paths differed. Both disillusioned to a degree; mentally and physically but still drawn to the prospect of riding prototype machinery on the limit. Pedrosa went straight into orange after another operation. Stoner worked with Honda as their test rider for two years before joining Ducati as their development rider in 2016. He ended his involvement with the team at the end of 2018.

Life after MotoGP can fall back within paddocks walls. The most high profile rider I have heard of that works in another industry as well as motorsport is Mick Doohan. His body could no longer cope with the accidents he was sustaining so, at the end of the century and after his retirement, he founded a business that would focus on private jets and helicopters. In 2018 his company made a total of 1.8 billion US dollars.

Pedrosa’s retirement felt right, he hadn’t been super-competitive for a while but there is something about Lorenzo’s that feels premature: almost on par with Casey Stoner’s retirement in 2012 just not so surprising. Only a year ago he was winning races, three years ago he was third in the championship and a year prior to that he became World Champion for the fifth time. It makes you wonder who is next to hang up the leathers and with the new generation coming through will these newbies fill the shoes or generate new moulds?

Valentino Rossi, Andrea Dovizioso and Cal Crutchlow have played integral roles in this sport for years now but slowly, like Stoner, Pedrosa and now Lorenzo our much loved favourites are moving on and soon they could be following. Who will the next big competitors be? Will the audience evolve with the modern times or could we struggle to welcome the new budding talent without our already favourite riders? We know things never stop evolving and the same goes for this sport. However, we are creatures of habit and these disruptions can make things feel awfully distorted. I can’t be the only one who feels a little blue and slightly apprehensive with such big changes on the horizon. Will the Marquez brothers be the new theme of the show? Could Quartararo take Rossi’s seat in the years to come and some new kid slides into Crutchlow’s leathers? My guess is as good as yours. I just hope you stay along for the ride cause every legend was the new kid once.