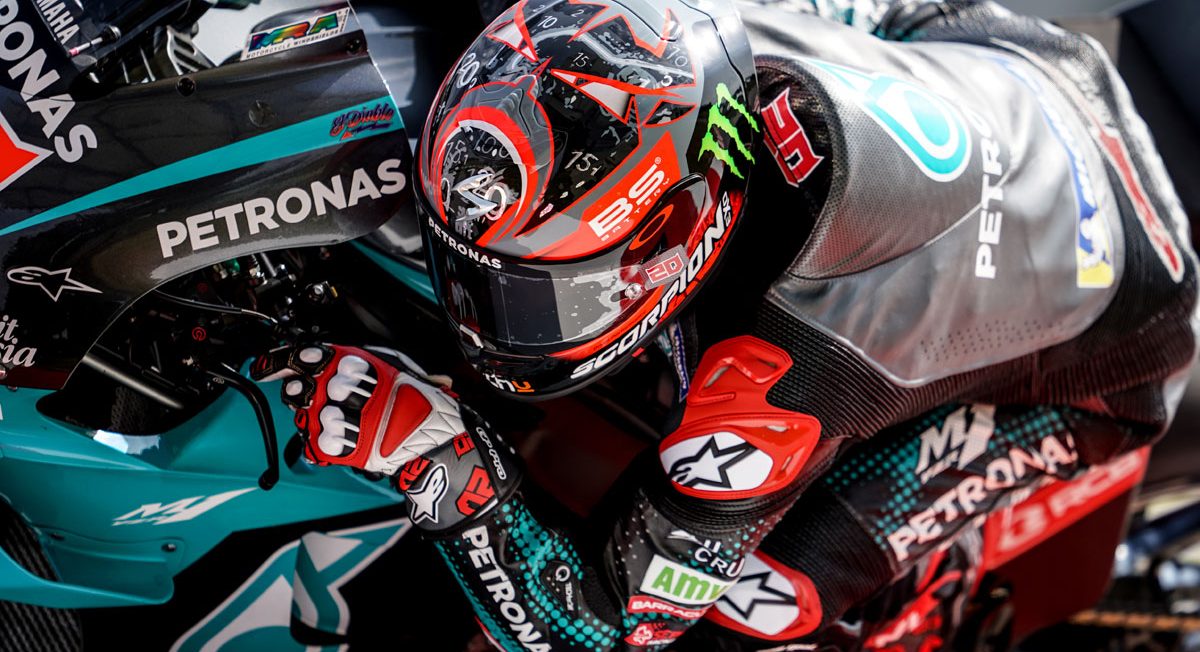 The three ‘turn-ups’ at Sepang

MotoGP testing is an odd affair. It is a time of enormous optimism for everyone involved as factories bring all the new ideas they worked on over the winter without the constant interruption of races, and riders return fresh and rested, and with some time to mull over and learn from the mistakes they made the previous season. Everything is possible…and having the highest of hopes seems entirely reasonable.

The three days of the Sepang MotoGP sessions usually manages to knock at least some of the stuffing out of those expectations. It turns out that the factories and riders who did well the year before were successful for a reason. The best riders in the world don’t generally lose any of their talent over the winter, and engineering advantages build up over periods of years, not months. The engineers who had brilliant ideas last year tend to have good ideas the next year as well.

That doesn’t mean other factories can’t catch up. Hard work can narrow the gap, and riders can improve. But there are rarely any magic bullets in MotoGP. Change can happen but the balance of power tends to shift slowly. Riders, factories, teams, tend to get a bit better, or a bit worse.

2020 does not feel like a normal year, however. The scent of revolution hangs in the air, as a cluster of radical changes have come to MotoGP all at once. It feels as if this year’s Sepang test is different.  There is a shake up on the cards, coming from a number of alternate directions.

The change with the biggest effect is the introduction of the 2020 rear Michelin tyre. The carcass of the tyre has morphed, creating more mechanical grip, which means the tyre doesn’t wear as badly, which in turn means Michelin can use slightly softer compounds. The change has meant that grip levels don’t drop as much as they did with the previous construction, making them more consistent over a long run: Michelin Race Manager Piero Taramasso explained to me that the tyres were also more consistent between the minor heat cycles of being removed and kept in tyre warmers between shorter runs.

Though the full width of the tyre offers more grip, it is the bikes which need more edge grip to carry corner speed which benefit directly. If you have more grip, and the grip is more consistent, then it’s easier to make use of that traction if the design of your bike relies on it. That means that Yamaha, Suzuki, and to a lesser extent Aprilia (but we will come to them later) don’t have to do anything much to their bikes to benefit. They get added performance for free, with no extra effort.

Does that mean that the new Michelins give Yamaha and Suzuki an unfair advantage? Not really. There is more grip in what is referred to as the traction area as well, the fat part of the tyre just off the edge where riders can start to apply the throttle and accelerate hard out of the corner. That will benefit the point-and-squirt bikes too, but more grip on exit needs more fine-tuning, more work to convert it into drive rather than wheelie.

The point-and-squirt bikes – the Honda, the Ducati, and the KTM – will also need to work on figuring out tyre management. How much grip is there to be turned into forward motion? How do the tyres react when used at their maximum? How does performance change over the twenty-odd laps of a race? Converting grip into drive also comes with risks. More grip from the rear means that it is easy to push the front at the first crack of the throttle, risking the front tyre washing out and the rider ending up in the gravel. Similarly, more grip from the rear can be converted into extra braking, using the engine to help slow the bike. This all needs a lot of work to find the right balance.

So yes, maybe the extra performance of the new Michelins helps the ‘corner speed bikes’ initially as they have less to figure out. But the point-and-squirt motorcycles will catch up quickly, no doubt. And because their gains are less immediately obvious, who knows how much the new tyres will end up helping?

The Michelin tyres are just one of a number of major changes seen at Sepang. The one which had everyone talking was the revolution inside Yamaha. The factory started off the season with a bang, three days of bombshell press releases announcing a new contract for Maverick Viñales, promotion into the factory squad for Fabio Quartararo, and as a consequence, Yamaha moving Valentino Rossi aside to make way for the young Frenchman. Then, as the icing on the cake, as the Yamaha PR put it, signing Jorge Lorenzo as test rider for Yamaha’s European test team.

Moving on from Valentino Rossi is truly a historic moment. Sure, Rossi will get full factory support from Yamaha wherever he wants to ride. But the decision to slide Rossi out of the factory team took courage; the risk of a backlash from the fans was huge. Fortunately, Quartararo is young, exciting, and more importantly, hasn’t beaten Rossi to a championship, and so is still beloved of the fans. For them, too, it was clear that Yamaha needed to secure their future.

These moves were really just the latest steps in a long process which has been going on for over a year and a half inside Yamaha. Change had already been coming before the nadir of Austria 2018, but the dismal results for Rossi and Viñales at Red Bull Ring kicked the process into a higher gear. Engineers were removed, and new ones were added, and the MotoGP project was given a more direct line to senior Yamaha management. The project was placed in the capable hands of Takahiro Sumi, a man not afraid of making decisions, I was told by someone who knows how he works.

The end result was the bike which made its debut at Valencia and Jerez last year, with a radically redesigned engine, which should offer more power while maintaining Yamaha’s excellent handling. That combining strong power and excellent agility is not impossible is evident from the Suzuki GSX-RR, a bike which almost matches the Honda and Ducati for top speed while still being able to ride rings around them,  almost literally. The chassis of the new Yamaha is as similar to the old Yamaha as possible, given that the old bike already turned pretty well.

The end result of Yamaha’s internal revolution is a success and it was plain to see. Fabio Quartararo was fastest on all three days of the test – his team are working on persuading him that championships are not won during qualifying, and that there is more to life than a single fast lap, and the Petronas Yamaha rider is coming to terms with that fact. But he is still young enough to be a vial of testosterone and is unable to resist the urge to dominate the timesheets.

Maverick Viñales is one step further along that process: on the final day, despite wanting to set a quick lap in the early morning, the Spaniard spent all day working on race pace. It paid off too: in the blistering heat of the middle of the day, when grip is at its worst, Viñales was doing a long run at a pace well under what anyone else could manage. The Monster Energy Yamaha rider is [again?] setting himself up as the man to beat when we arrive at Qatar.

Yamaha’s revolution has even sparked a revival for Valentino Rossi. If at the end of last year, he was starting to wonder if he had come to the end of his shelf life, by Sunday night, he was fired up once again. Rossi had finished fifth overall, just two tenths shy of the best time of Quartararo. “I’m happy about the fifth position and it’s a positive test,” Rossi said. “Like this, I like. It’s a big effort for sure but I was competitive so it’s positive.” The rewards were worth the effort.

The biggest revolution has come at Aprilia, however. The brand-new RS-GP, designed from the ground up with a 90° V4 engine, was deeply impressive on its very first outing. There are only two of the engines in existence, so the engineers were careful not to take too many risks with the new bike. That meant not doing too many laps in a row, and not pushing as hard in some places where the risk of a big and damaging crash was higher.

Bradley Smith mentioned to me that the riders had told Aprilia that there were three big problem areas. Aprilia have not only addressed those three areas, they’d also made improvements everywhere else as well. Aleix Espargaro, excitable at the best of times, was bursting with enthusiasm. “I didn’t really expect that with a bike as new as this, that I would be as competitive as I am, because even with 20 laps on the tyres, I can do 1’59s, it’s unbelievable how fast I was,” he said. He backed those words up with deeds on Sunday; finally allowed to do a long run, getting close to the pace of Maverick Viñales. He claimed he was ready to be on the podium. Once we might have dismissed those words. But after Sepang, I’m not so sure.

So, after this Sepang test, the optimism and excitement we felt before the bikes and riders met the cruel, harsh reality of the transponder-measured lap time remains. This isn’t going to be just a normal year in MotoGP. Change is coming. And that always makes it worth watching.