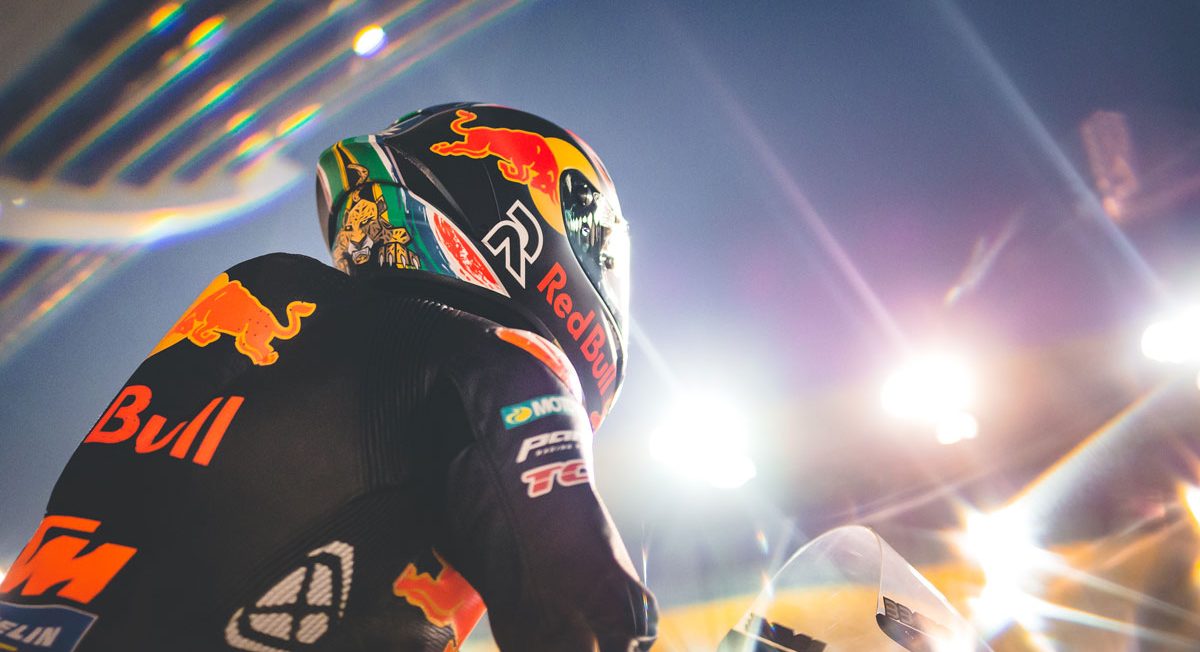 In an alternate universe, we’d be picking through the bones of the Thai Grand Prix this Tuesday. Fabio Quartararo is fresh from notching up his second win of the year, which has put some fresh daylight between him and Maverick Viñales. Injury has finally caught up with Marc Marquez, who already faces an uphill task to catch his young rival after settling for a solid sixth place.

As it is, many of us – and the racers included – have been inside for more than a week. No end is in sight as cases of Covid 19 escalate rapidly in Spain, the USA and the UK. The chances of any kind of motorsport commencing in the next two months is fanciful at best, delusional at worst. Racing has either been limited to our imaginations or computer game screens.

If Steve McQueen’s dictum that “racing is life, the rest is just waiting” rings true, then the current period of delay and uncertainty must amount to torture for the grand prix community, mostly entering a phase of homebound delirium. “Staying at home is hard,” admitted Fabio Quartararo to Sky Italia, adding: “I’m going crazy.”

It’s doubtful he is alone. The modern day grand prix rider rarely has time to stand still. Holidays across a season last a fortnight or less. Travelling to events, sponsorship and media engagements, racing and training take up nearly all of the rest. The current situation, therefore, is alien to athletes, who – like many of us – have an unexpected amount of idle time to whittle down.

Some have been relatively fortunate. Jack Miller’s Instagram was awash with shots of the Australian star on a motocross track in Australia. But those situated in Italy and Spain, areas currently hit hardest in Europe, the current lockdown restricts all on-bike activity. Thus Marc Marquez finds refuge in dog walking. Remy Gardner continues to do-up old bangers in his garage. And former Moto3 champion Jorge Martin has begun re-watching old Formula1 seasons to add structure to his day.

There are trips to the gym. For Marquez, in hard-hit northern Catalonia he drives there alone before returning home to comply with recent government decrees. Others, like Madrid-based Moto3 contender Raul Fernandez, have got creative with a stay at home routine. “I am not a MotoGP rider with an indoor gym,” he told Motociclismo’s Jesus Lazaro. ”After breakfast I start a yoga class on YouTube, because it helps me to gain flexibility. Then I do an hour and a half of TRX with my brother, playing with our own weight instead of with weights or machines. And after eating I do cardio, stationary bike and jump rope.”

These weeks offer up a chance on contemplation for the grids more cerebral riders. Andrea Dovizioso, for example, he has used his free time to reflect on his future approach. “ These are difficult weeks which make you understand many things,” he recently told Sky Italia. “We are used to having a life that’s so busy and in that you miss some important aspects. When you have all this time if you think about it, you clarify your ideas a little. We can see this as the positive side of this situation.”

Some, like Valentino Rossi and Francesco Bagnaia, have given sizable donations to the understaffed and under-equipped medical units in their respective parts of Italy. This indefinite delay will, of course, have ramifications for the elder Italian’s decision on whether to continue racing beyond 2020.

“I was hoping to have some races to decide whether to continue or not and it is a choice that I will have to make later in the second part of the season when it starts,” he told Sky Italia. “I always need some races to understand how competitive I am and that is the key.” Chances of that happening by the summer now seem greatly diminished.

Too much time to train can also carry its hazards, as Maverick Viñales recently proved. His motocross spill on the 12th March led to an overnight stay in hospital and a fairly substantial scare. These kinds of incident now appear less likely with lockdowns now firmly in place across Western Europe.

Does anyone come out of this current crisis engulfing the world with any positives? There were several riders coming into this campaign still some way off their physical peak. Marc Marquez was one of those after an operation Takaaki Nakagami declared himself operating at “70 percent” of his physical capabilities at the close of the final preseason test after surgery corrected a right shoulder injury last November. Likewise Miguel Oliveira was another, who to ease his way through winter testing after a similar procedure on his left shoulder.

As we understand, there is a very slim chance of any on-track action occurring before June. These walking wounded therefore could enjoy an added two and a half months of rehabilitation to get back to their best before MotoGP’s first race, wherever – and whenever – that may be. Those planning on a slow start to Marquez’s title defence have more than likely found their hopes dashed by force majeure.

In a way this crisis shows racers are really just like the rest of us. Until we see a significant way out of this woods, it’s about staying safe and healthy, maintaining a responsible routine and managing the boredom.