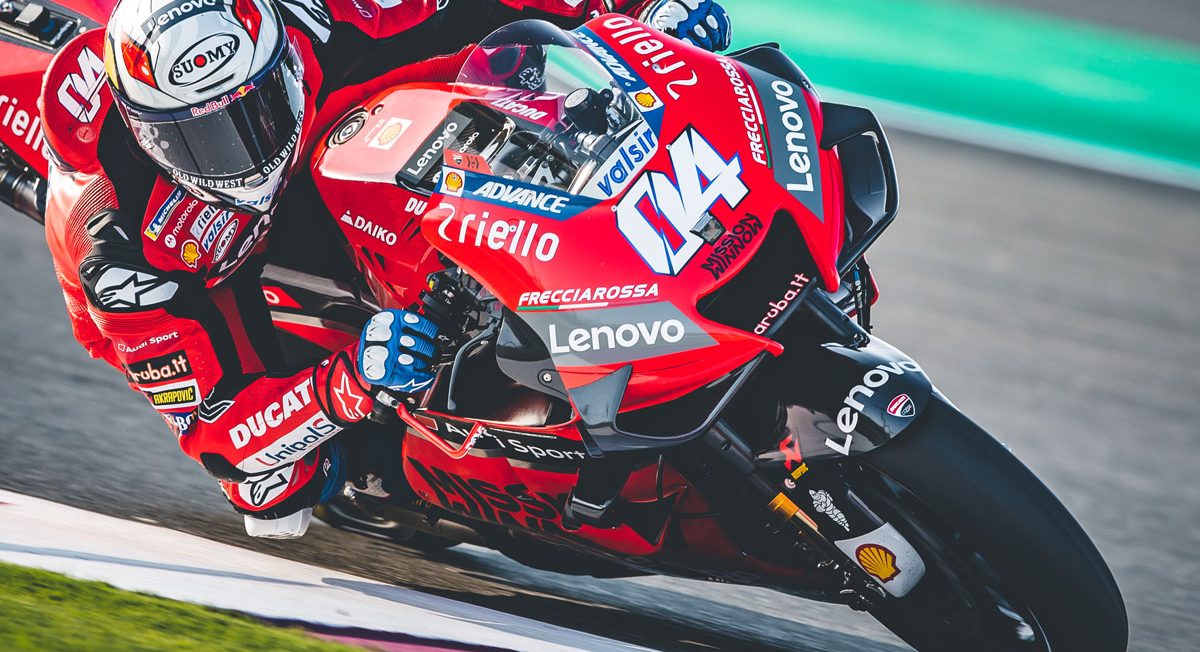 An Undaunted Look at Pain and Frustration in MotoGP

Is the ‘Andrea Dovizioso: Undaunted’ documentary one of the very best to have emerged from MotoGP? Neil Morrison thinks so and explains why in his latest Blog

A very minor upside to a global pandemic and the impending economic depression that will accompany it is the time to catch up. For years now my phone has been filled with lists titled ‘Read’ or ‘Watch’. Somewhere on the latter was Andrea Dovizioso: Undaunted, an hour-long documentary on the Italian and Ducati’s failure to match Marc Marquez throughout 2019.

I’ll be honest: it didn’t feature highly on my list of priorities. Being a Red Bull Media production (one of Dovizioso’s personal sponsors is the Austrian energy drink giant), I discerned this was a smiley PR exercise to keep the sponsors happy. Having watched it during the recent lull in action I couldn’t have been more wrong. While not exactly perfect, Undaunted is a pretty gripping tale of doubt, angst and frustration at the highest level of the sport.

For a start it seems odd that Dovizioso gave the OK on a warts-and-all documentary on his recent trials and tribulations. An introvert who keeps a low profile and loathes any peers pursuing cheap publicity, the 34-year old doesn’t strike you as a figure willing the court the camera. But as he outlines from the beginning, “the good thing that comes from making a documentary like this is it shows much more of the pain that is behind MotoGP.”

So that’s what we’re treated to: pain. Anyone familiar with similar sporting documentaries recently aired on Netflix and Amazon Prime will be aware it is this sensation that drives a captivating narrative, rather than unabashed success. And there was plenty of that in the Ducati garage in 2019. Even in the aftermath his brilliant race win in Qatar, Dovizioso can be seen offering his team a stern warning. “Fuck, I’m pessimistic,” he says. “It’s not only Marc that’s faster. It’s the others.”

Considering how Ducati backer Phillip Morris keeps a close eye on brand image and media access, there is an impressive amount of behind the scenes footage captured by Italian director Paolo Novelli. It doesn’t shy away from conflict. And not only that; Undaunted goes some way to explaining the finer details of the dynamics within the Ducati’s garage once the shutters descend.

It has long been rumoured, for example, that Dovizioso and Gigi Dall’Igna do not see eye to eye. That’s in plain sight here, with the factory’s technical wizard explaining to the camera how he’d “like to see [Andrea] more instinctive and less thoughtful in some race situations.” At times Dall’Igna can be seen looking on disconsolately, wearily even as his rider stresses those well-known negatives of his Ducati hardware.

The most telling part of the film comes at last year’s Spanish Grand Prix. Having stalked Maverick Viñales in the final laps, Dovizioso opts out of a risky move, instead settling for fourth. On the surface a good result at a track Andrea doesn’t love. But rather than receiving a warm welcome in the garage, there is a sea of forlorn faces mystified by his lack of bite. Why didn’t he at least attempt a late move on Viñales, he’s asked. “I was losing time in many corners,” comes the response. But the inquest doesn’t end there. Soon Dovizioso loses his air of assurance as he sheepishly defends his actions.

It’s here you come to understand the weight of expectation and pressure that is forever on these riders’ shoulders, their every move and decision being picked through and critiqued in minute detail. Soon Dovizioso acknowledges, “I should have tried it.” And so the film shows the rider – and team – grappling with his thoughtful, and perhaps overly cautious, nature. Can he not, as company CEO Claudio Domenicali asks, occasionally add “that touch of madness that ‘Ducatisti’ would appreciate?” An earlier shot from Qatar shows Andrea asking the filmmaker, ‘does the camera get spoilt?’ before dousing him – and it – in champagne. Even in moments of elation, Dovizioso thinks before acting.

There are other interesting observations. We learn, for example, exactly what Dovizioso thought of Danilo Petrucci’s turn one move that denied him a famous home victory at Mugello (“What pisses me off is he entered the corner without worrying. [That] shows you don’t care what happens to the others,” he tells a close group of confidants). Dovizioso is thoughtful and measured when talking to the press. But we see him petulantly throwing time sheets away in disgust and receiving stern instructions from personal manager Simone Batistella to calm it all down. Here is a title challenge unravelling before our eyes.

His vulnerability is on display, too, particularly when addressing the issue of whether he is getting the absolute most from his machine. “It’s annoying. Very annoying,” he tells Batistella, referring to “some people at Ducati,” fans and other riders who believe he should be performing at a higher level. No matter how hard he tries to hide it, you see his human side. Criticism still stings.

It’s not only the drama that delivers; there are real artistic flourishes here (Andrea preparing his leathers on the morning of his home GP to the tune of Il Canto degli Italiani is a particular highlight). Its pace doesn’t relent, and the final product is impressive in how rigorously it’s been edited. No corny music, conflated sound effects or cheesy musings on life are to be seen or heard, a relief after watching Formula One’s watchable but rarely inspiring Netflix series Drive to Survive.

Still, Undaunted is not quite perfect. Yes, the level of intimacy is a pleasant surprise. But it leaves you wanting more. At just 57 minutes in length you feel there is at least half an hour of footage worth showing. Where is the footage from Le Mans, where Dall’Igna told reporters “we had the bike to win” after his riders finished second and third? Or why was Misano – the scene of Ducati’s season nadir – left out completely? The viewer is left to ponder many of the scenes no doubt left of the editing floor.

Even considering this, Undaunted remains a punchy, razor sharp look at the strains placed on those at the highest level of this sport. If you’re even a passing fan, seek it out on the internet, where it can be viewed for free. A handful of Dorna’s recent productions (in particular Jorge Lorenzo Guerrero and From Cervera to Tokyo) have been first class. But this stands above them all. It’s hard to recall any film on MotoGP as insightful as this.

Watch the film by clicking HERE