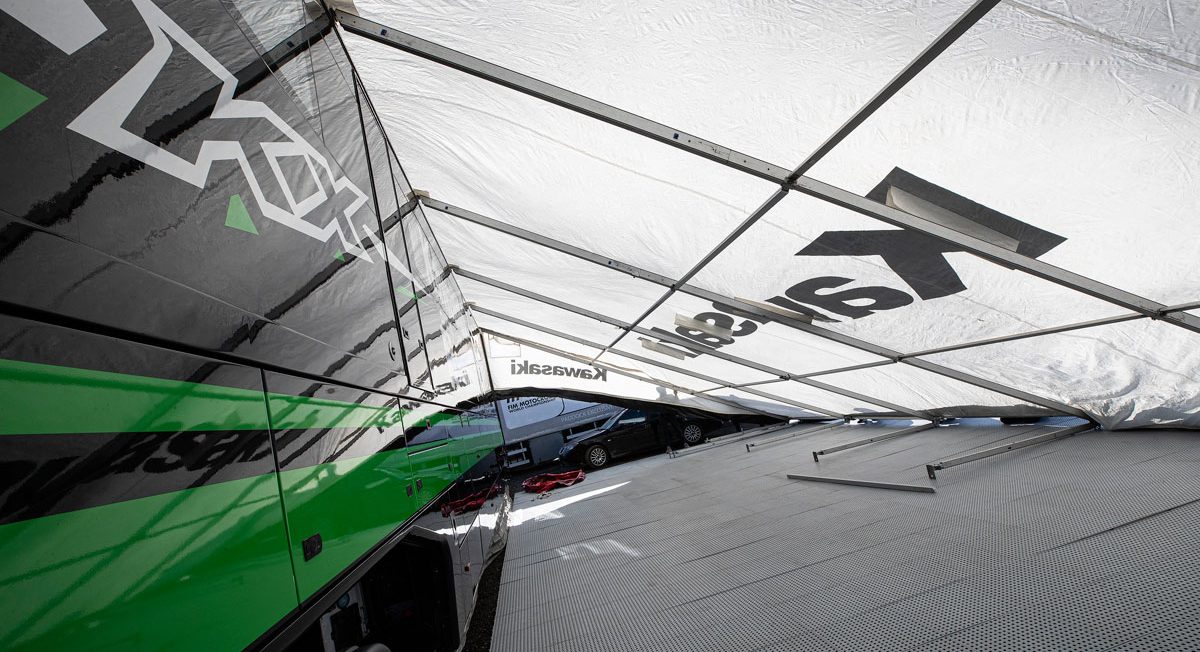 How will Grand Prix teams weather this very unstable climate with potentially dark clouds gathering on the horizon? We asked a few owners about 2020 and 2021 to gauge a feeling for the current malaise in MXGP

No racing, no travel, no outlay but also no results, no promotion, no momentum of competition. Grand Prix often lives in its own little box. For example, the vast limitations of the financial crisis of the previous decade were not always evident from the outside; teams existed, riders raced, events happened, and the calendar expanded from fifteen to seventeen dates only five years later. But even racing cannot withstand the widespread ‘halt’ that has affected global society. It proves that while spectator attendances may have been dwindling for the majority of sports (or it has been much harder for promoters to entice, maintain or increase numbers) they are still very much the lifeblood for the businesses that make the contest and entertainment happen in the first place.

Companies in racing are preparing and stumbling towards the resumption of championships. Even if promoters were able to have the luxury of staging a Grand Prix behind locked doors they would first need international travel opened to ensure presence in the gate and then try and preserve the health of the skeletal crews operating at the event. It’s a vast sliding puzzle; even without consideration of fans and public.

Like many firms and businesses race teams have downed tools. Riders cannot (and shouldn’t) be practicing thus no basic maintenance and everybody is twiddling thumbs. While other companies and industries can plan for a re-opening date with a new work protocol this contingency doesn’t exist for Grand Prix squads that have to be ready to begin training and travelling at a moment’s notice and despite constant postponements. For instance, only last week teams were advised that championship freight movers, Sel, would be picking up race fuel to ship to Russia for the ‘third’ round of the series on June 6-7 even though some European countries will have their border sealed until early-mid May and large public events are being forbidden until the end of the summer in several territories. If visas and travel to the Black Sea can somehow be hastily arranged then MXGP has to be ready to race in the perpetual effort to create a championship, save agreements and jobs.

Again, like other ventures, teams have outgoings – mainly wages and general running costs but also contracts for things like suspensions services – but with every free weekend that passes the likelihood of keeping their sponsorship and income becomes less and less. “Some sponsors already stopped paying the invoices due and some already asked for a reduction on the 2020 contract,” one owner of an MXGP factory outfit wrote to us. “The situation is really worrying because this will generate a loss of income for the teams and without budget they will not be able to continue with the championship when this will resume.”

“One significant sponsor was due to make another payment instalment last week but I received a call from their MD that morally he couldn’t make any future payments until things improved as he was paying-off staff,” another team principal in the MX2 class commented. “As we have had a long-term relationship with many of our sponsors, we have to always work with them. A problem may arise when/if the season restarts again we find we are in a cash flow situation if the sponsor hasn’t/can’t pay.”

I know of a few teams that looked on with interest at Dorna’s announcement earlier this month that the Spanish rights-holders to MotoGP would be assisting Moto2 and Moto3 squads financially to help ensure their survival. MXGP and Infront Motor Racing simply doesn’t have the depth of resources (TV money and advertising) to implement the same initiative. Although, some shrewd diplomacy and constant dialogue between the two groups – whom have frequently butted heads in the past about fees and the length and spread of the calendar – would be timelier than ever.

Accusing Infront Motor Racing of only prioritising their pockets at this time is pointless. IMR could have flogged MXGP and left long ago if they just wanted to make a buck and then sip cocktails elsewhere. Instead they tackle an annual headache of organisation. They struggle to keep half the people happy for half the time whatever they do, wherever MXGP goes or whatever track is raced. “I think it would be difficult for them to look after us, maybe they could waive the team fees and give them back but I guess it would be a huge dent to their income and they still have costs too,” said another team manager. “I think if we limit the races to 10 it will save a huge amount of teams whilst securing them for a solid 2021 season.”

Now, especially, this is the time to unite strongly with the OAT teams and to find common ground in the interests of preservation. We’ll never really know the business state of racing for various parties until there is a radically visual sign, such as a team not appearing in the gate for a round (or rounds) or a cull of staff that ends up diminishing the potential of the series.

Quite rightly there is a force of optimism to get a championship in the books. Even if it means an autumn/winter set of races and minimal downtime before 2021 can start to take a shape resembling something like normality (and that’s assuming COVID-19 can be kept under control). Teams are suggesting a much smaller 2020 schedule without overseas trips although the Indonesian double-header is likely to find better climate conditions than Europe for a date in, say, December.

But, of course, the most frustrating thing is the large question mark hanging over much of MXGP. It’s only natural that teams are starting to worry about their status and future during a predicament they have never faced before. The make-up of the team ‘fabric’ in the paddock is a convoluted mix of wealthy benefactors, passion projects, shoestring operations dependent on every incoming euro, slick factory-backed efforts and others that are carefully and economically managed. As April turns to May and May will quickly feed into June it is also the time of year when contracts and perspectives for 2021 will be set: how can any of that predictive thought happen when wheels have yet to turn for 2020? “This [2021] will be the real test for ALL Teams in the paddock,” we were told. “Sponsorship will be at a premium for 2021 for factory and private teams. For the sport, if teams don’t survive, then riders can’t compete, and championships will be diminished. Now is the time for everyone to tighten their belts after many years of increased costs to compete at the highest level.”

“The biggest worry is that some manufacturers could decide not to take part to the 2021 championship, and this will be definitely the end for many teams,” stated another.

The determination by IMR to get a season safely running, results posted and obligations fulfilled is the first objective. Until a picture of 2020 appears then it means other doubts cannot be addressed, such as the polemic MX2 23 age limit restriction. Should riders who are about to age out in 2020 be given another year? Is it time to review and extend the ruling and perhaps use the current upheaval to extend it to 25? This wouldn’t be a bad move, considering the number of 30-something riders in the MXGP category and the notion that riders are lengthening careers and could reach their peak at a later stage. It would apply more breathing room to MX2 and attach more significance to EMX250 (why rush to get into Grand Prix when you have more development time in MX2 and can only consider the premier class and the few saddles available when you are fully ready to do so?).

There is little in the way of answers or assurances…but I hope Grand Prix and teams (and even other groups like the humble media corps) can push through the mire.