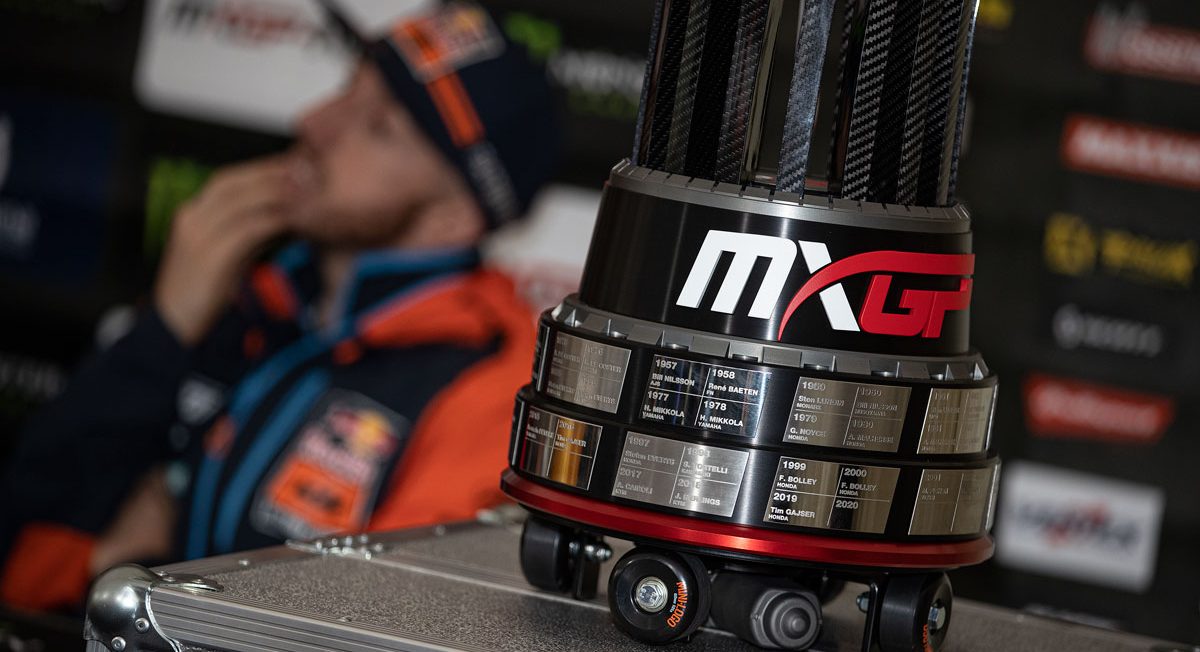 When Infront Motor Racing recently contacted Grand Prix teams with a message of reassurance and several suggestions for making the FIM world championship easier to achieve in 2020 they demonstrated flexibility. As is the case with many sports, restarting and then finishing the existing campaign is a desperate goal to pay invoices and to achieve a degree of normality ahead of the next one. One of their proposals to make what could be a busy autumn/winter schedule simpler and cheaper involved a scheme that has been talked about before (but was swiftly dismissed) – single day Grands Prix – while the other was more fanciful and potentially more complicated: awarding world championship points at the Motocross of Nations.

When it comes to pushing MXGP to solely Sundays (which could be the case for all European fixtures, meaning the trips to China, Indonesia and Argentina will be all-weekenders) then the reasons are two-fold: savings and logistics. The same motivations hovered around the paddock in the past, when teams were looking to offset rising costs to complete a full series that has risen from 15 to 20 events in eight years. Practice, timed practice and two motos on Sundays would mean following a similar format to the Lucas Oil AMA Pro Nationals (that have been run on Saturdays for the last eleven years) and signify a day less of travel expenses. The notion was understandably dismissed by Infront on the grounds that ticketing potential for the clubs, circuits and organisers that stage Grands Prix would take a substantial hit. MXGPs mean more than three days of implementing infrastructure, security and provisions but venues make money from weekend and camping entry fees. They also cited tradition. President Giuseppe Luongo had stated that GPs have always been two-day affairs and would remain so for the foreseeable.

Racing for one-day provided relief for the teams and marginally less wear on parts. For the riders it was even more beneficial. The rise of support classes at GPs in the last decade meant more and more track sessions, sometimes running from as early as 07.00 and culminating past 18.00. MXGP and MX2 runners would often have large gaps between practice sessions and would deal with oddly shaped terrain and lines as a consequence of fielding 65, 85, EMX125, EMX250, WMX, Veterans and Yamaha YZ Cup races. Saturday’s Qualification Heat race offered good value to the trackside spectator as a way of determining the order of the gate on Sunday but was seen as another risky episode; hiking the amount of starts from 40 to 60 in a season. It lost even more relevance when the metal floor mesh became standard practice in MXGP from 2016.

Infront have not been shy or reluctant towards change or experimentation. The tried the Superfinal concept for the flyaways GPs in 2013 (it was shelved after the confusion in determining overall classifications and the concerns over speed and jump-clearance between 250 and 450cc machinery). They also trimmed the lengthy forty-minute GP motos (35 minutes+2 laps) down to thirty-five (30 minutes+2 laps), although their rigidity over modification to the polemic 23 age limit for the MX2 class has stayed firm and the ruling remains one of Grand Prix’s most controversial pillars.

The one-day shift for 2020 comes through necessity, and Infront were quick to state it was solely for this year. Seeing as GPs cannot be run without an attendance – some countries have already blocked public events until September – then the need to get teams into facilities, the motos run and registered and everybody out and onto the next circuit as quickly and easily as possible becomes paramount. And that’s without any Health and Safety protocol considered. Persuading authorities to permit large gatherings for one day as opposed to two might help with any red tape; even though full EMX and WMX programmes are planned for Saturdays.

I’ve blogged several times before about MXGP and EMX splitting their timetables in a weekend. Small details – such as varying track maintenance and layout between the kids of EMX and the elite of MXGP – is just one example of how the distinction could work (currently impossible with all the classes mixed). There is also the potential use of Saturday as a ‘promo’ or ‘fan’ day where the GP riders could be put to use by sponsors and partners that arguably now need more return on their investment than simply a hurried 15 minute autograph period wedged into the schedule.

MX Sports had their hand pulled towards the one-day itinerary for the Nationals through the relentlessness of supercross. MXGP does not have that looming shadow and there is more room for manoeuvre.

The big question is whether the fans want it. A quick skim through reactions on social media reveals that many who attend MXGP are very much in favour of seeing MX2 and MXGP on track for both days. This feedback means a hefty nail in the concept for the future, even if European spectators will probably have to endure one-dayers in 2020. Those who would eagerly like to see MXGP revert to just Sundays beyond 2020 would do well to mobilise when (if?) the chance emerges to test the timetable this season. If the show is undiminished and circuit weekend visitors feel they still get value for money (through more fan activations) then their slimming argument could still be strong and MXGP might still have an alternative blueprint.