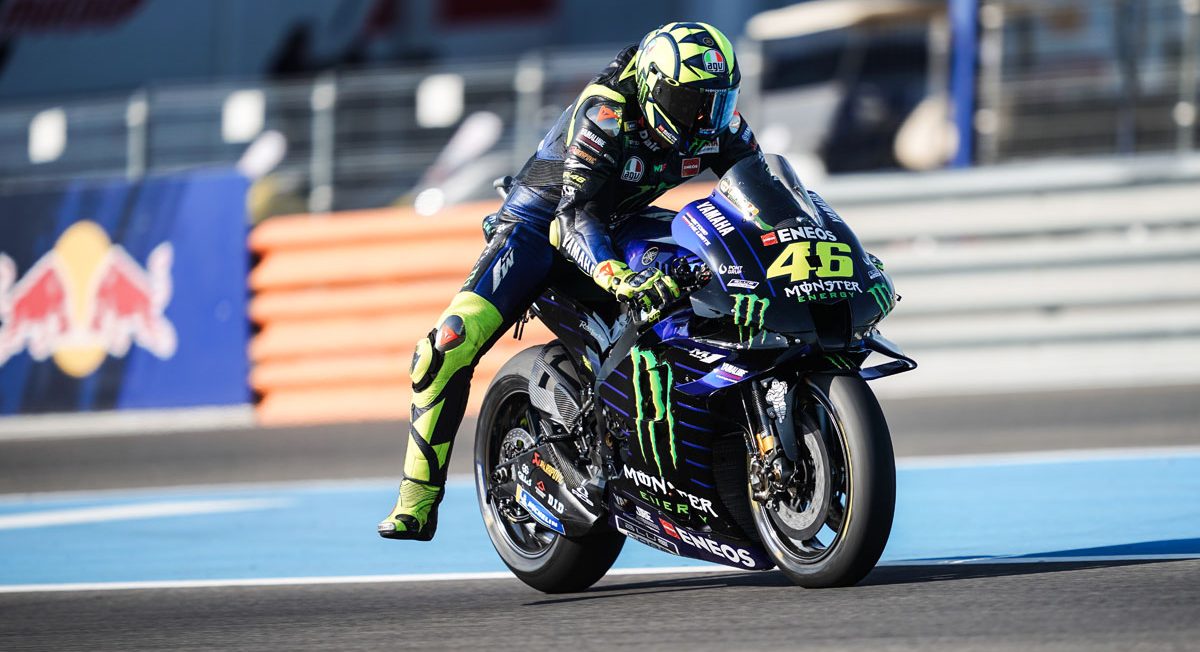 The fragility of hope?

Yamaha should be on top of the world. After three seasons in the wilderness, the factory from Iwata in Japan is back in dominant form. At the beginning of the year, they bet on youth for the future of their MotoGP project, signing Maverick Viñales and Fabio Quartararo to race for the factory team in 2021 and 2022. After the first two races of the pandemic-stricken 2020 MotoGP season, the riders are sitting one and two in the championship, Quartararo and Viñales finishing first and second in both races at Jerez. The future has arrived early.

There is so much more for Yamaha to be happy about. A year of experience has given Franco Morbidelli the competitiveness he showed in Moto2, but lost in his year on the Honda, when the Marc VDS MotoGP project collapsed. With Morbidelli up to speed and in the Petronas Yamaha SRT team – without doubt the strongest satellite squad in MotoGP – Yamaha have an extra weapon in the battle for the manufacturers championship.

And, of course, Valentino Rossi. After 15 months off the podium, Yamaha finally let him go back to an old bike setup they had discarded, and it immediately gave the veteran warhorse the confidence in his M1 to be competitive again. With his new, old bike geometry, Rossi was back on the box once again, finishing third in the Gran Premio de Andalucia, the second race at Jerez. That gave Yamaha its first clean sweep of the podium since Phillip Island 2014, when Tech3’s Bradley Smith joined Rossi and Jorge Lorenzo on the rostrum.

It has been a remarkable turnaround. Yamaha entered a decline after the controversial 2015 season, when Jorge Lorenzo and Valentino Rossi took the championship down to the wire in Valencia. The factory’s fortunes waned year on year, reaching a nadir in 2018, when MotoGP project leader Kouji Tsuya came to Valentino Rossi’s media debrief after qualifying in Austria to apologise to the riders for giving them an uncompetitive bike. A massive reorganisation followed, with new engineers brought and Tsuya replaced. The start of the 2020 season is proof Yamaha have succeeded, with a much-redesigned bike winning the first two races in the hands of the most exciting youngster in MotoGP.

So, Yamaha should be jubilant, right? Well, they are, but there is also much cause for concern. During FP3 at the first round of the season, Maverick Viñales heard a strange noise from his engine at the end of the back straight and pulled straight into the pits. During the race, Valentino Rossi pulled over on the front straight after his dashboard lit up with red warning lights. A week later, in exactly the same place, Franco Morbidelli was forced to pull over when his M1 lost power and wouldn’t rev as he shifted into fourth gear on the front straight.

Viñales’ and Rossi’s engines were sent back to Japan for inspection, to try to understand the cause for the failure. It proved more difficult than feared, Yamaha being forced to break the seals, which meant withdrawing them from the allocation. Instead of five engines for thirteen races, Rossi and Viñales were left with four engines for twelve races. Furthermore, Yamaha shelved the engines used by all four riders at the first race, giving them all new motors for the second race at Jerez. One of those motors then stopped working when Morbidelli pulled over.

With Brno’s famous Horsepower Hill coming up, followed by the Red Bull Ring, the fast track on the calendar, Yamaha could be in trouble. If the issue is a mechanical weakness, the stress imposed by being run at maximum load could cause more breakages at the next three races. Yamaha’s dominance of the standings could evaporate as quickly as engine coolant in Jerez’ insane heat.

Is Yamaha’s issue mechanical, though? There are signs it might not be. Three Yamahas may have suffered problems, but none of them did so in an obviously mechanical way. There was no smoke from the back of the bike like happened to Pecco Bagnaia’s Ducati GP20. And only Rossi’s bike actually cut out: the engines on both Viñales and Morbidelli’s kept running, though the power was gone.

That points to an internal sensor failing, forcing the ECU to intervene to stop the engine from going bang. On the one hand, that is good news, as it means the engine is basically sound. On the other, if it is internal and behind the seals, then they won’t be allowed to change it without the blessing of the other manufacturers.

All this must weigh on the Yamaha riders’ minds. Franco Morbidelli denied that it did, telling us after the race, “I just worry about the things I can control. This is a thing I cannot control.” But if Fabio Quartararo finds himself at the bottom of Horsepower Hill at Brno with the Ducati of Andrea Dovizioso breathing down his neck, will he nervously glance at his dashboard and fear seeing the flash of a warning light?

For the first time since 2015, Yamaha are finally back at the top of the MotoGP championship. But the engine allocation lists make their position look worryingly precarious. We have endless admiration for the athletes in MotoGP. But it remains a mechanical sport.