It would be easy to write 2020 off as a total disaster for HRC. In the absence of Marc Marquez the most successful manufacturer in premier class history languishes behind Yamaha, Ducati, KTM and Suzuki in the Constructor’s standings. Repsol Honda, the squad that prides itself on winning each of the past three triple crowns, is ninth in the Team Championship. Only Esponsorama Ducati and Aprilia Team Gresini have less points.

But numbers aren’t everything. To view the season thus would be to grossly overlook the efforts of Alex Marquez, the latest new name to grab the headlines in this exceedingly strange and unpredictable year. The reigning Moto2 world champ became the 15th different rider to climb the premier class podium in 2020 with an astonishing second place at the French Grand Prix. And it would be no wild exaggeration to say it was as impressive as anything we have seen from the ‘new guard’ that have lit up this year.

The reigning Moto2 champion passed 16 riders in an epic ride through the field from 18th to 2nd. The younger Marquez had just 45 minutes in Friday morning’s wet FP1 to understand how to brake smoother, altering his body movements and feather the throttle on a 260bhp machine when the track was sodden. Yes, Alex had little to lose, but compare his performance to title contenders Fabio Quartararo and Joan Mir, both going through it for the first time as well.

It brought to mind his older brother’s first MotoGP race in the rain at this very circuit back in 2013. Marc had never ridden a 280bhp machine with wets prior to that typically dark, damp afternoon that brings a chill normally reserved in northern France. In the early laps it showed, as he dropped from first to eighth. But by lap number eight Marc had worked it out; adjust his movements, braking and being kind on the throttle. Eight laps (or just under 15 minutes) in, he was the fastest rider on track.

In some respects, Alex’s efforts on Sunday were spookily similar (by the eighth circulation he was lapping faster than the winner Danilo Petrucci). But in others there is evidence to suggest this was even more impressive than Marc’s feat seven years before. First, he was on the front foot from the start, gaining eight positions on lap one. “I attack on the first corner that was a little bit risky,” he said after. His ascent through the top ten was deeply impressive. And in the closing laps he was gaining on Petrucci despite having words with himself. “Two laps to the end, (I said), ‘Take it easy, Alex. Don’t crash now.” Even the impassive Alberto Puig was moved to state: “I think now a lot are starting to understand what we saw when we hired him for this and for the next few years.” Quite.

On the whole, there has been plenty to admire in Alex’s rookie campaign. These haven’t been easy circumstances to step into the snake pit that is MotoGP currently, where lapping 0.4s off the pace leaves you outside the top ten. Remember, he learned of losing his seat in Repsol Honda before he had even raced – not exactly a show of confidence in his early potential during testing. Injury has dogged Marc and Cal Crutchlow all season, leaving Honda dependent on Alex and Taka Nakagami for results, a far from ideal situation for a rookie.

Then there’s the bike. By all accounts the 2020 RC213V is not an easy animal to tame. It’s no coincidence two of its riders have endured the worst injury-plagued campaigns of their careers when attempting to ring its neck. Adjusting the bike to Michelin’s 2020 rear tyre has been tough. The added edge-grip has been great for the class’s inline fours, bikes which run wider, sweeping lines. But Honda’s machine aims for the apex when hard on the brakes, requiring different lines and braking style than before.

It’s also clear there were some miscalculations regarding the inertia of the 2020 RC213V engine, depriving their riders of what is Honda’s strongest weapon: strength on the brakes, entering the turn.“It feels like we have a lot of inertia, which is pushing the bike in corner entry,” explained Crutchlow in August. “You have to hold the [front] brake a long time, which makes the rear tyre lose full contact with the road. Then when you turn the bike and open the throttle you’re on the wrong piece of tarmac.”

Yet Alex has kept his head down. He has learned from those two difficult years when he first came to Moto2 that little good comes from crashing regularly. Yes, his qualifying record is poor and there have been some iffy results when points have got away from him. But name me a rookie campaign (other than his older brother’s) that hasn’t had its share of lows.

He’s shown a capacity to learn quick. Take the back-to-back races for example. Alex’s time at the Andalusian Grand Prix was 9.1s faster than the previous week’s Spanish Grand Prix. He was 16.9s faster over 27 laps at Misano 2 compared to Misano 1. Those are huge gains to find in seven days.

You know a rider is doing something truly impressive when Cal Crutchlow (the man that Alex will in fact replace at LCR Honda in 2021) is moved to offer praise. Back in Barcelona, the Briton was quizzed about Alex’s performance at the previous race, the Emilia Romagna GP. “He rode a fantastic race. A superb race. You have no idea how hard the Honda is to ride as a rookie. And he’s learnt very well. He’s finished all the races. He’s doing a good job. He’s getting on with it.”

The last point stands out. Compare Alex’s box with Jorge Lorenzo – the rider who was supposed to be there in 2020 – a year ago. There have been no tempers, no critiques of Honda said in the heat of the moment, or no loss of motivation in light of bad results. The 24-year old has faced this challenge with humility and resilience. Those close to Repsol Honda say his team are responding. It turns out those world titles in the junior classes, which came fighting Jack Miller and Brad Binder no less, didn’t turn in his favour by chance.

I guess this isn’t surprising. It feels like Alex has been fighting to prove he is more than just the brother of a certain eight-time champion his entire career. Being Marc’s sibling carries its own weight. “(It’s) extra pressure,” he told me last year. “It’s easy to control when the results are coming easiy. Like in Moto3 the first year I was already there, then world champion the next year. Then everything was really nice. But bad results came in ’15, ’16, a lot of crashes. Then in that point it’s difficult to control. Because the people were trying to compare me with my brother. It’s not easy to be compared with Marc. But I learned from that year to control this pressure, to not think about what the people are thinking about you. Now I know that I made my own way, my career.”

Despite his surname, Alex has had to fight for everything he’s earned in his career to date. And Sunday’s race was evidence that he’s yet another (if more familiar) name his older brother must be wary of when he does eventually return. 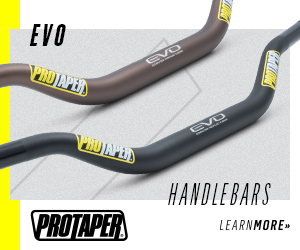