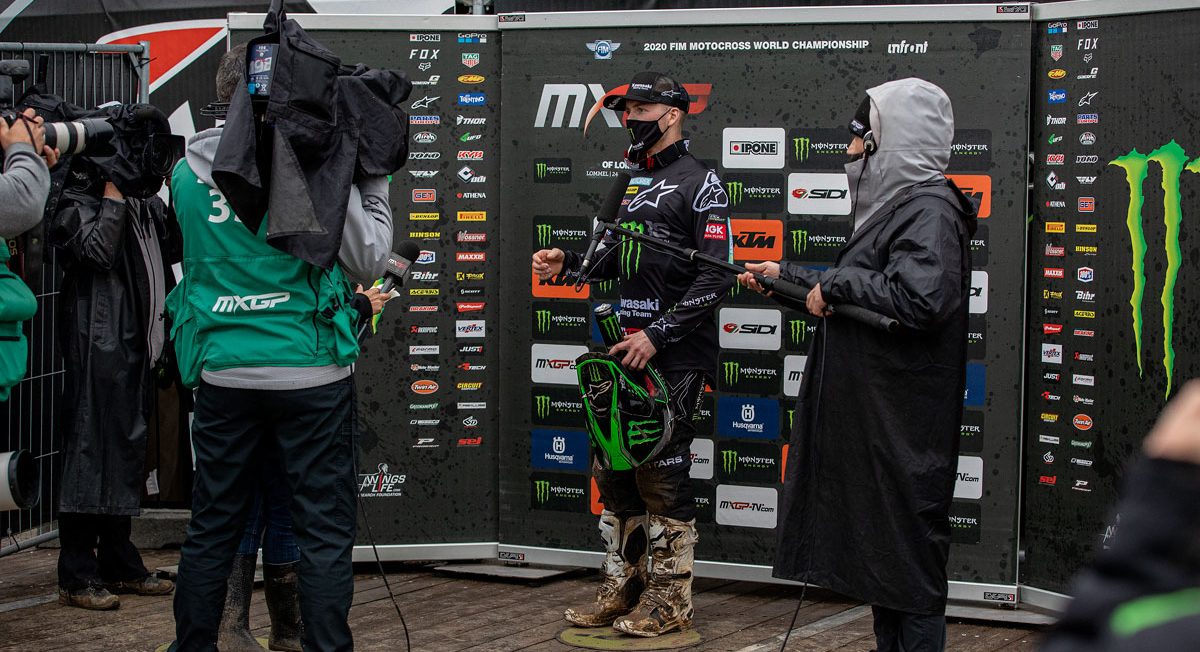 The shape of 2021 MXGP seems to be taking shape even if the schedule needs to be as flexible as possible to deal with the changing scenarios for international travel and fan attendances. Infront Motor Racing CEO David Luongo admitted that the company are “aiming to run the 2021 season like normal” but will also be “ready for all scenarios”.

After the unsettling period for many motorsports in the first phases of the lockdown that saw cancellations, postponements and re-writing of 2020 fixture lists, Infront are waiting later than usual to publish the latest line-up of provisional dates. Calendars are usually fixed and announced at the end of October and/or around the time of the annual FIM congress.

Infront want 2021 to reach 20 events and the Motocross of Nations and are delaying the launch of the season to the middle/end of April. “Hopefully there will be a vaccine ready by then,” says Luongo “we will finish at the beginning of November with the goal for 2022 to return to the normal timing from February to end September.”

The promoters will have a Plan B and Plan C ready depending on the public health ‘landscape’ but they will have little room to manoeuvre as another year without fans at the tracks could be potentially ruinous. Of the thirteen rounds held so far since the championship restarted in August there have been a limited number of spectators allowed at the Latvian triple header, the final race of the Faenza triple and at Mantova. Infront were forced to close the doors at Arco di Trento, despite initially allowing tickets to be purchase because of the worsening state of the pandemic in Italy.

“As we say always: the goal is to save all the championships and the employment and now we have the experience of this year,” Luongo states. “Therefore, we have 3 different plans: the normal one, the partially-normal/partially-Covid-19, and the full Covid-19, but it’s also clear we cannot afford to lose the same amount of money as we did this year.”

Society patiently waits for a Covid-19 vaccine and what could be a major feat of modern-day medicine (considering the time scale).

For MXGP’s 1000+ people crossing borders to race and work and accumulating thousands of PCR tests any sort of effective treatment would be a step closer to normal competition. Aside from the health aspect there is also the sporting effect, as seen with Jorge Prado’s recent positive diagnosis and the loss of a late charge at the 2020 crown due to isolation and missing at least two Grands Prix. “We believe a vaccine will change a lot of things; first to protect the weak people, then to take away the overall fear and this will also help the governments to make more pragmatic decisions,” Luongo says. “We really hope this will work and by January/February it starts to be over. Once a vaccine is working then people can start to travel and work freely.”

Allegedly the Grands Prix of Russia and Turkey will return to the agenda and could be the furthest MXGP travels if trips to Indonesia and Argentina are not cleared.