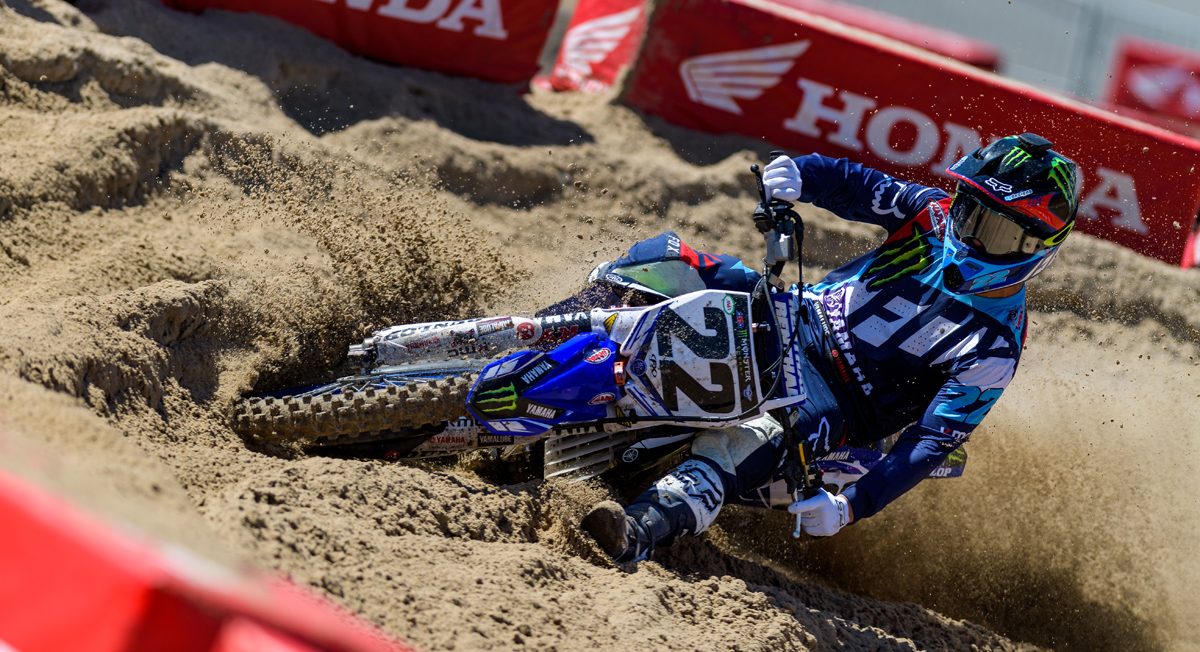 What Chad Reed did next…

We’re just over a month away from Anaheim and yeah, where in the heck did the off-season go anyways? Mostly everything is set over here although there are some smaller teams coming out with press releases here and there.

We’re waiting to see how the #94 of Ken Roczen is going to be after most of the year missed with a gruesome arm injury although underground reports I’ve heard are that he’s as good as ever. Then again, every rider before the season has never felt this good and the bike has never been better so excuse me while I hesitate on awarding Roczen the championship like I’ve heard some industry people do.

One thing that’s not really out there yet is just what in the heck is two-time 450SX champion and legend Chad Reed doing for 2018? As we know, he’s parted with his factory Yamaha team after Vegas SX this past year and all through the off-season we saw Reed, through his social media channels, trying out some different bikes.

Then came the Red Bull Straight Rhythm where Reed, on a YZ 250 two-stroke, over-jumped a section and blew out his ankle. This left his plans up in the air and truthfully, if he had called it a career right then I wouldn’t have been surprised.

But in speaking to Reed, it seems the plan is still on the tracks with him in a fun-mover-type of hauler, riding a Husqvarna with help from Pro Circuit and wearing his trademark Shift gear. The injury, without him getting too specific with me, will be healed and he’s planning on being at Anaheim one but admittedly, he’ll be behind the eight ball and won’t be at 100%. 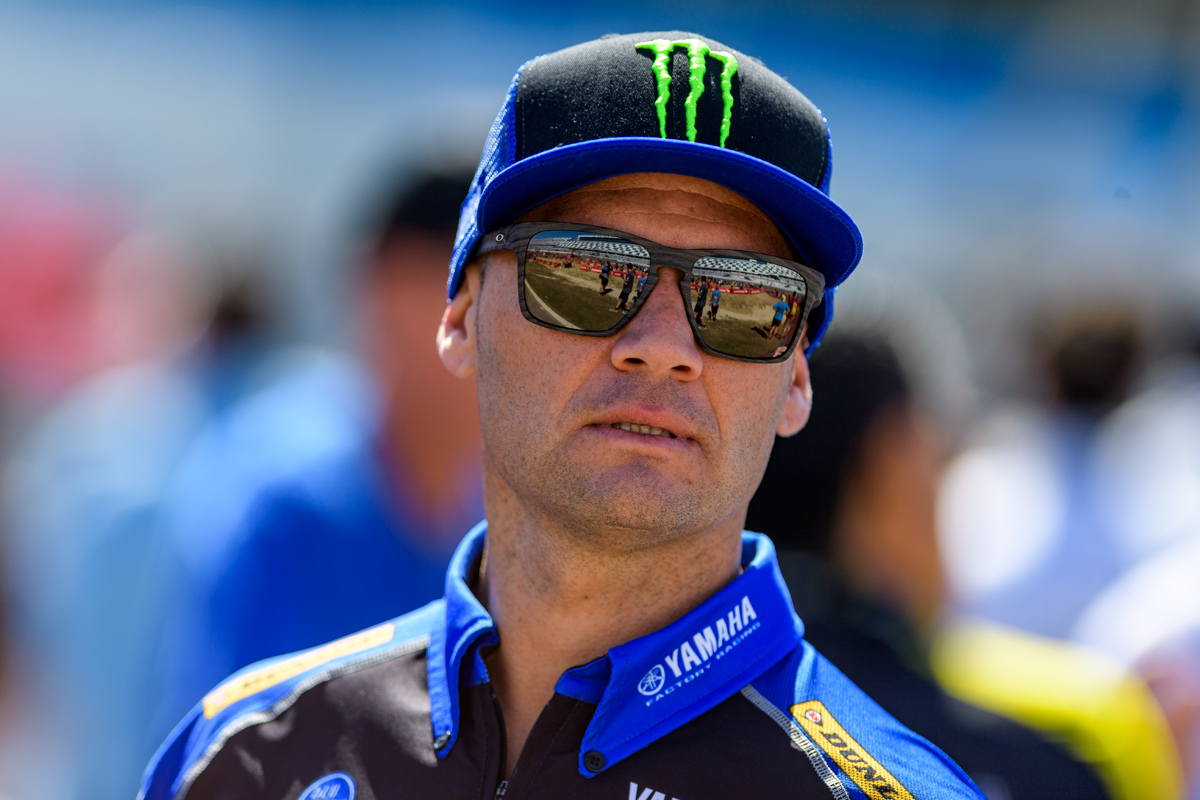 “Normally I was planning on going right into boot camp after the Straight Rhythm” Reed says “But now I’ll have nine weeks off the bike and all told, I think I have about six hours on one since Vegas!”

Clearly it’s going to be a reach to think that Reed, with his own program and coming off injury can be the rider he once was but as “bad” as 2017 went for the 22, he STILL made a podium and probably would’ve won Vegas if he hadn’t been torpedoed by a Husky rider that was told to help Ryan Dungey win the championship.

Do we know who his title sponsor is? Nope? Truthfully a lot about his program is up in the air and he didn’t open up too much with me about it.

Still, there’s an air of optimism for Reed in that when he gets up to speed he’ll be in the top five or higher and those autograph lines will be long. There are riders that win and don’t move products and riders that don’t but do. Reed’s in the second group and there’s always the potential that if he’s feeling it, it could happen. 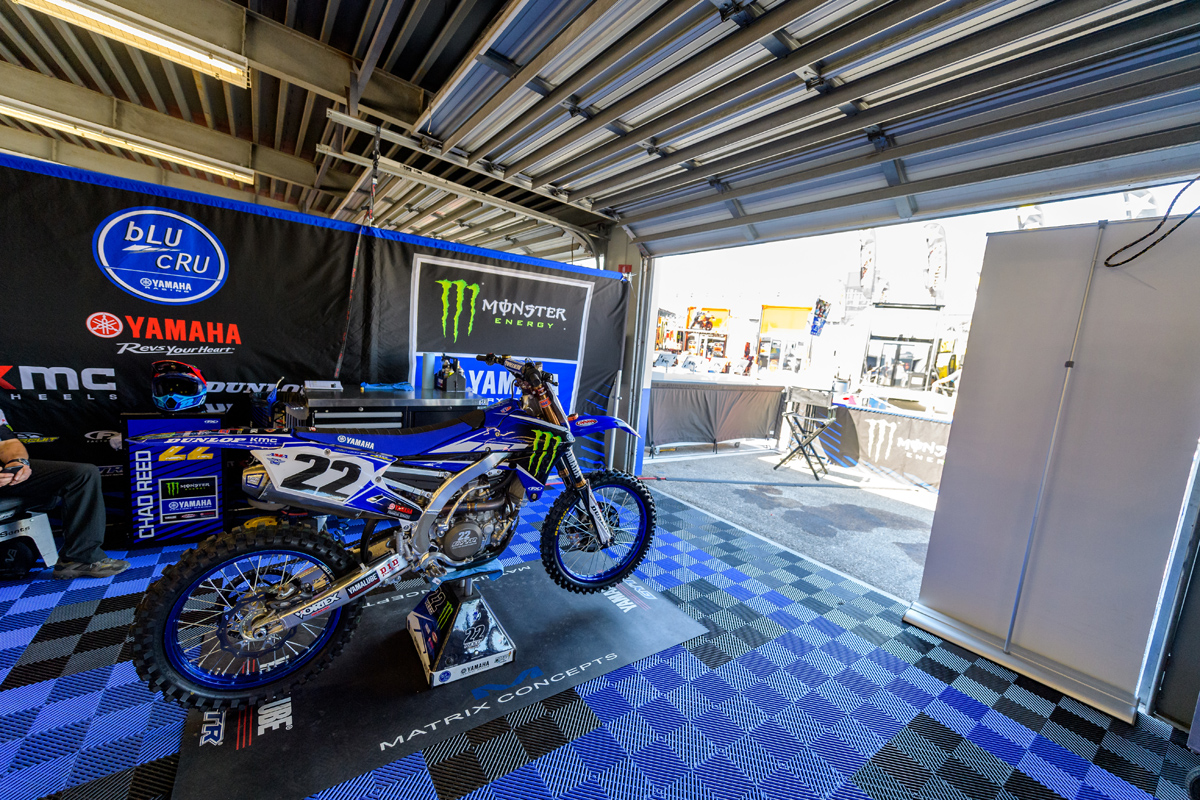 Don’t laugh, when Reed rode off the track at Millville in 2010 on the factory Kawasaki it was the end of a miserable season for him. No supercross wins, an injury and one lonely motocross win for the Aussie and many in the industry wrote him off.

He took a production Honda, bought a semi and started a team. A few top fives later and then came a podium. Two weeks after that he grabbed a win in San Diego that Reed himself says he wishes he had enjoyed more back then. His eye was on a greater prize. Soon after the win a factory Honda found its way to him and the second, or is it third or fourth?- act of Chad Reed’s career started.

I’m not sitting here saying that he’s going to be a title contender like he was in those Team Two-Two days but count him out at your own peril. He’s on a bike that he likes and chose, he’s doing whatever he wants to in terms of mods for it and he’s happy. That’s a dangerous combination for Reed. I wouldn’t look for fireworks early but give him some time and the old guy might pull a rabbit out of a hand one more time.