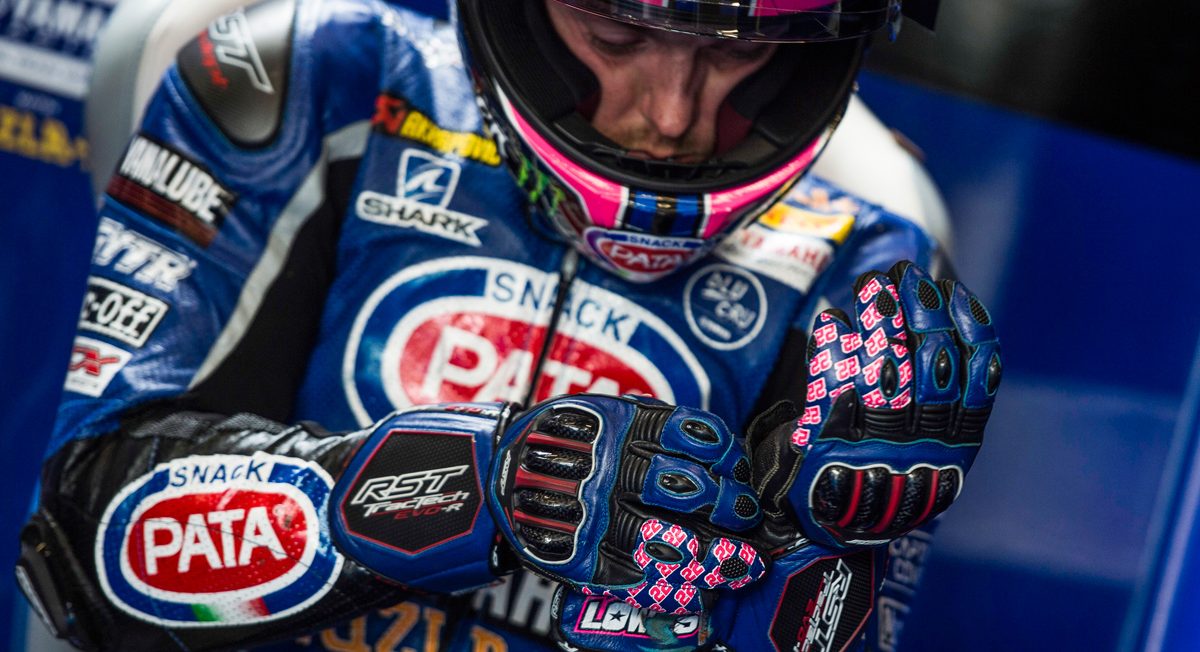 Back in February 2015 I was on the way home from Phillip Island, wandering around Kuala Lumpur airport during a stop off in the flight, when I came across a rider sitting on his own, thoroughly dejected and looking broken.

Alex Lowes had gone into the race weekend on a high, having been at the top of the time sheets in the final pre-season test at the Island circuit. In race one he finished ninth, 21 seconds down on winner Jonathan Rea. Race two was even more disappointing for him, crashing out on the first lap. I remember speaking to him as we waited to board and he was at a loss as to where the speed from testing had gone during those races.

A month later he would be on the podium in Buriram, the smile was back and it looked like he and Suzuki would be a force to be reckoned with in 2015. However, from there on the outcome never really lived up to the potential and Lowes often cut a downbeat and frustrated figure around the paddock, even after the Crescent Racing team swapped manufacturers to Yamaha at the start of 2016. 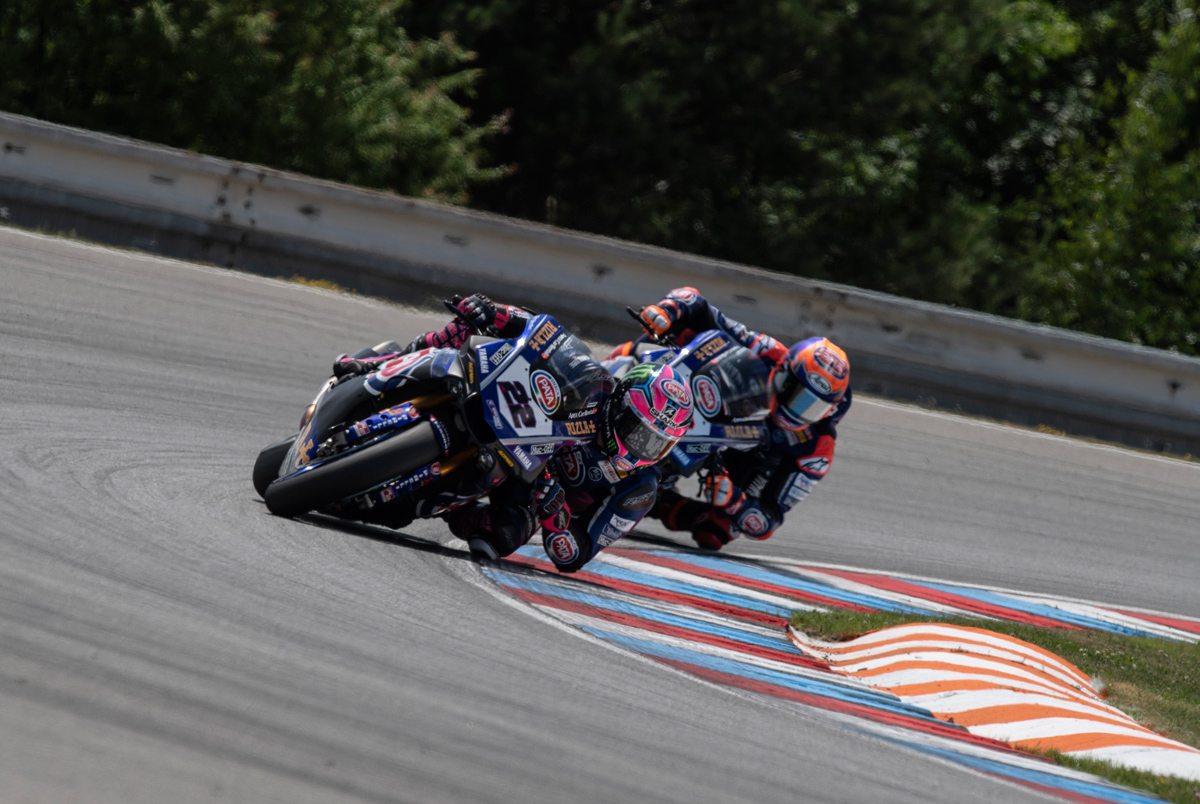 Fast forward to the weekend just passed in Brno and I had to photograph Alex and the Yamaha team on Sunday evening after he had just taken victory in race two ahead of team mate Michael van der Mark. This time I came across a man who still looked to be lost in his thoughts but this time at the other end of the spectrum.

Parc ferme at the podium is always filled with emotion but on Sunday it was at a higher level than normal. Yamaha had just taken their first one-two in WorldSBK since race two in Monza in 2011 and Alex Lowes had won his first race in the world championship. It was so nice to see him so overjoyed during his post race TV interview that he had to stop to regain his composure. When I spoke to him as we set up the photograph I don’t think his achievement had really sunk in.

The last couple of races, Brno and Donington, also took me back to a conversation I had with Yamaha team boss Paul Denning in Misano in 2016. We were talking about the technical regulations and what could be done about Kawasaki’s dominance in the series. He was very open and candid that it was up to his team and Yamaha to test the race package, work hard with the riders and bring themselves up to the level of Kawasaki and Ducati.

The resurgence of Yamaha is certainly something that the championship overall needs and it was noticeable that there was a muted sense of excitement amongst the organisers that a serious alternative championship contender had arrived. The hope is that it will continue.

The rider merry-go-round in WorldSBK is still spinning, but the first piece of the puzzle has fallen into place with Jonathan Rea renewing his contract with Kawasaki until 2020. My feeling was that once JR had put pen to paper everything else would fall into position. However, it now seems that the destination of his team-mate Tom Sykes is the crucial key for any other rider movements. 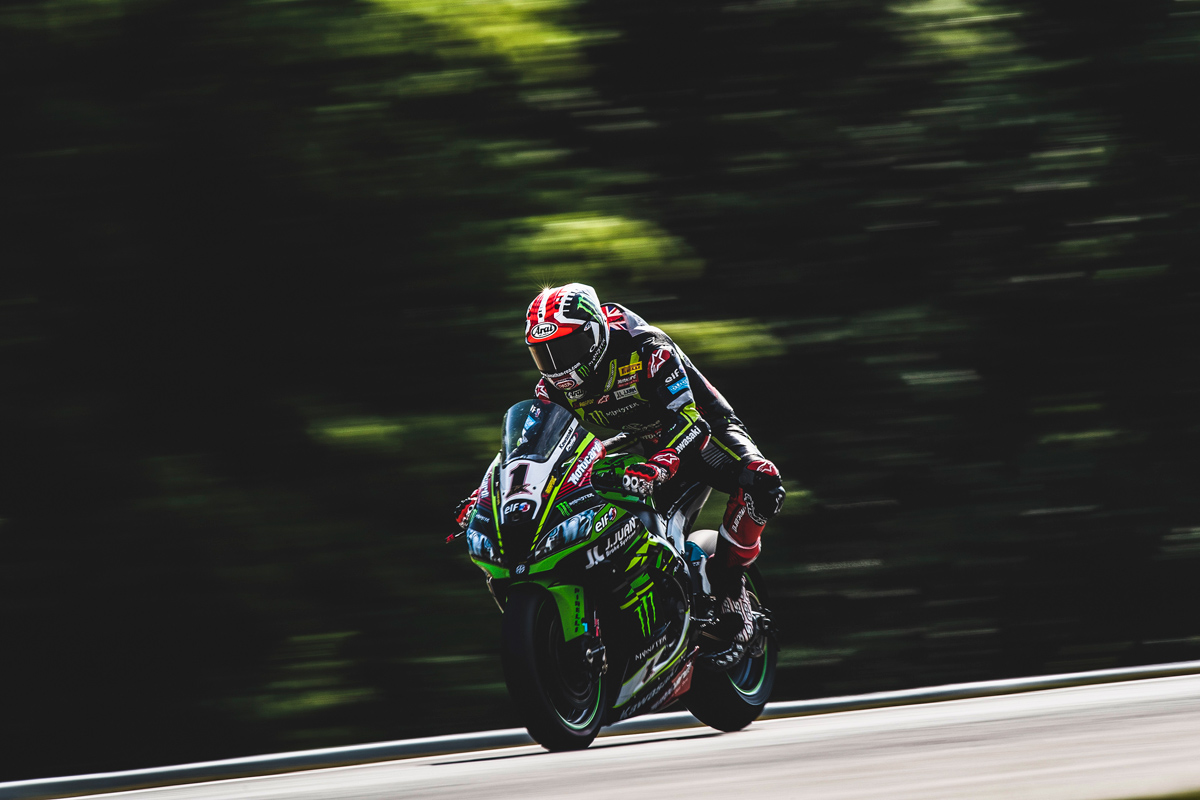 It is being increasingly reported that he is actively looking to move and that Yamaha are top of his list but given the most recent performances of VD Mark and Lowes, why would they want to get rid of their existing riders? If that is the case, and as reported Ducati keep a hold of Davies and Melandri, Sykes’ options become a bit limited. The other factor to take into account is his Kawasaki crew chief Marcel Duinker. The Dutchman has been with Kawasaki for 14 years and has been an integral part of their success in WorldSBK having also worked on their MotoGP programme. Given their very close working relationship would Sykes be happy to ride for another manufacturer without having Duinker beside him; or would Duinker sever that long term link with Kawasaki and go with Sykes?

Another rider to throw his hat in the WorldSBK ring at the weekend was Scott Redding. The Brit has been dropped by the Aprilia MotoGP team for 2019 and is now considering his options, stating in an interview with UK outlet BikeSport News, that he is not happy in MotoGP because he has no chance to win races. He raises the point at an interesting time. Even whilst Rea had signed to Kawasaki, questions were still being asked at the weekend GP in Barcelona as to why he hadn’t moved to MotoGP. Redding’s comments kind of sum it up. Rea had been offered the Aprilia seat in MotoGP but if Redding thinks that there is no way to achieve a result because of the machinery, why would JR be in any better a position?

I am not sure what options there would be for Redding in WorldSBK either. BMW are still to make a decision on whether they will bring another team into the paddock, but if they do Markus Reiterberger will surely be one of the riders. It was also rumoured in Brno that the UK outfit Hawk Racing are exploring the possibility of running with Suzuki in WorldSBK. However, if they did the indications at this point are that it would be a one rider team with their current hot shot Brad Ray.

Aside from Sykes there seems to be very little wriggle room at all and any new riders looking for a seat on a Superbike will likely be in a similar position as those heading in the opposite direction in that a berth in a satellite team is all that will be on offer. Redding had previously said he would rather retire than ride a Superbike so it will be interesting to see where he ends up. 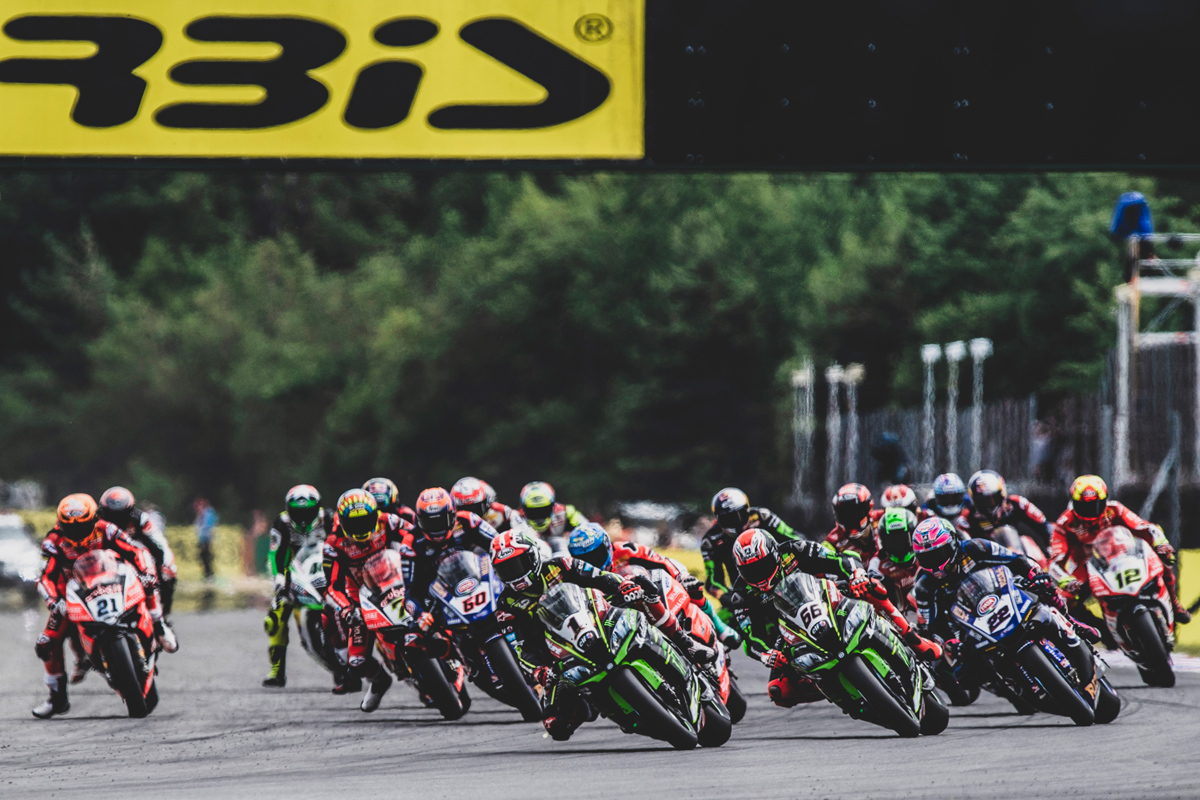 It was somewhat ironic that Dorna announced at the weekend they had reached a preliminary agreement to hold a MotoGP race in Brazil at a new circuit in Rio de Janeiro. One wag on social media summed it up perfectly that ‘Dorna has signed an agreement with another building site’.

The news comes at a time when the WorldSBK race is Argentina looks ever more unlikely. The organizers of the World Touring Car Championship have cancelled the planned race in August at the Termas do Rio Hondo circuit and Argentina is absent from the 2019 Dakar Rally route as a result of ongoing financial difficulties in the country. With the Villicum circuit in San Juan still under construction it is difficult to imagine how everything will be completed and for the sums to add up to be able to hold a race in early October this year. That said it is still on the calendar so we will have to wait and see.

There is also a huge question mark over the proposed race at the Lake Torrent circuit in Northern Ireland, to be held in 2019. The organizers of that race were due to fly to Donington for discussions about the project with Dorna but allegedly never turned up. There are no updates available on a schedule for the work to be completed so it looks like it will be added to a long list of venues that appeared on race calendars and very quickly disappeared again.