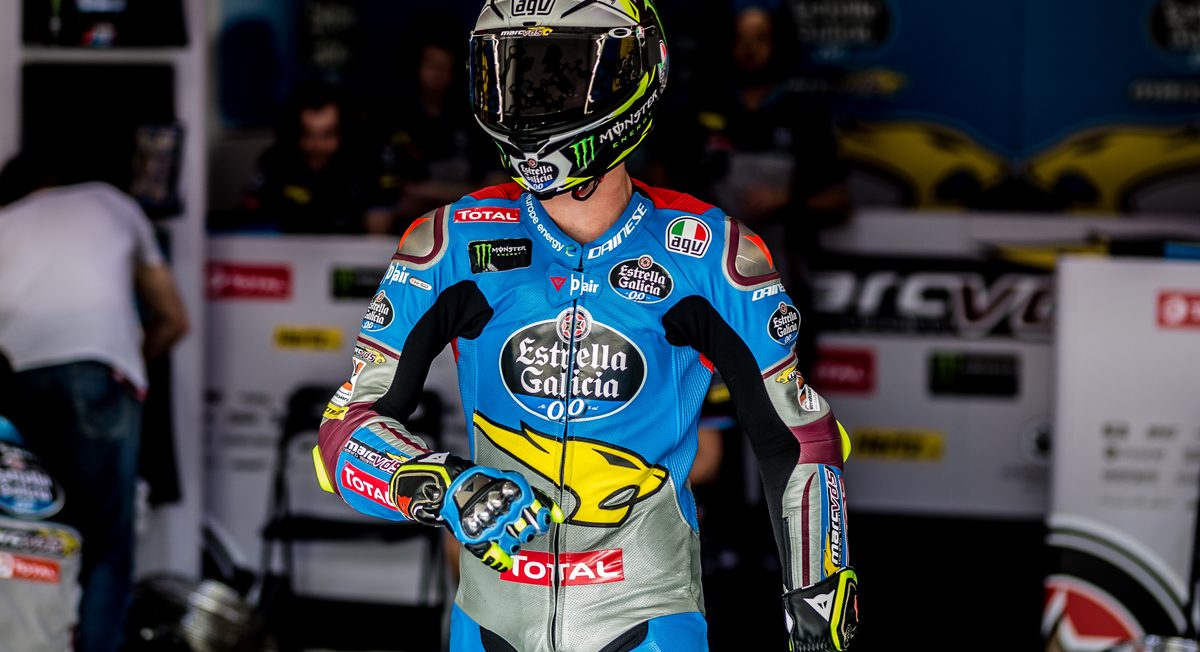 Another race. Another romp. Another slightly awkward parc fermé standoff. For the second round running, a victorious Jorge Lorenzo swaggered, pranced and waved in front of Ducati’s team of technicians while making a point of not acknowledging CEO Claudio Domenicali. Fresh from a ride of immeasurable brilliance – including a dazzling seven-lap spell in which the difference in his times was measured by hundredths of a second, not tenths – this was another timely reminder of what Ducati would be missing in 2019.

But enough of the men in red. At least Ducati and Domenicali, who had previously engaged in the ultimate sin of questioning the Majorcan’s adaptability to the Bologna bikes, had a victory to savour. What of Suzuki, whose nimble, sweet-handling GSX-RR was touted as a possible destination for the five-time world champion in the weeks before the Honda move sent shockwaves and reverberations a good deal stronger than Lorenzo’s replica celebratory hammer could summon.

How must project leader Shinichi Sahara and team boss Davide Brivio have felt, witnessing the 31-year old strive for metronomic perfection at the expense of spectacle as 2019 team leader Alex Rins endured his most anonymous weekend in MotoGP since returning from a wrist injury last June? Joan Mir, Rins’ future teammate and the man Suzuki bosses moved to sign when Lorenzo was under consideration, had his own day to forget, crashing out of ninth in a surprising Moto2 outing. A first DNF of the year surely negates any chances of the 20-year old progressing to the premier class as a reigning world champion.

For right or wrong, much of the post-race fallout focussed on Ducati’s mistake, and how it had let a prized twelve million Euro asset get away. But, it is right to posit how Suzuki had done the same. The Hamamatsu factory was among the viable alternatives if the Ducati gamble did not work out. Indeed, Lorenzo’s personal manager Albert Valera was in contact with Brivio, considering how the GSX-RR is tailor made for those languid movements, arching lines and ever-so-delicate feathering of the throttle.

Had Suzuki pushed for Lorenzo’s signature, that call to Repsol Honda team boss Alberto Puig in the wake of heading Ducati management’s comments in France may not have been necessary. Surely it was crazy not to get the deal across the line. After all, how often does Japan’s third factory have the chance to sign a rider capable of the kind of on-bike genius Lorenzo displayed on Sunday? This was a unique opening to sign a ready-made race winner and, probably, title contender. 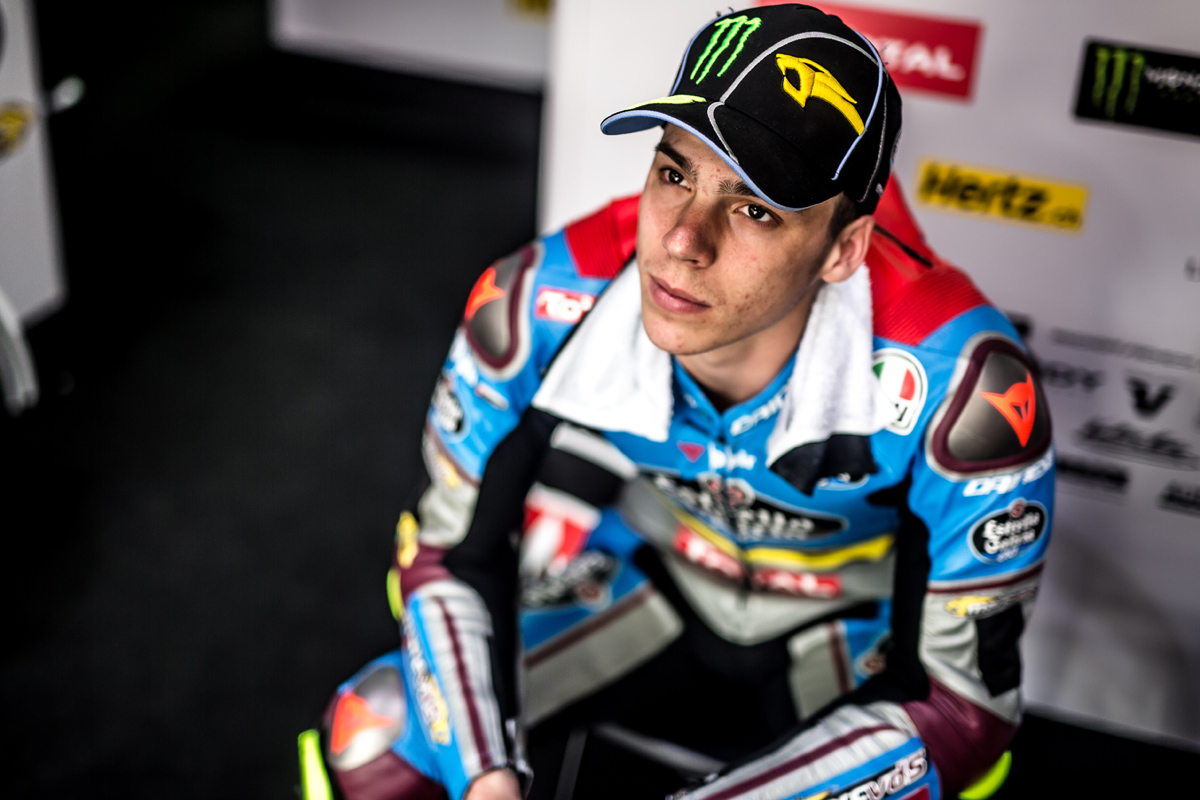 This may come as a surprise, but, speaking to those involved in the decision, Suzuki holds a different view. For in Joan Mir, the factory is convinced it is welcoming grand prix racing’s next big thing into its arms. In teaming him up with Rins, a rider ex-500cc world champion Kevin Schwantz believes to be “one of the guys that could give Marquez a run for his money” in the coming years, Suzuki believes it will possess two ready-made challengers within a year of investment. “It looks quite challenging,” admits Brivio. “It looks risky. But that’s the way we like to go.”

Way we like to go? Opting for raw talent over three premier class titles, 46 wins (more than half the number of Suzuki’s winning total – 91 – in the Class of Kings) and one of the top three riders of all-time, if Lorenzo’s post-race assertion (thankfully for all concerned he refused to talk of himself in third person on this occasion) that he is one “of the best in history”, is to be believed. Has the factory lost its mind?

Well, firstly, to Lorenzo’s assertion. Unflinching self-belief is a requisite to be considered among the very best. But a certain level of ego is needed to make such a claim. Suzuki has one of those already in Andrea Iannone and that relationship has been far from straightforward. Lorenzo would be one of the first to admit he is a total perfectionist. Anything that falls below his immaculate standards would be met with a raised voice and waved arms. 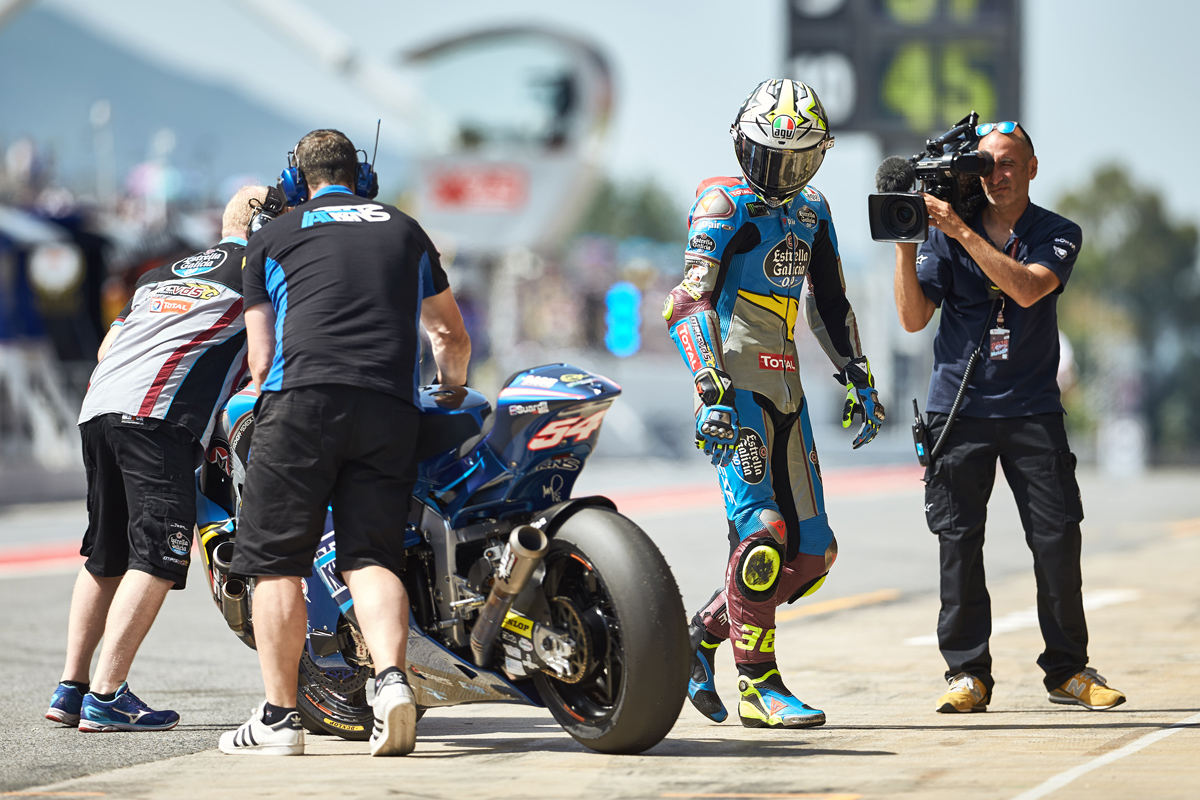 Reading between the lines, Suzuki was not only seeking a talent, but a rider who buys into the project, and whose temper does not sour its open, friendly air. Brivio’s comments are revealing when he states, “One of our strategies has always been to get the rider that really wanted to be at Suzuki; not the rider that must go to Suzuki, because there was no other choice, or no better choice.” Just look at Maverick Viñales’ feats in 2015 and ’16, a rider forever grateful he had been given full backing on the biggest stage of all. “It’s very important that he considers being in Suzuki an achievement,” Brivio says. “That is when you get the maximum effort and the maximum satisfaction.” Conversations with Lorenzo’s management didn’t convey as much. Interactions with Mir did.

Fostering a young talent is nothing new to Brivio. Compared to HRC’s vast and near-limitless resources, Suzuki is a small factory with a racing department that pales in comparison its principle Japanese competitors. It has experience helping riders “grow up”, as he says, and operating relatively free of ego – a characteristic that sets it apart.

And while Suzuki has not signed a ready-made race winner to join Rins in ‘19, it’s not as though Mir is a dud. Far from it. The reigning Moto3 world champion is surely destined to become one of the class’ leading lights in the coming years, a rider who combines supreme natural ability with a clearness of thought, a decisiveness that is rarely evident among riders of 20 years of age, and a rigorous work ethic. Rossi may have scored one win more during his cruise to the junior class title in 1997 to hold the outright record. But he did so on one of only a handful of full factory Aprilias. Mir’s ten Moto3 wins in 2017 were achieved at the expense of half the field on identical Honda NSF250RWs.

Claiming his signature was a considerable coup with Honda, and to a lesser extent Ducati, sniffing around. Unassuming but utterly forthright, it was he that told Christian Lundberg, Leopard Racing’s team manager, he would leave at the close of 2016 if they did not switch from KTM to Honda hardware. ‘We made a big effort,” Lundberg recently told me. “We had to buy everything new again. But in the end we were world champions, so…” That conviction, shown at such a tender age, is crucial to make it at the very top. 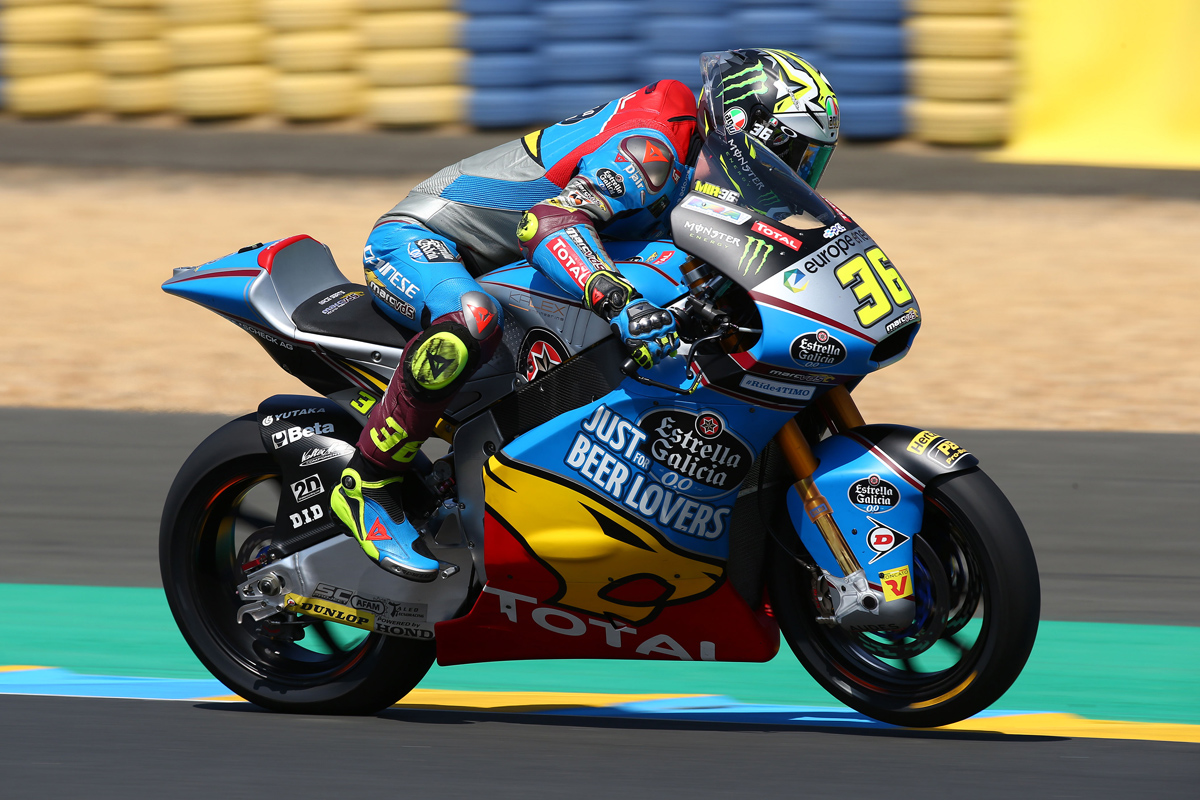 He also works at it. So much so that Mir recently revealed relentless training has caused tendonitis in his left arm. Lundberg sees similarities in his approach to MotoGP’s current champion. “When Joan’s training he’s always trying to save the front closing, to save the high-side. He’s pushing on the limit his bikes – supermotos, motocross, every bike. This helps. He feels the limit much more than every other rider that I had before. His way of training is with this goal; to manage really complicated situations on the bike, the same as Marquez does in MotoGP.”

In just his third Moto2 race in Austin, Mir was already showing race winning potential. After forging a similar path to the top, Viñales needed just seven outings in MotoGP to be challenging the top six. If his younger countryman is afforded the same support and the same belief, Mir’s impact on the premier class should be along the same lines. Lundberg’s in little doubt: “MotoGP is difficult. But I’m sure he will be there fighting very, very soon.”

Brivio and his Japanese bosses agree. In choosing Mir, Suzuki has stuck to what it knows, saved on Iannone’s salary (a reported €3 million), and hired a talent that could be challenging team-leader Rins by the season’s end. Who knows how high a level Mir will be hitting by 2020. But going off recent history, surely a Honda-mounted Lorenzo won’t be a million miles away.