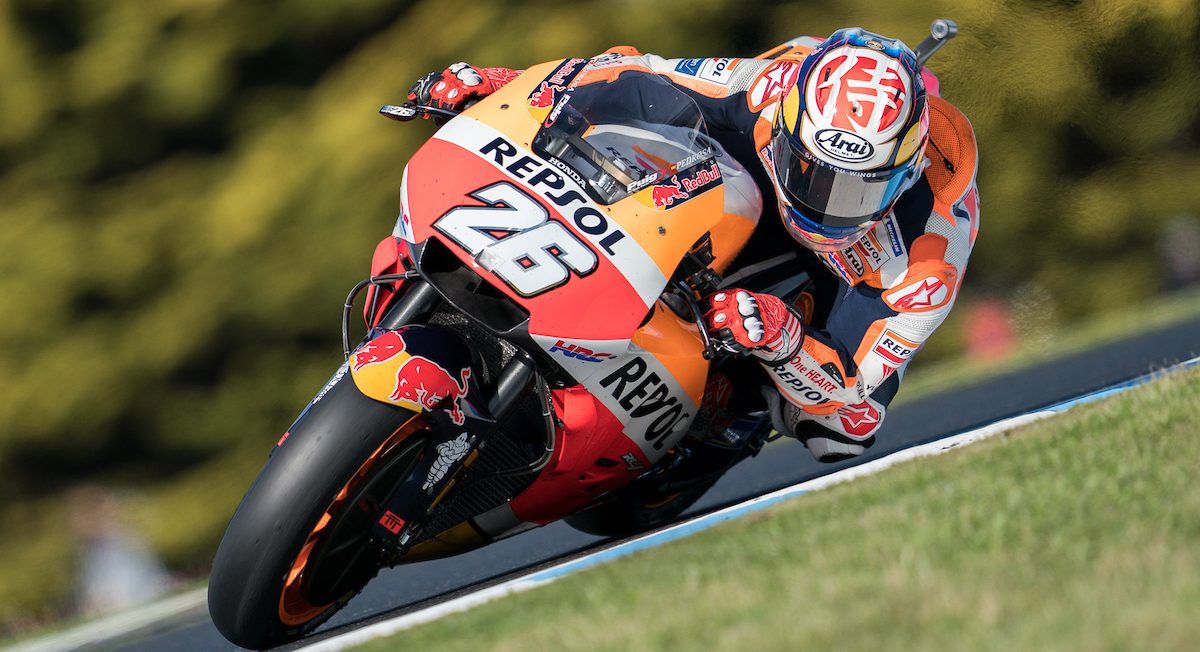 More than one last pay cheque?

There has been something disheartening about Dani Pedrosa’s final year in MotoGP. Off the back of losing his seat in Repsol Honda, it has been a disservice seeing a great champion match and then break records for worst grid placing, race results and time without a podium appearance.

All the while he has spent much of the year off the bike recoiling in the face of a consistent line of interrogation. ‘Why is he finishing so far back?’ Or ‘Can he reverse this slump with time on his racing career rapidly running out?’ It’s never fun watching a MotoGP great explaining the reasoning behind a distant seventh or eighth when the other side of the box is celebrating.

If it’s no fun watching, imagine how it must feel living it. Will Pedrosa continue that record of scoring at least one win in each year since 2002 (a unique 16-year run that not other rider has achieved) in the final two races? It’d be difficult to envision in a season where he currently sits outside the championship top ten (with a best result of fifth to his name) as one in which he went out in a trail of glory. 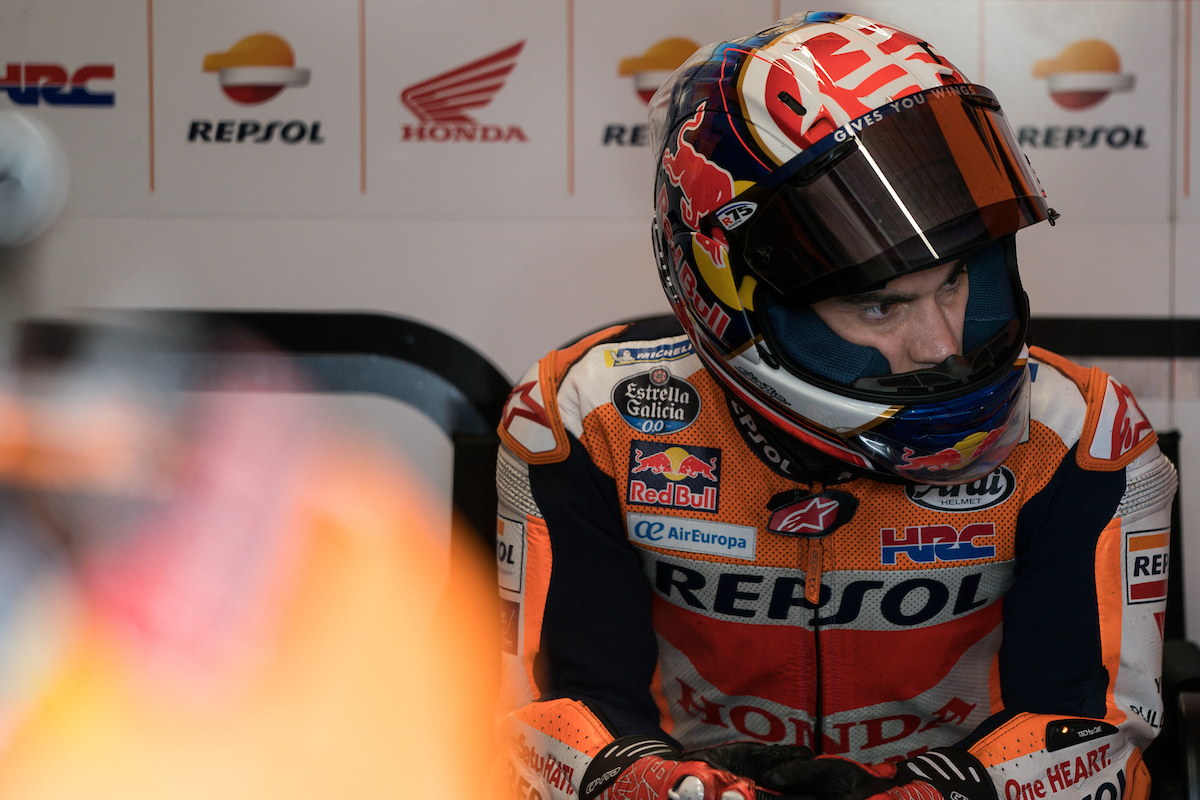 A trail of glory from the racing world, anyway. For the intriguing news that Pedrosa will switch from Honda machinery for the first time in a competitive career that spans 17 years was confirmed last Friday. In KTM’s expanded test team, he will join Mika Kallio for 2019 and ‘20, where the 32-year old is expected to inject top-level expertise into a project that has lost some of its fizzle since the tail-end of a debut season in MotoGP that took us all back in surprise.

A strange appointment, some have said. Not least because of Pedrosa’s eternal association with HRC. It will surely be strange seeing the diminutive Spaniard in a setting outside Repsol Honda, where he has nailed down a starting berth for 13 terms alongside champions Nicky Hayden, Casey Stoner and Marc Marquez. Why change now when there was the possibility or staying on as a brand ambassador for as long as he wanted?

His recent form points to a rider whose eye may have wandered from the main prize of adding to his already healthy win tally in the premier class. While announcing his retirement at the Sachsenring, Pedrosa admitted, “I don’t live racing with such an intensity as before.” Away from the colour, hubbub and intensity of the paddock, the 32-year old now has “different priorities in life,” he told us. Recent results back that up. His crash out of 14th at Phillip Island compounded a miserable weekend, and marked his 16th race without a podium. Only in his debut season in grand prix racing – 2001 – did a series of races without a top three stretch beyond eleven.

Then there is his weight. Standing at five foot two inches and weighing in at 51 kilos, it is well known that Pedrosa is by some way the smallest and lightest rider on the grid. Going off measurements taken at the beginning of this year, KTM’s ’19 rider line up will be at least 13 kilos heavier and eleven centimetres taller. Will his input and liking of components, settings and development direction really be relevant for full-time riders Johann Zarco and Pol Espargaro?

The Spaniard is known for his conservative tastes when it comes to new parts. His continued struggles with Michelin’s control tyres, and the troubles warming them up suggests he may encounter issues no one else in the KTM stable would. 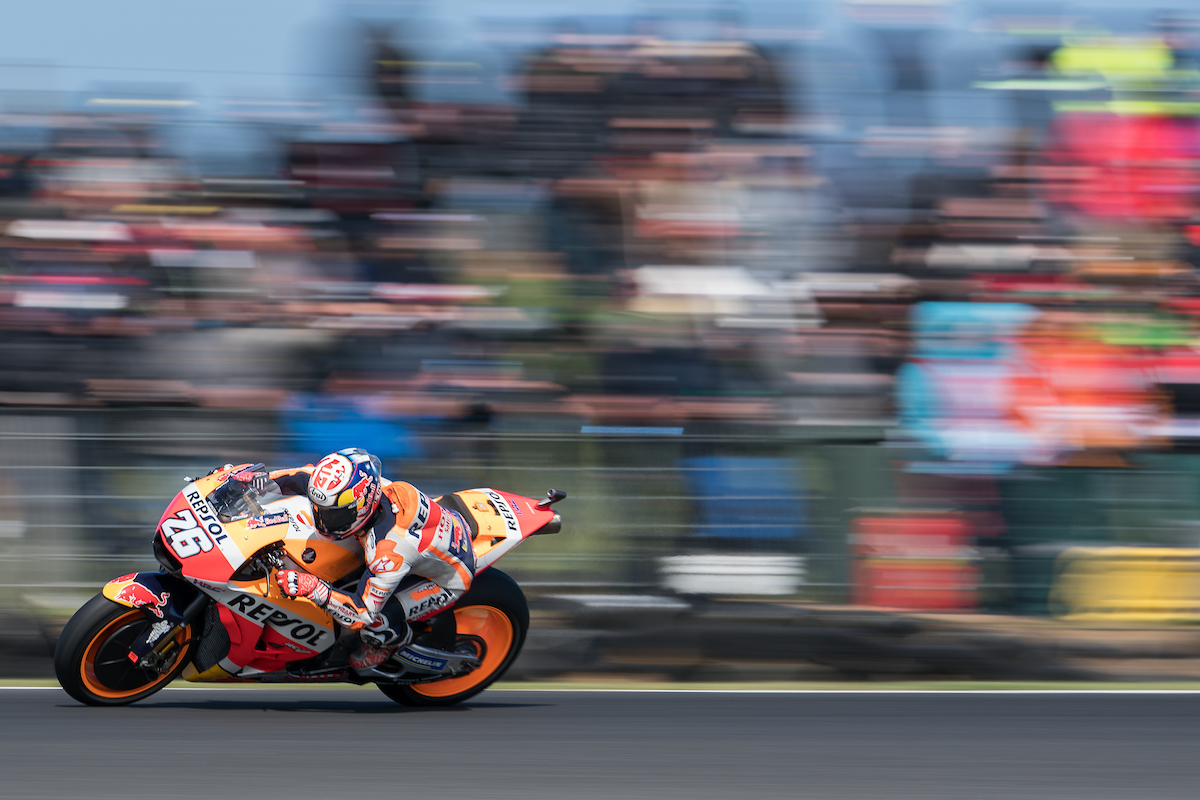 But consider what Pedrosa brings. There is method to this appointment, and not just because KTM has been struggling to kick on from the form it showed twelve months past. Kallio has mostly excelled in his role, but his time in the premier class amounted to two campaigns on satellite Ducatis. And Pedrosa can detail several aspects of how the machine that has won each of the past three MotoGP titles works, crucial information for a project still in its infancy.

Mike Leitner was Pedrosa’s crew chief for eleven years, from 2004-’14, and was partly responsible for a litany of his greatest achievements, namely the two 250cc titles in 2004 and ’05. And he’s completely sure Pedrosa is the right fit. “You have to understand when you start a project from completely zero you cannot take from the first moment a very high value person to bring up. On the test side it’s necessary to make a step in terms of experience,” he says. “He’s an experienced MotoGP rider and he can focus on aspects that Mika cannot because he’s just missing these years in MotoGP. I mean, [Dani] more or less understands how a wining bike or a podium bike should feel.

Pinching a rider of Pedrosa’s calibre may represent something of a coup for the Austrian manufacturer. And Leitner believes his weight – or lack of – can be a positive for a test rider, rather than a negative. One only need look at how easy Casey Stoner and Marc Marquez’s transitions to the Repsol Honda team were. For the Austrian, that was mainly Pedrosa’s work.

“It’s open for every single person to think what they want. But one thing is absolutely clear: especially with his size and especially with his weight he had to work very precisely to be competitive against others. This is actually, for me, a very positive sign for a test rider. 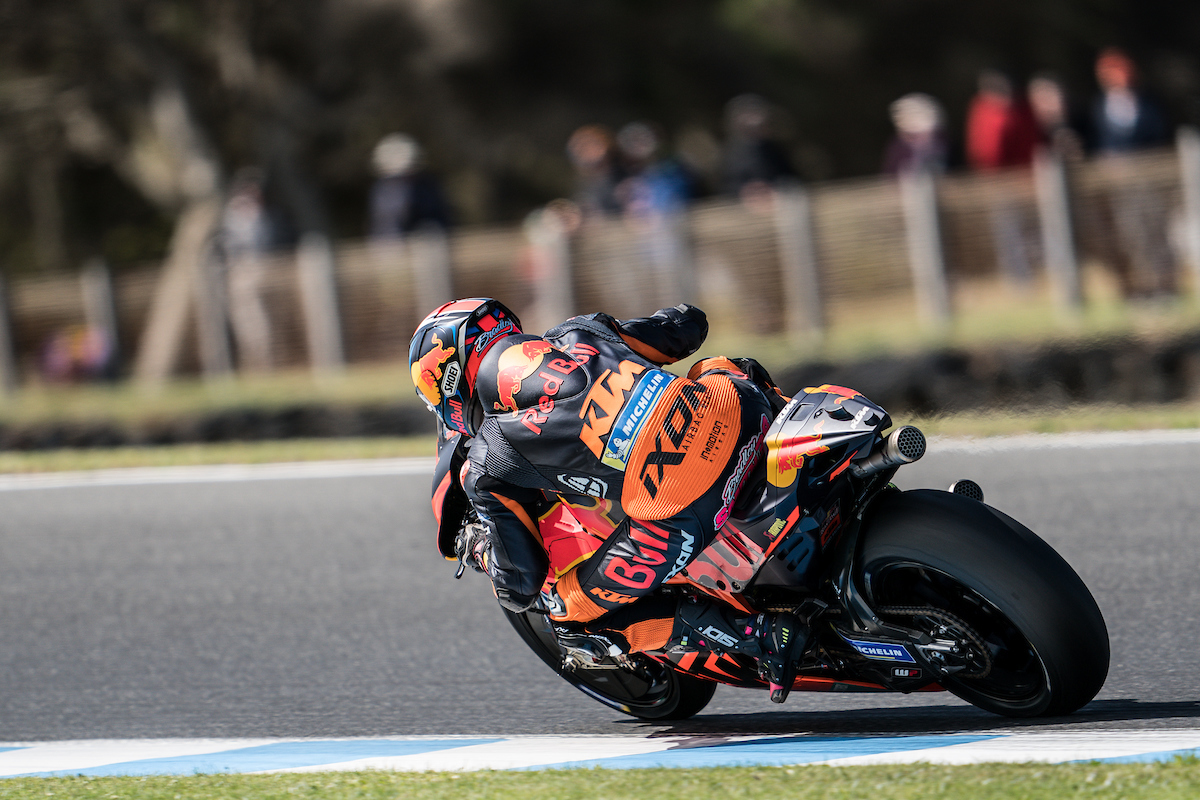 “The history when I worked with him showed me many times that, let’s say, stronger, or taller or heavier riders took over bikes from him, and were always immediately fast. So it was never necessary to build a new bike when Casey jumped in, or when Marc jumped in. Actually they started with this bike that was developed from Dani’s side. This gives me very good confidence that he will do a good job.”

It’s easy to forget Pedrosa placed second and first at the Sepang and Thailand preseason tests. Had luck not eluded him in Argentina and Jerez, he feasibly could have left Andalusia in early May with the championship lead. As it was his learning of Lorenzo’s signing at Mugello put his form in a tailspin.

You feel there is more to his decision to make the move that he let on last weekend: “it’s a young team with high expectations, they are working hard, and maybe with my experience I can give some help to develop the bike in a good direction or maybe a faster way.” The fact he considered the new SIC satellite Yamaha team for so long shows he still has much to give. And just as Ducati did when securing Stoner’s testing services three years ago, having one of the world’s best five riders in the modern era could yet prove an ingenious move.