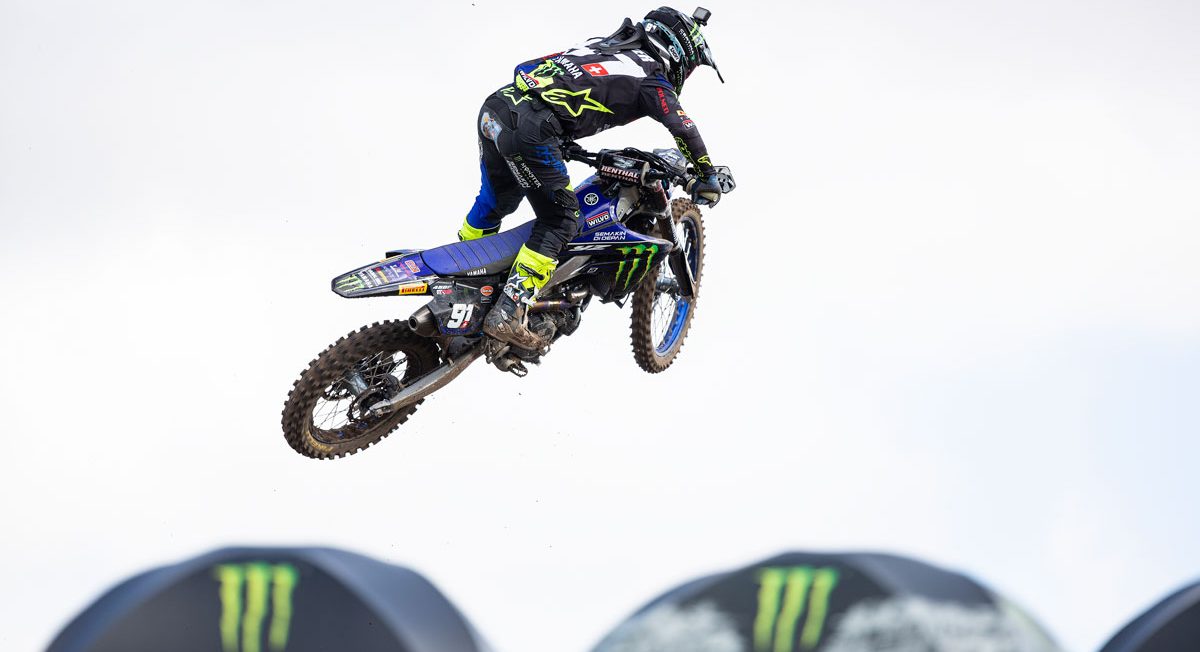 Postponement and rearrangement of at least six Grands Prix in the 2020 FIM Motocross World Championship as well as an unprecedented season climax in November and the Motocross of Nations at Ernee in France due to take place between rounds sixteen and seventeen of twenty means that the competitive landscape has shifted immensely for MXGP teams and riders.

The effects of the COVID-19 spread is not only piling the racing calendar well into late autumn but will impact off-season training, testing and contract status for a number of athletes. The Grand Prix campaign traditionally ends with the Motocross of Nations on the first weekend of October; racers then rest and begin work for the following season before establishing a base training and riding regime up the first few pre-season Internationals in the new year. The 2020 Grand Prix of Argentina on November 21-22 will radically condense this window for 2021.

At present the Grand Prix of Italy at Maggiora (north of Milan and one of the worst affected regions in the country) should restart MXGP on May 16-17, meaning an eight-week break for racers. With many public tracks and gymnasiums now closing across Europe (and emergency services reduced) the level of preparation for the paddock now comes into question.

“We’re faced with a problem that nobody has had before: a two month-break when you are fit and healthy,” commented Britain’s top MXGP representative Shaun Simpson. “It is normal to have that time-off when you’re injured – obviously not ideal – but to be completely ready and then not race for so long is mind-blowing really. I’ve never been in this situation in my career.”

“It is a super-strange situation and something I have never experienced before,” said 2019 #2 Monster Energy Yamaha’s Jeremy Seewer. “It is now a long time to wait and will again be strange to race almost every weekend into November. Of course, we need to re-plan: I cannot be training for two months or more. I need to settle down a bit and have a small break. I will keep my fitness alive but at least calm things down and rest to be mentally and physically ready for a long spell afterwards.”

“It means that I will have been training for a year, since I took up training again last November and I was in great shape,” said series leader Jeffrey Herlings. “This morning I was on my pushbike for three hours because you have to keep fit,” the Red Bull KTM man added. “You have to be ready when you’re allowed to get back on the bike again.”

MXGP had a small taste of an unexpected agenda switch in 2019 when the postponed Grand Prixs of Hong Kong (still to materialise) and China left the series with a five-week hole. Another pause is disruptive but also beneficial for riders like Red Bull KTM duo Tony Cairoli (recovering from injured shoulder and knee) and Jorge Prado (lack of winter riding due to a broken left femur) and Monster Energy Kawasaki’s Romain Febvre (knee).

“There is not much to do and all the tracks are about to close here in Belgium and Holland,” Cairoli remarked at the end of last week after remaining at his Belgian in the wake of the Grand Prix of the Netherlands where he finished 4th overall. “We’ll have a break of at least one week or ten days and hopefully then the situation will be better and maybe I move back to Italy soon. Only gym, a little bit of running and try to not lose much condition. For me it is not too bad because I need to try and recuperate with my knee and shoulder so I have more time for that.”

For riders like Herlings, world champion Tim Gajser, Rockstar Energy Husqvarna’s Arminas Jasikonis and MX2 racers such as Monster Energy Yamaha’s Jago Geerts who have already made podium appearances, the suspension of racing has placed a large bump in their flow.

“Nobody wanted this situation, and I wish everybody good health, but for guys like Prado, Cairoli and Febvre, this is buying them time,” Herlings said.

How will riders tackle the sporting breach? “Maybe we’ll go over some of the work with my trainer that we had to cut a bit last time and go back to the preliminary tests and start again in a certain way and see where we are,” reflects Simpson, who took his privateer SS24 KTM 450 SX-F to 4th place in the second moto at Valkenswaard. “You just need to be 100% sharp and ready to go. It is also tempting to think ‘do I take a three-week break and get rested and ready to go again?’ Or do you keep grinding? These are questions I have and at the moment I don’t have the best answers.”

“From the team side we can work further on the bikes and the set-up to make things even easier for the rest of the season but who knows how bad this virus could get?” the Scot added, alluding to the growing possibility of the Italian round falling victim to more re-organisation and pushing MXGP back to May 23-24 in Germany.

The Motocross of Nations – the biggest race of the year and the flagship spectacle for the sport – could see the teams adopt a more cautious approach to what is usually an end-of-term exercise in patriotism, with another five Grands Prix slated after the trip to France.

The FIM world championship ventures into unchartered territory. Rider contracts (and those of team personnel) can run until October 31st or December 31st and becomes another implication for the look and health of the start gate.

“I have a two-year deal and it runs until December 31,” revealed Seewer. ”It is a weird story for anyone else and there could be a couple of guys who get caught and need to race with their ‘old’ brand when they already want to start with the new one but it is something we have to deal with. Some of the smaller teams with budgets and contracts until October might not line-up; we’ve seen some guys missing at the final races in the past due to other stories and if a contract reason is part of that then we cannot do anything more.”

“Contracts will need to be extended and will teams even want to compete in November with only limited points and prizes available?” Simpson ponders. “Budgets: will sponsors pay up if a season is eventually shorter? Can teams pay for an extra two months of practice and a longer season? Riders will want to be thrashing practice bike in the next weeks…”

As country borders and routines of everyday life continue to tighten, MXGP will also have to squeeze into the gaps but the ripple effect of this summer will be felt well into the next.